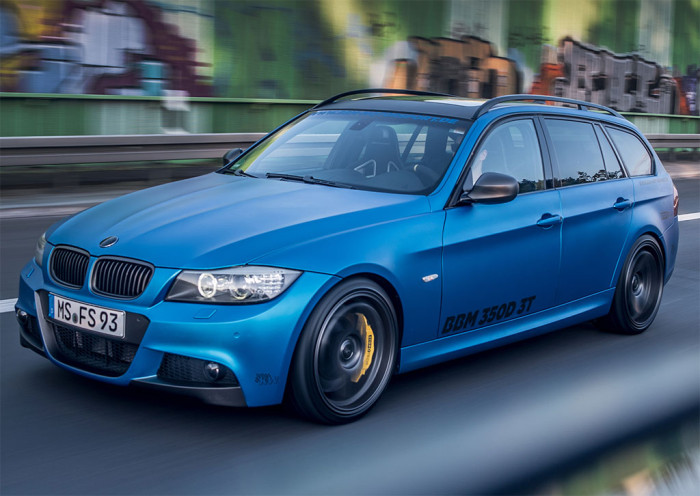 As nice as living in the United States of America is, we’re not fans of this country’s severe shortage of late model station wagons from which to choose. Europeans have a cornucopia of wagons big and small from which to purchase new, but even they can’t go down to a dealer and buy a drunk-on-torque smallish rear-drive diesel wagon capable of doing near-as-makes-no-difference 300 kilometers-per-hour (That’s 186 mph, FYI.). Instead, they have to put in a call into a tuner by the name of BBM Motorsport. 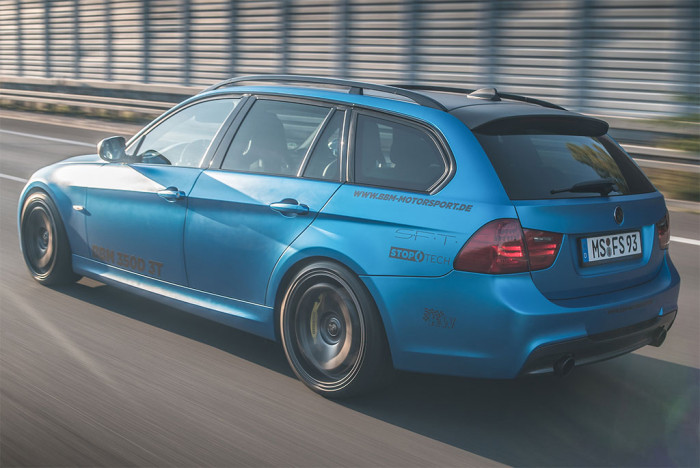 BBM Motorsport, based in the German town of Senden on the southern fringes of Münster, took the previous-generation BMW 3 Series wagon (E91 for those hip to Bimmer chassis codes) you see here and gave it a set of 19” Z-Performance ZP10 wheels, Stoptech brakes, a KW coilover kit and a limited slip differential, as well as Recaro seats, an Alcantara-wrapped sport steering wheel and a few other new interior trimmings. Those things are all nice…but nowhere near as nice as the heart transplant BBM performed. 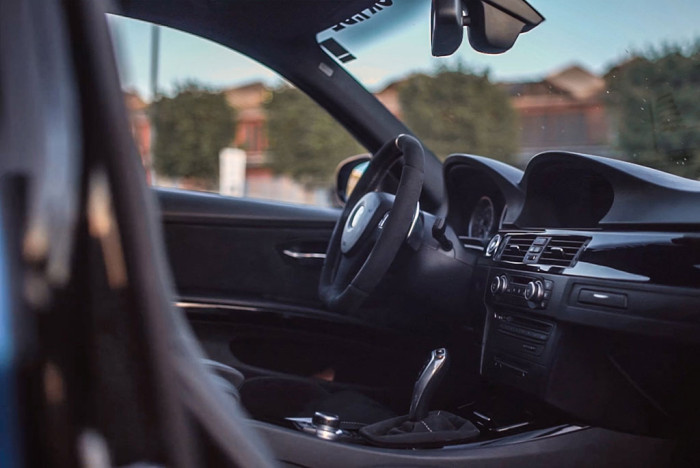 Under the hood of this wicked wagon, BBM Motorsport has inserted the triple-turbo (Yes, triple.) 3.0L inline-six diesel from the M550d, backed up by that car’s 8-speed automatic transmission. In stock form, the engine is rated at 376 horsepower and 546 lb.-ft of torque, however BBM Motorsport couldn’t leave well enough alone, and has reflashed the ECU to elevate output to 434 horsepower and 627 lb.-ft of torque. The tuner says that added oomph will chuck what’s now known as the BBM Motorsport 350d 3T to 62 mph in 4.9 seconds and onward to a 184 mph top speed.

If it was brown on the outside and equipped with a manual transmission, it would be the dream vehicle of about 99.5% of the current members of motoring’s fourth estate; as it is, it merely renders scores of us temporarily incapable of crossing our legs. TMI? Then kindly STFU. 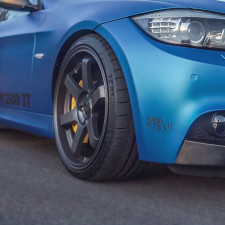 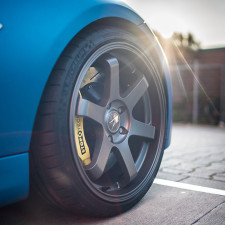 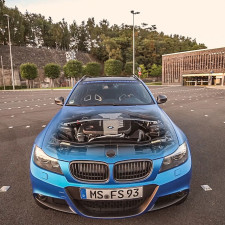