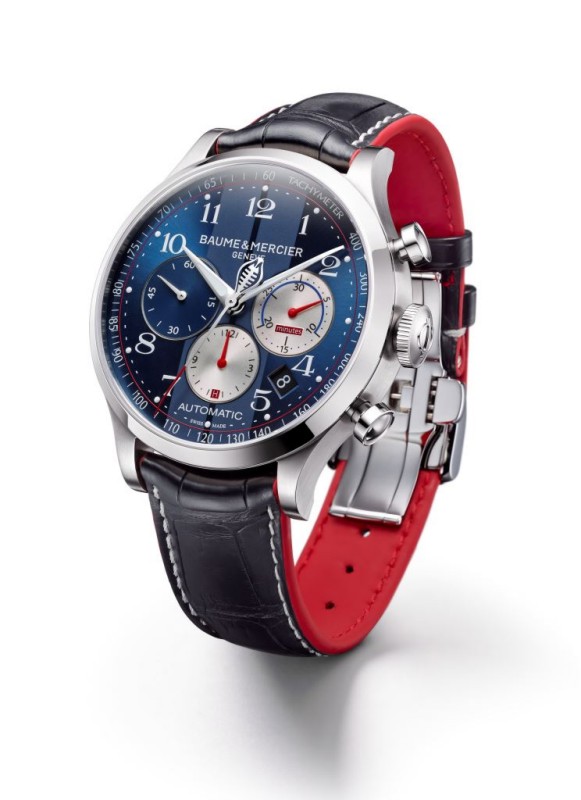 This year marks the 50th anniversary of the Shelby Cobra capturing the World Manufacturers Championship for GT cars, defeating the might of Ferrari. You can bet there will be plenty of events taking place to mark the occasion, and even more items of merchandise doing so will be released. Swiss watchmaker Baume & Mercier has unveiled one such item, and it’s one honey of a special edition watch. 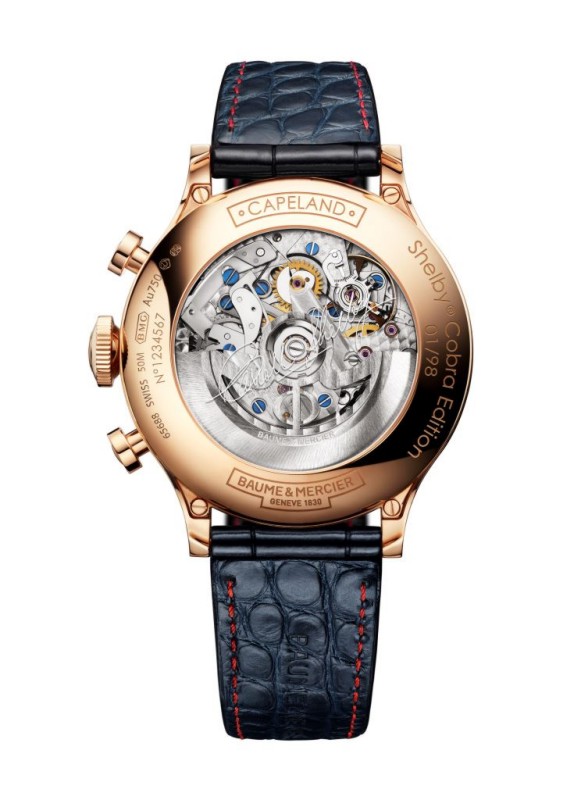 Inspired by the 1948 mono-push-piece chronograph that resides in the company’s museum, this special limited edition version of the Baume & Mercier Capeland men’s watch retains the standard version’s handsome 44mm case with a rear window and self-winding movement with chronograph and tachymeter functions. However, for the Shelby Cobra edition, the firm’s craftsmen also add minute and hour hands designed to resemble the spokes on a Cobra steering wheel, while the second hand features the Shelby snake mascot at its tail. The Guardsman Blue dial features a set of slightly lighter racing stripes, and the back of the watchis engraved with the collection name and production number. 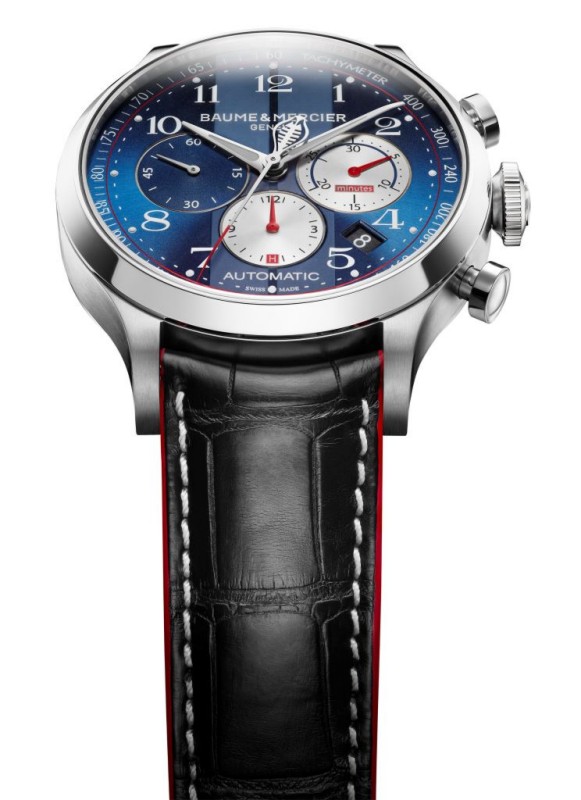 And the production numbers, incidentally, will be quite low: The standard version – the Capeland Shelby Cobra Steel Chronograph – will be limited to 1,965 copies, while the 18k red gold plated version (which also features a unique band with a blue alligator hide inside lining) will only be produced 98 times. Both versions come with a 427 Cobra model, while the red gold version also includes a book chronicling the history of the Cobra. They aren’t cheap ($4,450 and $19,950 for the regular and red gold ones, respectively), but if the Cobra itself is any indication, we’re guessing it won’t be long before at least a couple companies take a crack at making replicas… 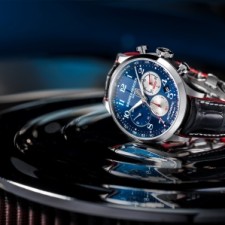 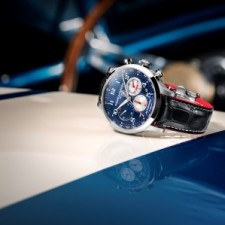 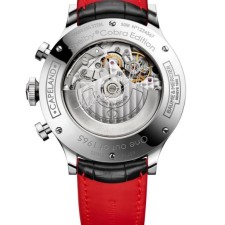 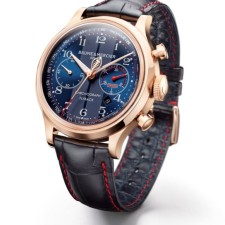