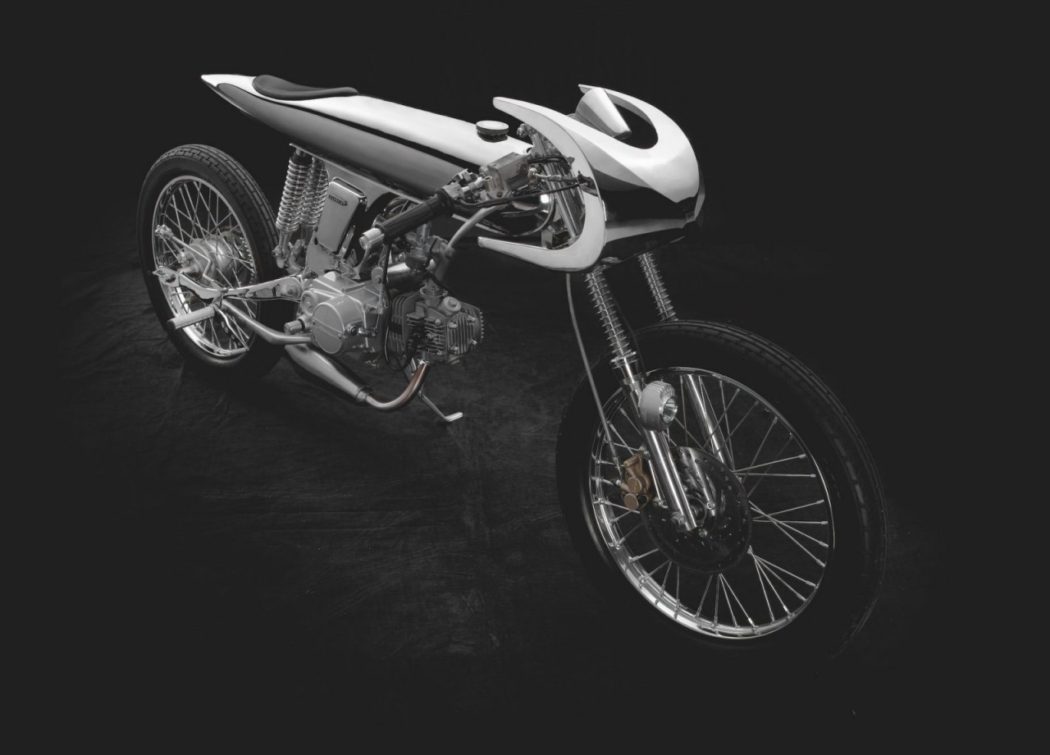 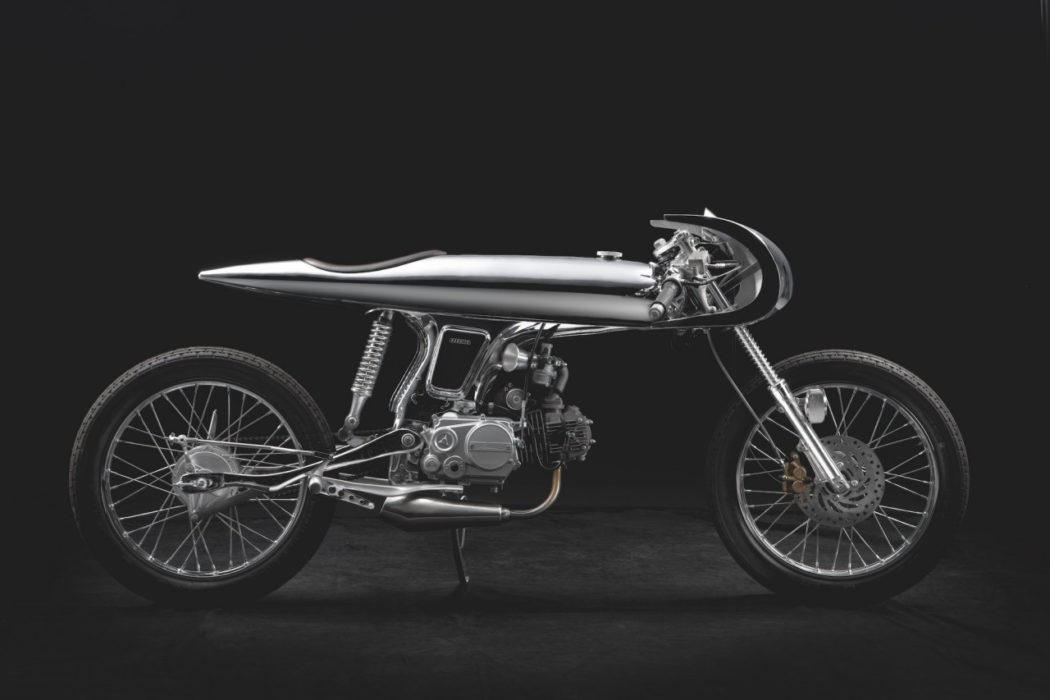 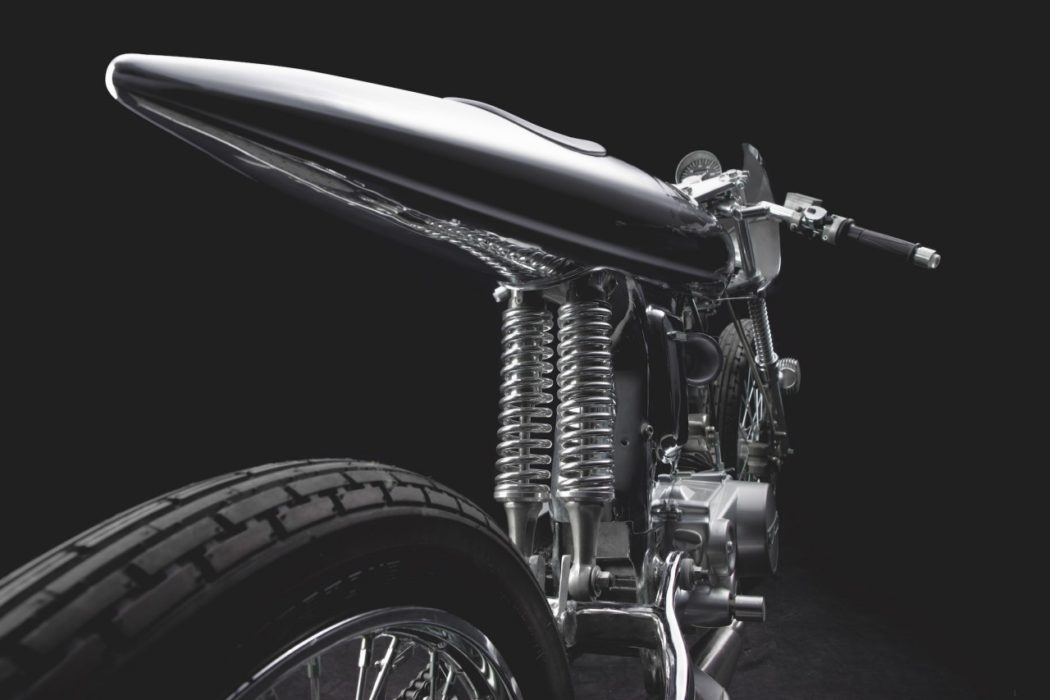 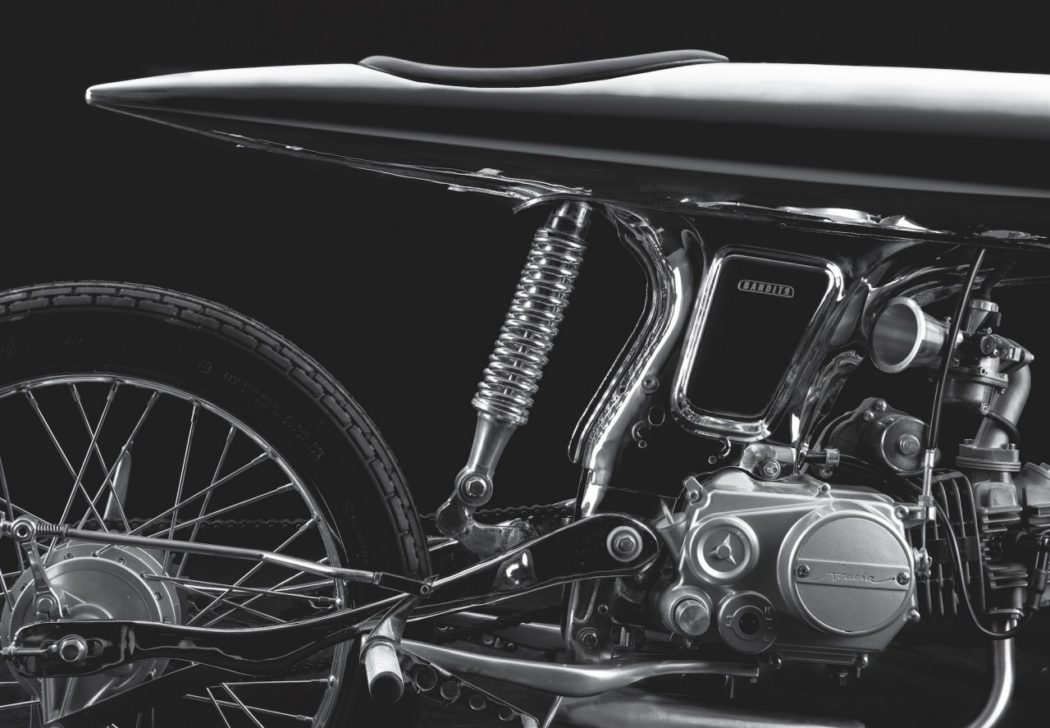 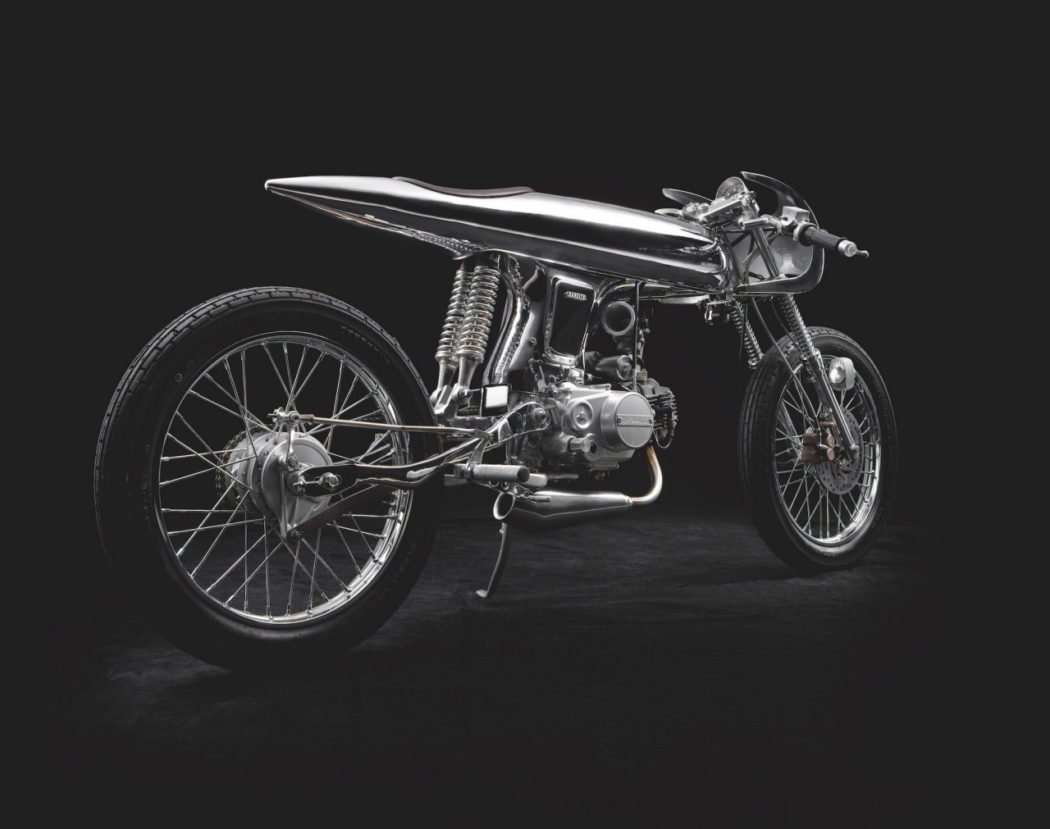 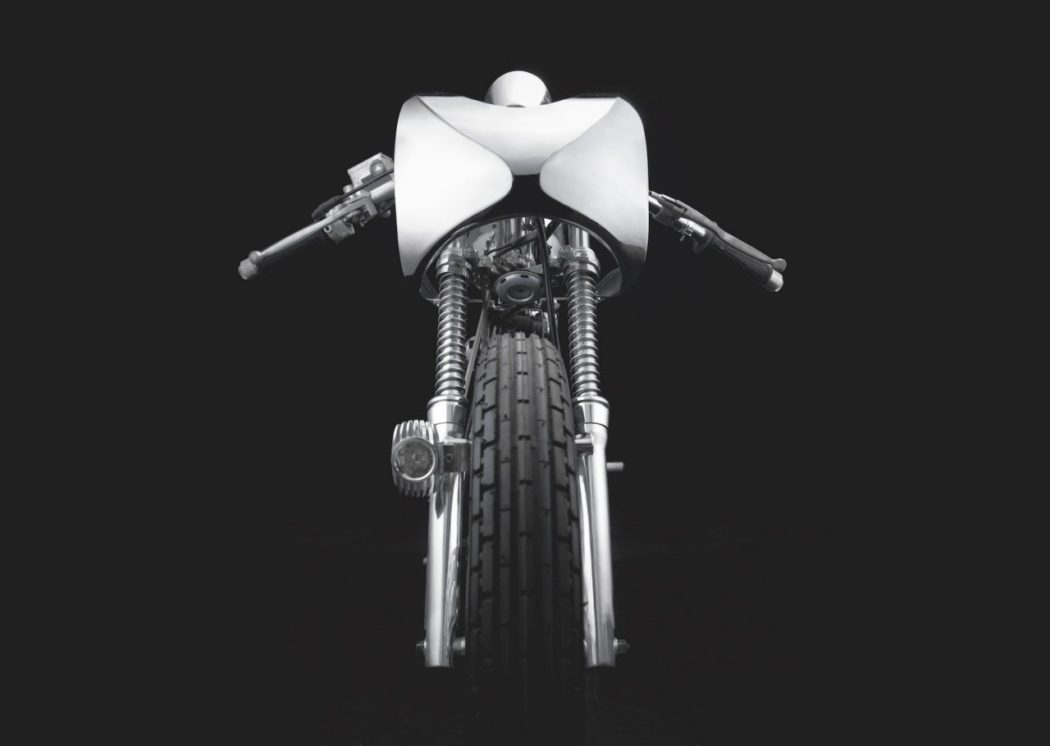 This Single-Cylinder Custom Motorcycle is a Trim Torpedo

In many Southeast Asian countries, motorcycles with tiny (sub-200cc) engines are the norm. You would think these micro-motored machines, barely more muscular than the mopeds you find in “developed” markets like ours, are completely unfit and wholly inadequate for serious customization. However, you would be wrong, as Vietnamese shop Bandit9 has transformed a 125cc Honda Supersport that looks like a cross between a café racer and a piece of ammo.

The appearance of the Bandit9 EVE MB&F, as this machine is called, is dominated by the handcrafted, polished steel, torpedo-esque unibody, which incorporates the fuel tank, seat and tail into one eye-catching piece. The front cowl has a similar construction, while the sand-cast rear swingarm, exhaust system, front suspension and handlebars are likewise custom pieces. Pricing hasn’t been made public but, considering each of the nine EVE MB&Fs planned to be produced will take four to six weeks to complete, we’re guessing it’s one of the priciest pipsqueak bikes on this or any other planet.