Back in Action? Brabham Racing BT 92 at Essen 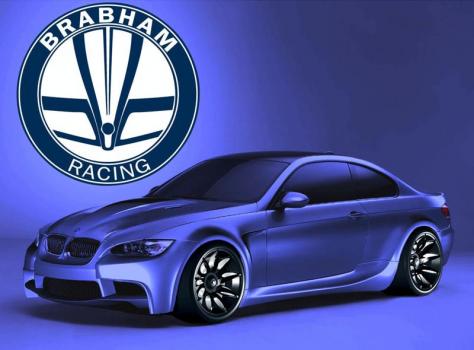 Sort of… Many articles about the new BMW M3 from Brabham Racing erroneously point to a return from a 16 year hiatus of the notable Brabham Organisation, which entered bankruptcy in 1982. Sir Jack Brabham, storied automotive builder and driver, partnered with Ron Tauranca to form a venerable race car company back in the 1960s. Brabham became a very accomplished F1 driver and auto craftsman, introducing many innovations to the world of motorsports as he built a company that became the world’s largest manufacturer of single seat car cars.

That said, the Brabham Racing Ltd. that just unveiled 3 new cars at Essen, has declared that it is in no way affiliated with Jack Brabham. In a press release issued today they stated “There is no connection whatsoever between BRABHAM RACING and Sir Jack Brabham and his family. It never was our intention to associate our brand with Sir Jack Brabham and his achievements as an engineer and racing driver nor with his legacy in motor racing history.”

Affiliation or no affiliation, lawsuits and controversy aside, the company is offering a solid BMW M3 tuner in the Brabham BT 92. The modified M gets a set of 20 inch wheels with carbon inlays, a carbon fiber body kit, tweaked exhaust and a horsepower boost. However, no official details have been released. So, for now, we are stuck with some mental word associations, very cool esthetics and performance capabilities left up to the imagination. Updates will follow when more information becomes available.