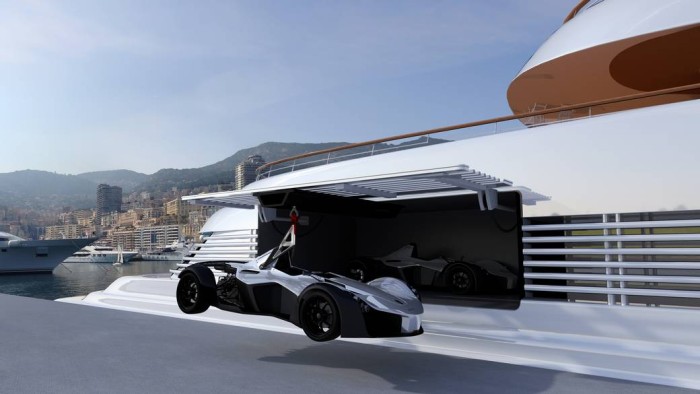 When it comes to back-to-basics track cars, the Briggs Automotive Company (BAC to its friends) Mono might be the most basic of all. Unlike the Ariel Atom, KTM X-Bow and other cycle-fendered jungle gyms with wheels and engines, the Mono is – as the name suggests – strictly a single-seater. On paper, that makes it the least practical of the bunch…but BAC and yachting company Camper & Nicholsons have found a way to actually make it a rather practical solution to an admittedly first-world (or whatever comes before that) problem. 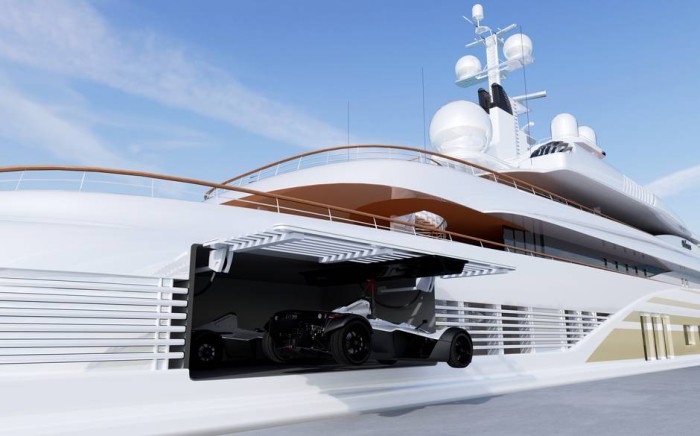 It’s called the BAC Marine Edition Mono and, at first blush, it doesn’t seem all that different from the regular Mono. What little bodywork it has is the same shape, and the same 305 horsepower Mountune-tuned 2.5L Ford inline-four chucking the same 1,279 lbs. of mass down the road or track. What it does have that the standard one doesn’t is a carbon fiber boom that attaches to the crane of a yacht for moving it from yacht to dock and vice versa. The Marine Edition Mono also gets a heavy-duty anti-corrosion coating applied to the body panels and all the exposed metal components, and it can be ordered with interior and exterior treatments to match those of your boat. You can even have the name of your vessel etched on the rear wing! BAC and Camper & Nicholsons are accepting orders right now, but at about $780,000a pop, we don’t expect there to be a whole lot of takers.