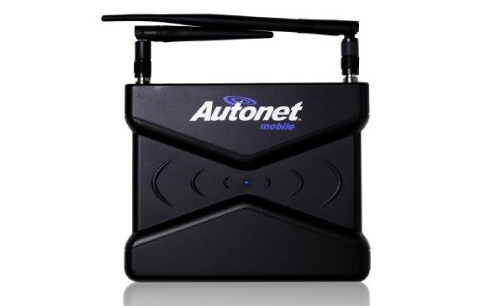 The fate of Autonet Mobile, the world’s first in-car internet service provider, has been in some question with two of its largest partners, Chrysler and General Motors, in dire straits. However, the company does still have partnerships in place for their “uconnect web” service which can be installed at select Chrysler, Jeep, Dodge and Cadillac dealerships. And the companty did sign-on VW as a partner in June.

Most recently they have also expanded their retail operations, which previously only included a few smaller outfits like Crutchfield and Car Toys, to include the 800 pound gorilla, Amazon.com, in a new direct-to-consumer sales approach. As such, the Autonet Mobile router is available for $299 after rebate. Now they just have to figure out a way to get people to cough up $29 a month for service…

Reviews of the Autonet Mobile service, also known as uconnect web, have been somewhat mixed. The consensus is that the unit is good for e-mail and basic web surfing but don’t try and watch lots of streaming video or Skype your significant other. Bandwidth averages around 400 kbps, your basic 3G speeds, and connection drops are rare. Range is about 100 feet and the mobile WiFi unit it is electronically shielded from the radio and your radioactive Blackberry. The internet router is typically mounted in the trunk and is ruggetized to survive the crappy city streets that we all have to drive on. With ATT CruiseCast jumping into the mobile tv market look for the in-car internet segment to heat up as well.