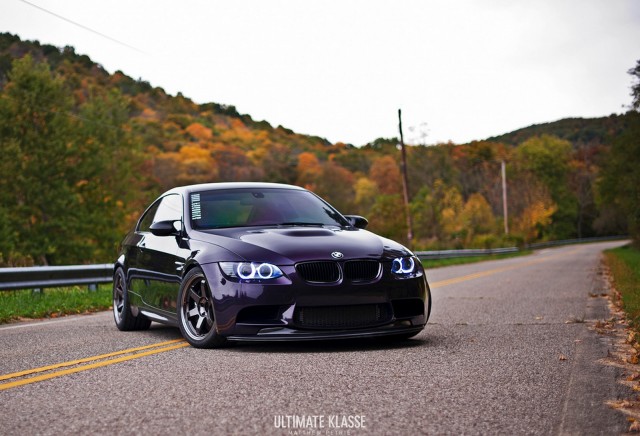 As car colors go, purple doesn’t exactly enjoy prom king levels of popularity. Granted, Plum Crazy is quite beloved by fans of Dodge and Plymouth muscle cars, and German brands like Porsche and BMW have cooked up some jaunty looking variations of the hue over the years. But as far as mainstream appeal? Not so much.

That makes the chromatic choice for this tuned E92 BMW M3 that much more significant. In fact, the shop that put it together – Autocouture Motoring – isn’t shying away from that Techno Violet exterior; why else would they nickname it “Big Purp?” But that loud color isn’t the only alteration from factory specification. 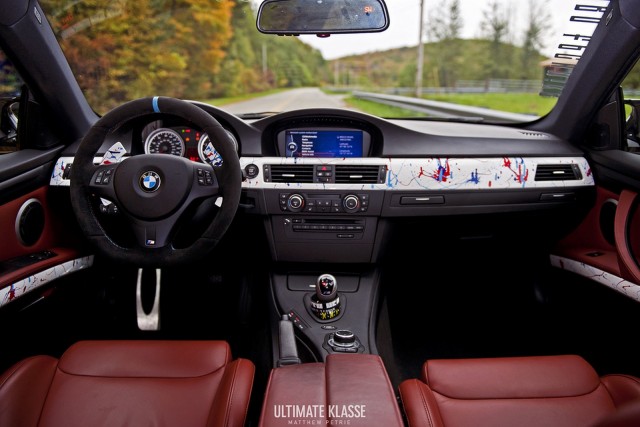 Autocouture has also installed a carbon fiber front splitter and rear spoiler (both from Mode Carbon), plus a Vorsteiner trunklid with integral spoiler and a stock Euro-spec front bumper (which eliminates the front side marker lamps). Jehad Zeidan of LightModz fitted the stock headlight housings with two projector beams each (one white and one yellow). Wheels are 18” TE37-SLs from Volk, and they sit in front of larger brake rotors and calipers from Alcon. Finally, the suspension is treated to a KW Club Sport coilover kit and a set of Racing Dynamics sway bars.

Inside, the stock front seats are replaced with Recaro Sportster CS buckets covered in OEM BMW Fox Red leather. There’s also an OEM flat-bottom, Alcantara-wrapped steering wheel and extended shift paddles for the M-DCT transmission. Those shift paddles, incidentally, are finished in white with red, light blue and dark blue paint – the colors of BMW’s M division – splattered on them. The same treatment is applied to the dashboard and door trim, as well as the engine intake manifold. 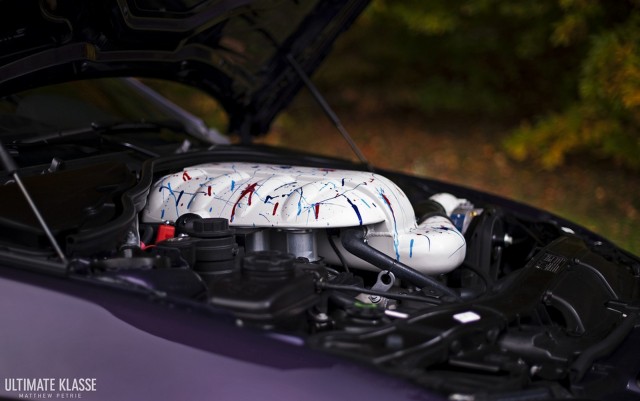 And instead of that intake manifold sucking in air at normal atmospheric pressure, it gets force fed by way of a VT2-650 centrifugal supercharger from ESS Tuning. The compressor housing is also custom painted, with the message “May Angels Lead You In” inscribed on the top of it. The other major tweak to the 4.0L V8 are some well-planned modifications to the stock exhaust system that improve the breathing and sound quality without drastically altering its outward appearance and, by extension, arousing the suspicion of BMW dealer techs.

No word on how much money went into Big Purp, but he probably isn’t too much pricier than a stock M3. If nothing else, he will stand out at just about any car show. 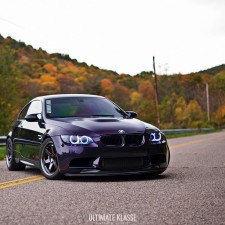 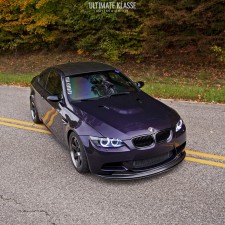 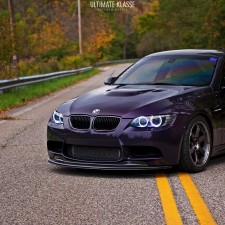 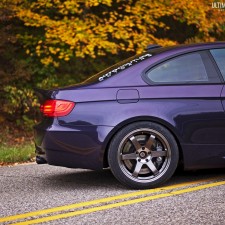 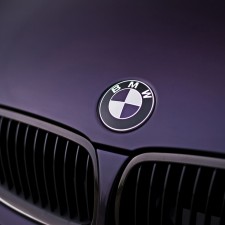 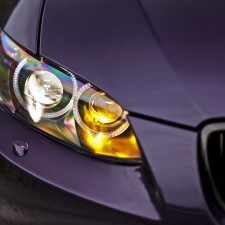 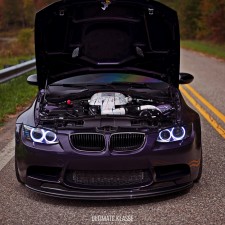 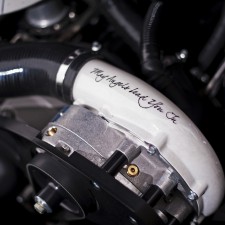 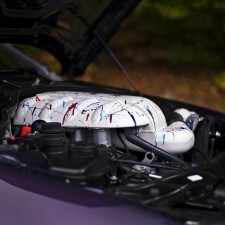 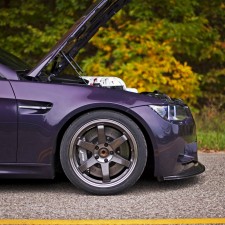 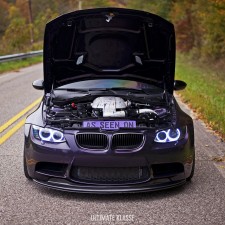 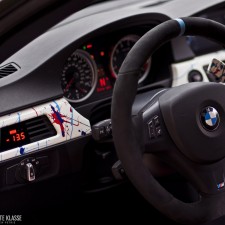 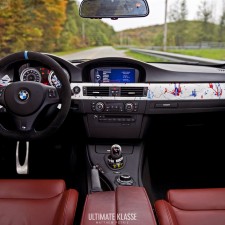