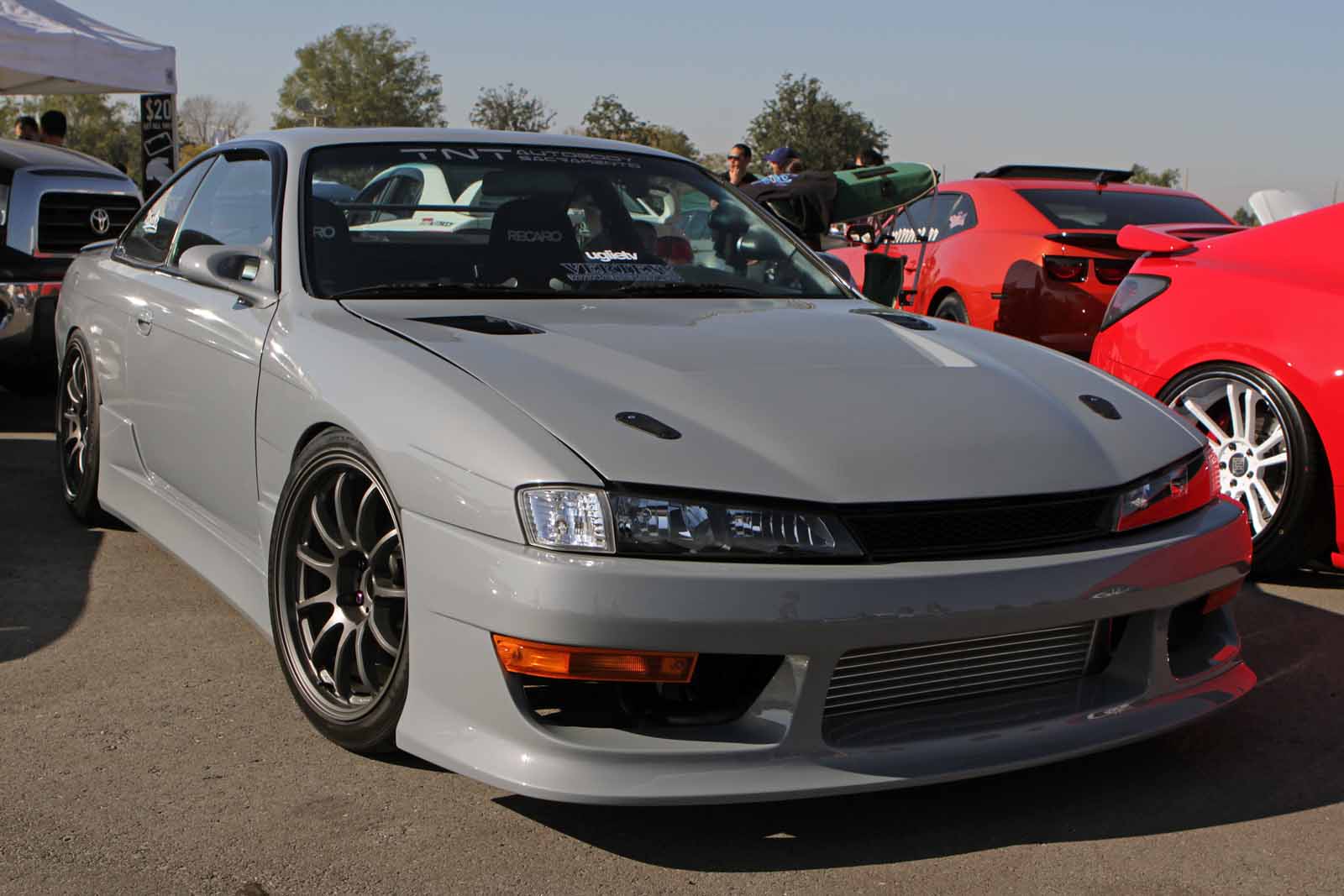 From 1943 to 1999, El Toro served as a Marine Corp Air Station. It was at one time, the largest Marine air base on the West Coast. Now known as the Orange County Great Park, El Toro is used for a variety of purposes. Much to our liking, many of them are automotive related. The base’s runways have been used for everything from filming of car commercials to automotive OEM prototype testing to Top Gear USA’s test track. We’ve attended a few product demonstrations at the base in the past, and even broke the 160 mph barrier in a prototype car on one occasion.

But this past Sunday, most of the action took place in another part of the base. One of its large parking areas was home to this year’s Automotive Connection show, or AutoCon. We already provided a sampling of the beautiful models at the show. And now we’ll attempt to give you a taste of the other beauties at this event. We spent close to 10 hours at AutoCon 2011 and still weren’t able to fully take in all of the amazing cars at this year’s show. Take a look past the break to see some of our favorites (like the S14above), as well as our photo gallery from the event. 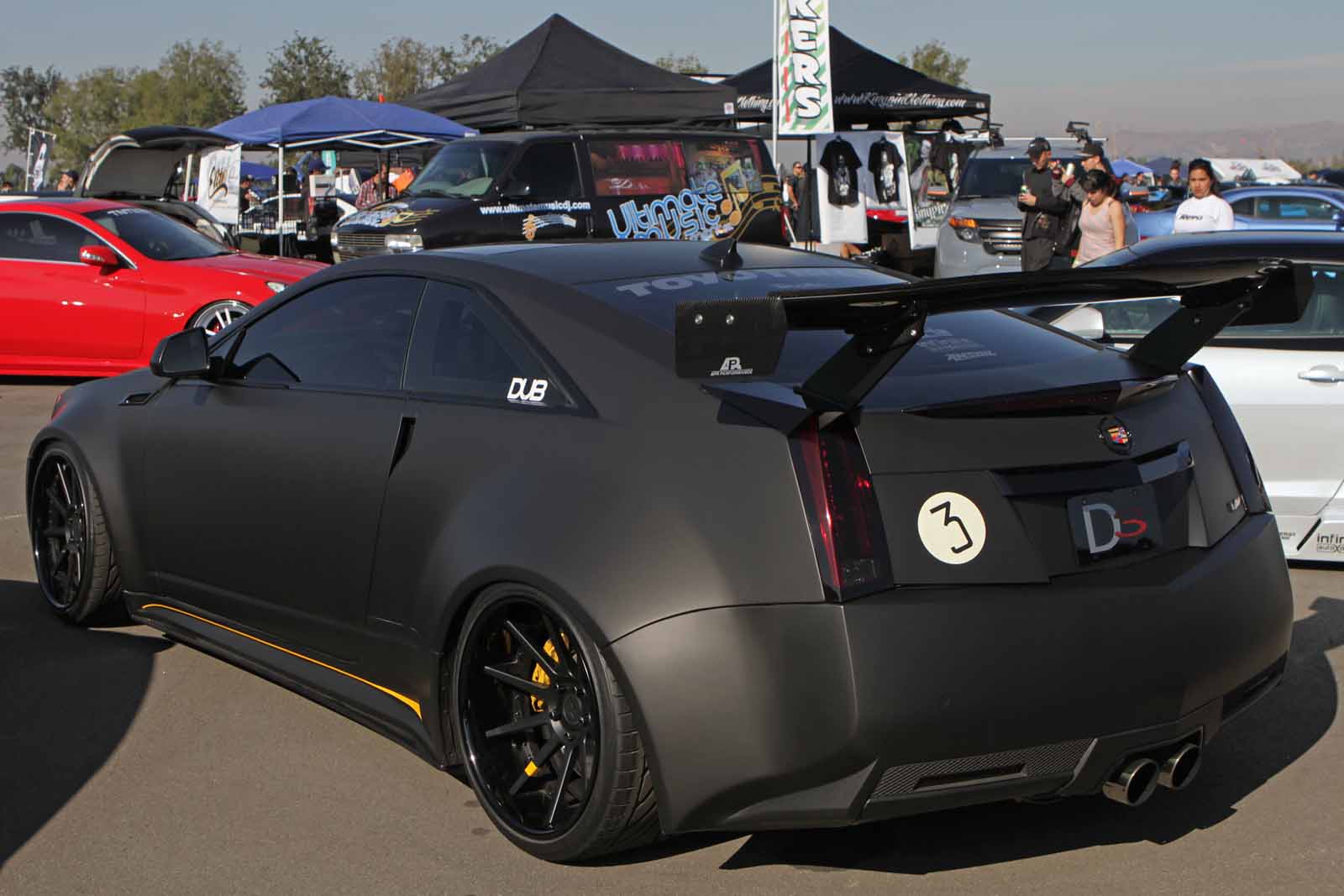 The last time we saw this sinister looking CTS-V Coupe was at Toyo’s booth at this year’s SEMA show. When it pulled up to the gates at AutoCon, we knew we had to get a closer look. It was built bythe D3 Group from Signal Hill, CA. It was named “Le Monstre”, in honor of a 1950 Cadillac Coupe Series 61 which races in that year’s 24 Hours of Le Mans.This modern-day version puts out about 1001 HP and just as many lb-ft of torque! 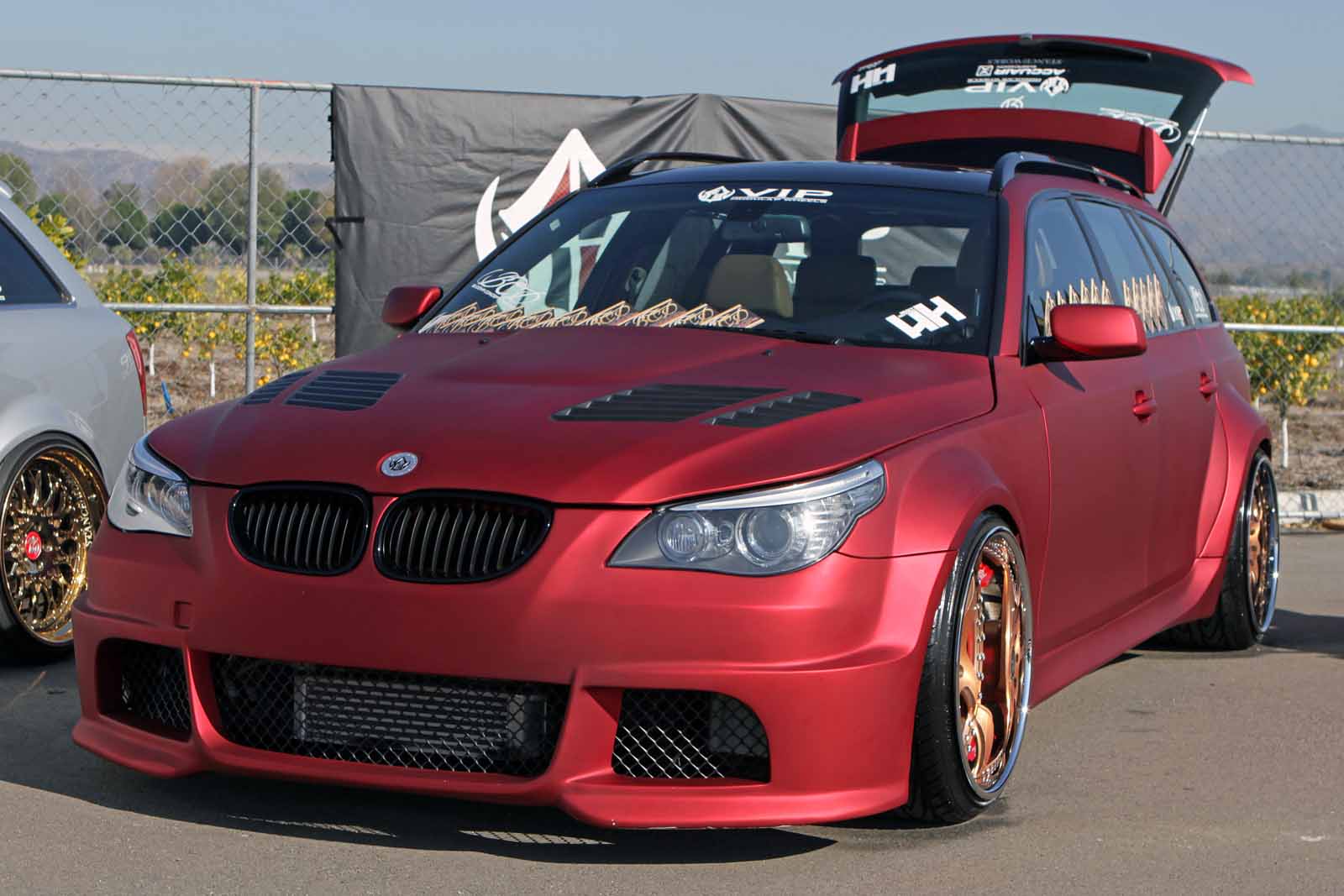 Few things are sexier than a fast wagon. And on that respect, the VIP Modular Wheels booth did not disappoint, featuring not 1, but 3 hot wagons. Our favorite was this sexy matte red 5-Series Estate with “M-style” hood scoops. It truly makes us wish BMW would bring the M5 Wagon to the US. Check out our photo gallery to see the two A4 Avantesalso featured in their booth. 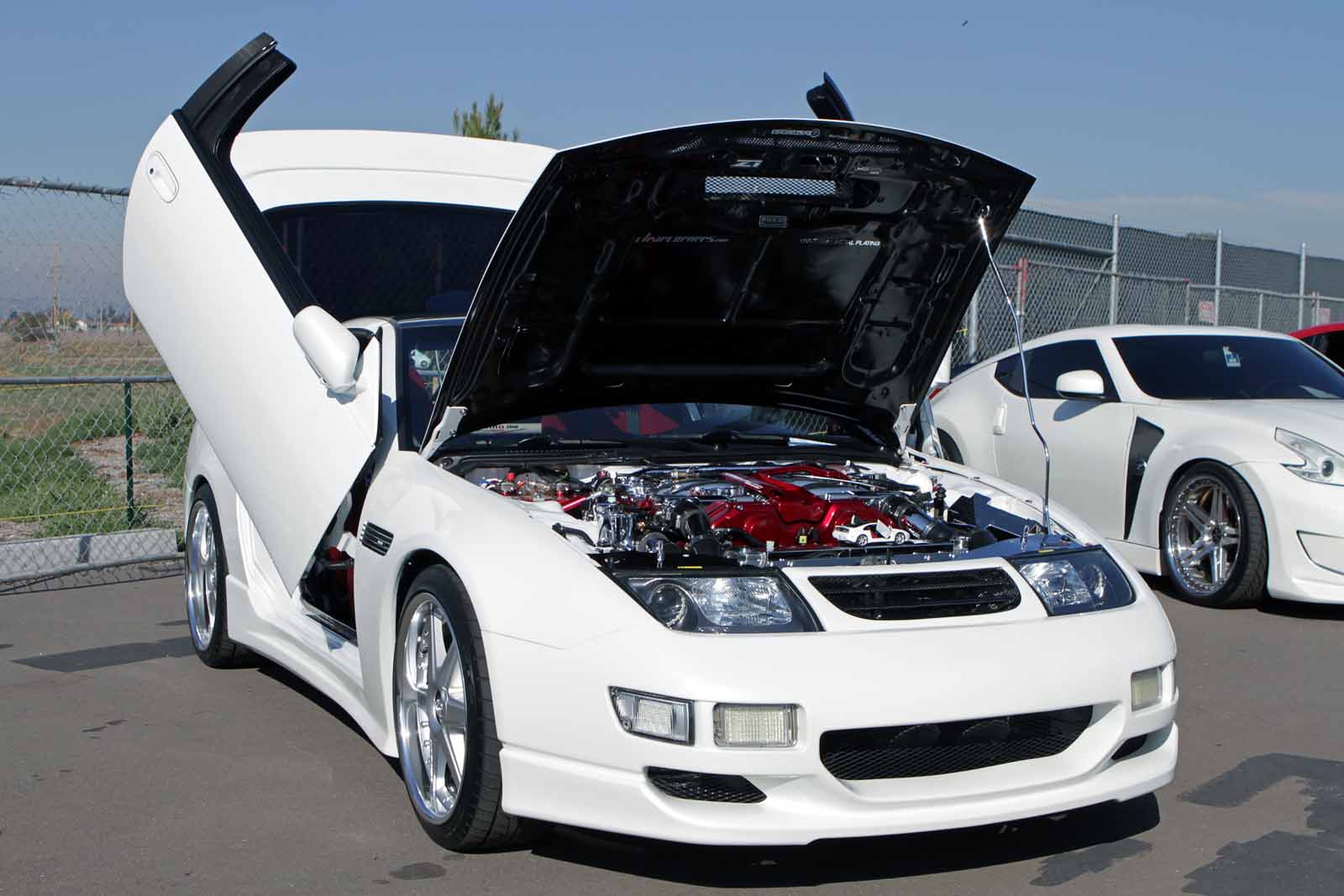 To this day, many still consider the 300ZX one of Nissan’s best. Even though it was last produced in the US in 1996, seeing a 300ZX on the road still makes our heart beat a bit faster… and we’re not alone! Be sure to check our other photos of this car in our gallery. That 1/18 scale Z you see in front of of the engine is an exact replica of this actual car. Right down to the chromed out engine, and Lambo-styledoors. 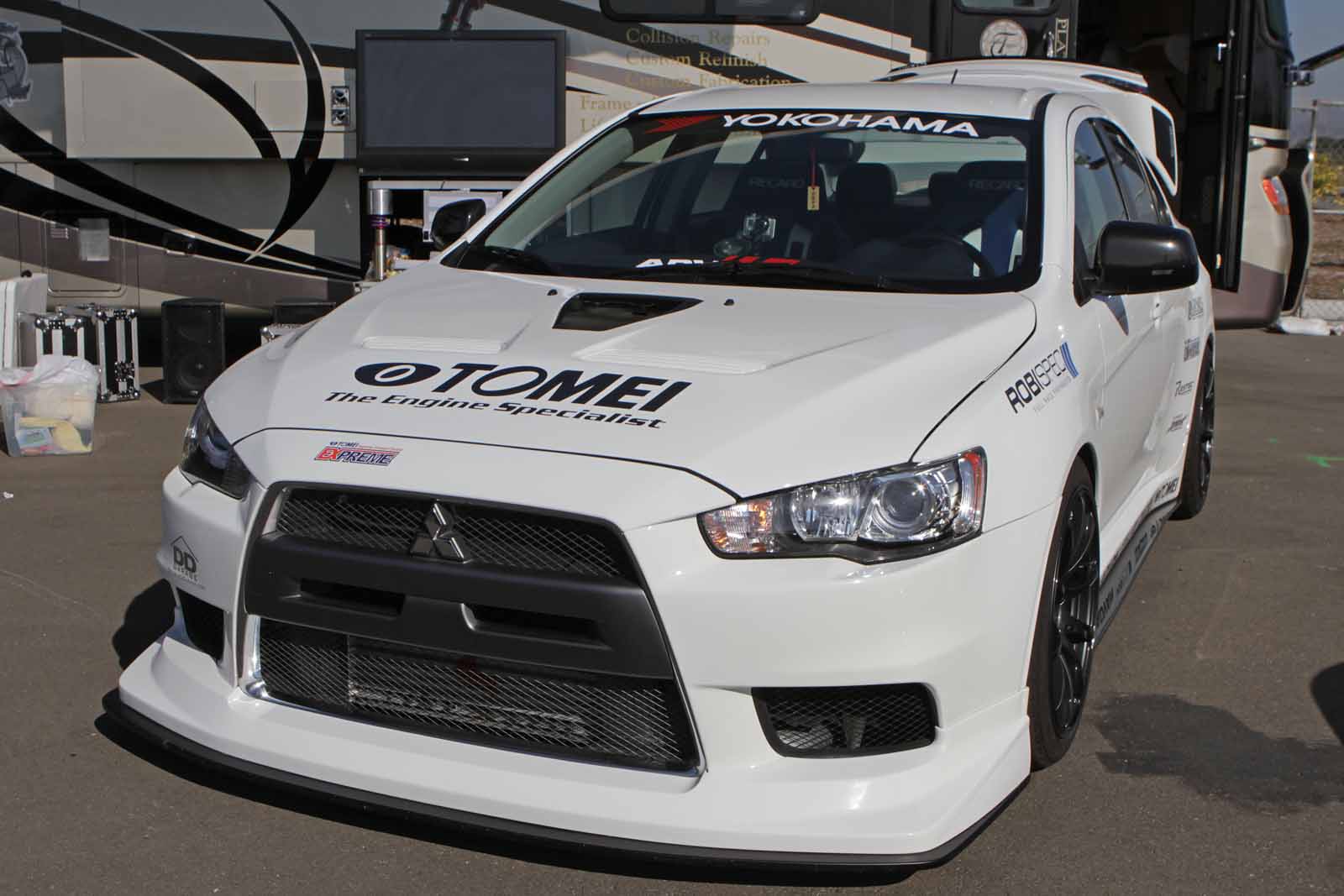 Simplicity can sometimes speak volumes. We ran across a variety of Evosat this year’s AutoCon – and if given the choice, this is the one we would take. In a world full of monster rear wings, overly sculpted body kits, and outrageous diffusers, it’s refreshing to see an Evoput together so tastefully. 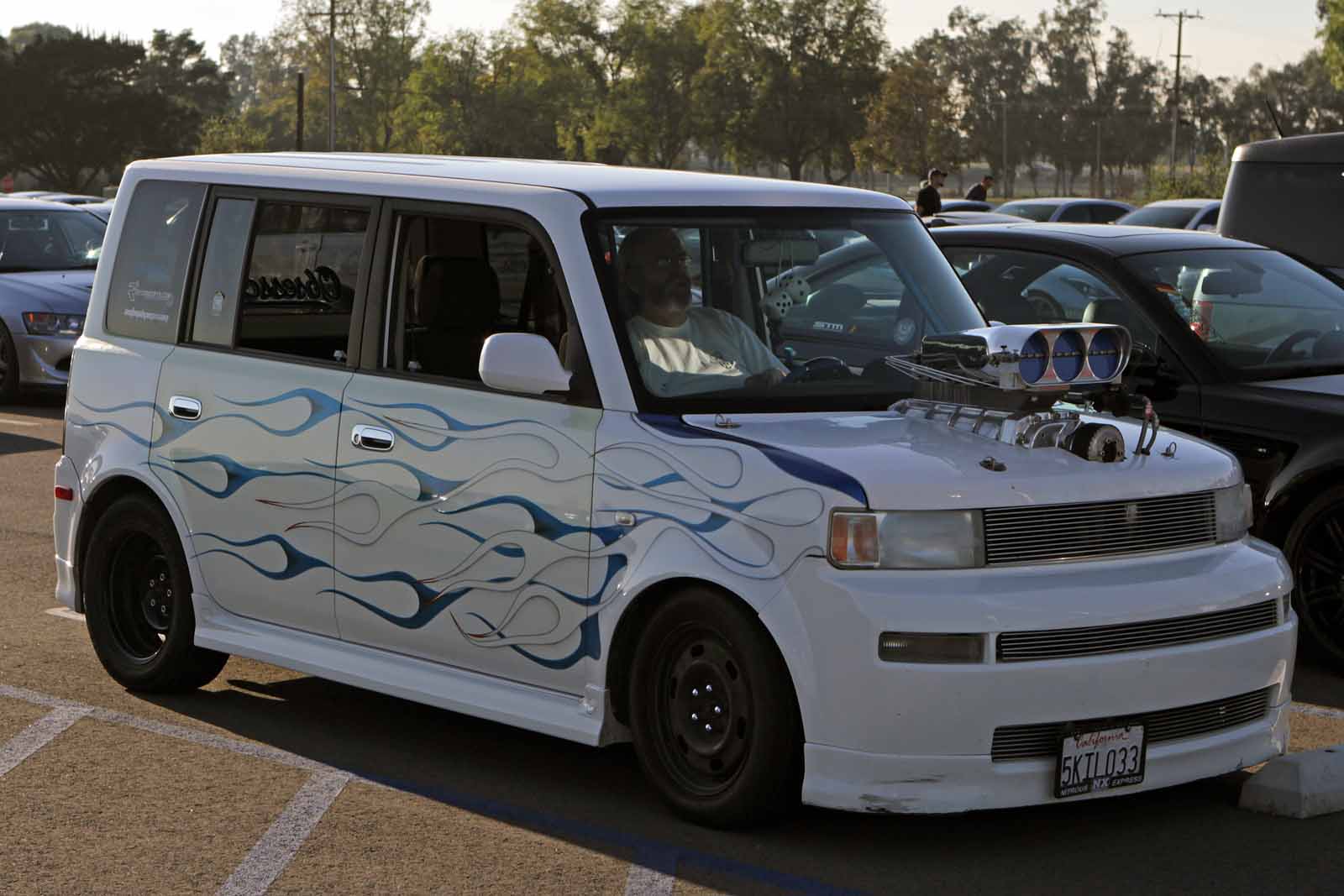 Like many shows we attend, sometimes we run across the real “gems” out in the parking lot. On our way to grab a French Toast Burger (yes, that’s right, powdered sugar french toast wrapping a 1/2 pound burger!), we stumbled on something we never thought we’d see – a Scion xB with a drag motor! Because racecar?Check out our gallery below to see some of our other favorite rides from this year’s show. We’re already counting the days to next year’s AutoCon!