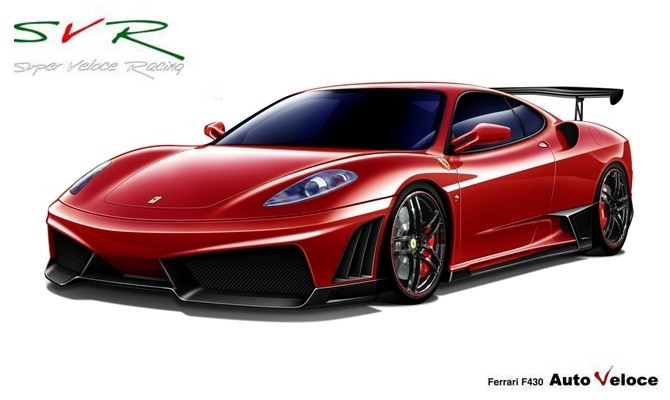 Historically speaking, Ferrari and Lamborghini (and their respective supporters) have been quite dissimilar. Ferrari has typically been all about elegant styling and its racing pedigree, while Lamborghini has been about wild pantomiming and general rebeliousness, the latter no doubt rooted in the famous disagreement between Feruccio Lamborghini and Enzo Ferrari that led the former to get into the supercar business himself. Bottom line? Some fans dig both, but there is still a fair bit of partisanship.

Now, however, the relationship between these two marques and their followers has become considerably more complicated, thanks to the Japanese tuning house Auto Veloce. Using the outgoing “cheap” (har har) Ferrari – the still mighty good F430 – as a starting point, Auto Veloce adds new front and rear fascias, rocker panels and a rear wing to create, as you can see, a four-wheeled jackalope called the F430 Super Veloce Racing. 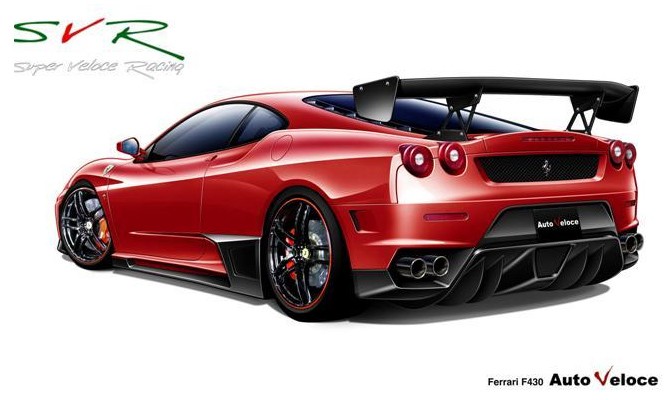 The new front fascia and rockers give the intakes much more angular profiles that are more than vaguely reminiscent of Lambo’s latest Super Veloce model. Throw in the GT style rear wing and the resemblence is even stronger. 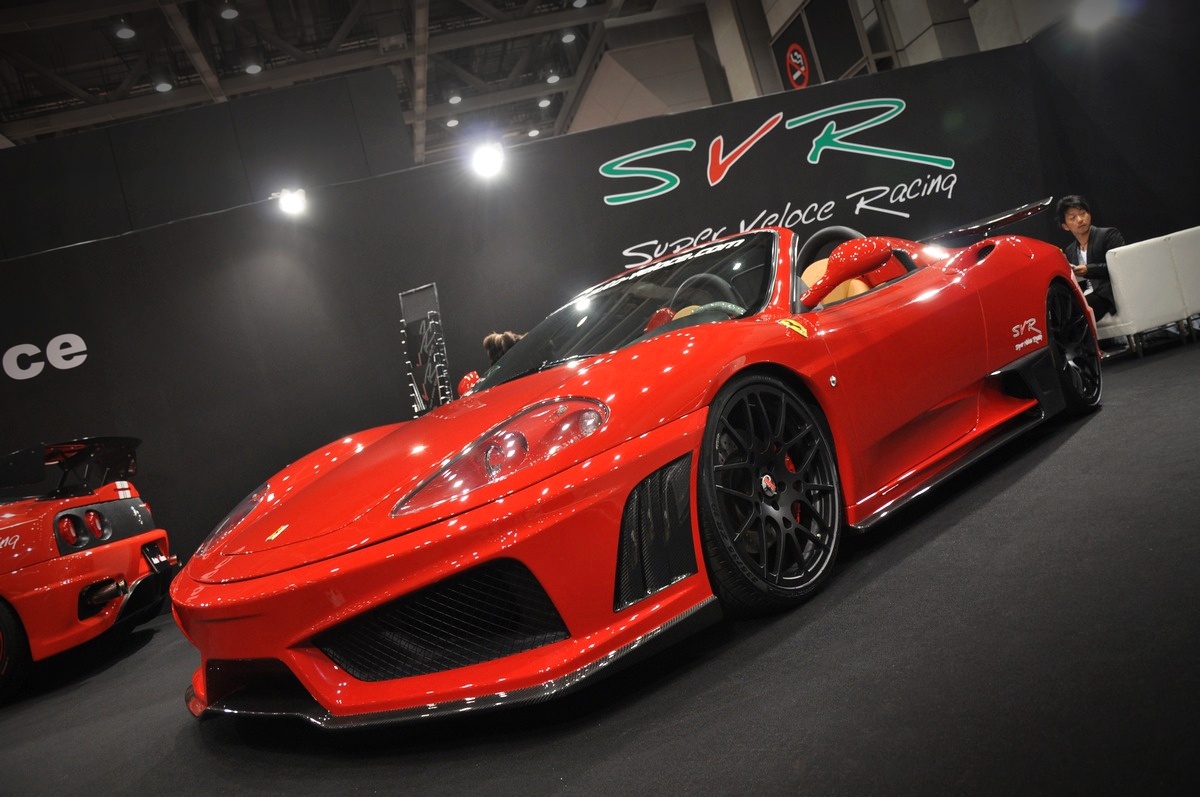 Granted, this probably isn’t quite the same level of blasphemy as, say, a Honda B18 in an original Mini or a Small Block Chevy in a ’32 Ford/’70s Jaguar/*insert non-Chevrolet vehicle here*, but there is just enough unholiness to this creation to make it interesting. What’s more, the conversion is available for both the Berlinetta (coupe) and Spider (roadster) versions. So if you want one Italian supercar maker’s styling cues on one of another Italian supercar maker’s products, Auto Veloce clearly has you covered…assuming you’re, you know, into that sort of thing. We don’t judge.