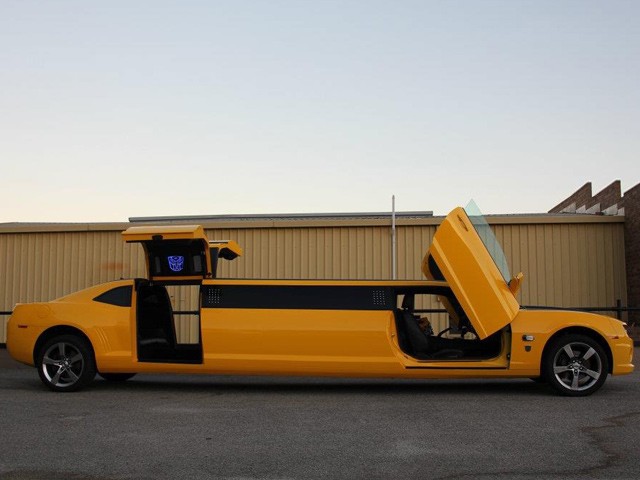 When the production version of the fifth generation Chevrolet Camaro was first introduced, a handful of coachbuilders took to chopping the roof off the retro-sinister coupes to create convertibles. Naturally, the introduction of the Camaro Convertible eliminated the demand for aftermarket conversions. And since Chevrolet’s Mustang masher has only ever been offered to the public as a coupe and a convertible (We aren’t counting t-top coupes or the über-yummy second generation based Kammback shooting brake styling proposal.), there are no other obvious body styles for automotive body modifiers to create.

Of course, some people would argue that creating a limousine out of the fifth gen Camaro would be an obvious choice. Sure, the whole lack-of-rear-doors thing is a definite hurdle, but the newest Bowtie pony car’s muscular styling, burbling V8 soundtrack and Transformers star status are hard to ignore. And one limo company in Perth, Australia, has not. 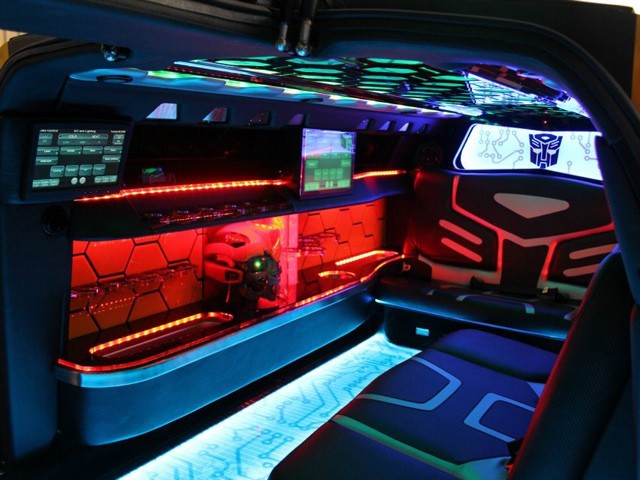 Showtime Limos created this elongated muscle car out of a righthand-drive Bumblebee Edition Camaro SS. Yes, because the Camaro is based on Holden’s VE series Commodore, putting the steering wheel on the “wrong” side (as required by law over there) is fairly straightforward. And the Bumblebee/Transformers motif doesn’t end with the exterior color scheme or the little Autobot badges. Oh, sweet Paul Hogan’s pecs no.

Open the Lamborghini style front doors and the cockpit is fairly standard except for the whole dashboard looking like you’re looking at it in a mirror. Get in back, though, through the gullwing doors, and you’ll enter a world that will bring out your inner 10-year-old. The ceiling and floor are decked out like a circuit board. The seats are upholstered in a design that apes the Autobot head logo. There’s an “actual” Autobot head inside the bar. And the lights can be switched to a variety of different colors. 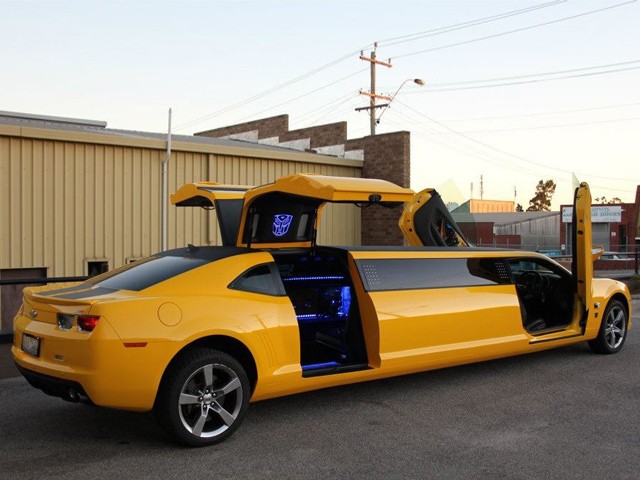 Unfortunately, if you want to book the Bumblebee limo for your next special event, said event will have to take place in Perth – which is the capital of the state of Western Australia – because that is the only place you’ll find this stretchin’ Camaro. We’re sure a similar car will be built and pressed into service closer to home (if it hasn’t already), but until that happens, you have a darn good excuse to throw a massive party next time you visit Oz’s left coast. 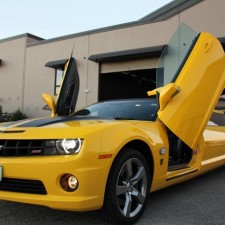 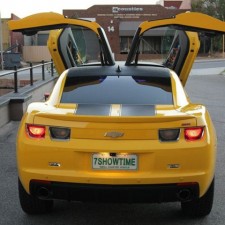 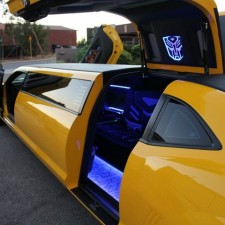 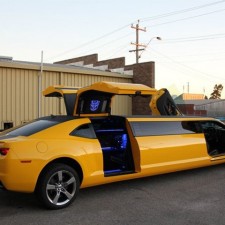 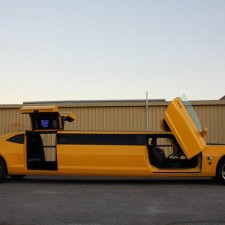 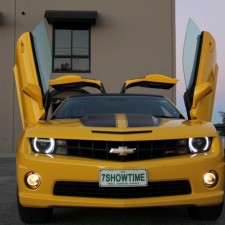 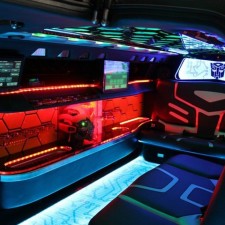 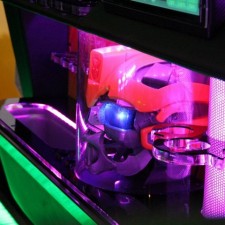