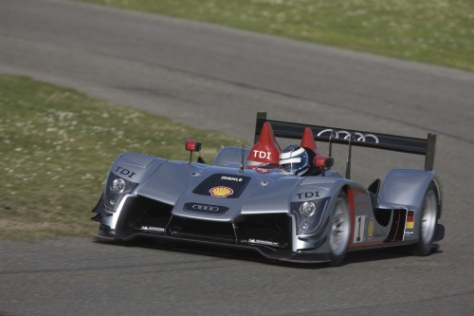 Audi’s second generation diesel racer is currently being prepped for its debut in the American Le Mans racing series opener. The new Audi R15 TDI uses a V10 engine that puts out more than 600 horsepower in a package that is smaller and weighs less than the previous R10 TDI. Audi Sport has high hopes for its new LMP1 car as the company builds on having the distinction of celebrating the first victory ever using a diesel engine. Incidentally, their previous R8 and R10 variants have been the cars to beat in the LMP1 class since early 2000. 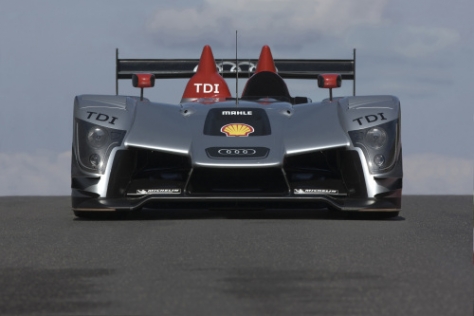 Just to provide a little background, LMP stands for Le Mans Prototype. And currently, the LMP1 class provides the fastest closed-wheel racing cars used in circuit racing. They compete in 10 races with three other classes of automobile in the American Le Mans series at locations in the US and Canada. LMP1 race cars are custom built using a carbon fiber monocoque chassis and have a minimum weight of 1985 pounds. There are stringent displacement restrictions on naturally-aspirated, turbocharged and supercharged engines but the range of output is anywhere from 600 to 700 horsepower. Fuel tank volume is capped at a little less than 24 gallons and either diesel or 98 octane racing fuel is used.

The Audi R15 will make it’s racing debut in Florida on March 21 at the 12 hours of Sebring endurance race. In addition, two R15 will compete in June at the 24 Hours of Le Mans. And finally, there is a growing possibility that we may also see the R15 on the track again at the Petit Le Mans in September and the season closer at Laguna Seca in October. There had been a previous announcement that Audi would sit out the American Le Mans Season except for the Sebring race unless additional sponsorship materialized, but it appears this standpoint may have shifted. 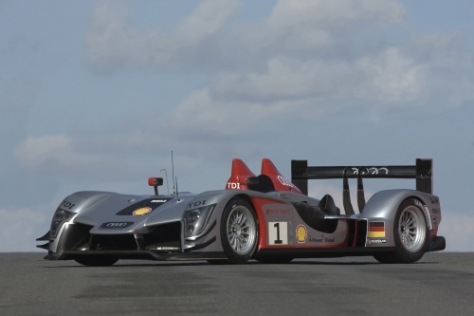