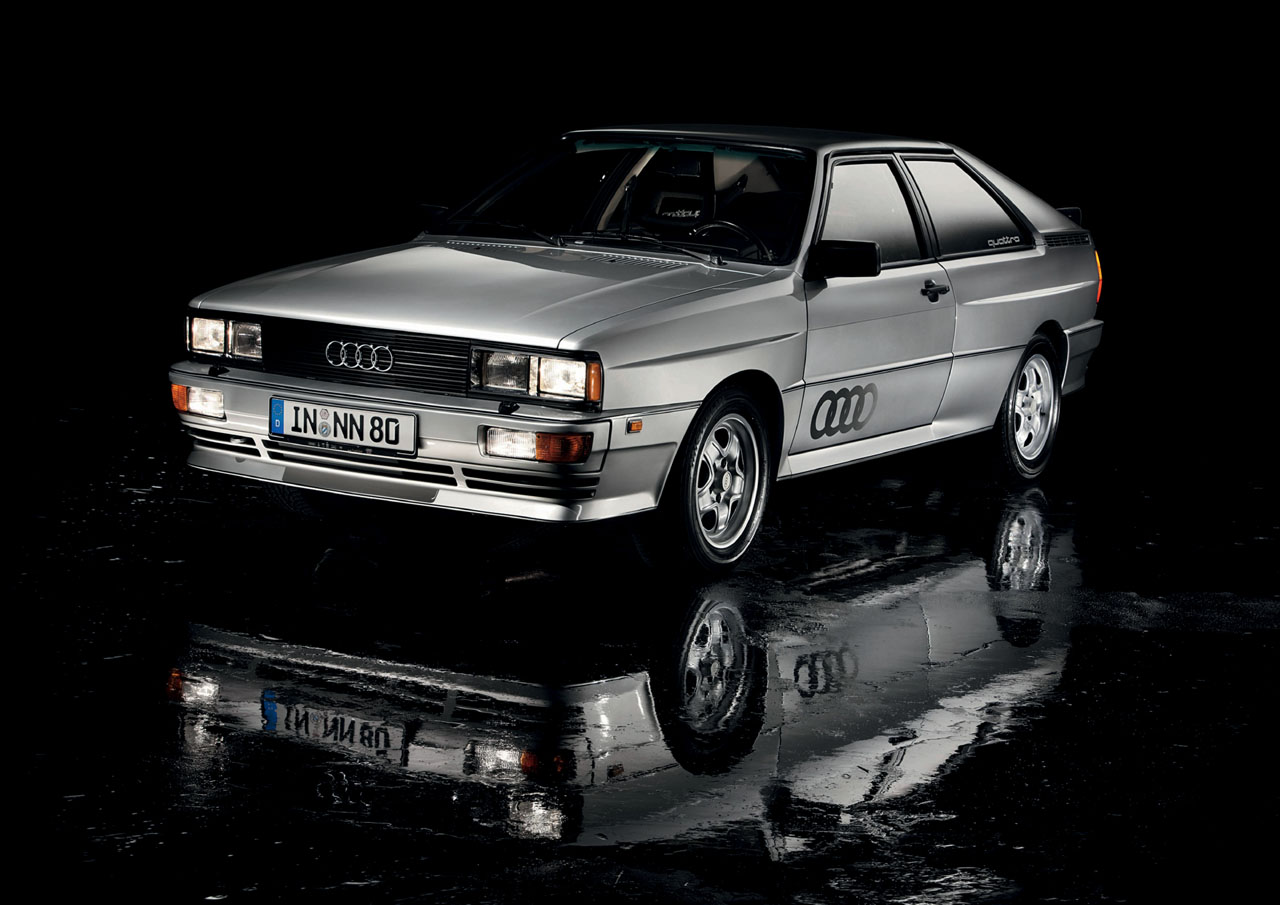 Back in the early 80s, my father brought me back a remote-controlled Audi Quattro car from his trip to Italy. At the time, I thought it was the coolest thing ever but really didn’t understand the significance of that particular vehicle. All I knew was that it was a race car and it looked awesome. Since the debut of the Ur-Quattro (“Ur” meaning original)  at the 1980 Geneva Motor Show, Quattro (Italian for “four”) technology has served as a game-changing platform for performance motoring. The introduction of the Audi Quattro transformed the company from a luxury maker of automobiles to a motorsports and rally car monster, who dominated the sport for many years after its debut.

The original Ur-Quatro sported a 2.1-liter inline 5-cylinder 10 valve SOHC engine complete with turbocharger and intercooler, a first for a full-time all-wheel drive car. With 197 bhp and 210 ft-lb of torque on tap, the Ur-Quattro sprinted from 0-62 mph in 7.1 seconds with a top speed of 137 mpg. All told, 11,452 example of the production “Ur-quattro” models were built between 1980 and 1991. The company also launched two additional versions of the Quattro – A1 and A2 – for competition in FIA’s Group B motorsports, pushing the turbocharged inline 5-cylinder engine up to about 350 bhp.

This year marks the 30th anniversary of the Quattro and Audi has a full schedule of activities planned including a notable presence at the Audi Forum Ingolstadt and the Techno Classica in Essen. Audi Tradition will also be showcasing vintage Quattro vehicles in action throughout Europe including the Grand Prix Historique in Monaco, Classic Days at Schloss Dyck, the Metz Rally in Stein, the Goodwood Festival of Speed and the Silvretta Classic.