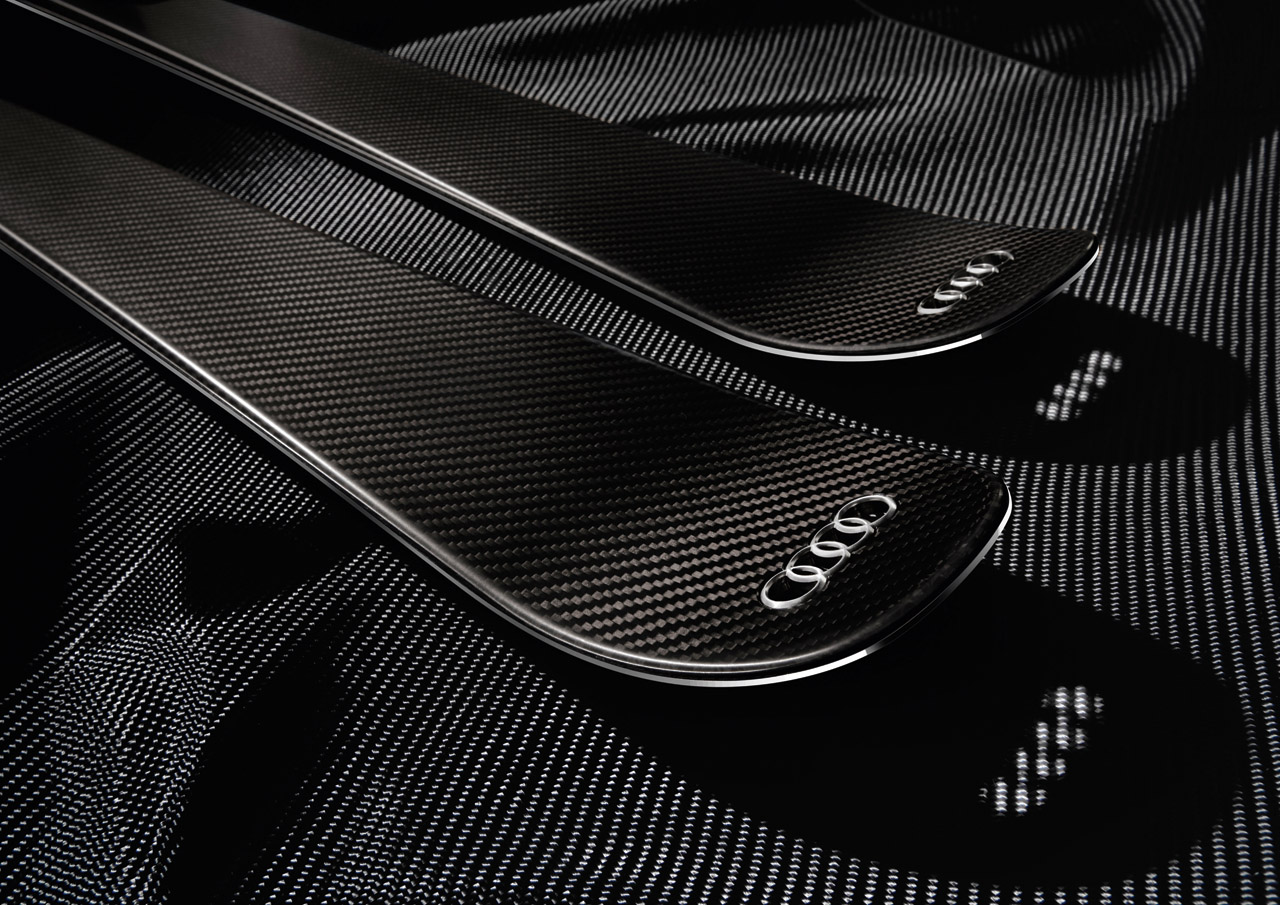 As automotive brands bleed into the world of well, everything… some interesting synergies are taking shape. Watches and other gear are the most prolific but we’ve seen product crossovers that span the gamut from Ferrari branded laptops and Mercedes bicycles to the focus of this post, winter sports equipment. Strangely enough, the new partnership between Audi and Head follows behind Saolon and Saab, Zai and Bentley among others. The duo may not be the first to the party but they are definitely the coolest.

The development of the Audi Carbon Ski Concept began back in 2008 and has gone from the drawing board into limited manufacturing. Audi Concept Design Munich uses a wooden core surrounded by layers of aluminum and titanium with a cab of carbon-fiber used to envelop the entire ski. The result is not only visually stunning but reduces weight by 200 grams campared to comparable models. And amazingly enough, it provides both greater flexibility and rigidity, two concepts that seem to be at natural odds with one another.

Audi has been involved with the German Ski Association for quite some time, both as a partner and a sponsor. There is no shortage of top talent putting their new skis through the paces and providing feedback. And, afterall, Head is no slouch at product development either. Customers started testing the skis in January and now have an opportunity once again at the World Ski Championships. There is a good chance the Audi Carbon Ski will actually be rolled out to the general public starting either this winter or next.