Atlanta is quickly becoming one of the fastest growing cities in the country. Home to some of the biggest corporations like Coca-Cola and Delta, it’s no wonder more people are moving to this southern city each year. As Atlanta continues to be a top destination, it’s attracting the attention of the wealthy and the elite. Luxurious living takes on a new meaning in Atlanta with top of the line accommodations, housing, and attractions. Here are the ways Atlanta is pushing the boundaries of luxurious living!

Atlanta has the best museums in the region.

The South isn’t really known for it’s range of museums, but Atlanta is changing that. There are a number of museums in Atlanta which rival those in more well-known cities like New York. What makes these museums even more special is that they’re always hosting events throughout the year. With charity events to guest speakers, intellectuals from around the globe are looking to Atlanta museums like the High Museum of Art, the National Center for Human Rights, and the Museum of Design.

Atlanta is becoming one of the top destinations for TV and film.

When you think of TV and film production, you likely think of California. You might be surprised to learn that Atlanta has hosted many popular films, and you’ve probably seen many of Atlanta’s top sights on the big screen before. Today, more and more production crews are choosing Atlanta due to its diverse array of locations.

One of the most famous homes in the country, the Swan House in Atlanta, has been used to film movies like The Hunger Games and Little Darlings. You might recognize Atlanta from being featured in Anchorman, The Walking Dead, Guardians of the Galaxy, and more.

World-class dining is right at home in Atlanta.

With the influx of the rich and famous, Atlanta is quickly becoming a food capital. Upscale dining is no stranger to this city, and many top restaurants in Atlanta are becoming prime spots for sighting celebrities. South City Kitchen, home to the best shrimp and grits in the state, counts Kanye West and Kim Kardashian amongst their regulars. Similarly, the steakhouse known as STK sees the likes of Jessica Alba, Selena Gomez, and Scarlett Johannson. 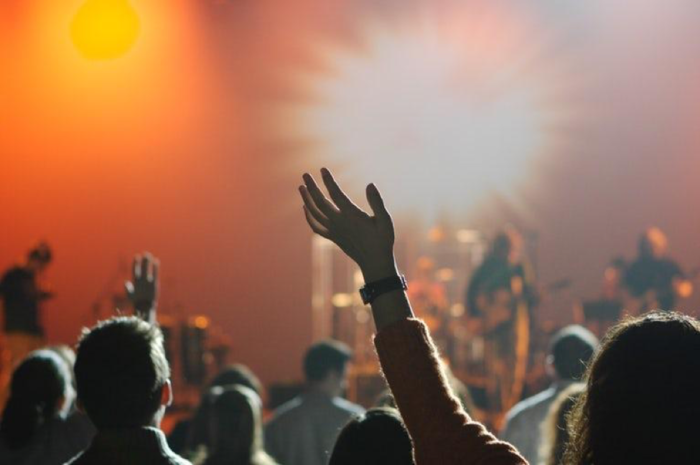 The party doesn’t stop in Atlanta.

New York City might be known as the city that never sleeps, but Atlanta is quickly trying to take it’s place. Like some of the top restaurants, many of these clubs and nightclubs are frequented by your favorite celebrities. Vanquish, an upscale nightclub in Midtown, is known as one of the most sophisticated spots in town. If you’d rather dance the night away, Tongue & Groove is a massive 8600 square foot nightclub that even has cryogenic blasters above VIP tables to drop the temperature.

Just in case you fall in love with Atlanta and never want to leave, there are plenty of luxurious residences to call home. Trendy neighborhoods are popping up all over the city, and the amenities of these homes rival those of the top boutique hotels. The Atlantic, the tallest residential building in Midtown, offers everything from a fitness and yoga studio to a resort-style pool with cabana service. Why rent when you can buy a condo like this and stay forever?

The ATL has made a name for itself as one of the fastest growing cities in the world. With more attractions and sights popping up every year, this is the place to be. The growth of recent business in the area makes it the home to the rich and famous, perfect for luxurious living all year round. Whether you choose to call Atlanta home or visit for a weekend, there is something for everyone here.