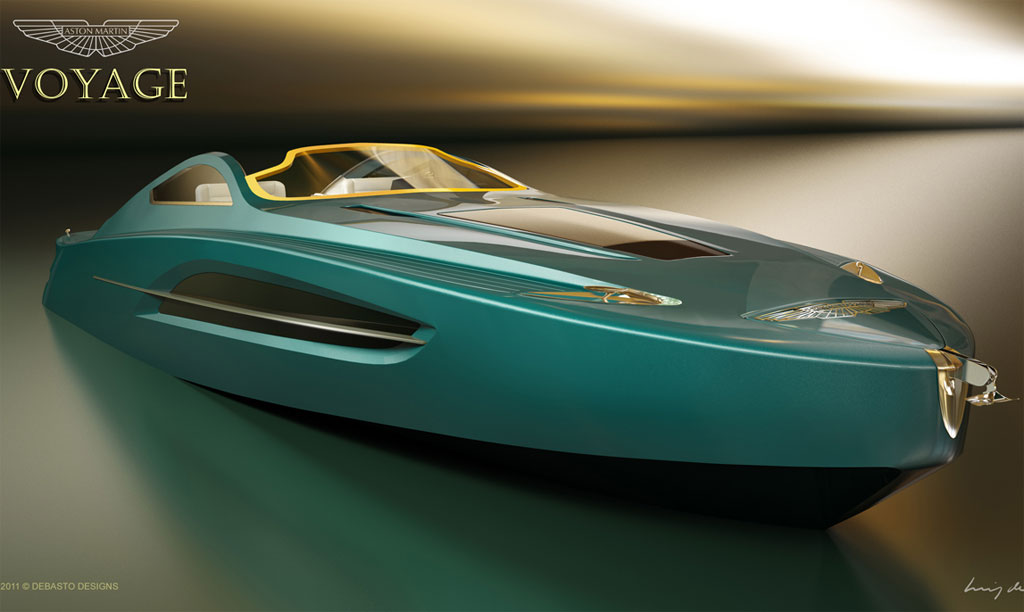 Many boat builders have attempted to tie the automotive and boating worlds together over the years. Lots of wooden speedboats from the pre-World War II era featured car-like cockpit furnishings. We can name a few boats that have been modeled after Corvettes (the sports car, not the light naval cruiser). And who can forget Mauro Lecchi’s Lamborghini-inspired yacht?

Now, respected Miami-based boat designer Luiz de Basto has penned a 55-foot yacht inspired by Aston Martin’s current product lineup. And rather than just sprinkling a few Aston Martin styling cues here and there and painting the whole thing up in the company’s traditional racing colors and calling it a day, de Basto has devised something that truly looks like an Aston Martin boat. Make the jump and see what we mean.

The headlights on the forward deck mimic the shapes of the headlights found on late model Astons like the V8 Vantage and Rapide. The large cabin side windows (and the bars that bisect them) evoke the fender vents found on just about every Aston Martin production model since the DB4. The windshield is shaped like the brand’s signature grille, and the exhaust outlets are housed in taillight-shaped inserts. The stern is even contoured to look like a bumper.

Unfortunately, de Basto hasn’t released any renderings of the cockpit or the cabin, but we’re guessing the former will look a lot like a contemporary Aston Martin dashboard, and the latter looks like the presidential suite at a trendy Manhattan or Hollywood hotel. De Basto also hasn’t said how he’d power this vessel; we’re just going to submit our recommendation for a pair of the Lola-Aston Martin LMP1’s banshee-wailer V12s right here and now. 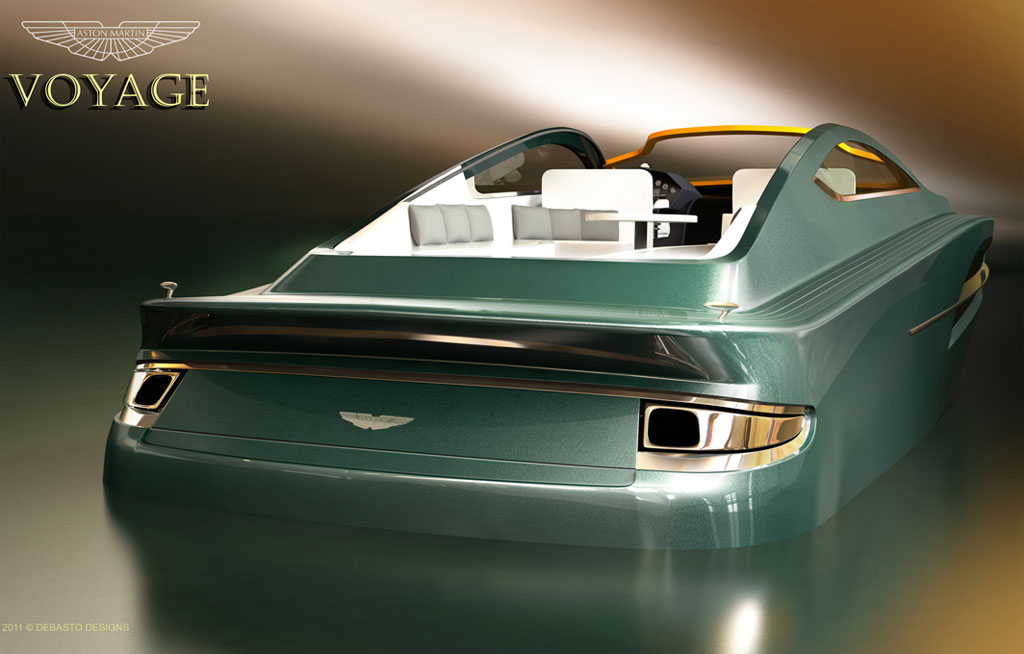 If you’re interested in skippering an Aston Martin Voyage 55 of your very own, drop Mr. de Basto and company a line. And be sure to have a lot of money on hand. De Basto doesn’t say how much, but you can bet it’s well into seven-figures. Of course, for the Aston Martin enthusiast who has a six car garage full of Astons and literally has to have everything with the marque’s winged insignia on it, no price is too high. We just wish it wasn’t too high for us.