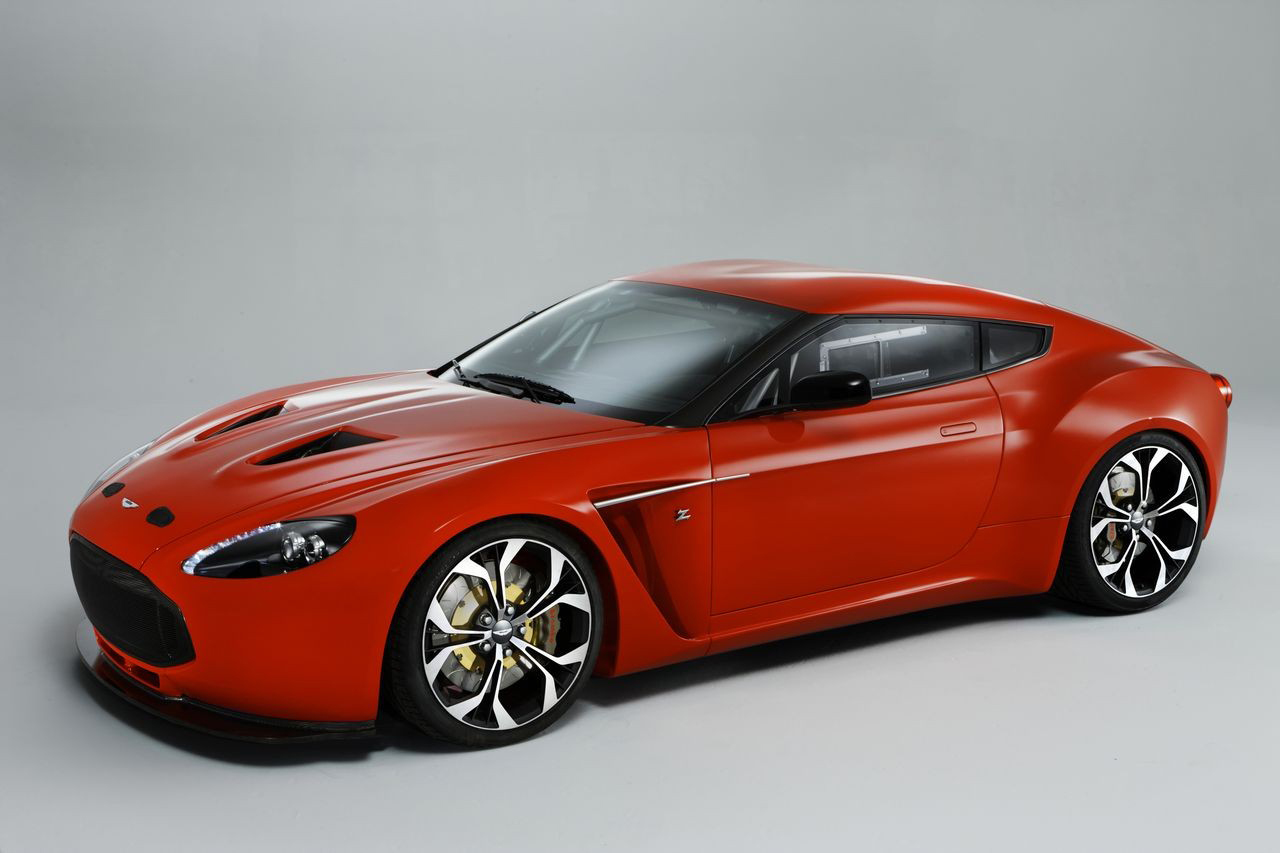 British sportscar and GT builder Aston Martin and Italian design house/coachbuilder Zagato have collaborated multiple times over the past half-century, beginning with DB4 GT Zagato which made its public debut at the London Motor Show in October 1960. From 1986 to 1990, the duo produced the Aston Martin V8 Zagato, a very striking (and very ‘80s) re-body of the long-serving Aston Martin V8. The early 21st century saw limited production of the DB7 Zagato (a car that was, like the V8 Zagato, available in coupe and convertible guise) and the DB AR1 roadster.

For its next trick, the Anglo-Italian partnership is treating the wild child of the current Aston Martin family, the V12 Vantage, to one of Zagato’s extreme makeovers, the results of which were revealed this weekend at the Villa D’Este Concours at Lake Como, Italy. But this ride’s parents didn’t just take it to the tailor and call it a day; they also took it to the gym, since they plan on proving its mettle in the crucible of competition. 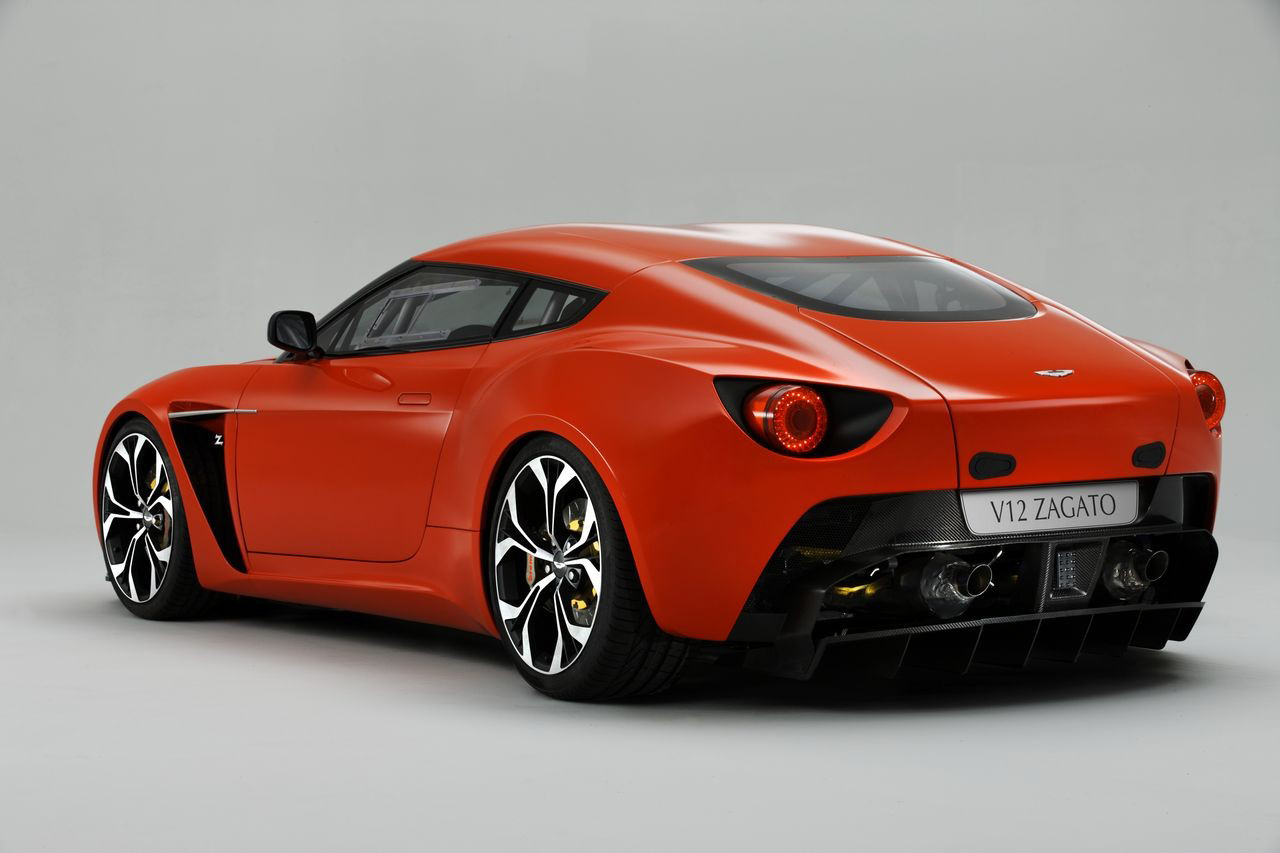 But about those new clothes: Those new aluminum body panels are hand-formed in the time-honored coachbuilding tradition. The new shape features classic Zagato styling cues such as the “double bubble” roof (originally designed to provide clearance for helmeted occupants), as well as a big-mouth grille that pays more than a little homage to the one on the DB4 GT Zagato. It’s all wrapped up in a shade of reddish-orange similar to the one found on the Lamborghini Aventador presentation car from Geneva.

Under the skin, the V12 Zagato is somewhere between race car and road car, with a rear license plate bracket street tires, and the standard V12 Vantage’s 510hp, 420 lb.-ft 6.0L V12 but a gutted interior with a full roll cage and a rear tow hook. And that competition spec hardware isn’t just for show; Aston Martin is entering the V12 Zagato in next month’s 24 Hours of Nürburgring. 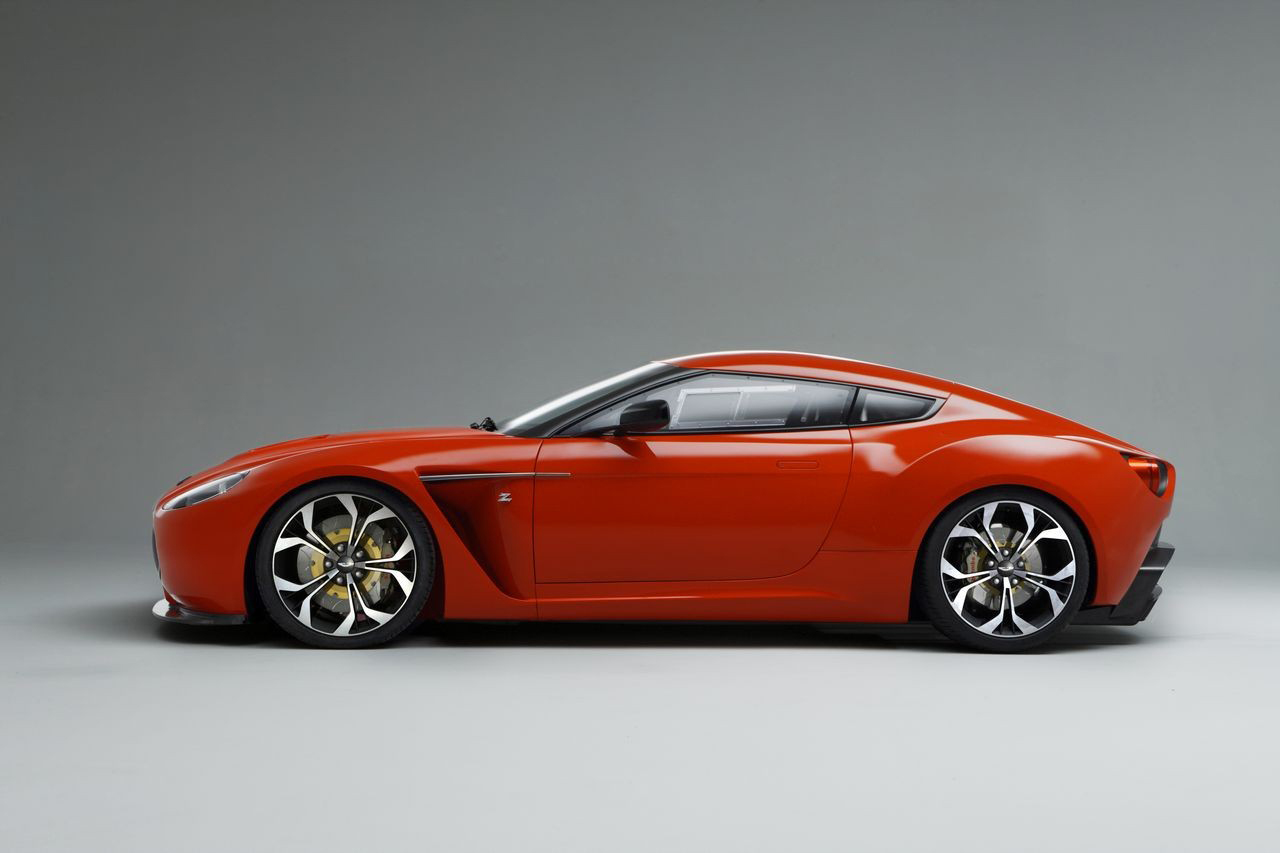 Putting the V12 Zagato on the track go a long way toward exposing the car to the public to gauge reaction, something company officials claim they want to do before making a decision on production. But if the Zagato-bodied Astons of the past are any indication, we’d be shocked (Shocked, we tell you!) if at least, oh, a hundred or so examples aren’t built and offered for sale before all is said and done.