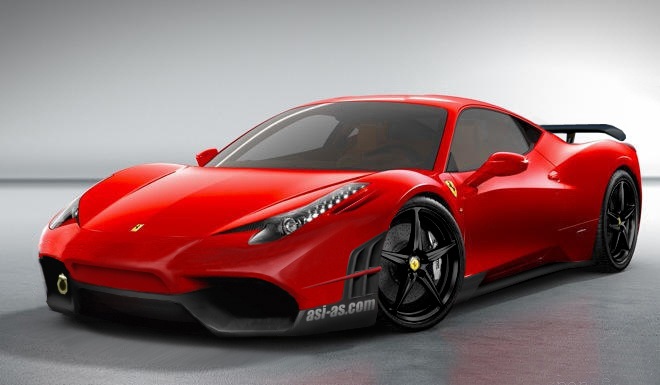 The CEO of ASI Corp, Satoshi Kondo, announced in a website post that the company is working on a body kit and other mods for the Ferrari 458 Italia. Although things are still being finalized, ASI served up two rendered images of possible design directions to whet our appetites. As opposed to some of ASI’s more outlandish alterations, like their work with the Bentley model lineup, so far they have been pretty reserved with their Ferrari mods. Their first offering, the 2009 ASI Ferrari F430, was a bit of an ugly duckling with the company still trying to feel out the possibilities and design aesthetic. While we applaud the effort, the ASI Ferrari 458 Italia still looks better suited for the track than the street. The lines of Pininfarina’s new design are so clean and flawless that any type of modification may appear more as a blemish than a beautification.

The ASI Ferrari 458 Italia features a new front bumper with air intakes, resembling wide open mouths, which significantly change the face of this new model. An alternative option adds two air vents on either side of the front fenders for a more aggressive look. Both renderings show more substantial side skirts. Sadly enough, it looks like the same awkward wing from their F430 is making its way to the rear of the 458 Italia as well. We still can’t see the full design of the rear, but it will most likely include a diffuser and possibly a new back panel. There has been no release date or further information on what performance mods may be included, but this Japanese tuner always makes a splash for better or worse. 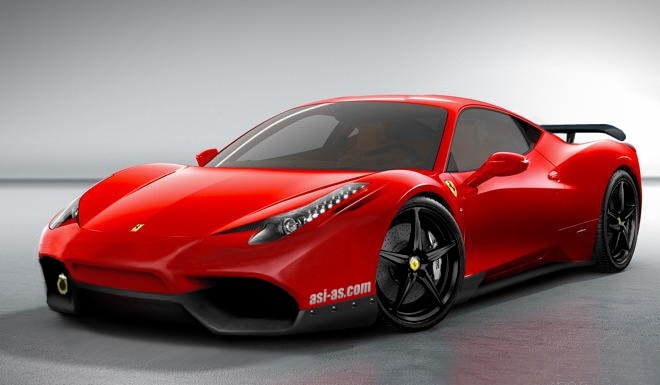