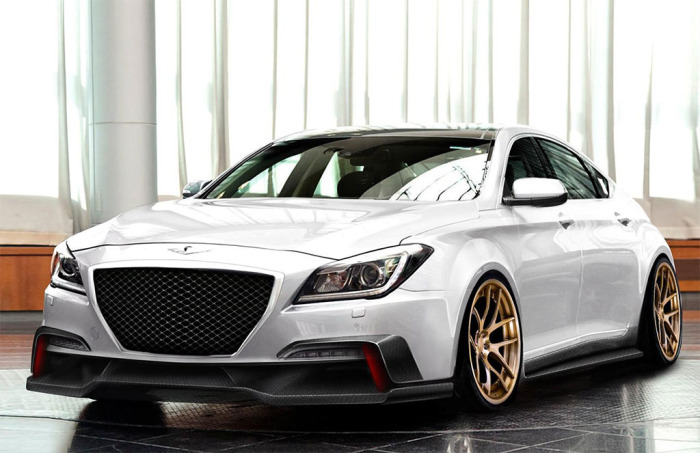 The second generation Hyundai Genesis is a fine luxury sedan, but it doesn’t have anywhere near the aftermarket parts support that its German or even its Japanese rivals do. However, that might not be the case much longer, because a company by the name of ARK Performance is preparing to premiere the tuned Genesis rendered here at the SEMA Show in a little over one month’s time. Not only will this custom Korean luxury sedan feature a sharp new body kit, flared fenders and a sick stance, but also a retrimmed interior and a collection of upgrade parts that bump the 5.0L V8’s output from 420 horsepower to 550 horsepower. Again, we hope to see many more companies jump on the VIP’d-out Korean luxo-barge bandwagon, even if they don’t go quite as radical as ARK Performance is. 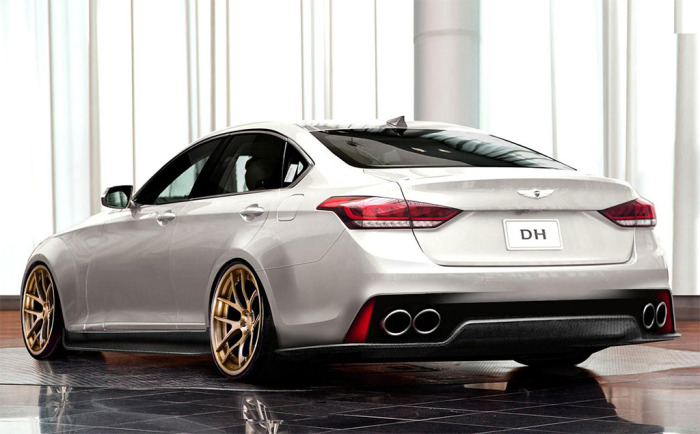