Arden Jaguar XKR-S is a Quantum Leaper over Stock 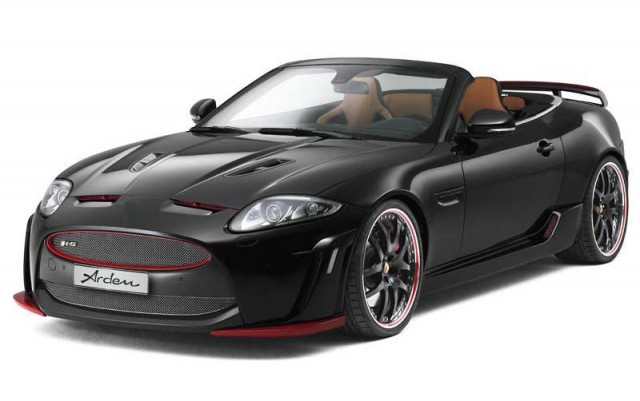 However, even though the XKR-S is a limited edition proposition, they aren’t exactly as rare as jackalope droppings. This is particularly true in locales like, say, the French Riviera or the UAE, where there’s at least one high-end car per city block (give or take). Fortunately, the German Jaguar specialists at Arden have some fixes up their collective sleeves. 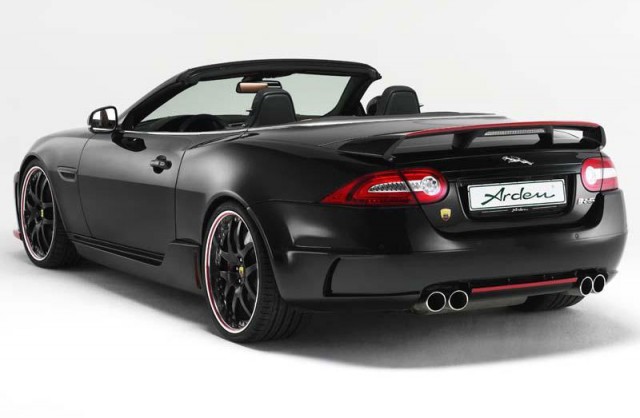 The front end is treated to splitter extenders, mesh grille inserts, and a Jaguar “Leaper” hood ornament (though it’s actually affixed to the fascia). The side sill extensions differ from stock, as does the rear bumper and the quad tailpipes. A handful of trim items are painted red, and a set of 21” split-spoke wheels with black centers and red stripes around the rims to match the body and trim are fitted.

Inside, the seats and other surfaces are reupholstered in a mix of leather and Alcantara, while Arden offers a range of aluminum, wood and carbon fiber trim options. The company also fits aluminum pedals and a sport steering wheel, as well as a bespoke audiovisual entertainment system. In other words, an already nice place to spend time gets even nicer. 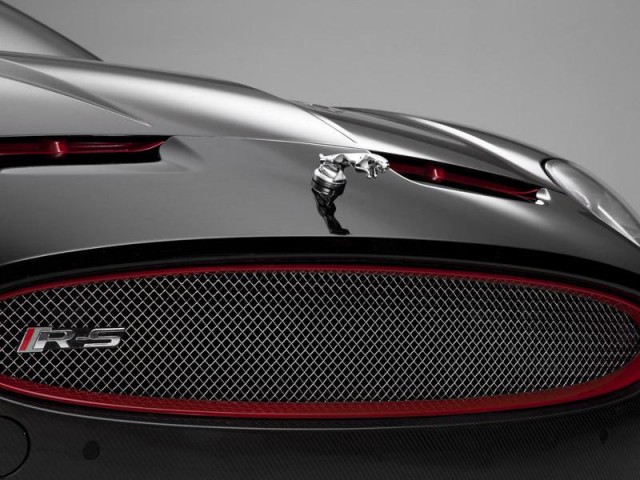 Of course, you won’t be spending too much time marveling at the interior appointments when you’re standing on the go pedal. A grab bag of unspecified engine upgrades bump the supercharged 5.0L V8’s output from 550hp and 502 lb.-ft of torque to 636hp and 592 lb.-ft. It’s worth noting, however, that the final power pack specifications are yet to be determined, so those numbers could change a bit. Transmission remains a 6-speed automatic with paddle shifters.

Also not finalized are the increases in performance and price, though we’re thinking both will be at least as substantial as the visual and mechanical changes. And considering how peppy the stock XKR-S is, we’re betting 0-60 mph will take just a whiff under four seconds in the Arden version. Rarely is the expression “Goes like a scalded cat” more appropriate. 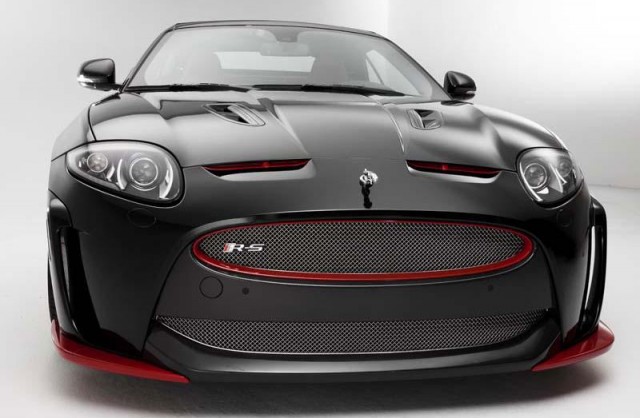