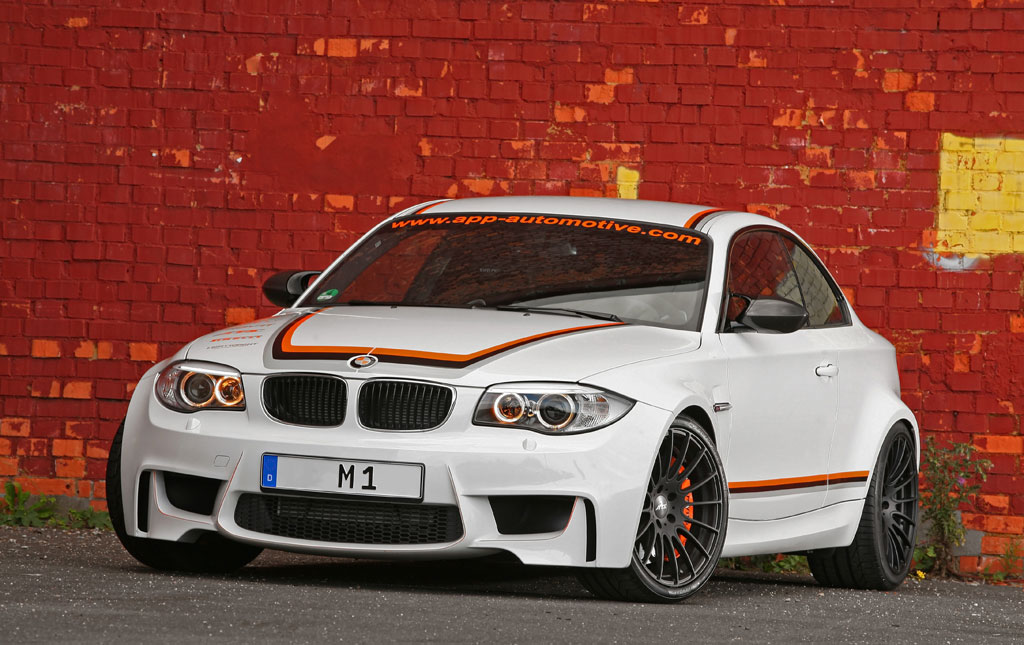 If you’re still harboring doubts about the BMW 1 Series M Coupe being the tuner car canvas of the moment, take a moment to look at the sheer number of tuned factory-tuned 1ers that have been trotted out in the past few months. Any serial car modder worth his or her salt is pretty much compelled to surrender to the charms of the hot Z4 and 335is’ 3.0L twin-turbo straight-six and the M3’s suspension and brakes stuffed in the 1 Series Coupe’s body.

APP Europe is the latest tuner to give the hottest factory 1 its brand of bippity boppity boo. And while there might not be wholesale changes to the exterior (though we admit those stripes are pretty loud), you’ll find some significant upgrades under the skin. 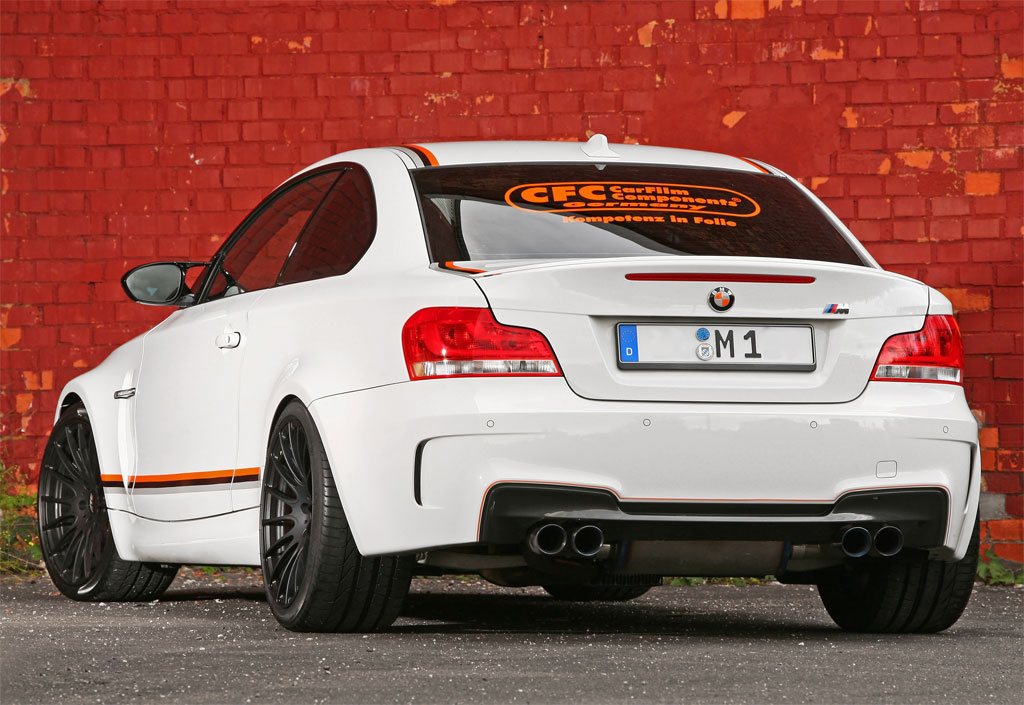 The biggest news arguably concerns the engine. Thanks to the fitment of a bigger intercooler, a titanium exhaust system that is claimed to be half the weight of the stock system and a reprogrammed ECU, the bi-turbo six makes a thumping 410hp. That’s a full 75 ponies over stock. The stock 6-speed manual transmission is tasked with sending all that muscle to the rear wheels which, like the fronts, are lightweight ATS pieces wearing Pirelli P Zero tires.

The brakes have been upgraded to Mo’vit ceramic rotors with six-piston calipers at the front and four-piston calipers at the back. Not a bad idea when you increase engine output by 22%. The suspension has also been treated to new parts in the form of KW’s Variante 3 kit, which is electronically adjustable via iPhone or iPod Touch. Very cool. 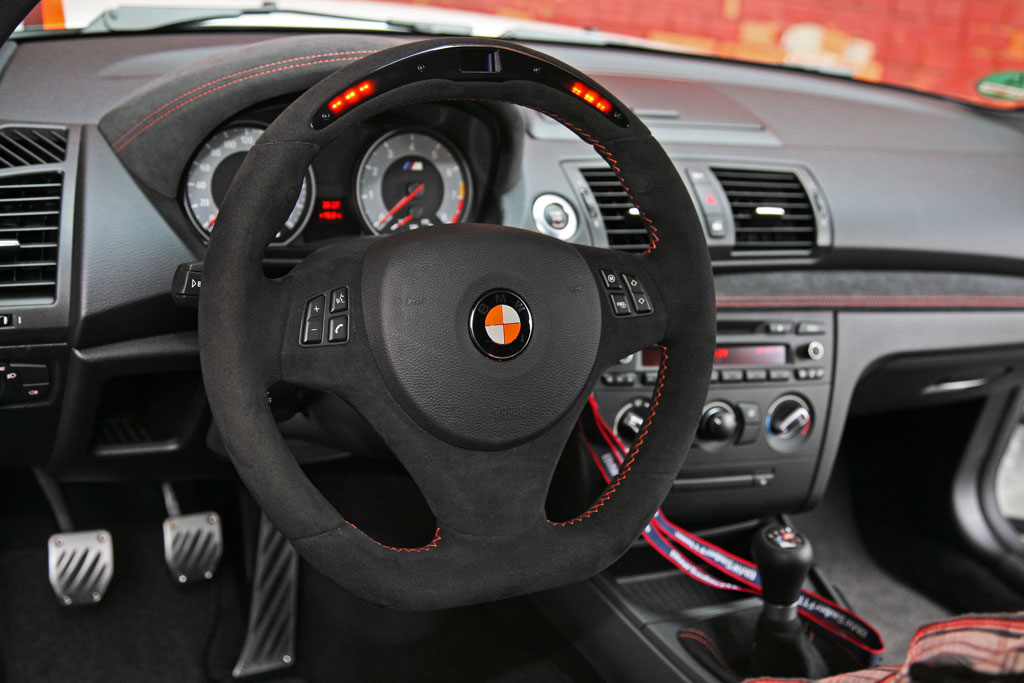 Inside the cabin, you’ll find custom orange stitching and Alcantara trim on the dashboard, seats and select trim items. The steering wheel has been replaced with a matching unit that features LED shift lights embedded in the top part of the rim. Consider it one more thing to keep you from forgetting that you’re not driving just another 1 Series M.

So how much does APP charge for all these tweaks? If you leave out the brake package, the tab is 14,000 euros (which is just under $20,000 at this writing). If you want the brake kit too, you’ll have to throw in another 6,000 euros (roughly $8,500). That’s pretty damn steep; so steep, in fact, that you could almost buy a new 128i Coupe. But then you wouldn’t get showered with cool points by your fellow Bimmer buffs at your local BMW gathering. And for some people, that’s a screaming deal at any price.