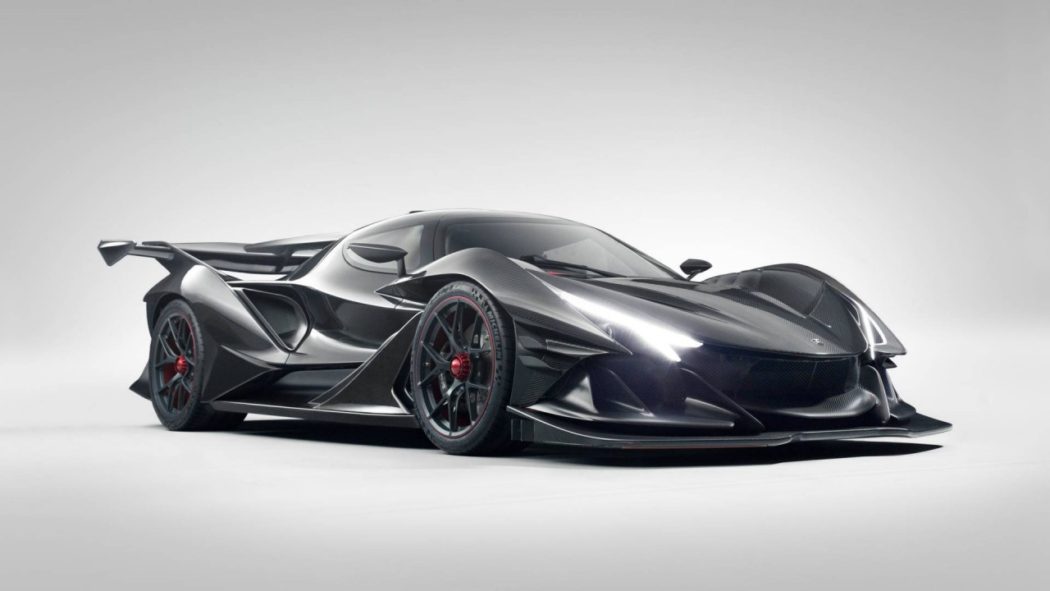 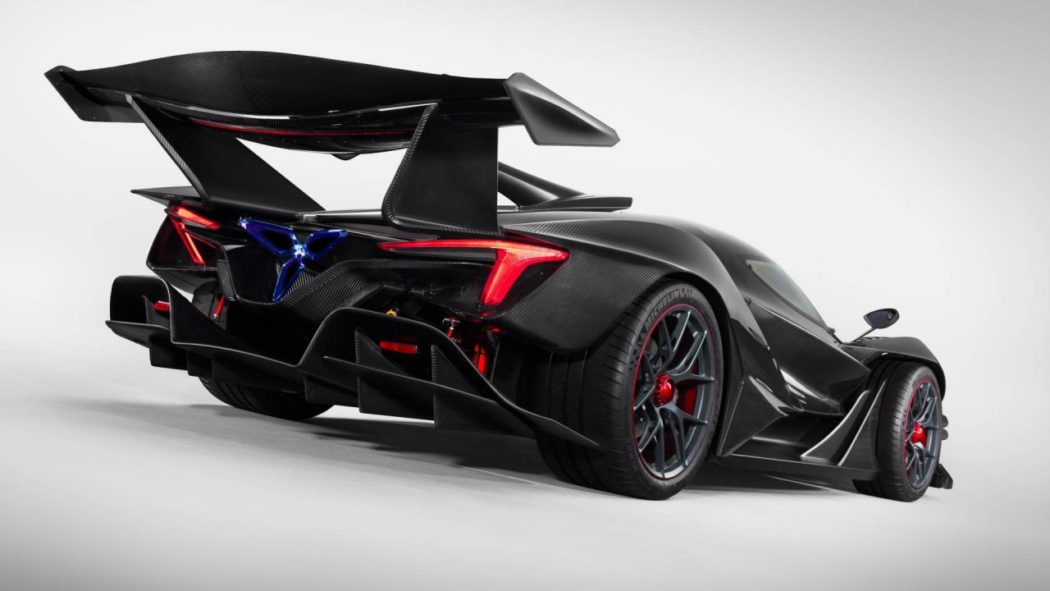 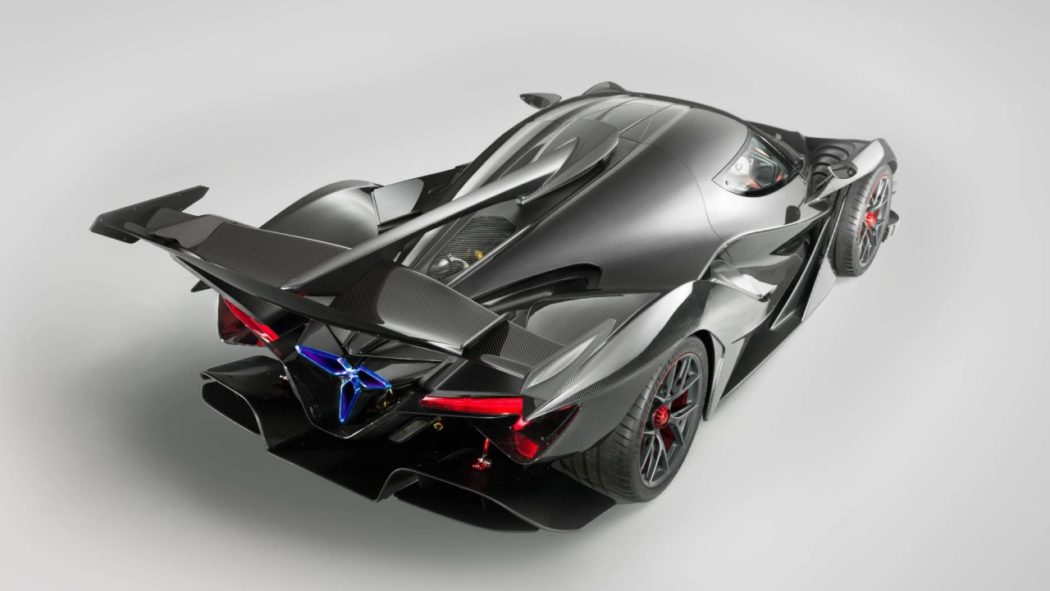 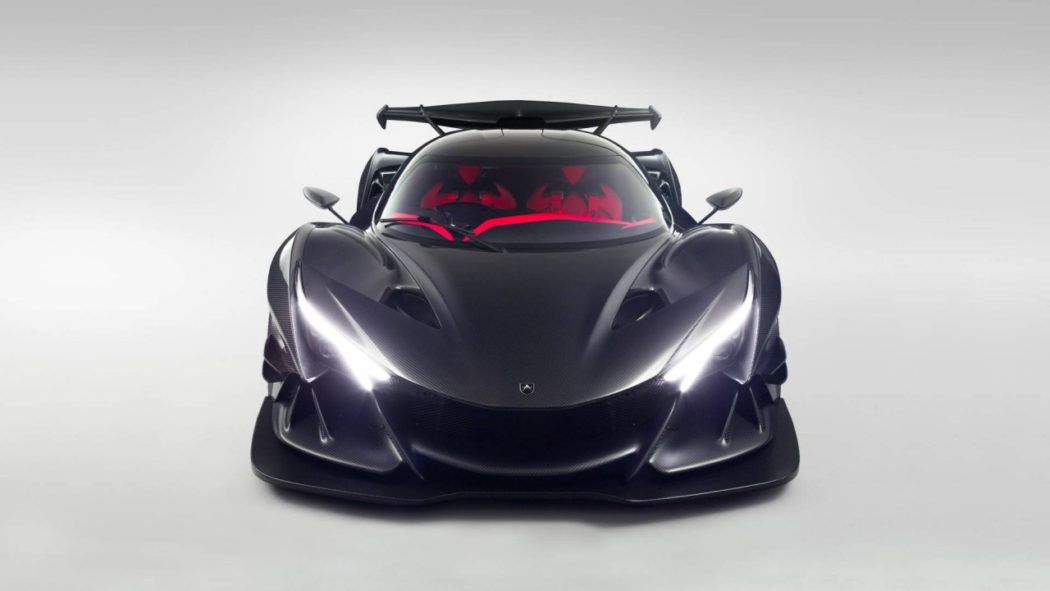 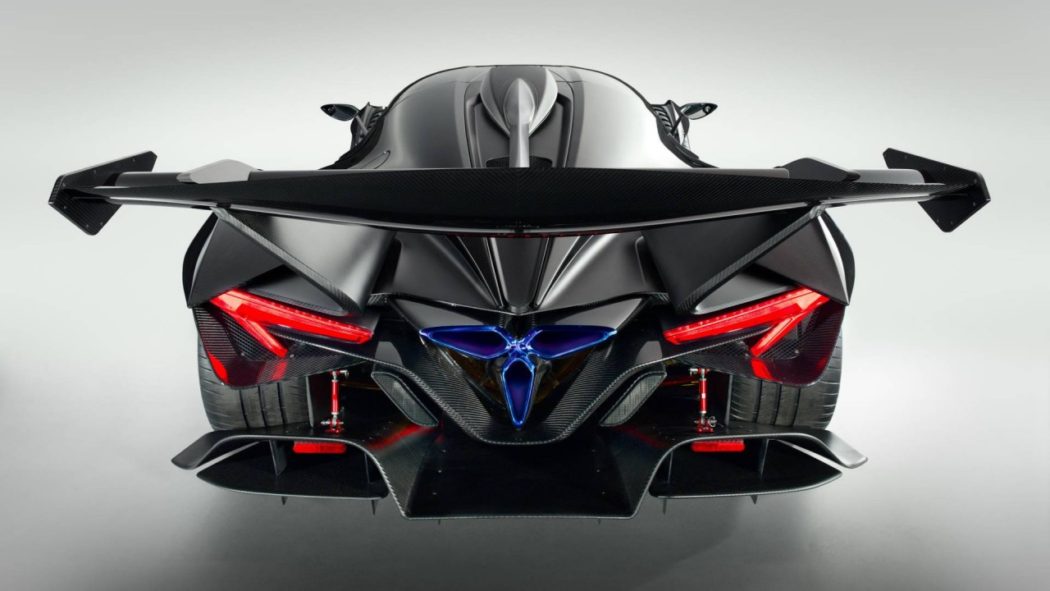 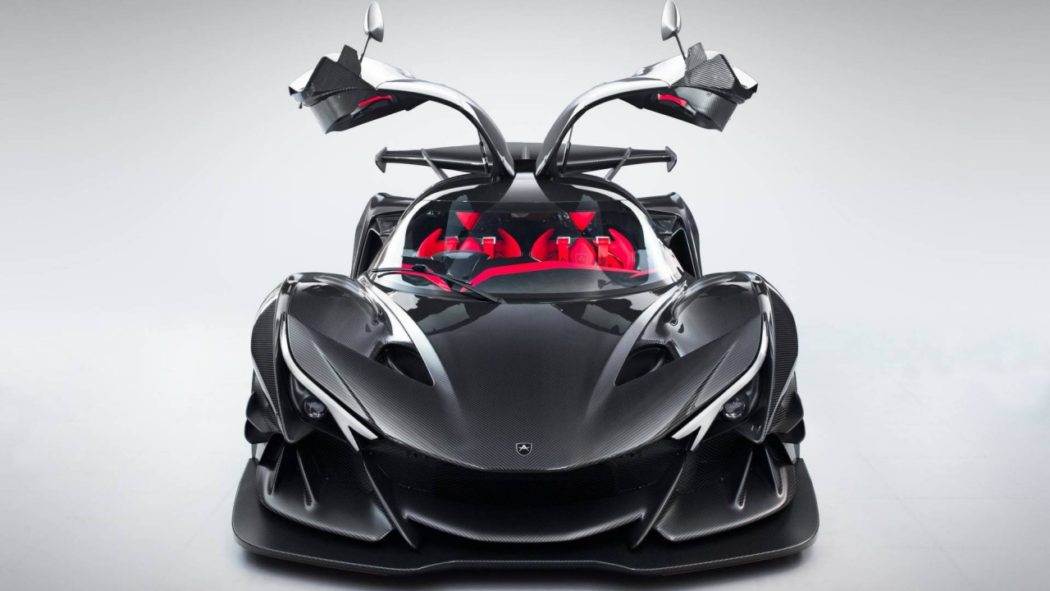 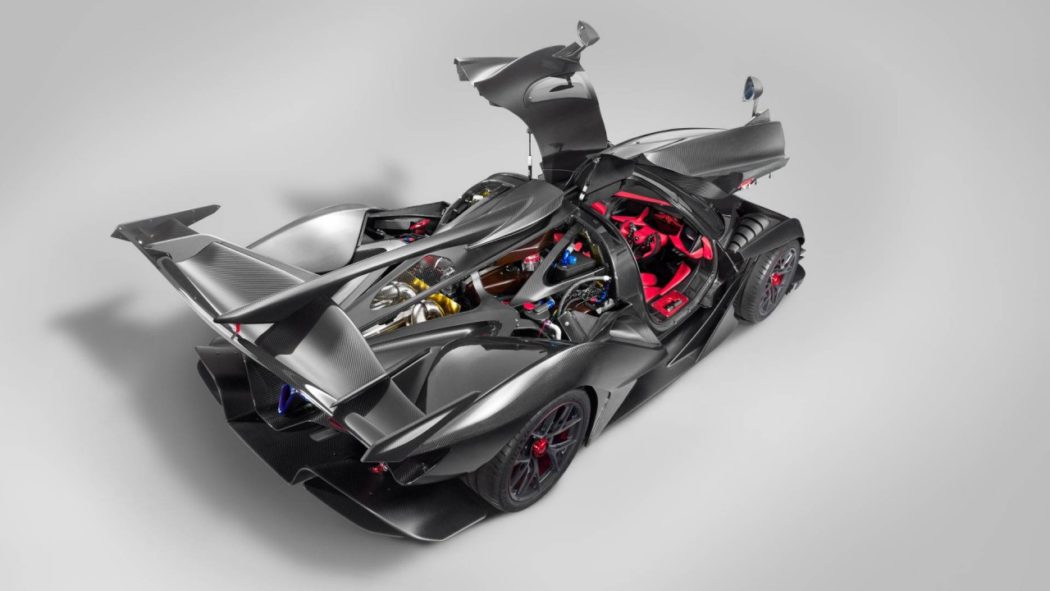 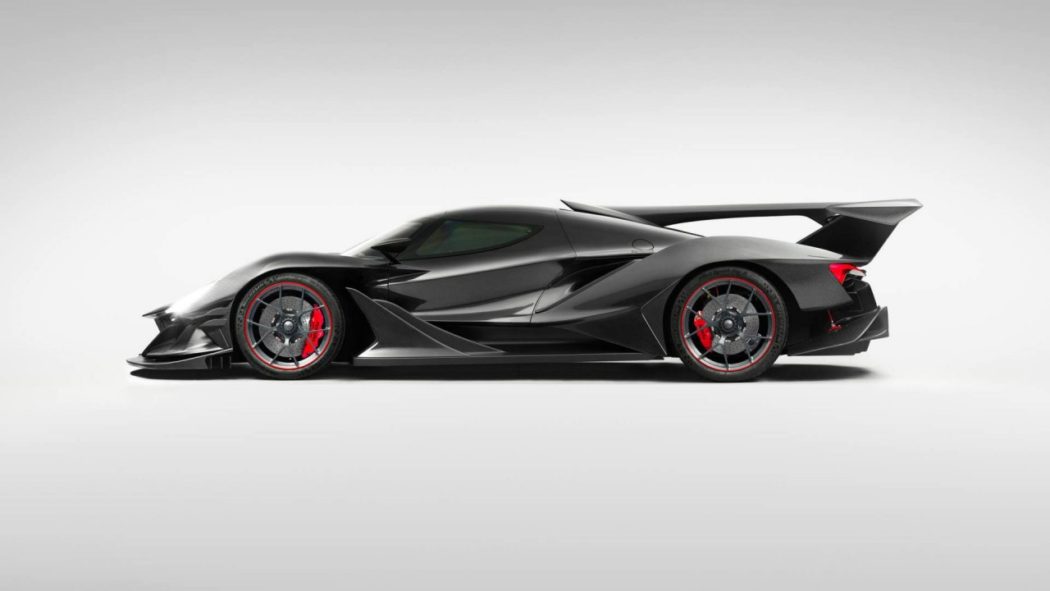 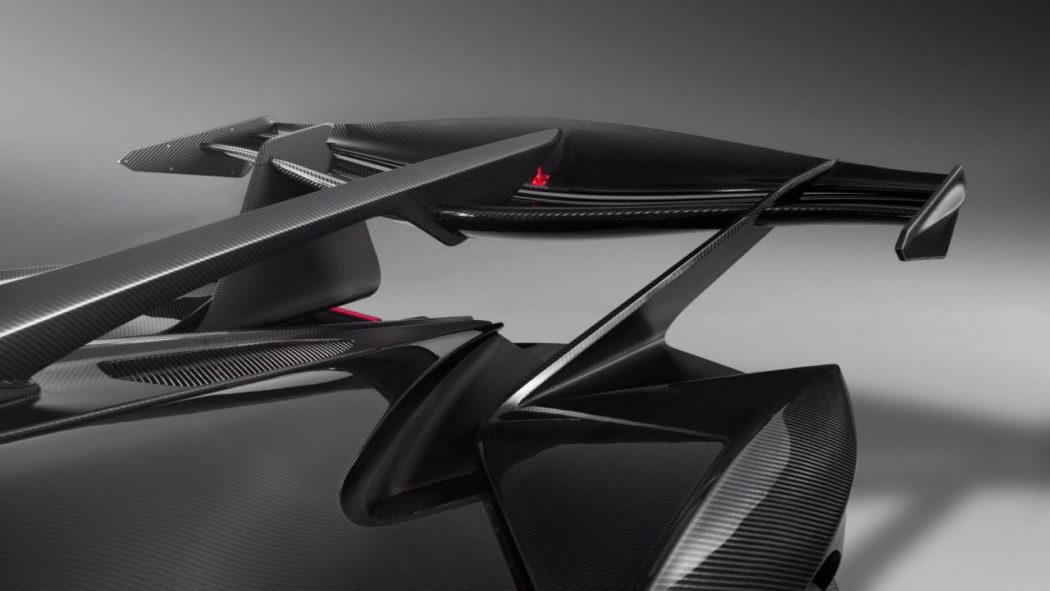 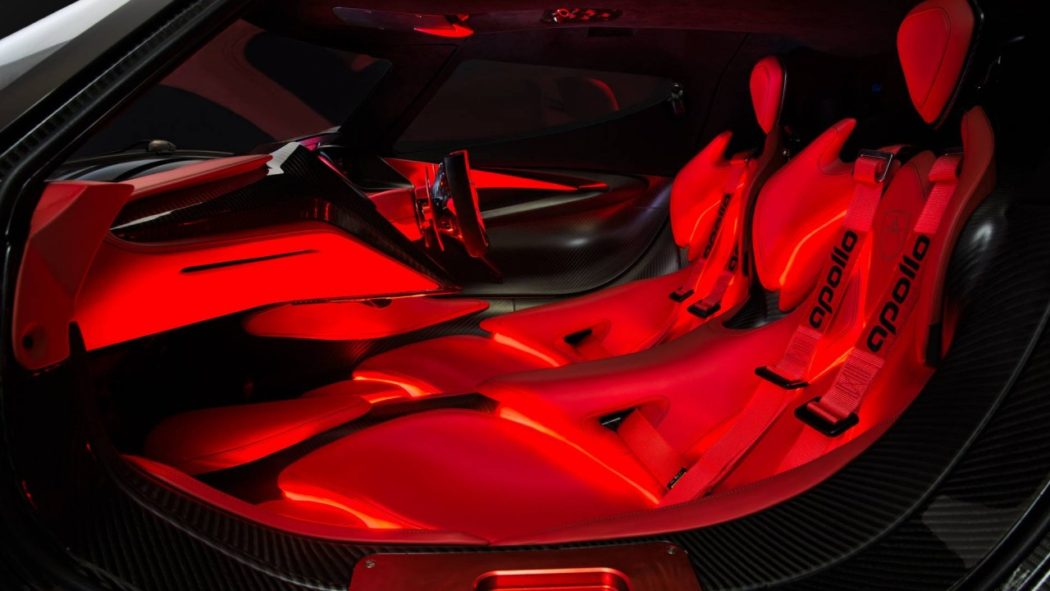 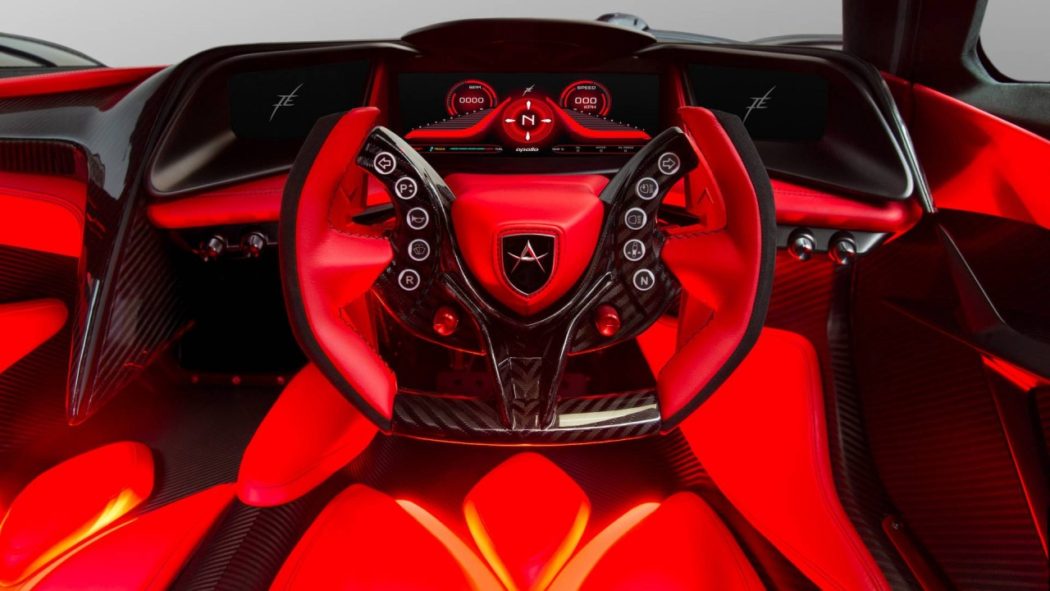 When tiny German supercar maker Gumpert reloaded and rebranded as Apollo Automobil last year, it touted a new, fighter-jet-ish model called the Arrow as being part of the mix. Well, we haven’t seen or heard much about the Arrow since then, but it appears that it’s getting an extra-hardcore track-only brother called the Apollo Intensa Emozione (IE for short), which translates to *drumroll please* intense emotion. Yeah, the name leaves us cold, too. But the power source for this machine has us all hot and bothered.

Apollo engineers have endowed the IE with a high revving (Redline is at 9,000 rpm.) 6.3L naturally aspirated V12 they’ve co-developed with Autotecnica Motori. With 769 horsepower and 561 lb.-ft of torque, this engine might not put up the monumental numbers we’ve come to expect from modern hypercars but, at the same time, there are no turbochargers to muffle the throttle response and sound from the engine, and no electric motors and batteries to add handling-dulling mass. So you could say this is the track-only hypercar for purists…provided said purists are okay with the IE’s 6-speed sequential transmission, traction control, selectable power levels and ability to generate more than its own weight (2,756 lbs.) in downforce at 186 mph, which is 22 shy of its top speed (It’ll also rip to 62 mph in a claimed 2.7 seconds.). Then again, how many purists will be able to afford the IE’s roughly $2.72 million MSRP?