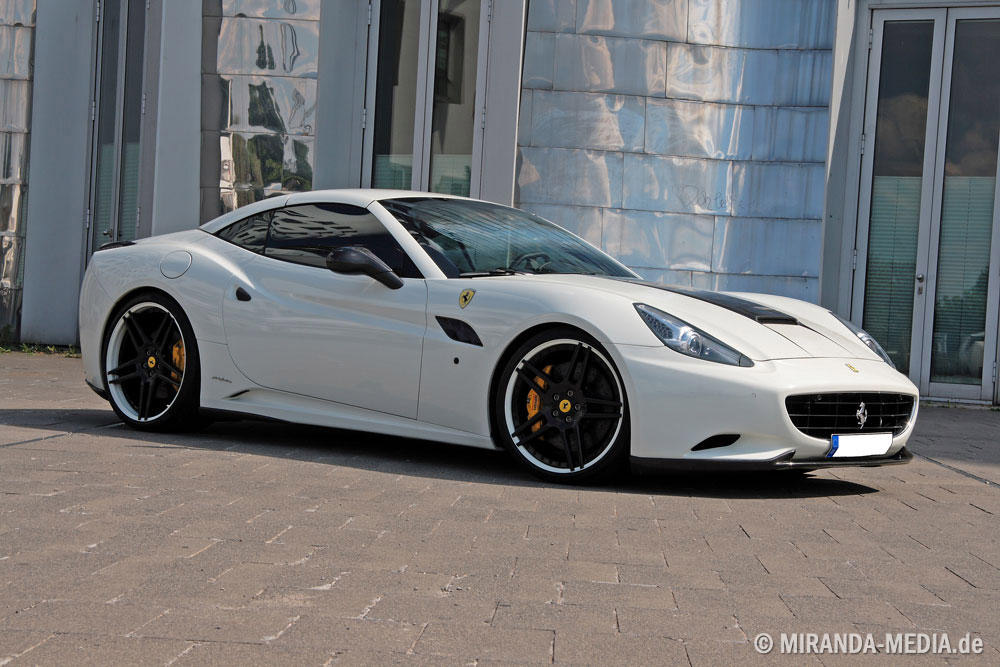 The Ferrari California is, like any model to emerge from the Maranello plant since, say, the shiver-worthy 348, a brilliant car. Unfortunately, that doesn’t change the fact that the latest “starter Ferrari” was practically born to be purchased by rodent-sized-canine-owning celebrities who neither know nor care about the car’s thousands of engineering man-hours or the storied marque’s extensive competition record both past and present. (“Fernando Alonso? He’s, like, an opera singer, right?”)

This pre-installed stigma is bad juju for types of true enthusiasts who would buy this car. You know, the folks who wake up at stupid o’clock in the morning to watch Formula 1 live on Speed and can appreciate technology like the direct-injected 4.3L V8 and available 7-speed double-clutch transmission, because the gearhead of lesser means who sees them cruising down the street will tend to assume the person behind the wheel thinks “Imola” is the name of a meat-borne pathogen and merely bought a California because it’s a convertible and it has a back seat on which to place the pet carrier of Aphrodite, their Mexican Hairless. 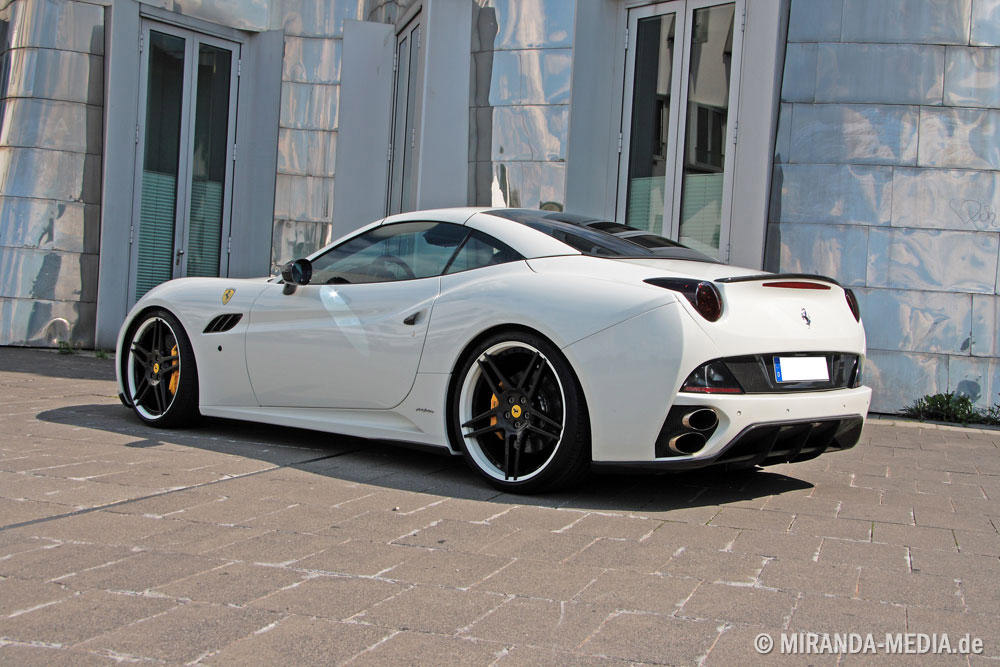 Mercifully, there is a way to show the world that, while you may be a Ferrari California owner, you are not a poseur. Just send your California and an undisclosed sum of currency to the Bavarian tuning firm Anderson Germany (no relation…we think). The heart of the company’s modifications lie underneath, where a reflashed ECU and a tri-mode stainless steel exhaust system (the latter featuring a system of valves that allow for a choice of three sound levels, presumably ranging from sleep-deprived-Dustbuster to Mel Gibson-at-an-African-American-rabbi-convention) raise output by 55 ponies for a total of 515hp. That is more like it, isn’t it?

But the envious peons on the street won’t notice those hidden upgrades since they’re, you know, hidden. That’s why Anderson Germany also adds larger wheels and tires (21-inchers in front, 22s in back), a suspension control module that allows the car to be lowered up to 1.3 inches at the push of a button, smoked taillight lenses, tinted windows (which probably won’t get the thumbs up from the average American DMV inspector) and a handsome body kit consisting of painted rocker panel extensions and an unpainted carbon fiber rear diffuser, rear lip spoiler, front air dam extension, hood scoop and side vent grilles. Buyers can also have the interior fitted with carbon fiber trim and other custom touches. In short, Anderson Germany has everything you need to make your Ferrari California stand out from the latte-sipping, paparazzi-fleeing herd. So much for your last excuse for not buying one.