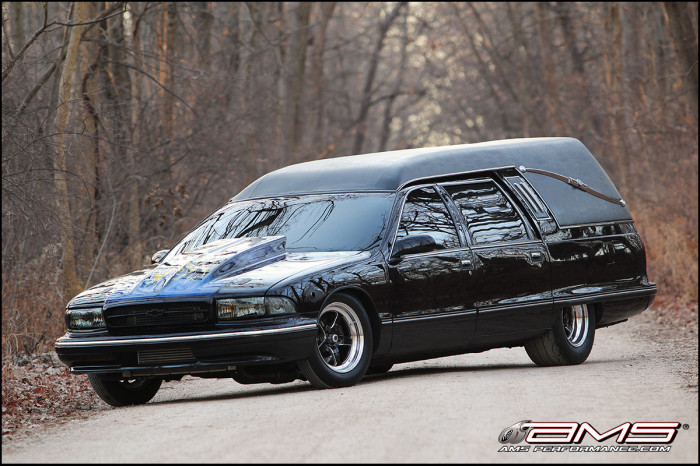 Most commercial vehicles are easy to appreciate for the functions they perform. However, hearses don’t seem to get much love, even though they play a rather vital role in our society. Perhaps it’s because we Americans usually try to sweep the subject of death and anything directly related to it under the proverbial rug. But dying is the most common side effect of living, striking emperors, beggars and everybody in between. You can’t blame hearses for that. 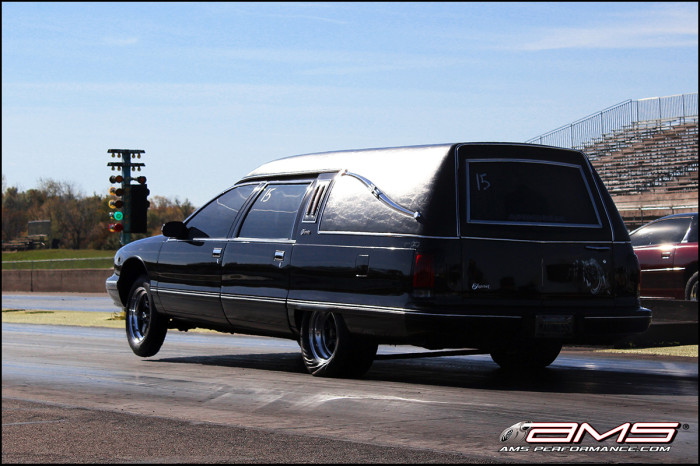 While we aren’t sure if the 1996 Chevrolet Caprice hearse seen here – built by AMS Performance and nicknamed Madness – will create a sea change in the public perception of these funeral-focused station wagon cousins, we do know that it is ridiculously, unapologetically awesome. With a late model 6.0L GM truck V8 huffing about 20 psi of boost from a single turbocharger, this two-and-a-half-ton Superior-bodied stiff schlepper is has managed to cover the standing quarter-mile in 9.94 seconds at 137 mph, and it has hit 161 mph in a standing half-mile speed trial. Those figures are enough to make this shiver-inducing Chevy the quickest-accelerating and fastest, respectively, hearse on the planet. 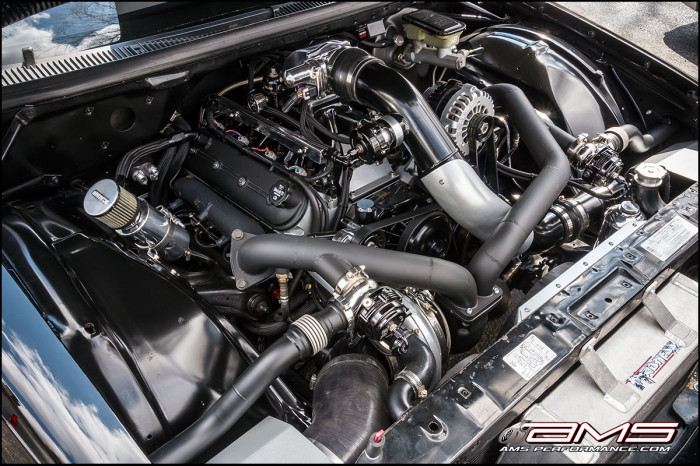 But AMS Performance, which has made its name selling speed parts for supercars like the Audi R8 and Nissan GT-R, reckons it can go even faster with some carefully-selected engine and driveline upgrades. If this thing can dip into the low-nines, we imagine it will send even more people – to take another cue from Iron Maiden – running to the hills. 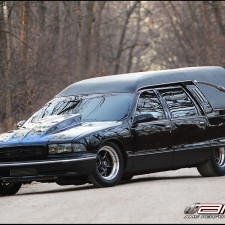 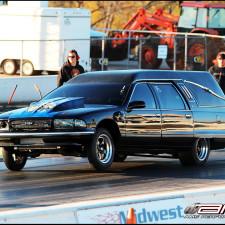 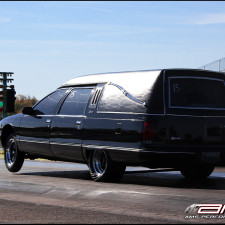 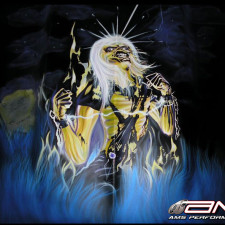 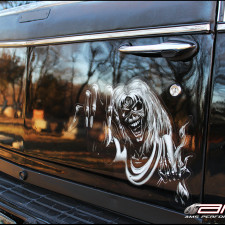 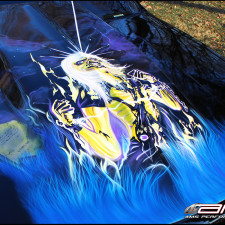 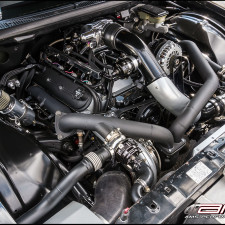 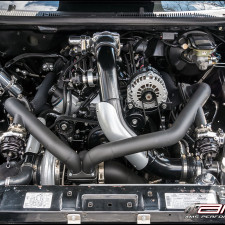 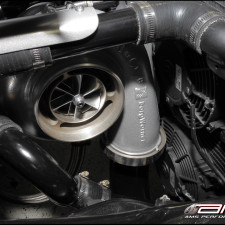 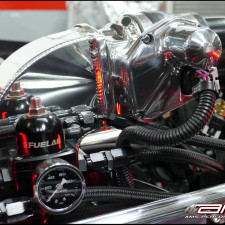 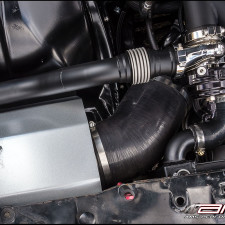