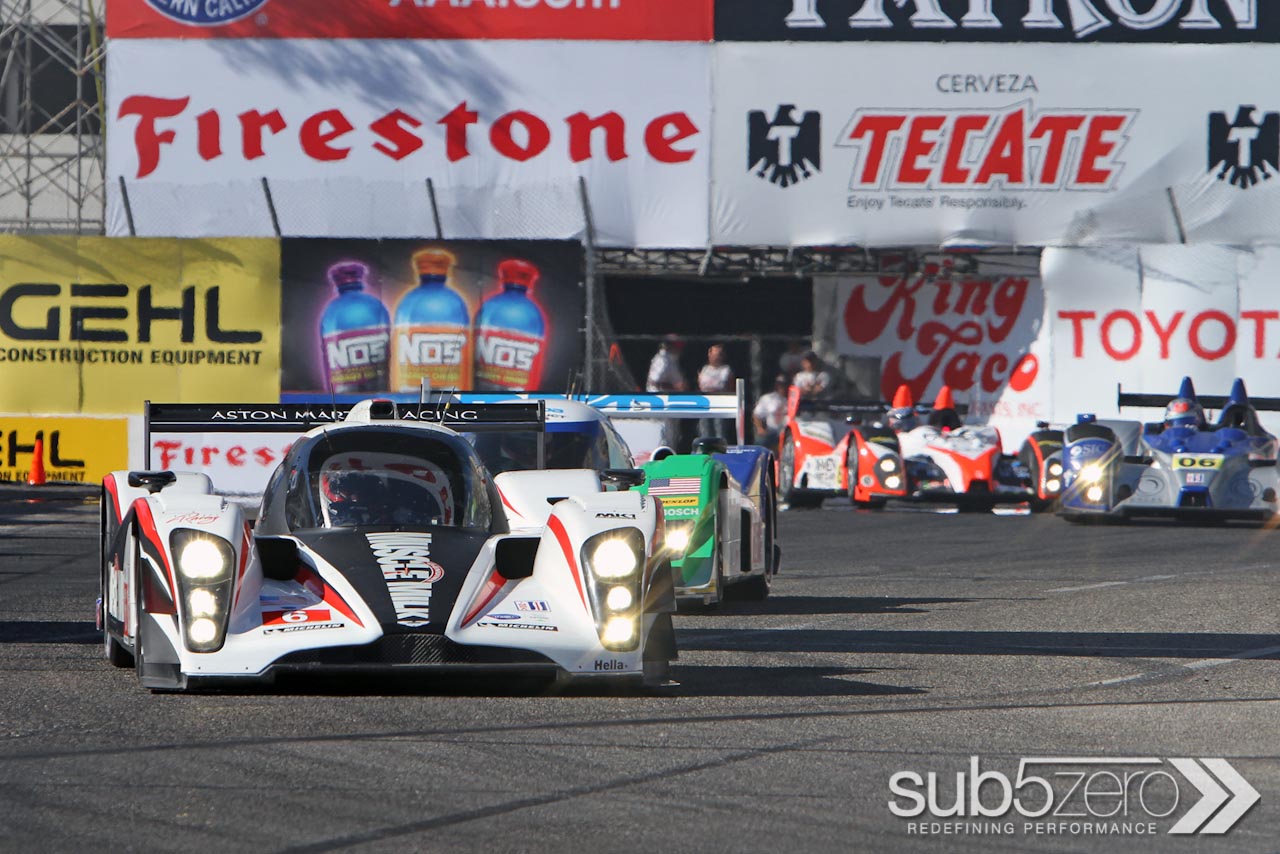 After a grueling 12 hours of racing at Sebring, the American Le Mans Series travelled to the 2011 Toyota Grand Prix of Long Beach for the 2nd Round of competition. Because many teams were preparing for Le Mans testing in Europe, this weekend’s field was a bit smaller than usual.  With only two entries in the LMP Class, it was up to the GT field to provide us with this Saturday’s entertainment, and they did not disappoint.

After starting in the front of the GT Class field, Joey Hand, driving the #56 RLL Racing BMW soon found himself in 3rd place after a near collision with his teammate. While battling into Turn 1 against a GTC Class Porsche, the #55 BMW driven by Bill Auberlen spun near Long Beach’s famed fountain. While trying to rejoin the race, he pulled directly into the path of the #56 car, nearly taking both BMWs out of the race. Both Patrick Long, in the Flying Lizards Porsche, and Oliver Gavin, in one of the Corvettes, managed to get by. Hand struggled to pass the Flying Lizards Porsche, as it seemed much quicker off the corners. 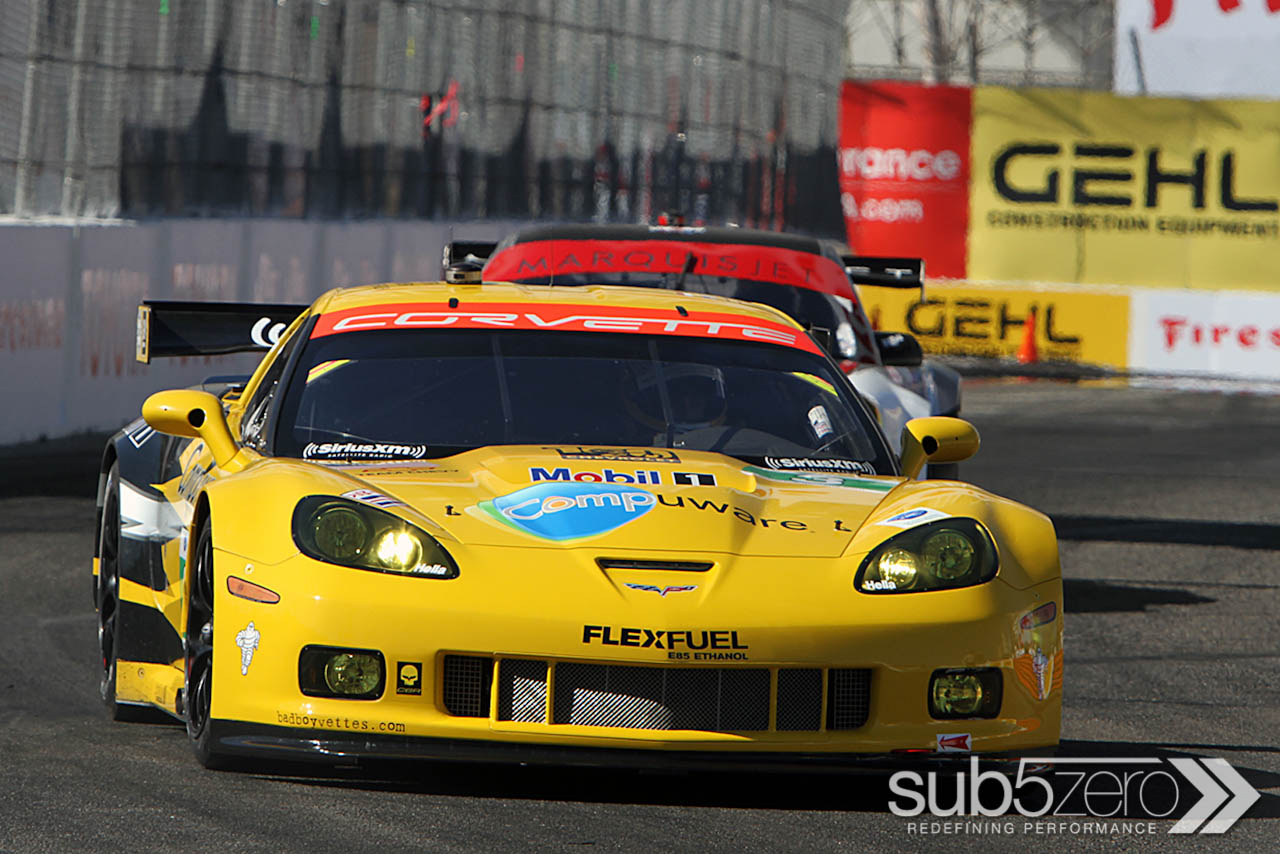 With about 1:20:00 left in the race, Patrick Long attempted a pass on Gavin’s Corvette going into Turn 6. As they both got caught behind traffic, Joey Hand managed to take both cars and regain the GT Class lead. Long would later take the fight back to the BMW, managing once again pass the #56 BMW. But a few laps later, disaster would strike as both cars passed one of the Patron Ferraris driven by Scott Sharp, which was a lap behind the field. Soon after passing the slower car, Patrick Long brushed the wall outside of Turn 8, damaging the #45 Flying Lizard’s front suspension. After making its only pit stop of the race, Dirk Muller took the #56 BMW to the end of the race, winning the GT Class. 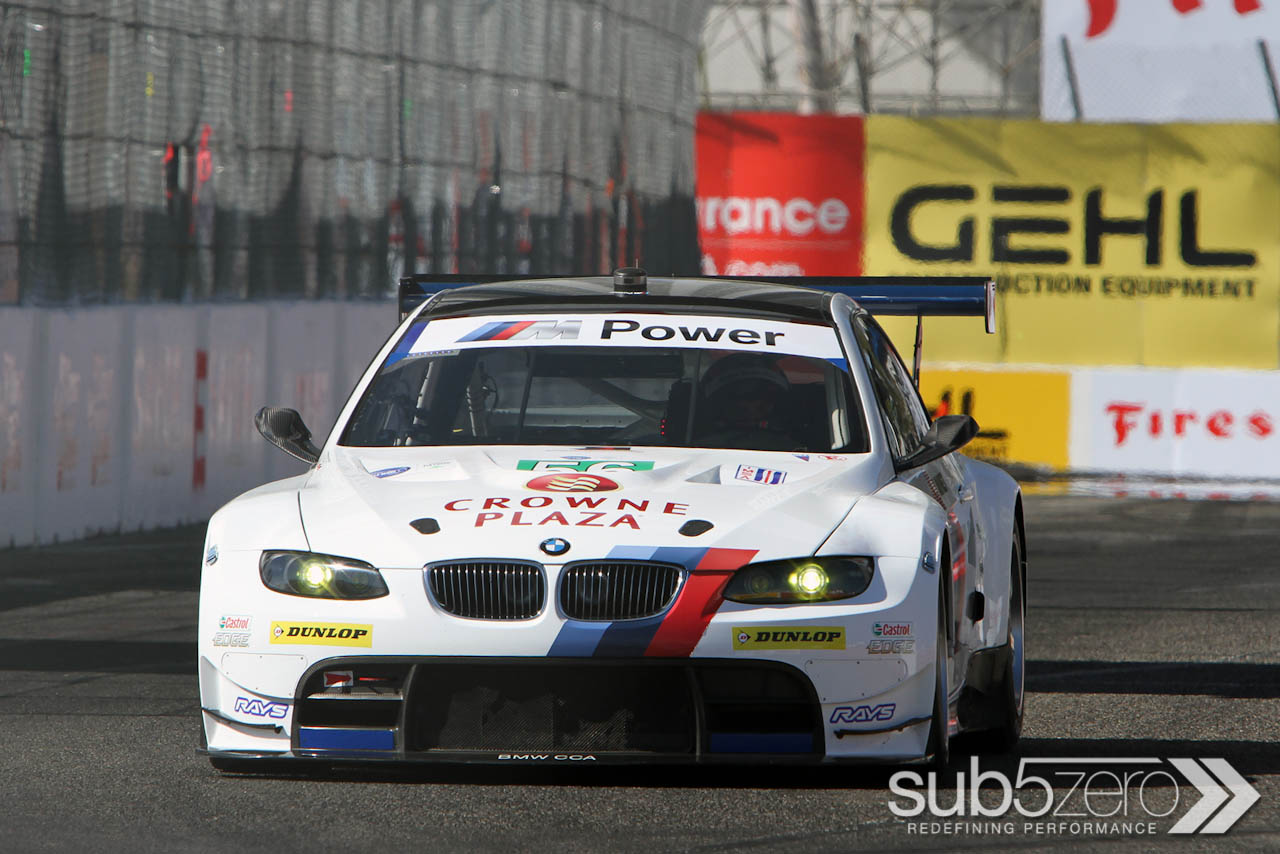 Although Guy Smith and Chris Dyson managed to put their Mazda LMP1 Protype on pole, by turn 5 of lap 1 Lucas Luhr had already taken lead in the Muscle Milk Aston Martin. They would continue to hold that position, leading at one point by more than a minute, for the overall race win. The LMPC Class win went to the #06 CORE Autosport car driven by Gunnar Jeannette and Ricardo Gonzales. 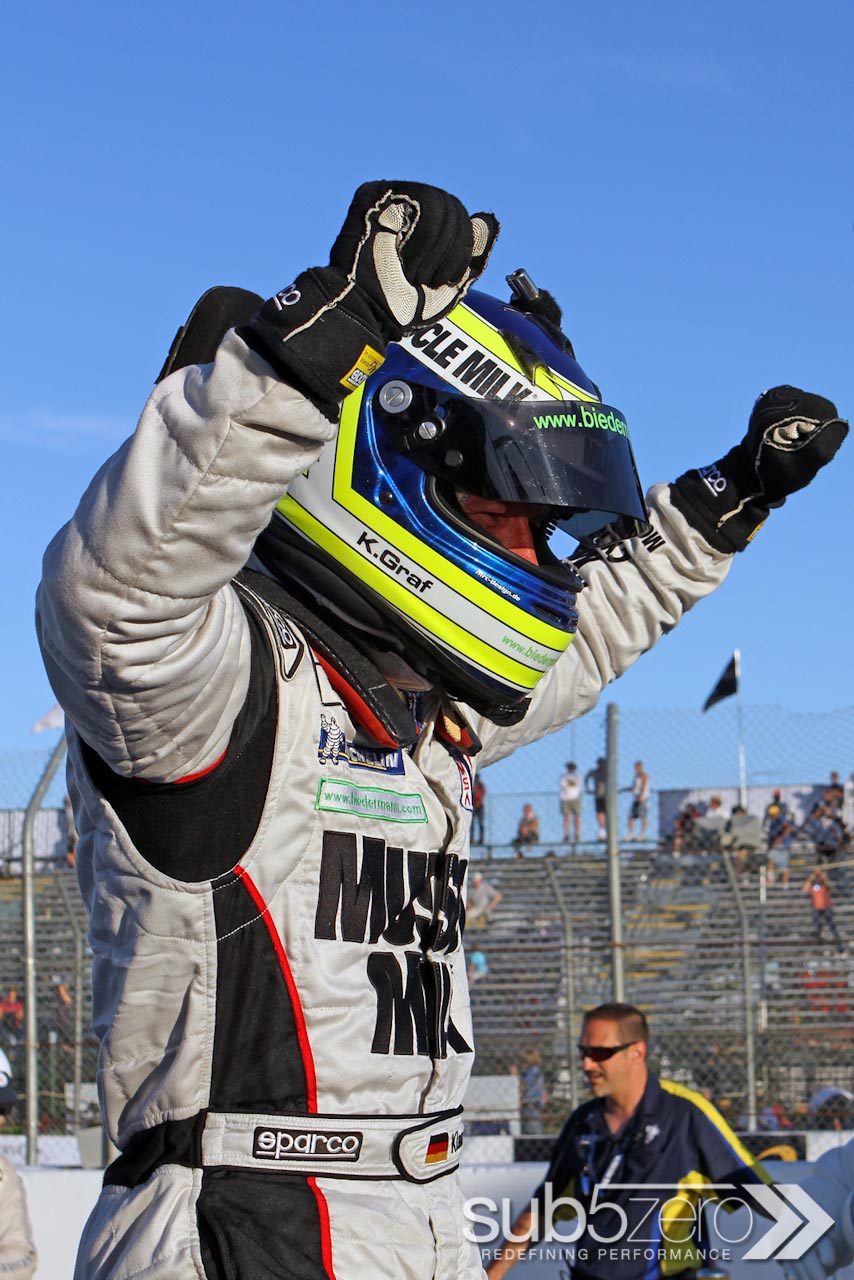 The top spot in the GTC Class was taken Tim Pappas and Jeroen Bleekemolen in the Black Swan Racing Porsche. The only car in the LMP2 Class, the #33 Level 5 Motorsports team completed only 45 laps. The team had planned this, as they hoped to protect the car from damage before it is shipped to Europe for Le Mans testing. As previous stated, even with a thin field, the ALMS action at the 2011 Long Beach Grand Prix was still extremely entertainment and a highlight of the race weekend.