ALMS 2013: Back to Back Wins at Laguna Seca for Muscle Milk 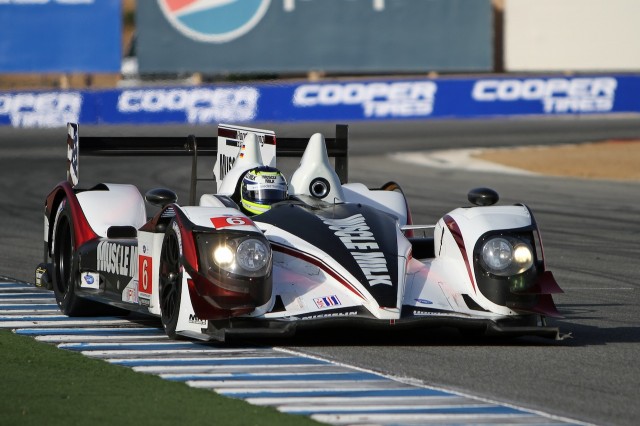 The American Le Mans Series travelled once again (and sadly for the last time) to Mazda Raceway Laguna Seca this past weekend. And for the second time in 2 years, the #6 Muscle Milk HPD ARX-03a driven by Lucas Luhr and Klaus Graf took the top step at the podium. This was Luhr’s 43rd victory in ALMS, making Lucas the winningest driver in ALMS history.

Luhr and Graf battled for the entire 4-hour race with the #12 Rebellion Racing Toyota powered Lola B60/12 driven by Neel Jani and former F1 driver Nick Heidfeld. Jani had actually set the fastest time in qualifying the previous day with a lap time of 1:13:429. Both Rebellion and Muscle Milk took turns leading the race, trading places 3 or 4 times throughout the 4-hour battle. 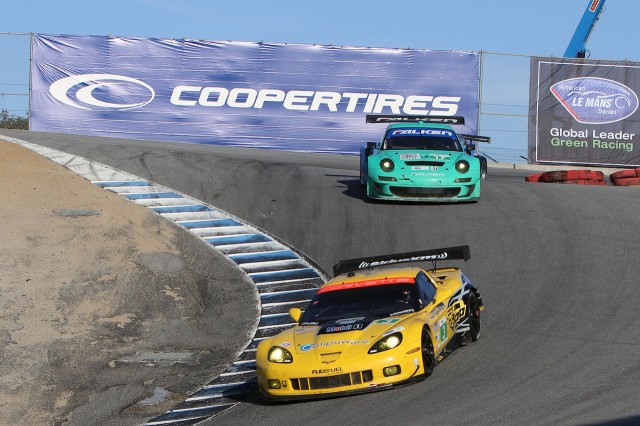 The challenge of endurance racing took the toll on both teams. Each had fantastic offs in different parts of the courses, with the Rebellion Lola taking the “shortcut” through the dirt at the corkscrew, and the #6 Muscle Milk car taking a stroll through the dirt beach between turns 4 and 5.

The multitude of racing classes is what makes ALMS one of the world’s premier racing series. And as usual, the battle in the GT Class was nothing short of incredible. At the end of 4 hours, only 3 seconds separated the top 5 finishers in the class. The #3 Compuware machine driven by Jan Magnussen and Antonio Garcia took the victory, with a margin of only 0.982 seconds to the #17 Team Falken Tire Porsche 911 GT3 RSR.

This weekend marked the much anticipated debut of CORE Autosport’s 911 GT3 RSR driven by Flying Lizards veteran Patrick Long and Tom Kimber-Smith. The duo had qualified 2nd, but was moved to the back of the grid after the car failed an inspection after Friday’s qualifying. 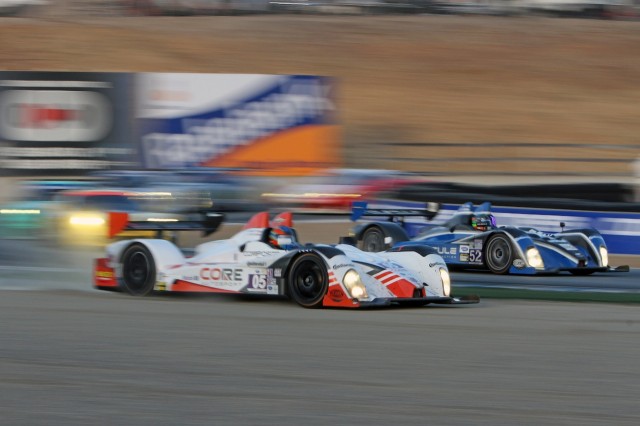 In a race filled with full course cautions and after 4 hours of grueling wheel to wheel racing, the class win for the LMPC class was decided with less than a 1/4 mile to the finish line. In a final lap restart after one of the cautions, the #52 PR1 / Mathiasen Motorsports car driven by David Chang and Mike Guasch made a pass for the lead as the #05 CORE Autosport ORECA went wide into the dirt after turn 11. The GT battle for the win can also be seen in this photo as both the #3 Compuware Corvette and the #27 Falken Racing 911 RSR can be seen rounding the last corner of Laguna Seca Raceway. 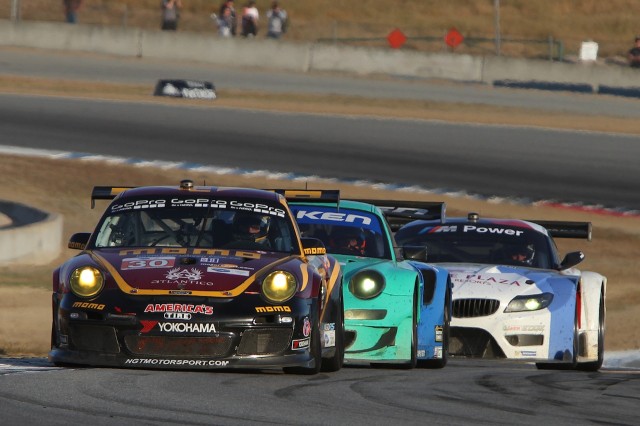 The P2 Class win was taken by Marino Franchitti in the #551 Level 5 HPD ARX-03b, with a margin of less than 6 seconds to the second Level 5 machine driven by Scott Tucker. And for the second race in a row, the GTC Class win went to the #30 Porsche GT3 Cup driven by Nick Tandy and Henrique Cisneros. This class win was also decided on the race’s last lap, after Tandy passed the #27 Porsche that was co-driven by Patrick Dempsey (yes, that Patrick Dempsey) and Andy Lally. 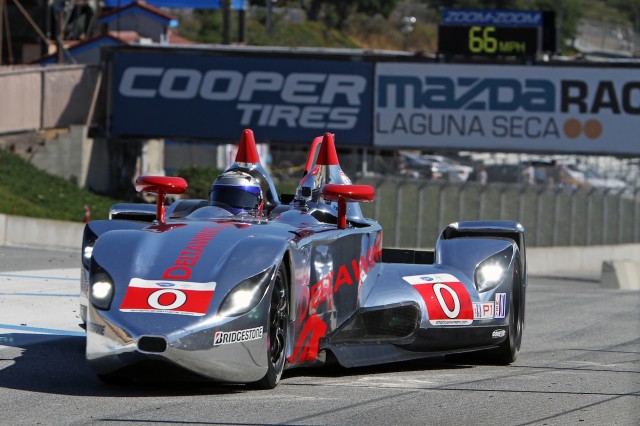 Although the P1 and GT battles were thrilling, we must admit that one of the weekend’s key highlights was seeing the Deltawing run through Laguna Seca’s famous 11 Turns. The car was co-driven by Andy Meyrick and Katherine Legge, the #0 DeltaWing managed to score the car’s first podium finish with a 3rd place in the P1 category. Legge became the first woman to get podium result in ALMS history.

The #0 DeltaWing had a difficult weekend, facing numerous problems. But in the end, the car managed to run almost the entire race. After experiencing full power failure, it actually crawled to a halt outside of the pitlane entrance. But even an official 32nd place finish was sadly good enough for a P1 podium. 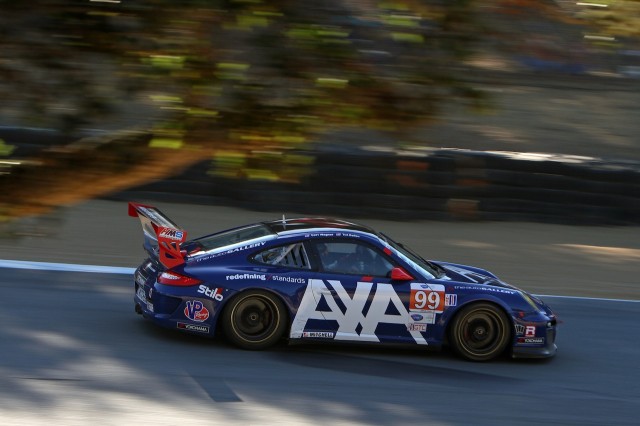 As the last cars crossed the finish line, we were once again reminded that this was the last time ALMS will compete at Laguna Seca. Much is still uncertain as to what the future holds once the series completes its merger with GrandAm and begins racing under the United Sportscar Racing (USR) banner next year. But like one famous face around the ALMS paddock told us, we have to think of it as a glass half full.

Maybe they’ll get it right, and sportscar racing in North America will once again rise to greatness. We still have hope, and we can’t wait to see what happens. Hopefully it will include a stop at Laguna Seca. It would be sad to not see some of these beautiful machines coming down the infamous corkscrew.