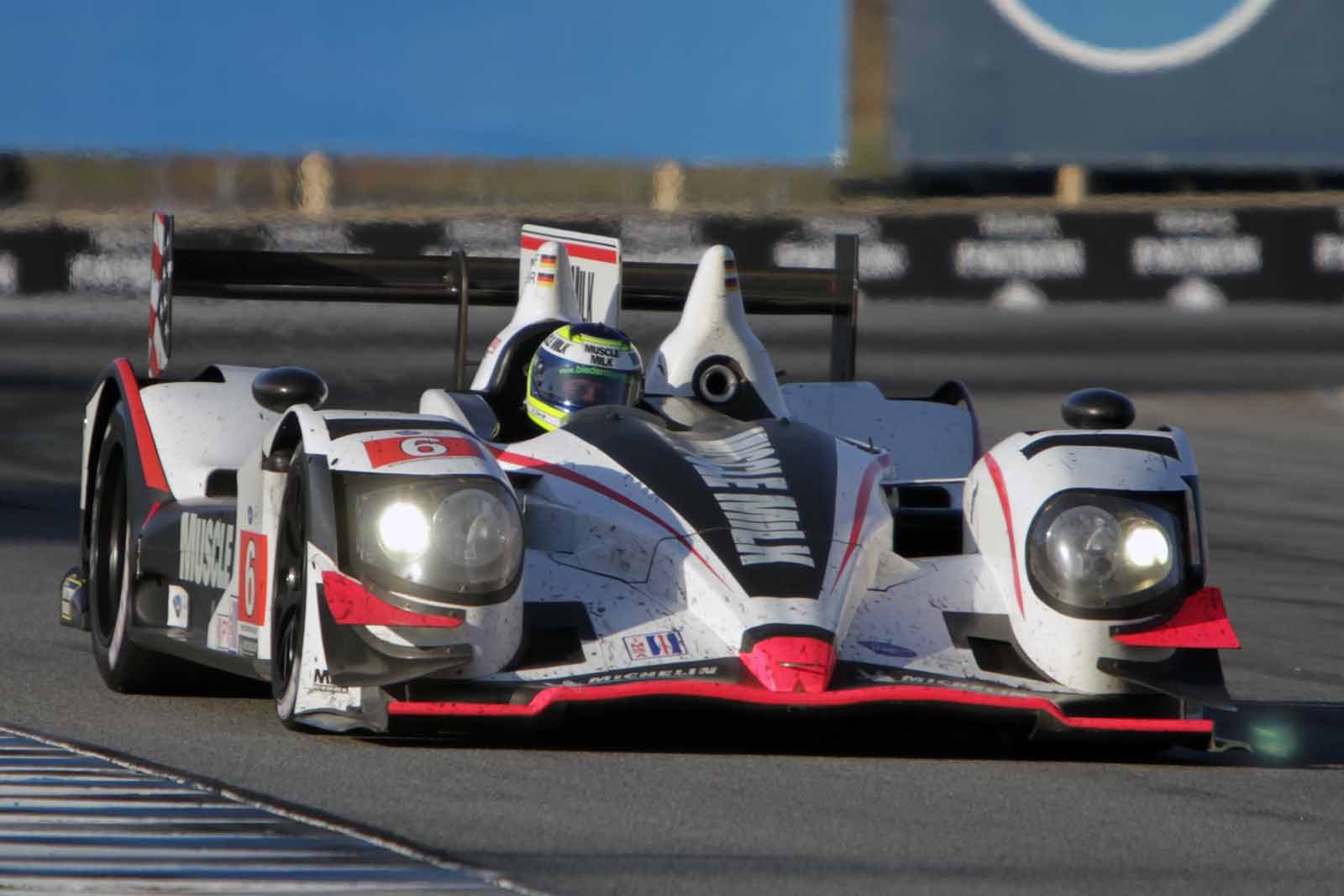 This past weekend Sub5Zero traveled once again to the beautiful Monterey Peninsula to bring you coverage of American Le Mans Series at Mazda Laguna Seca Raceway. After 6 grueling hours, Lucas Luhr and Klaus Graf took their Honda HPD ARX-03a to the top step on the podium. 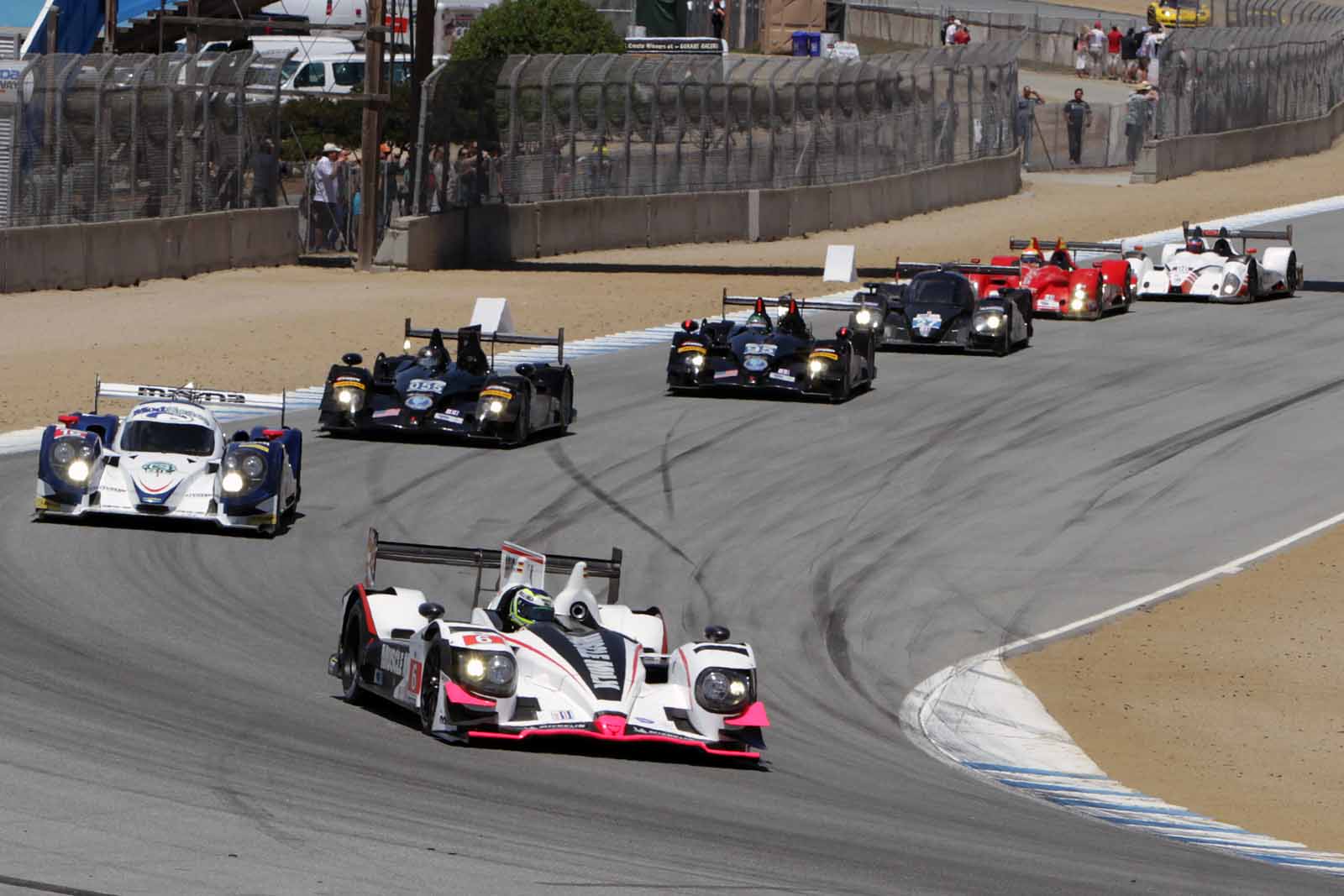 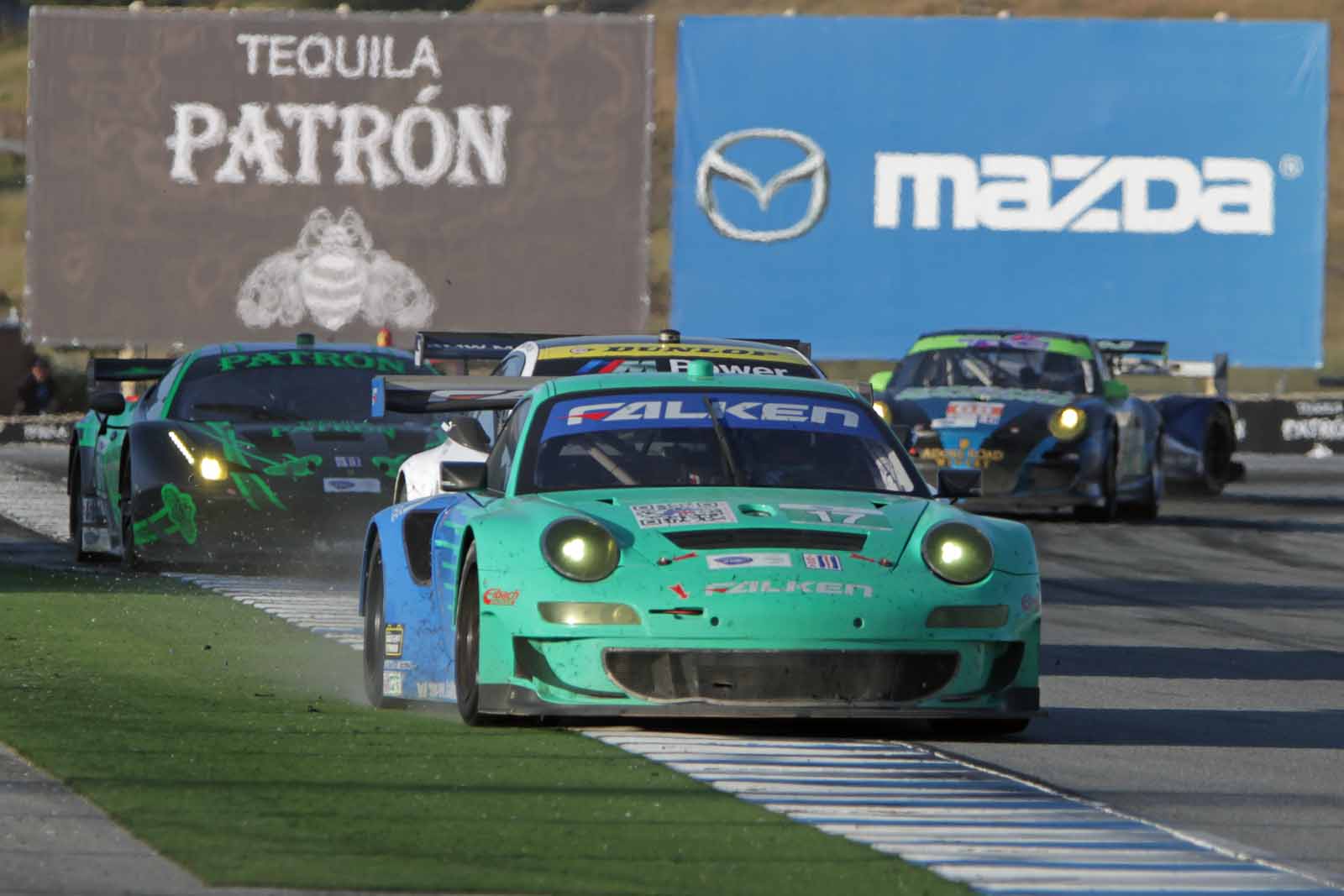 But the real thrill this weekend came from the highly competitive GT Class. For almost the entire 6-hour race, 6 or 7 of the top contenders in this Class ran together, separated at times by what seemed like less than 2 seconds. In the end it was Corvette Racing's Oliver Gavin and Tom Milner who came out on top, after passing the Falken Tire Porche RSR driven by Bryan Sellers and Wolf Henzler with about 2 hours left in the race. 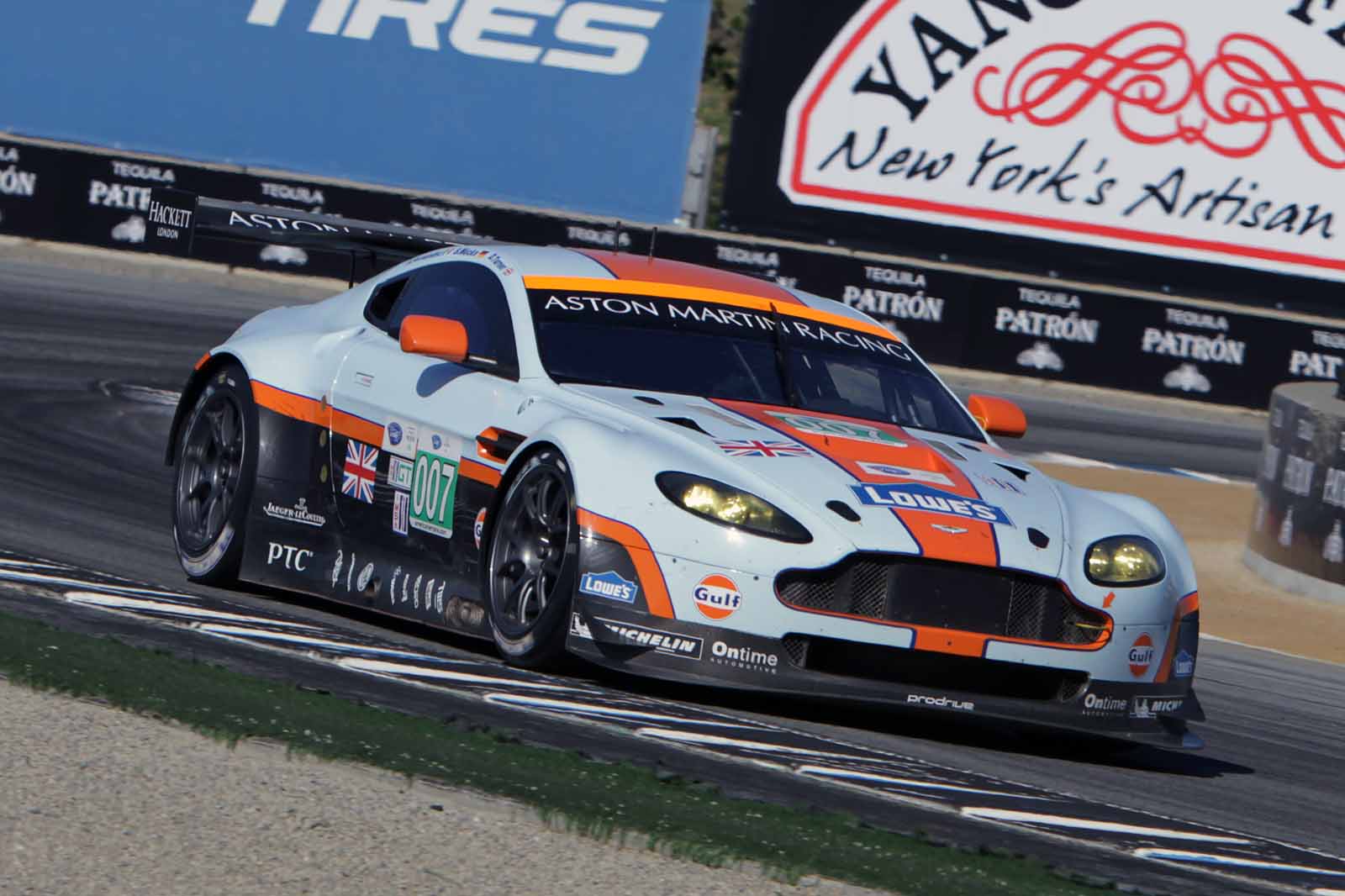 Although Aston Martin Racing's new Vantage GT only finished in 9th Place in the GT Class (17th Overall), they managed to surprise many of us in attendance. Some of you may remember the team's previous car – the beautiful Lola-Aston Martin B09/60 ​which we covered here. Sadly, due to rule changes in Le Mans racing made that car's V12 ineligible for competition. So this year the team joined the GT Class field, and in their first race at Laguna Seca, managed to win the GT Class pole. Without a doubt, soon enough we will see this team competing for wins against top GT teams like the Flying Lizards. 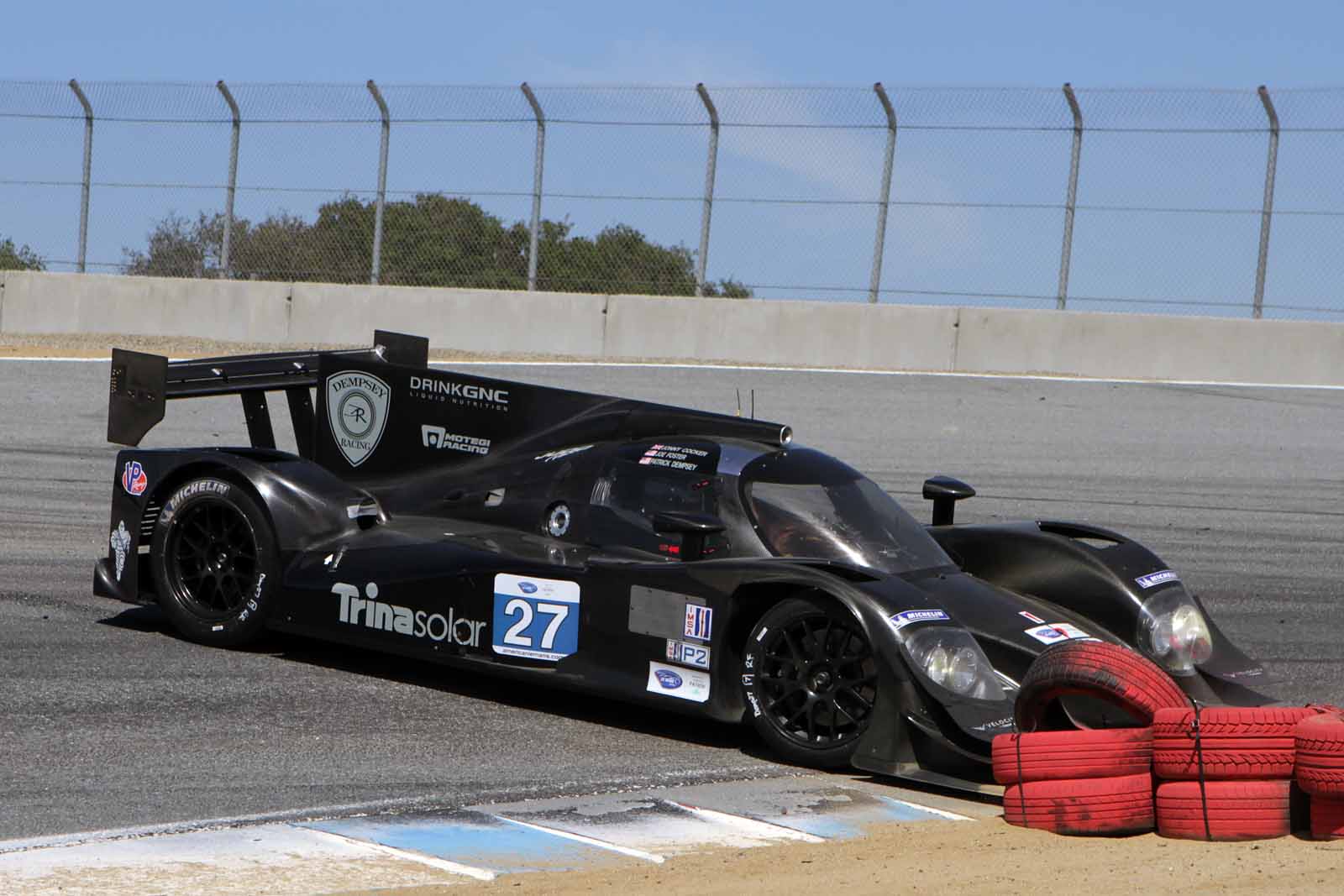 Another highlight of this weekend's event at Laguna Seca was Patrick Dempsey's debut in the series. As you can see above, his first time out in this highly competitive series did not come without a few mishaps. About halfway through the race, Patrick slightly miscalculated his approach into Laguna's famous Corkscrew, and clipped the tires which were added this year to prevent drivers from cutting this corner. Dempsey raced in the 2009 24-Hour of Le Mans in the GT2 Class – which inspired his dream of taking part in that race again driving a prototype. In the end, Patrick and team managed to finish 30th overall. 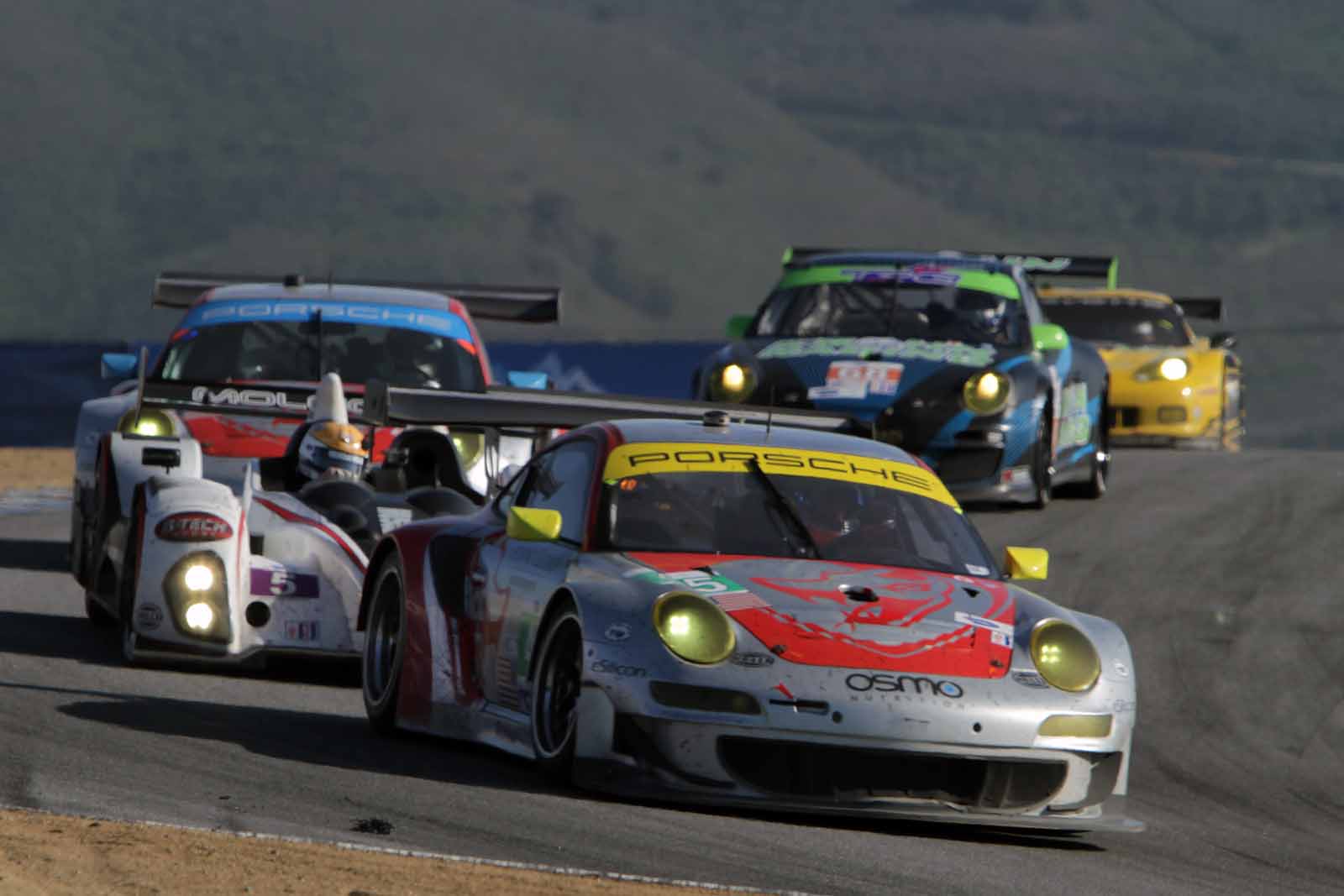 Unlike previous years where Laguna Seca played host to the last event of the ALMS Season, this year it was only the Series' 3rd race. They will next travel to Lime Rock Park in Connecticut, for the Northeast Grand Prix on July 6 and 7. We will be back to Laguna Seca this coming weekend to bring you coverage of Ferrari Days, which promises to bring some amazing Prancing Horses yet again to the Monterey Peninsula. On a personal note, we would like to wish a speedy recovery to Tim Bergmeister, who suffered a horrific crash at Fuji Speedway during a Super GT race. Tim's brother drives the #45 Flying Lizards Porsche in ALMS. Get well soon Tim!