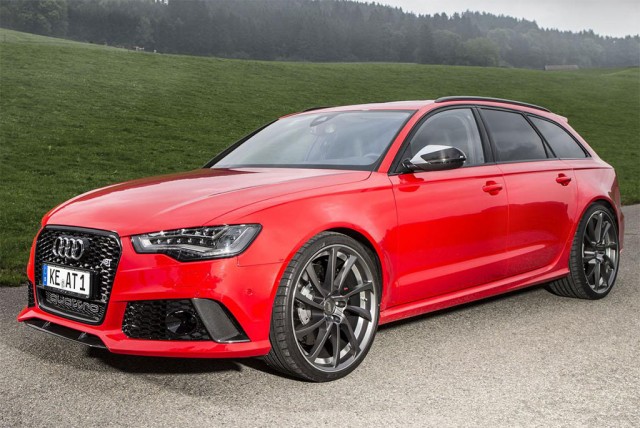 A couple weeks ago, we compiled a list of the 20 most stupid-fast station wagons ever unleashed upon the motoring world. You might have noticed, however, that none of these wagons were modified by aftermarket tuners. And you also might have noticed that we included the V10-powered prior generation Audi RS6 Avant in that list rather than the latest V8 model, because twin-turbo Lamborghini engine FTMFW.

Well, there’s some good news for all of you that felt slighted by those omissions. We’re throwing you a big red bone in the form of a C7-chassis RS6 Avant that’s been to the ABT Sportsline bootcamp. ABT is, as you may or may not know, a company that has been catering to people who want to make their Audi and VW products extra-spiffy for decades. And boy, has ABT been feeding this family-friendly firebrand a steady diet of spiffiness. 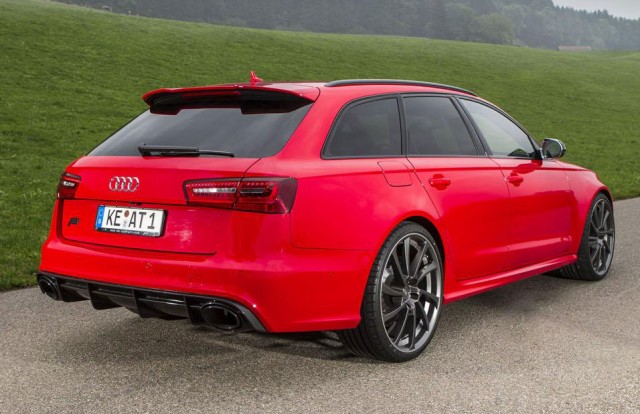 As is often the case with vehicles that have received an ABT-itude adjustment (Oh, come on, it wasn’t that bad…), this RS6 Avant doesn’t have too many visual deviations from stock. There’s a new carbon fiber front splitter and grille surround, carbon fiber exterior mirror caps, and rear diffuser made of – you guessed it – carbon fiber. Wheels are a set of ABT Sportsline’s own 24” alloys, and there are discrete ABT badges on the grille and tailgate. 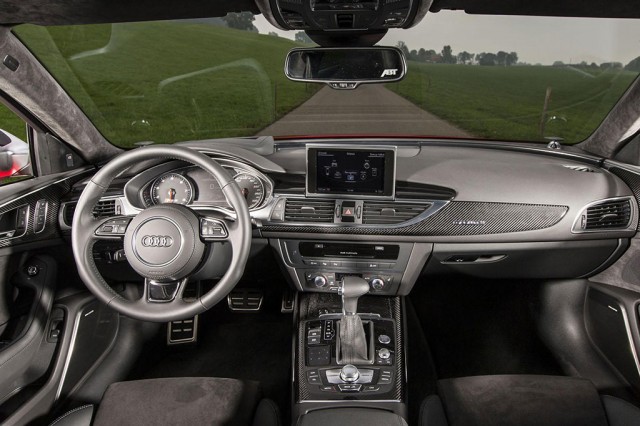 Revisions to the interior are even more subtle, with some extra carbon fiber trim pieces sprinkled around the cabin. It might sound like the folks at ABT were being cheapskates, but really, Quattro GmbH already did most of the work for them, adding loads of leather, Alcantara and polished metal at the factory. 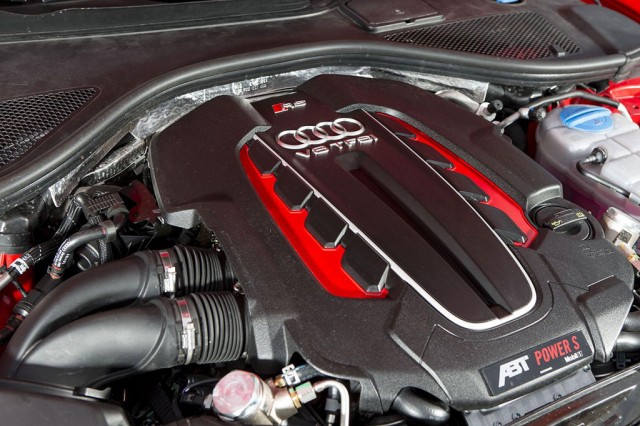 However, Abt didn’t scrimp when it came to powertrain enhancements. Thanks to a remapped ECU and a sport exhaust system, the 4.0L twin-turbo V8 now makes 690 horsepower and 649 lb.-ft of torque, or 137 horsepower and 133 lb.-ft more than stock. That extra thrust catapults this AWD wagon to 62 mph in 3.4 seconds and on to an electronically-limited top speed of 200 mph. Now that is getting on with the program!

Speaking of programs, ABT isn’t saying how much this tuning program costs. But we can’t get terribly agitated about that; no, we’re far more agitated that Audi doesn’t even send the RS6 Avant to our shores. Such is the life of an American hot wagon fan… 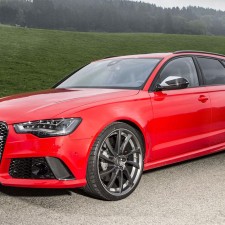 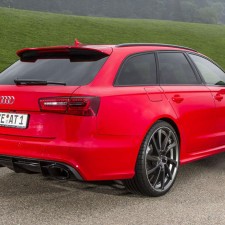 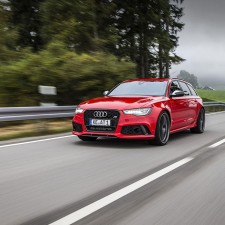 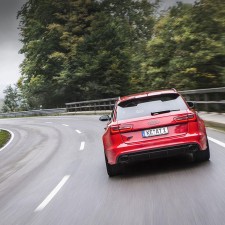 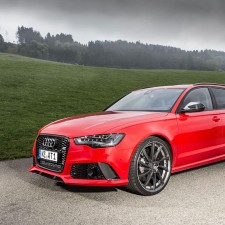 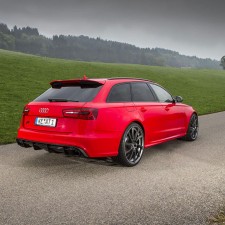 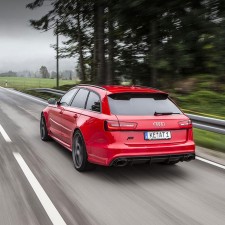 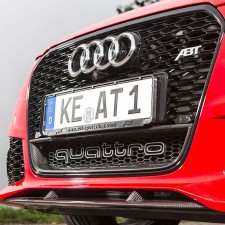 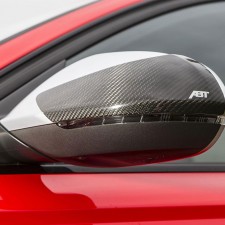 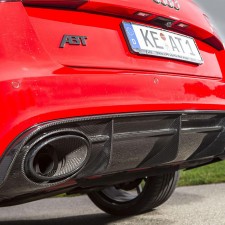 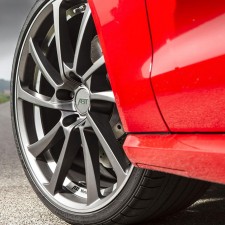 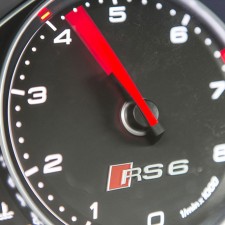 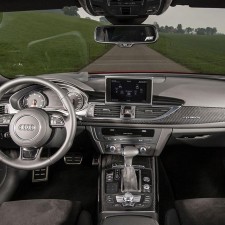 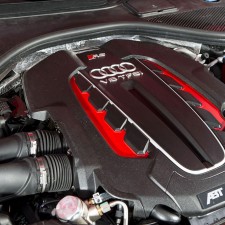