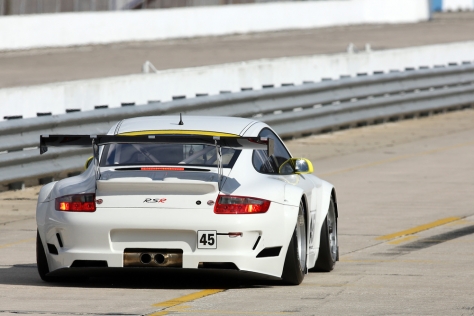 Porsche won the 12 Hours of Sebring race last year but nonetheless is taking no chances in 2009. A total of 5 Porsche 911 GT3 RSR will be put to the test this Saturday in the most demanding and challenging race of the American Le Mans Series. The company has a total of 18 overall wins and 63 class victories making it the most successful manufacturer in the history of the running of the 12 Hours of Sebring.

The Porsche 911 GT3 RSR has an engine that puts out 450 hp. New regulations limit the size of the air inlet restrictor and call for an additional 5 millimeters of ride height. Porsche completed testing at the Sebring track in January and is taking that feedback to ready their race cars with all new suspension setups. 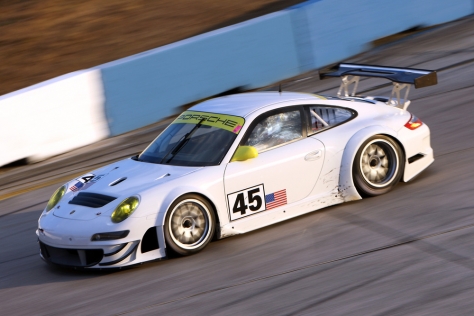 The American Le Mans Series is made up of 4 different classes of race cars. The Porsche 911 GT3 RSR competes in the GT2 class which consists of slightly modified standard sports cars with approximately 450 hp and a minimum weight of 2524 pounds.