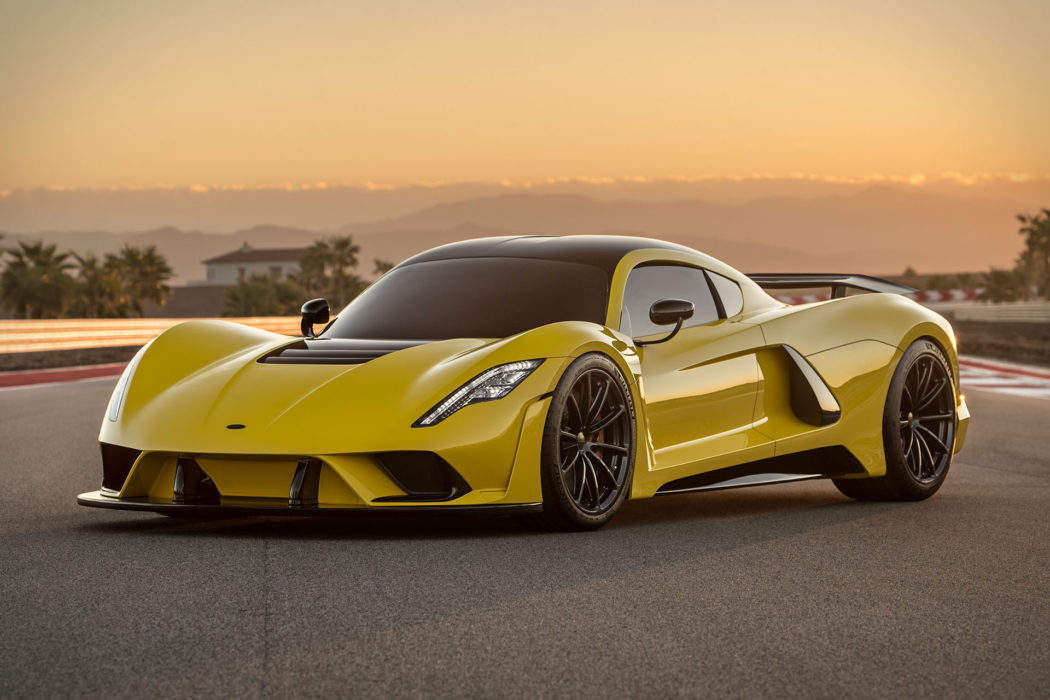 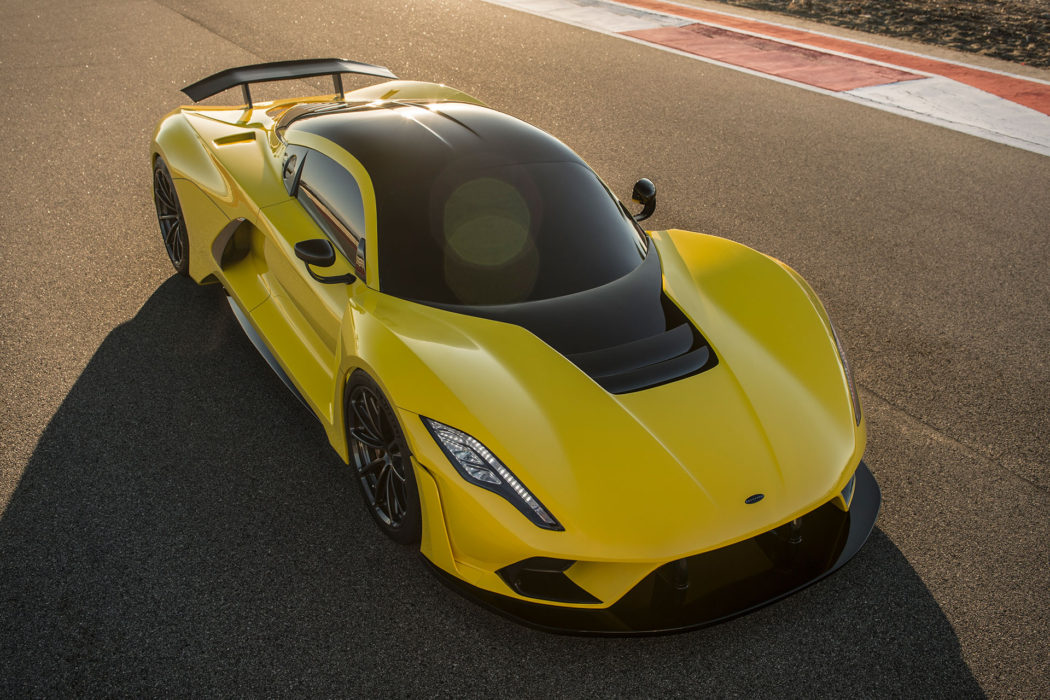 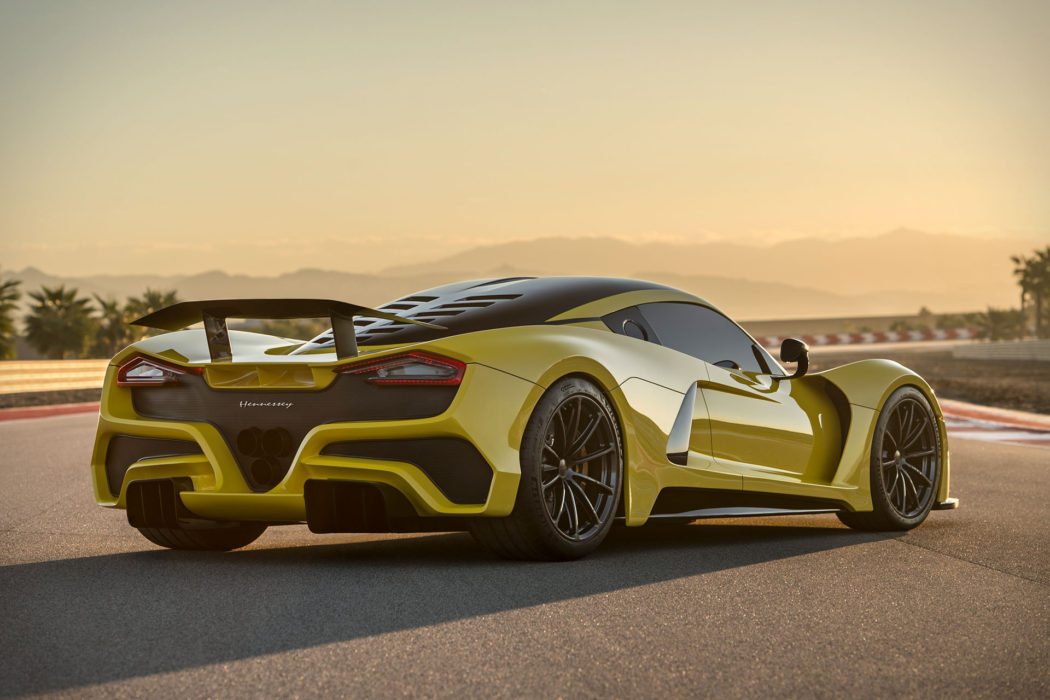 It has been more than three years since we first brought you news of the next self-built hypercar from the Texas skunkworks of John Hennessey and team, the Venom F5. Initially, HPE planned to begin deliveries last year, but they now concede the first customers won’t be getting their cars until 2019. Now before you start with your cries of vaporware, scam, shenanigans and so forth, the delay was for a pretty compelling reason: Unlike the Venom GT, which used a heavily modified Lotus Elise/Exige platform, the Venom F5 will utilize a purpose-built chassis that, combined with an all carbon fiber body, will purportedly keep the total curb weight at 2,950 lbs.

Of course, there’s more to world-beating performance than light weight; you also need a metric butt-ton of power, which the Venom F5 should certainly have. While the initial goal was 1,400 horsepower, the arrival of the Bugatti Chiron and its 1,479 ponies in the meantime moved the goalposts, and Hennessey has responded by announcing its speed demon will ship with a 7.4L twin-turbo V8 producing 1,600 horsepower and 1,300 lb.-ft of torque which, combined with less girth than the Bug, should help the Venom F5 keep pace with even the extra-strength Chiron that’s likely itself a year or two away. Hennessey also says that prodigious power will propel the car to 186 mph in less than 10 seconds, and 249 mph and back to zero in less than 30 seconds. But the real news is, given a long enough straightaway, strong enough tires and a driver with nerves of diamond, they say the F5 will max out at 301 mph. That would be something to see, but with only 24 copies set to be made (priced at $1.6 million a pop), it’s something the overwhelming majority of us are unlikely to witness in person.