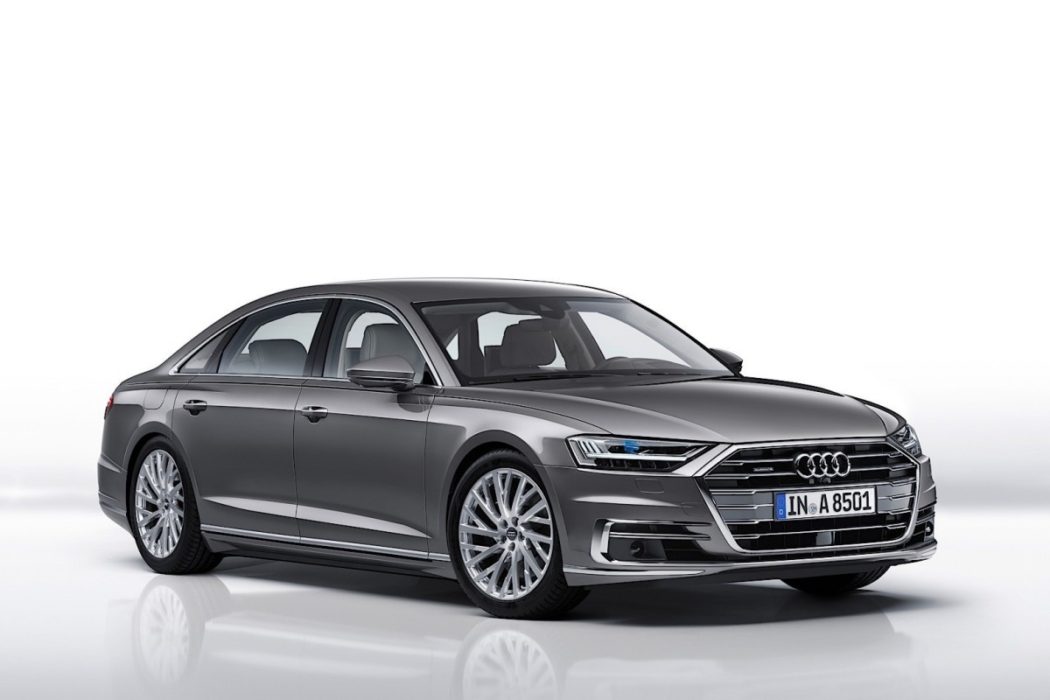 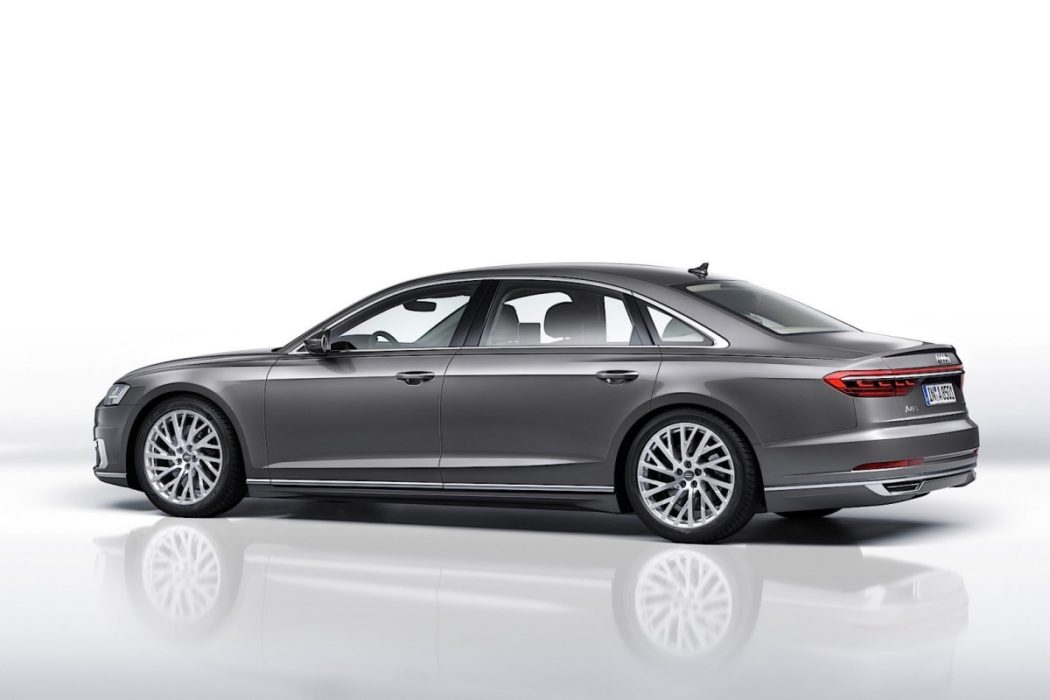 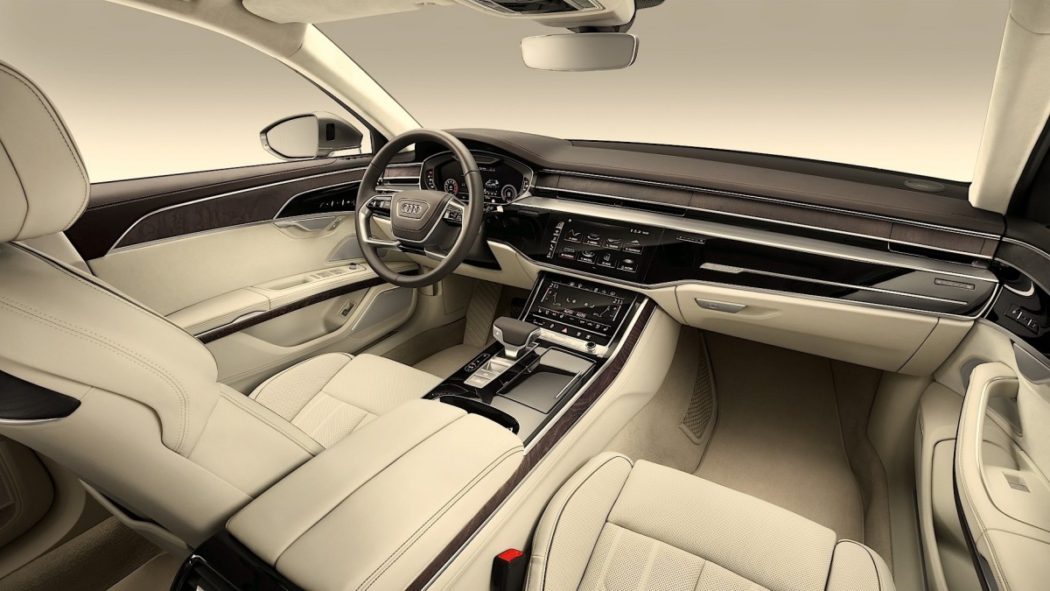 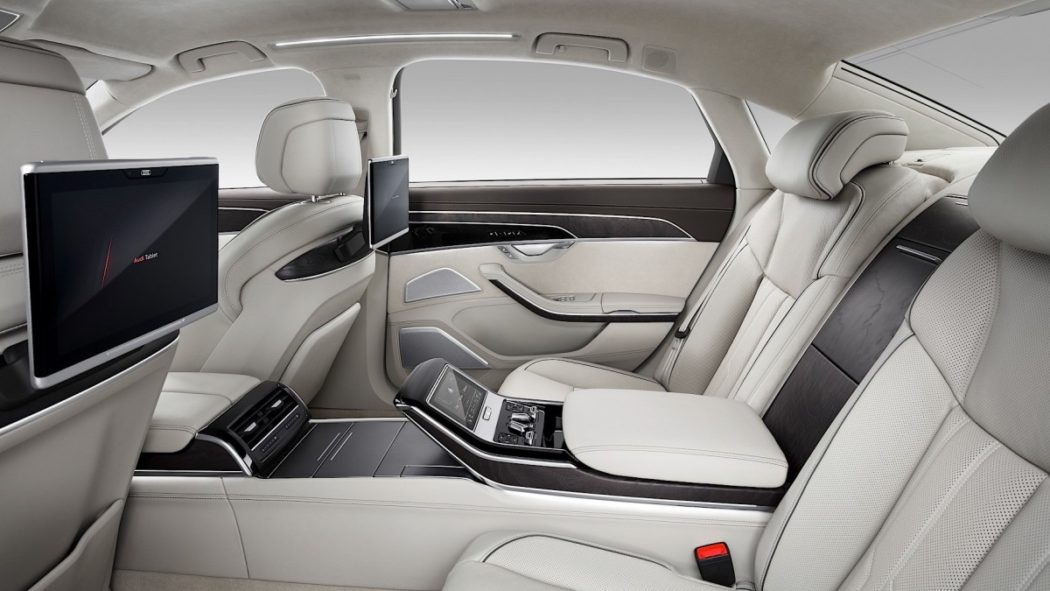 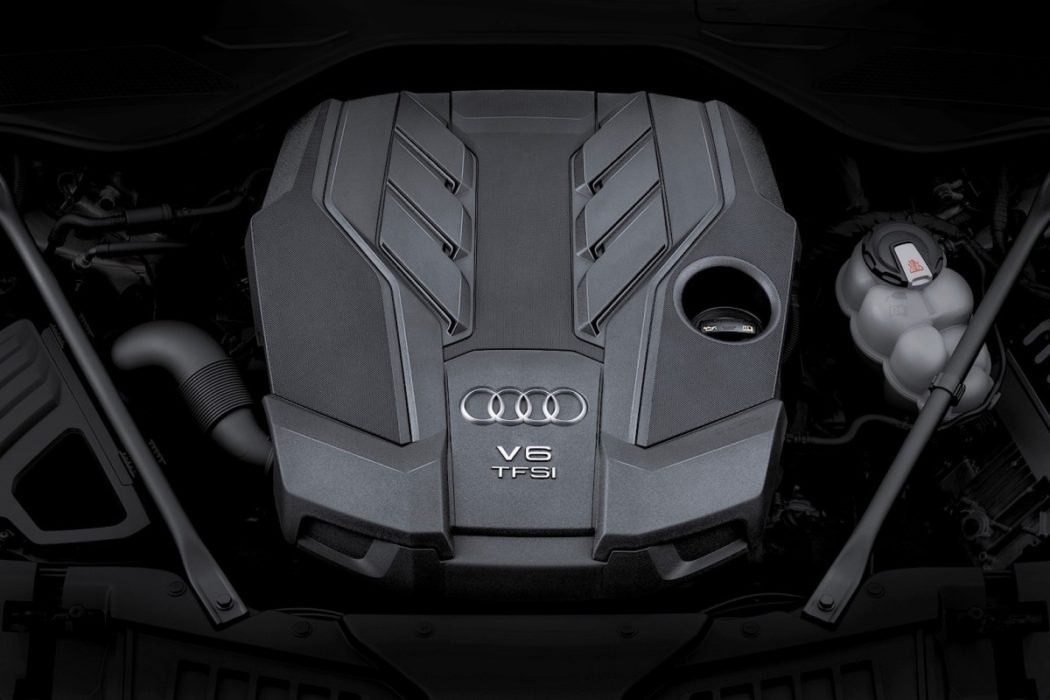 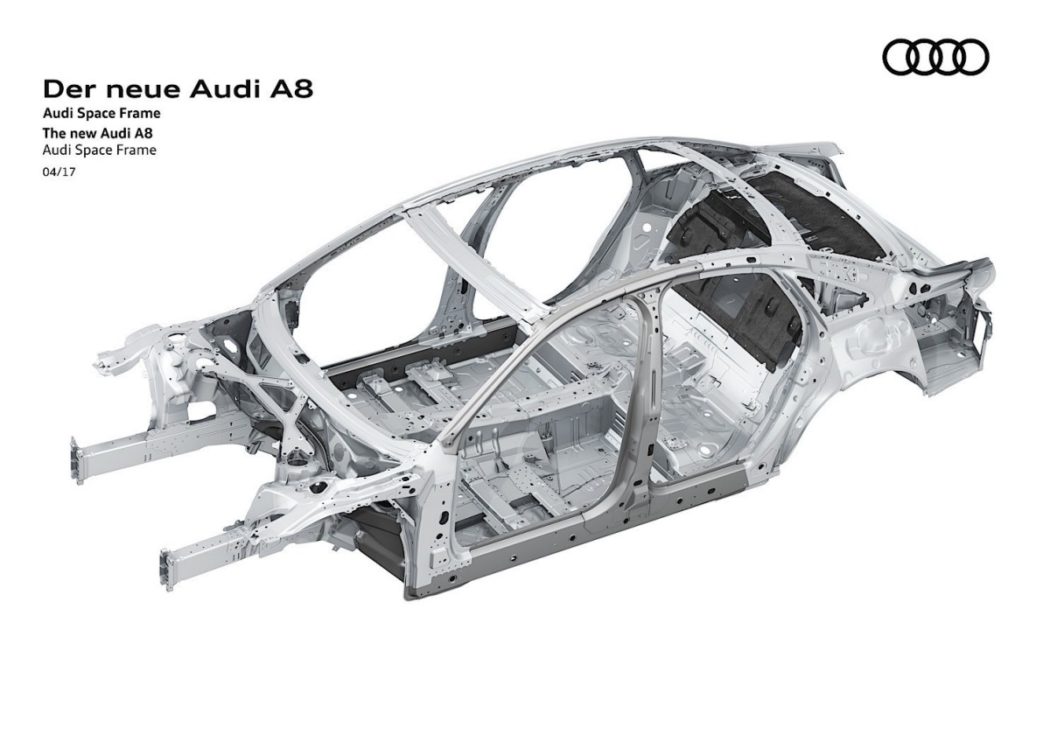 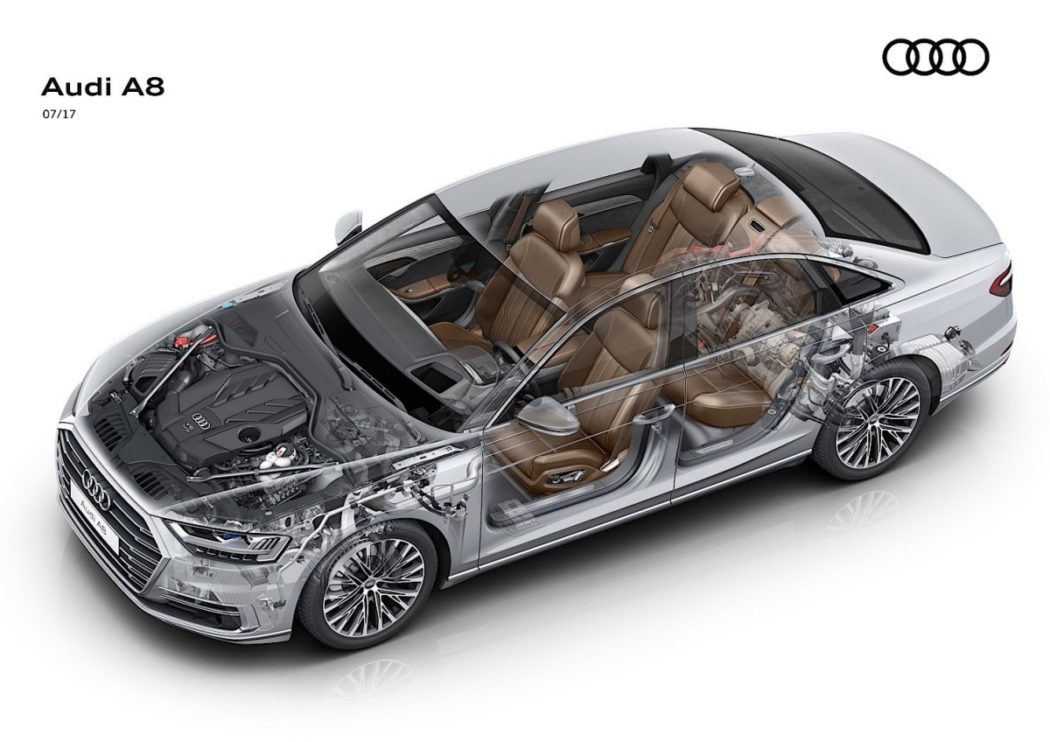 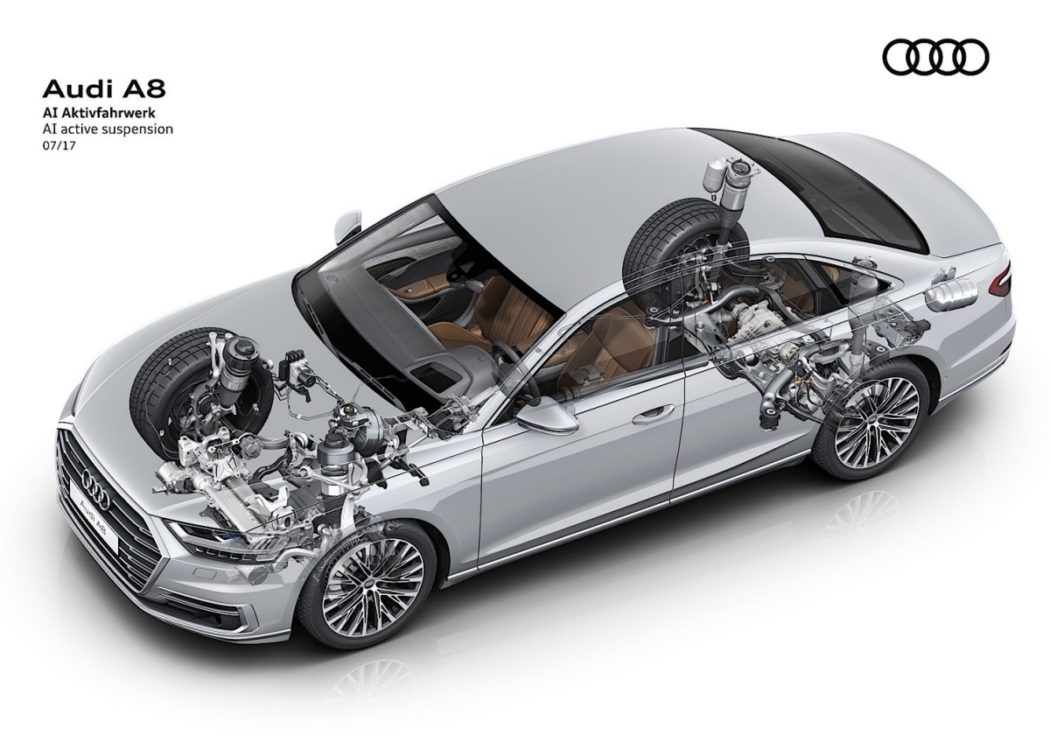 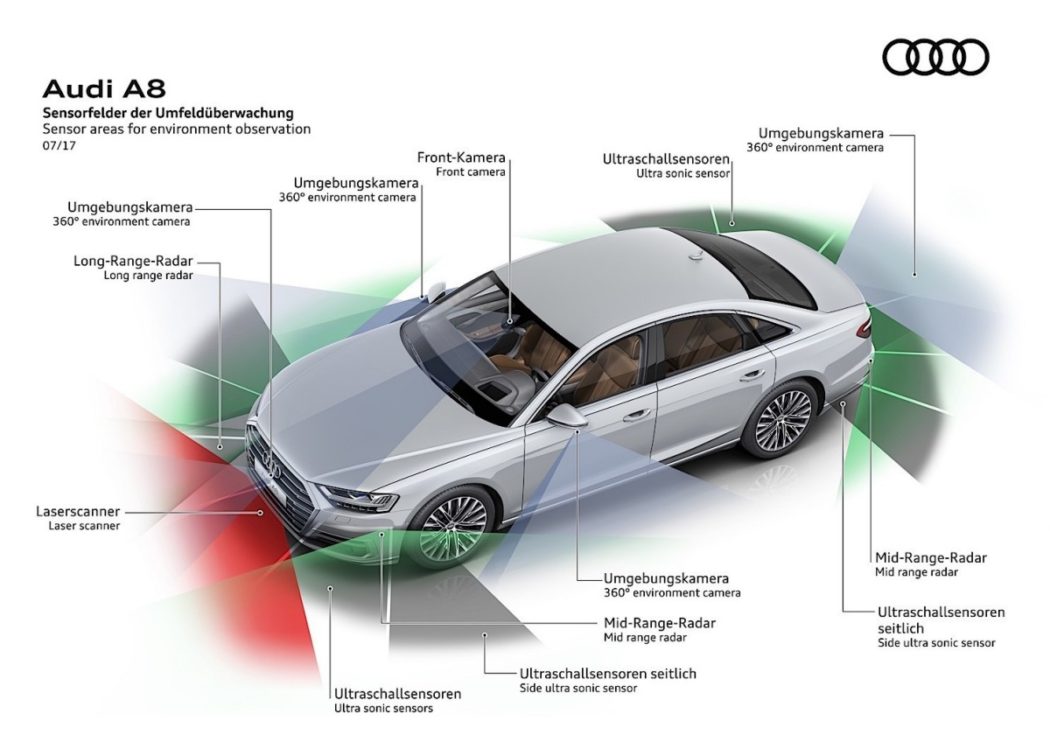 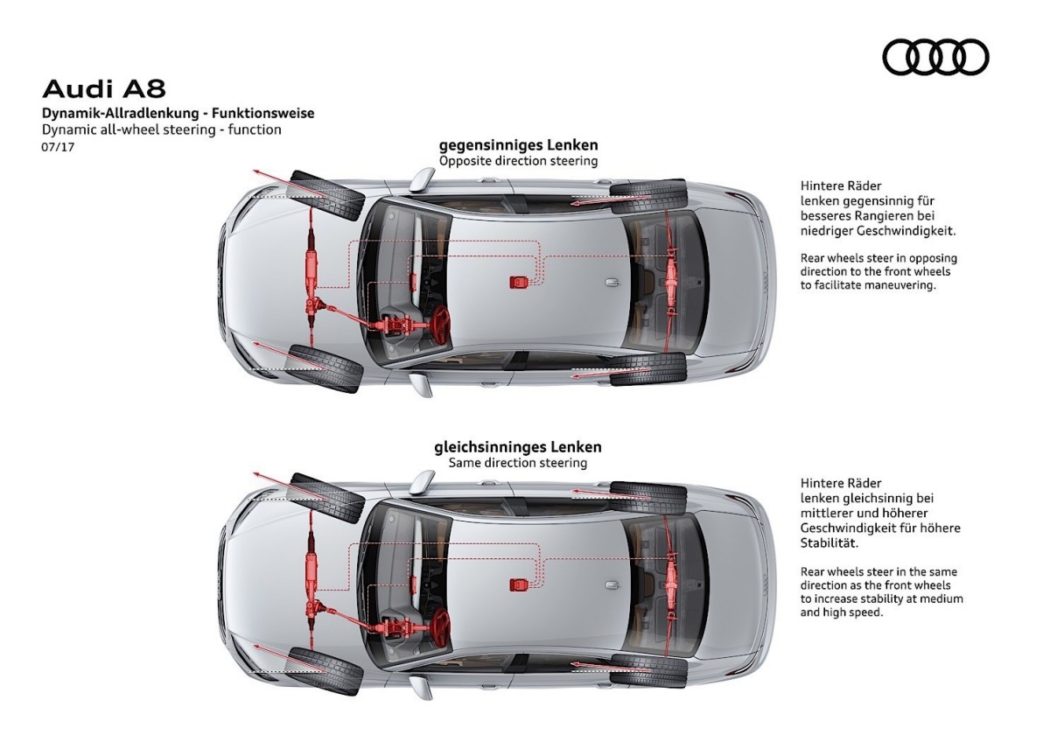 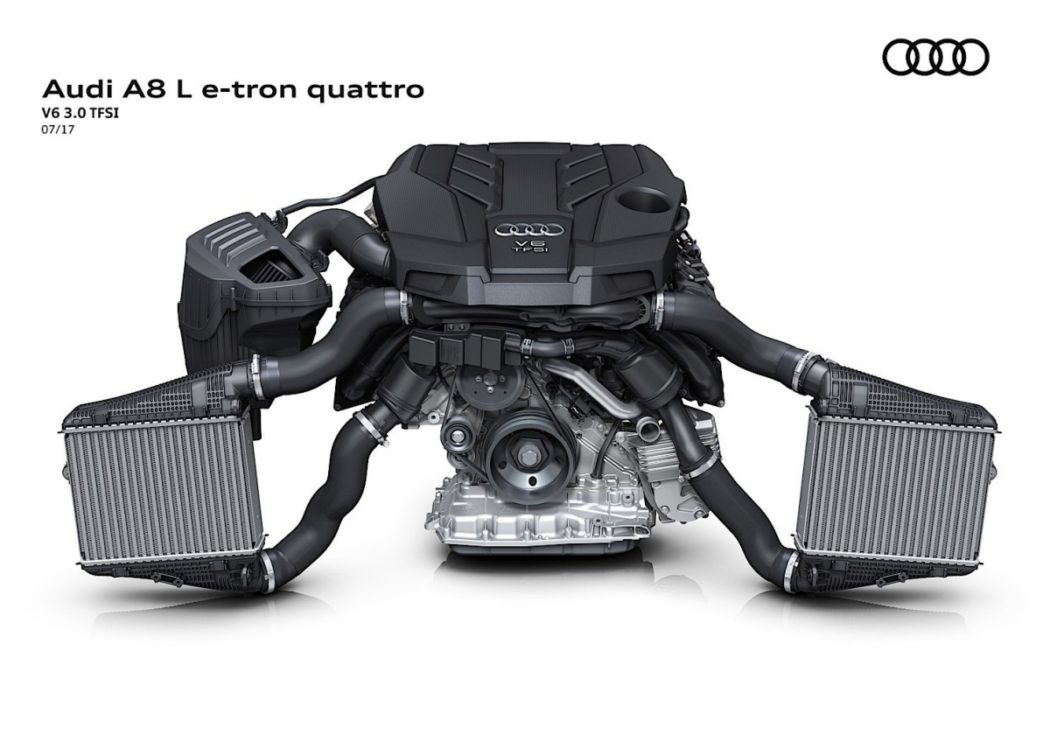 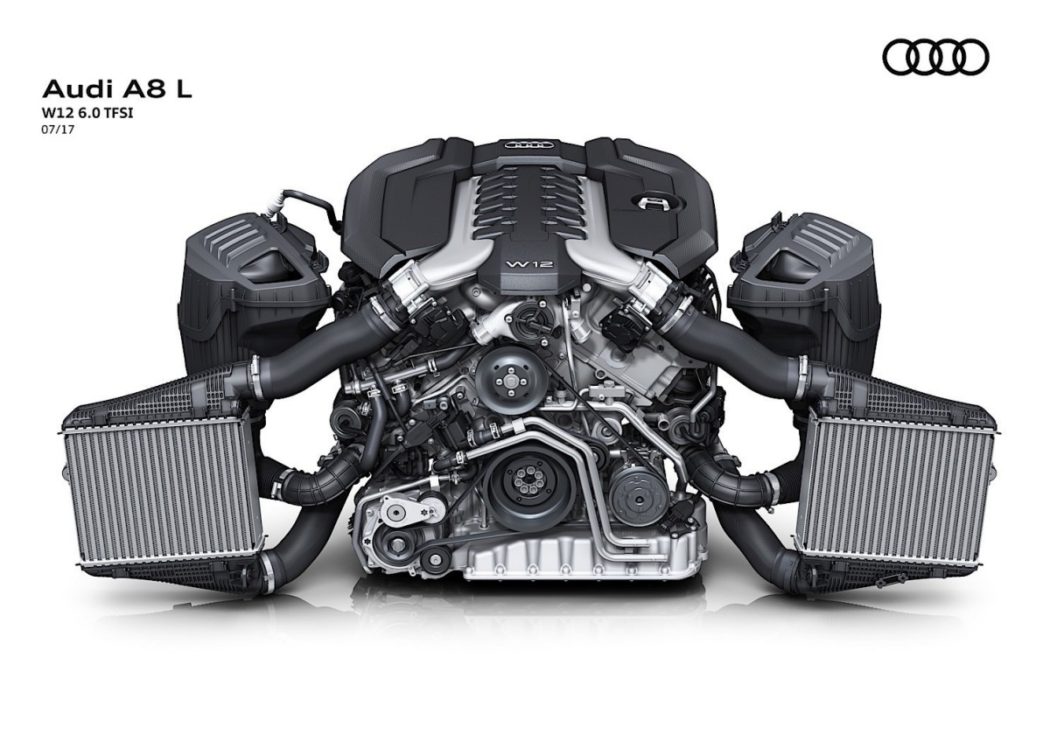 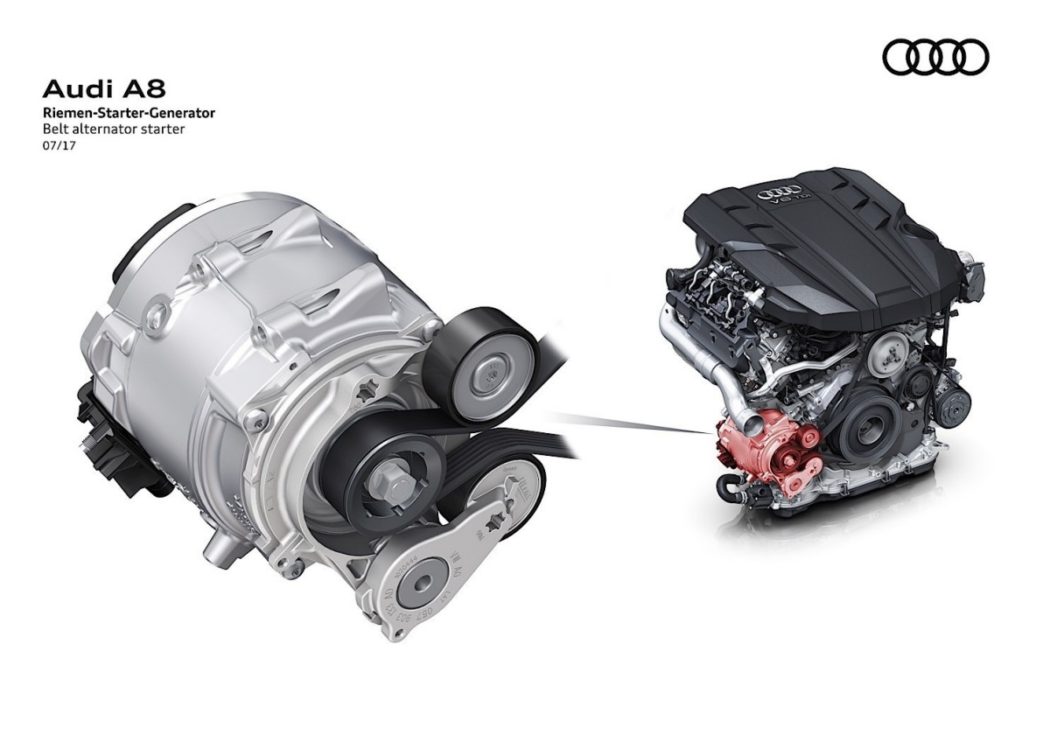 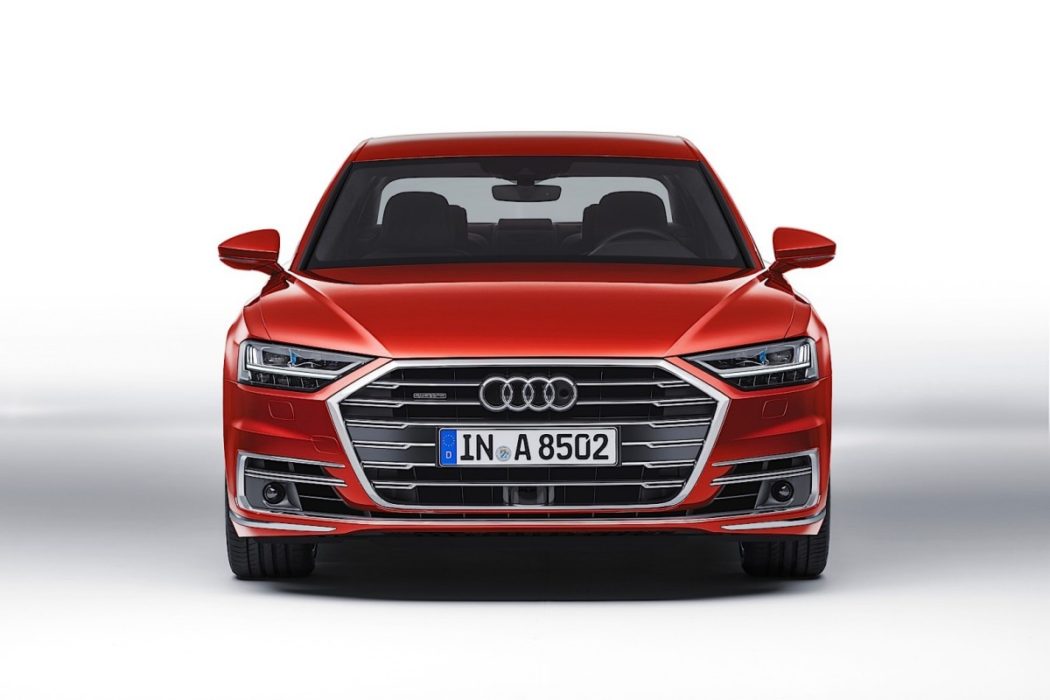 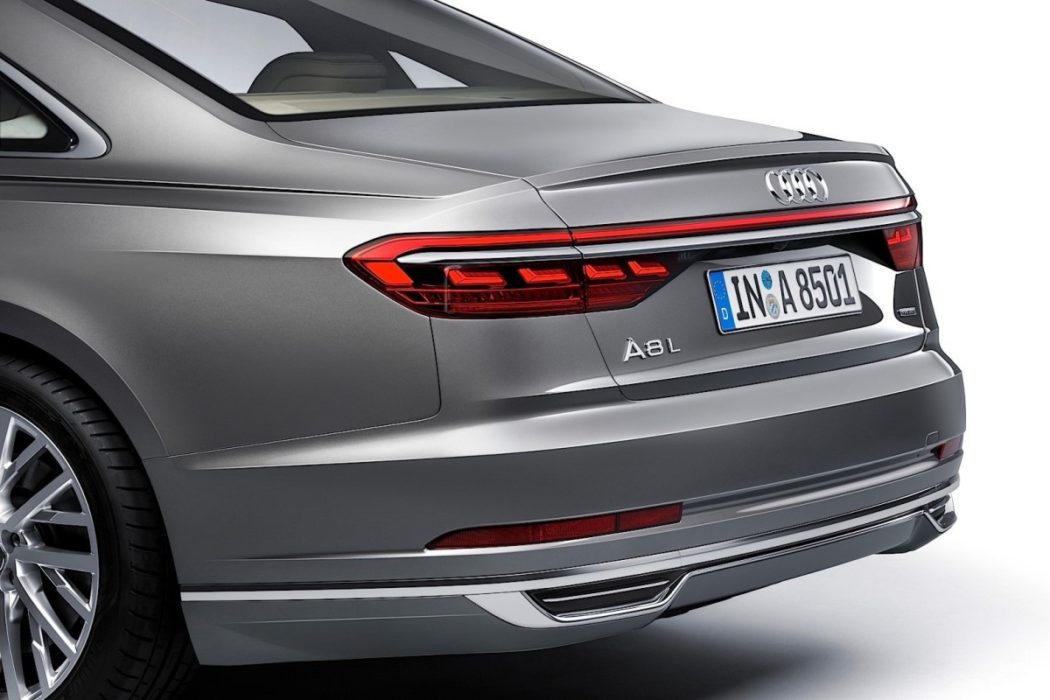 The Audi A8 hasn’t been around as long as fellow full-size Euro luxury heavyweights (pardon the pun) BMW 7 Series and Mercedes-Benz S-Class and, consequently or coincidentally, it has by-and-large played second fiddle to those two in the marketplace. But Audi has just revealed the all new fifth-generation rendition of its aluminum-shelled flagship four-door, and it has a few cool tricks that might just send the lab rats in Munich and Stuttgart back to their respective think tanks.

As ever, the new A8’s platform (which is a variation of the corporate MLB architecture) is fabricated almost entirely from aluminum (along with steel, magnesium and some CFRP), and will be offered in both standard (which won’t be coming here to the U.S., along with the V6 and V8 TDI diesels for what should by now be painfully obvious reasons) and long wheelbase incarnations. A 3.0L twin-turbo V6 rated at 340 horsepower will be standard, while a 460 horsepower 4.0L twin-turbo V8 will be optional, followed eventually by a W12, a speedy S8, and an e-tron plug-in hybrid. Naturally, quattro AWD and automatic transmissions with many, many speeds will be standard.

Those aren’t the only noteworthy chassis tidbits, though: Thanks to the A8’s 48-volt electrical system (most cars still run 12-volt setups), it comes with a “mild hybrid” system standard on all models that recovers kinetic energy when slowing and stopping, adding a bit of boost (about 16 horsepower worth according to Audi) under acceleration, and switching the engine back on when it’s time to pull away from a stop. The 48V electrics also provide power for things like the four-wheel steering, an active suspension system that controls each wheel independently, huge 10.1” in-dash touchscreen and, the undoubted star of the new A8’s tech show, a Level 3 autonomous driving system. Unlike the Level 1 and Level 2 systems currently offered (Yes, even Tesla’s Autopilot is currently considered to be only Level 2.), the A8’s Level 3 system can do things like park and negotiate traffic jams (albeit at speeds up to and below 37 mph and only on highways and roads with physical dividers) without human intervention like touching the steering wheel every few seconds, though the driver will still need to be ready to take over if needed. The future really is now, or at least it will be later this year for Europe and sometime in 2018 for North America.