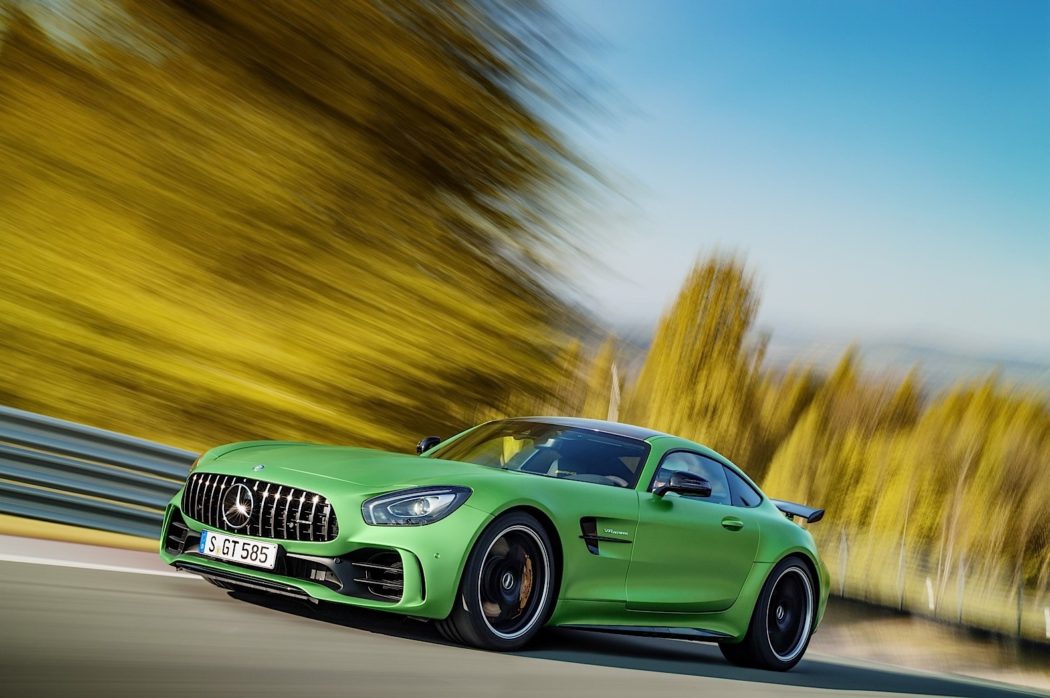 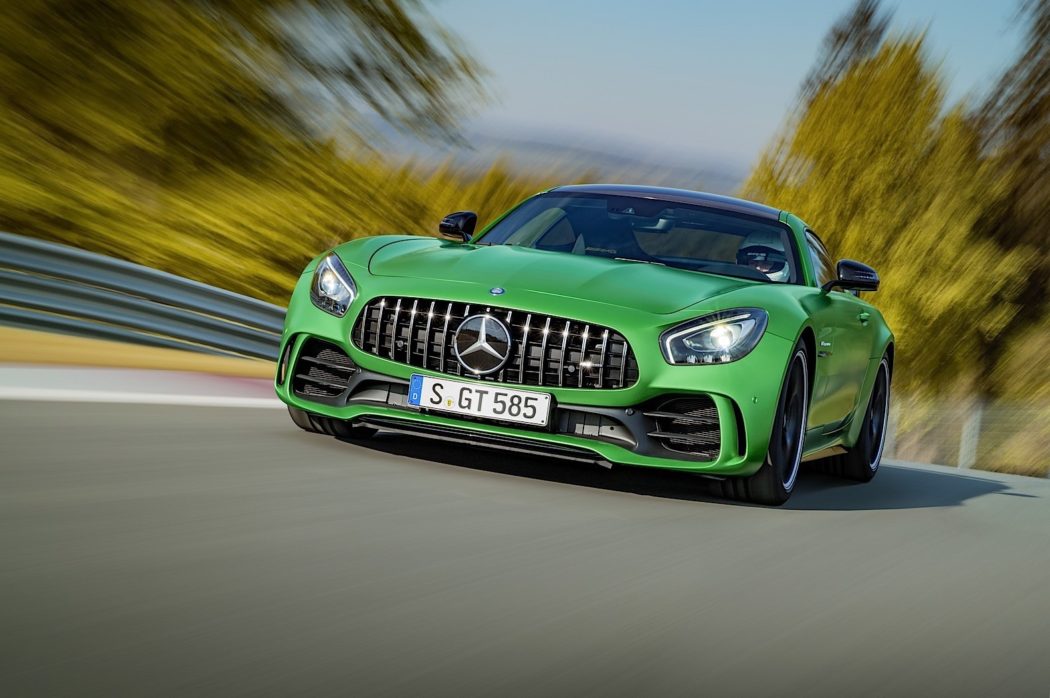 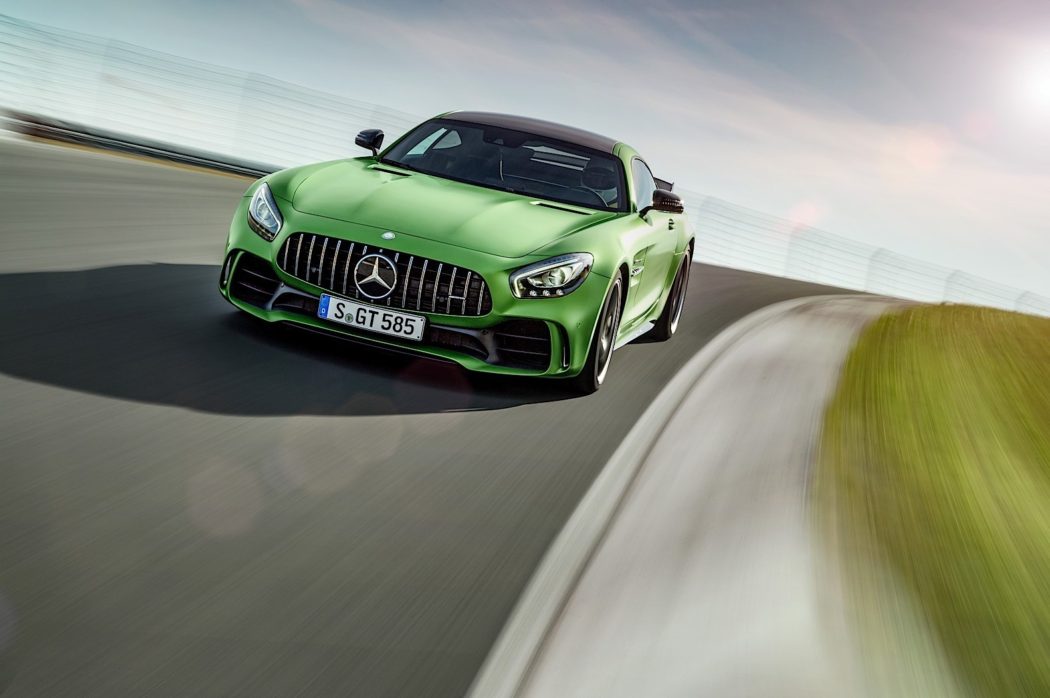 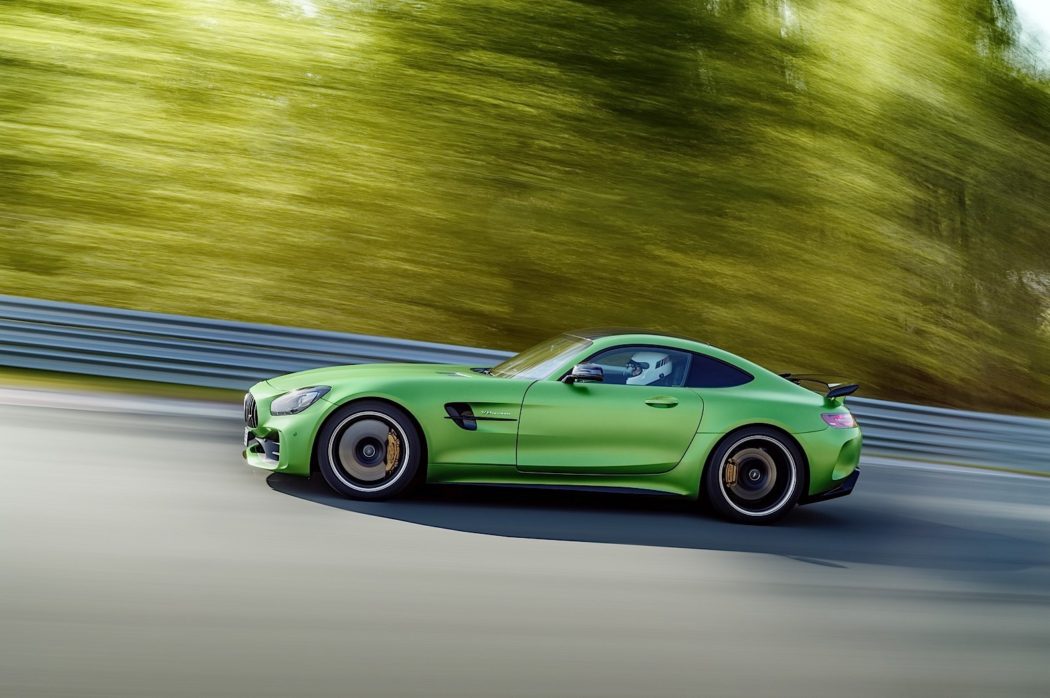 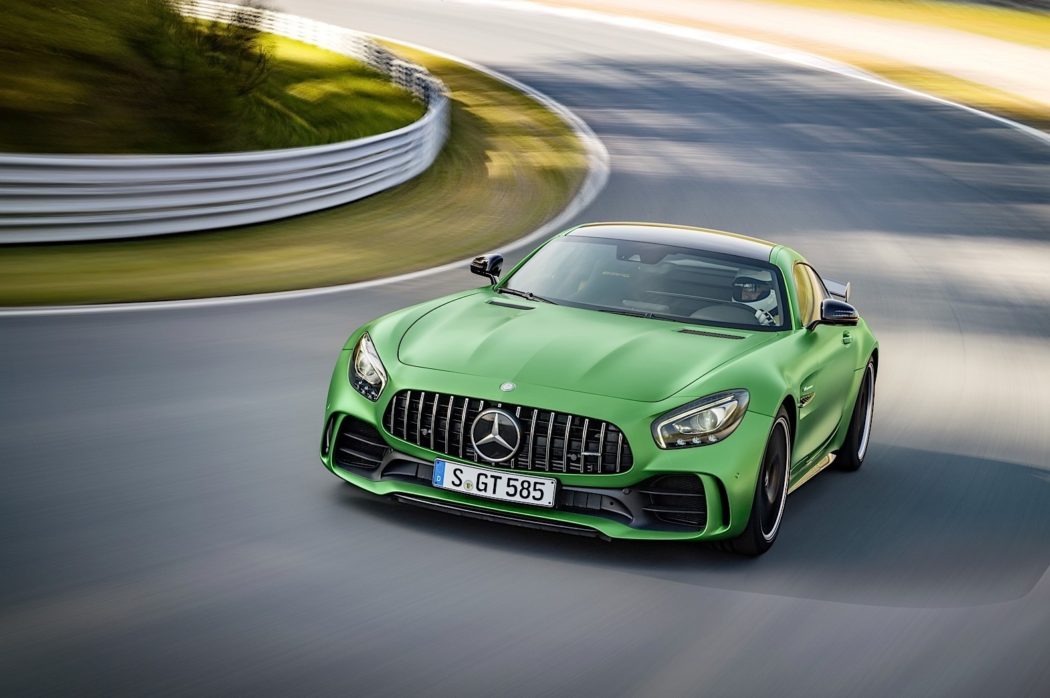 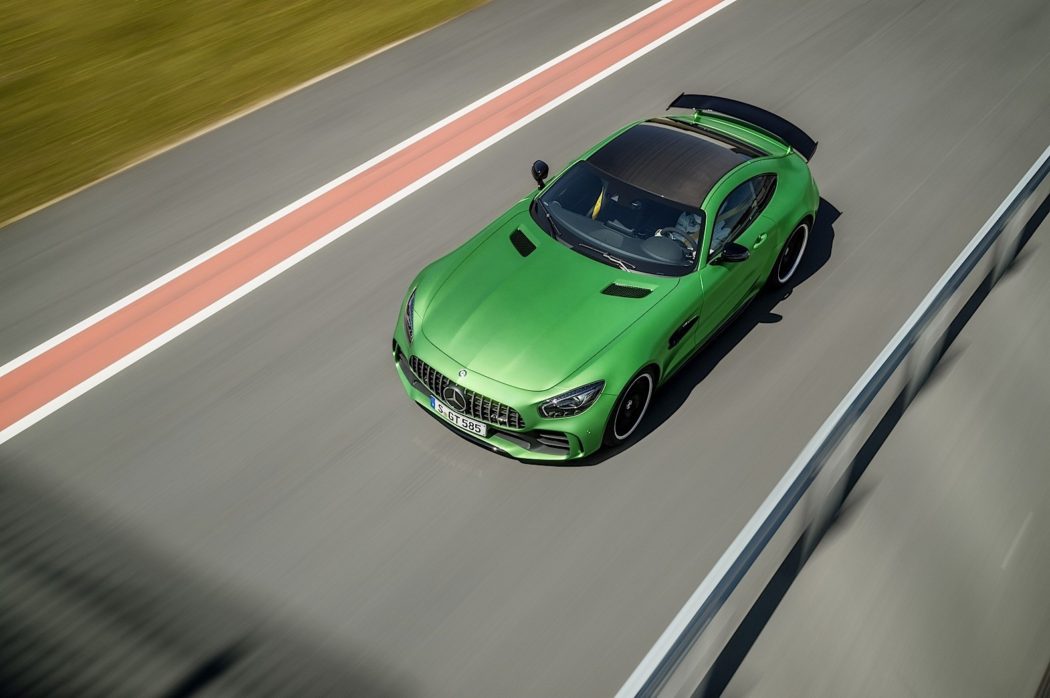 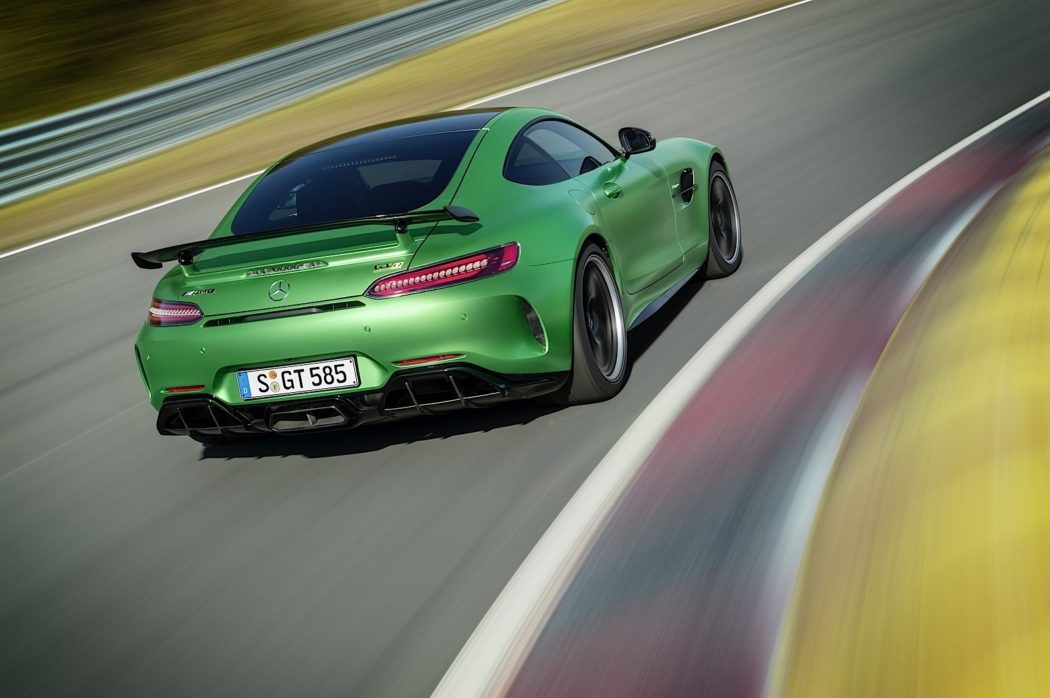 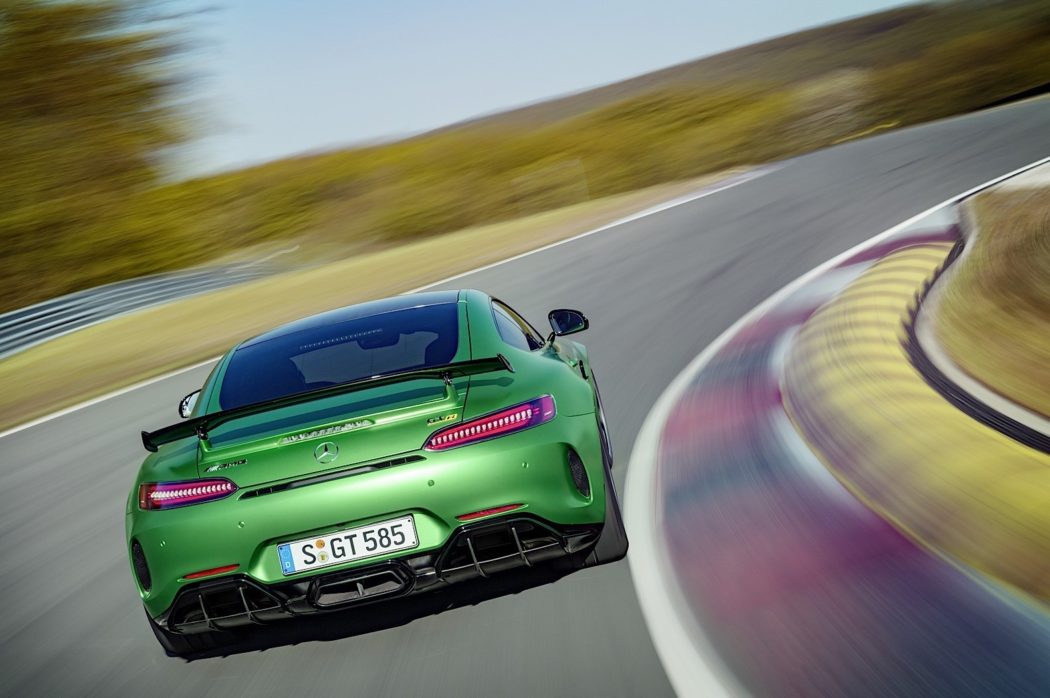 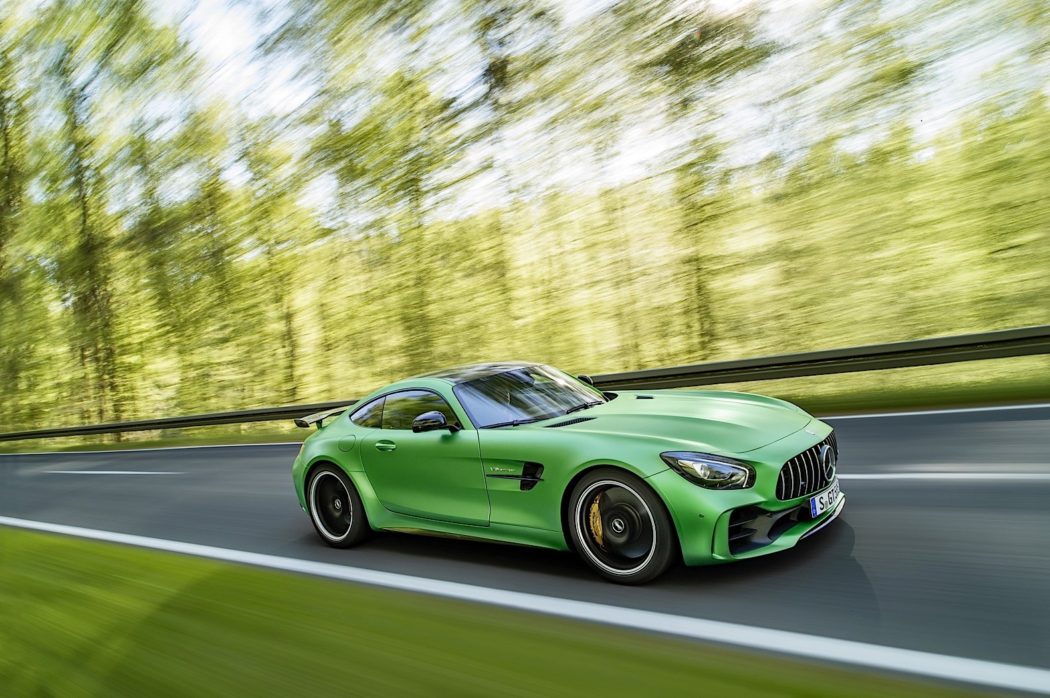 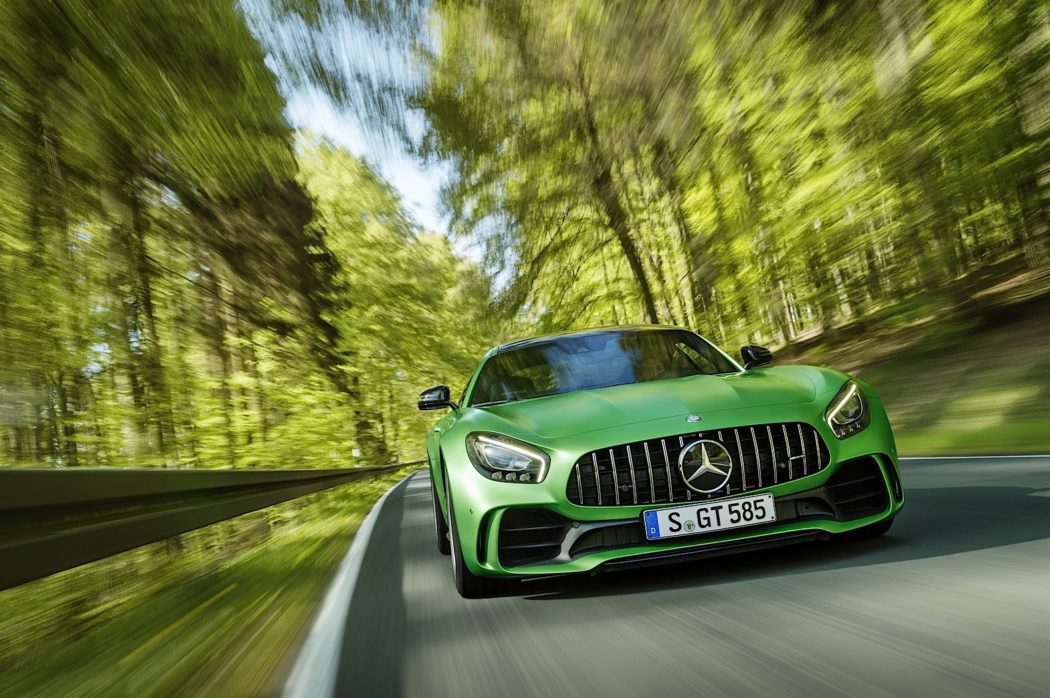 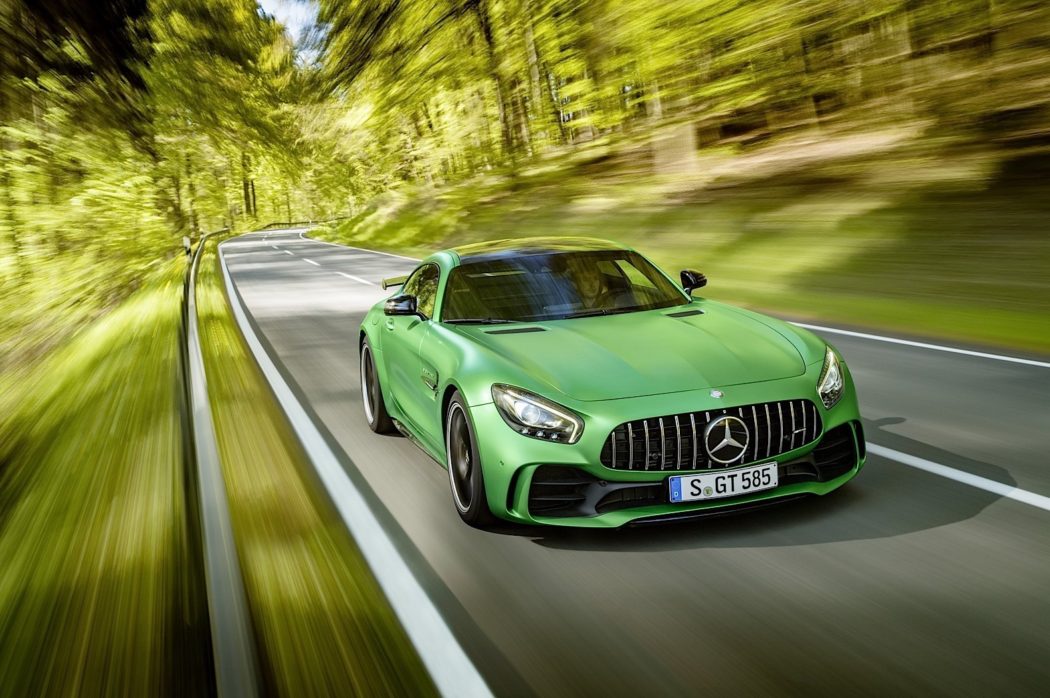 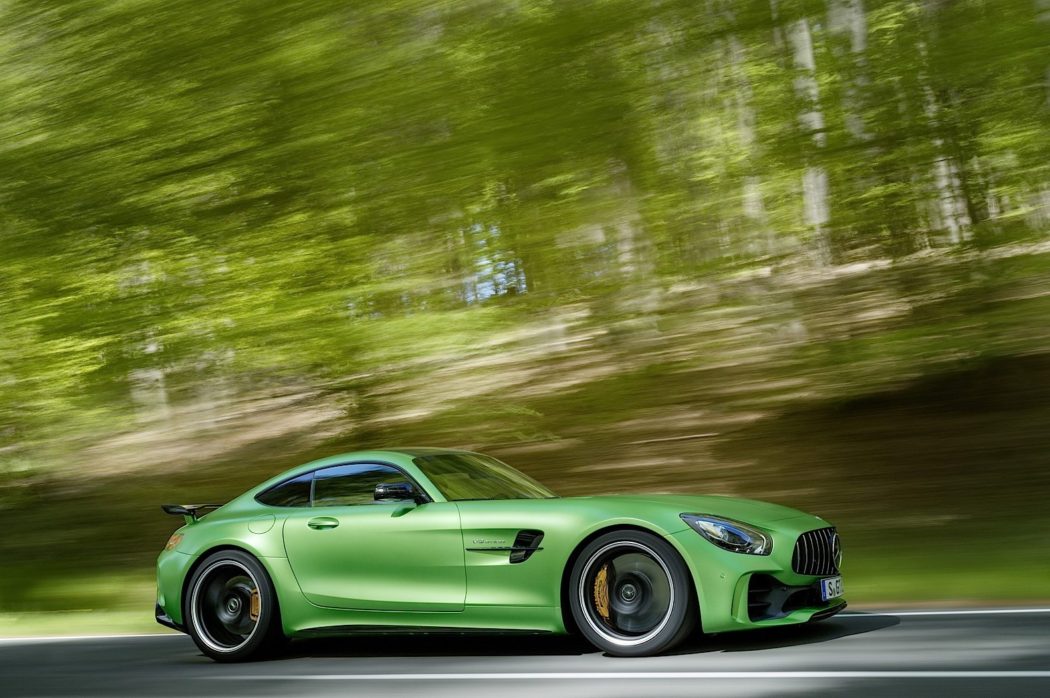 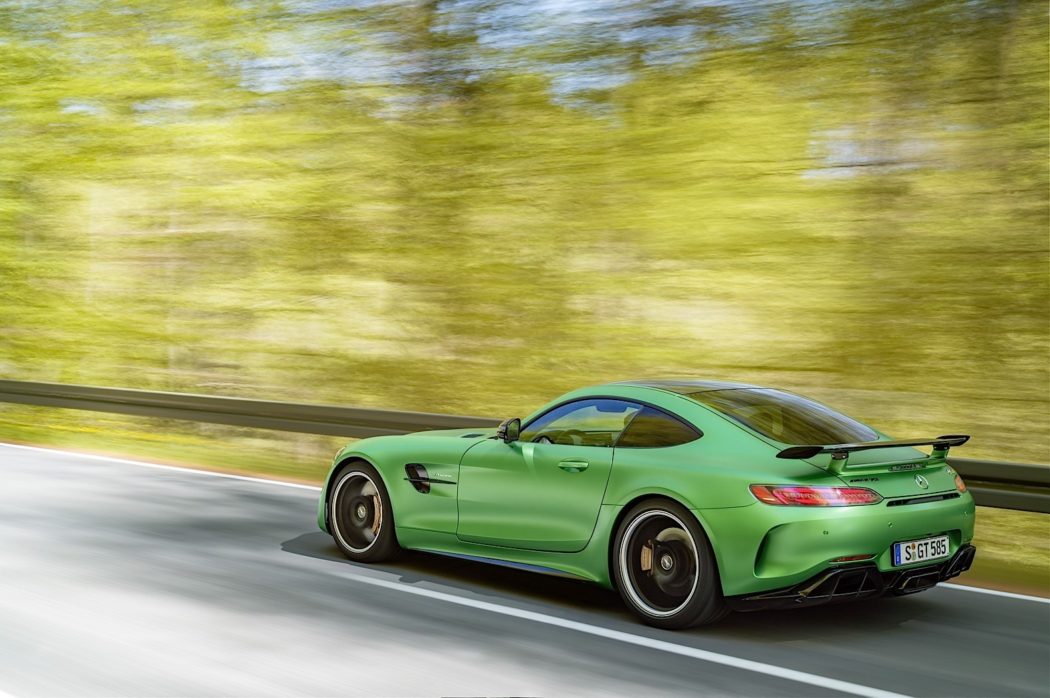 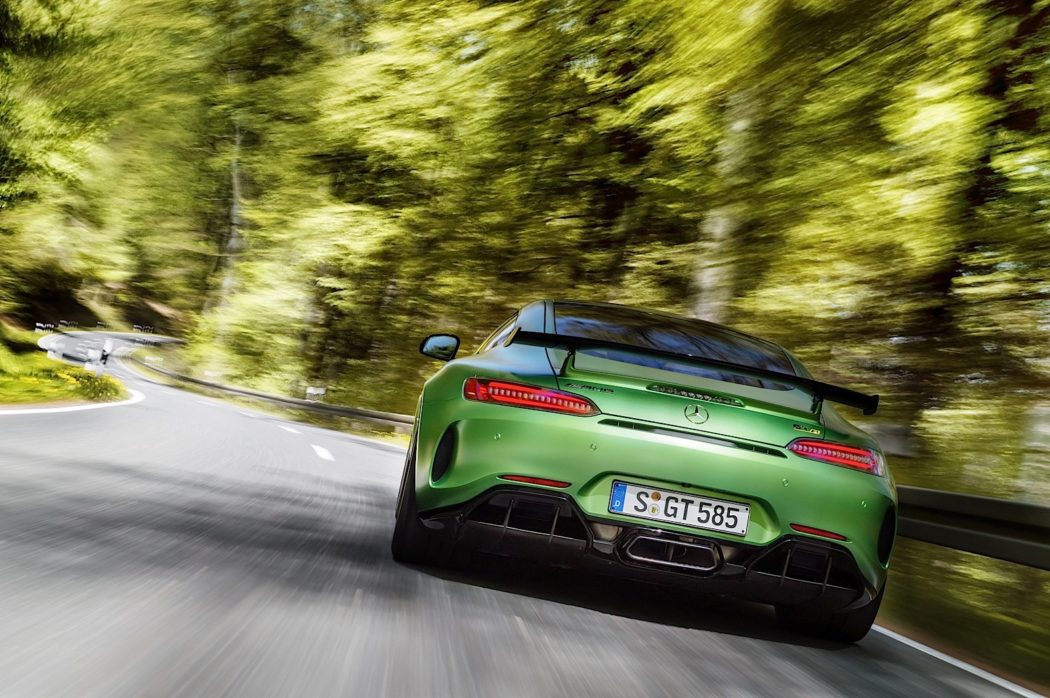 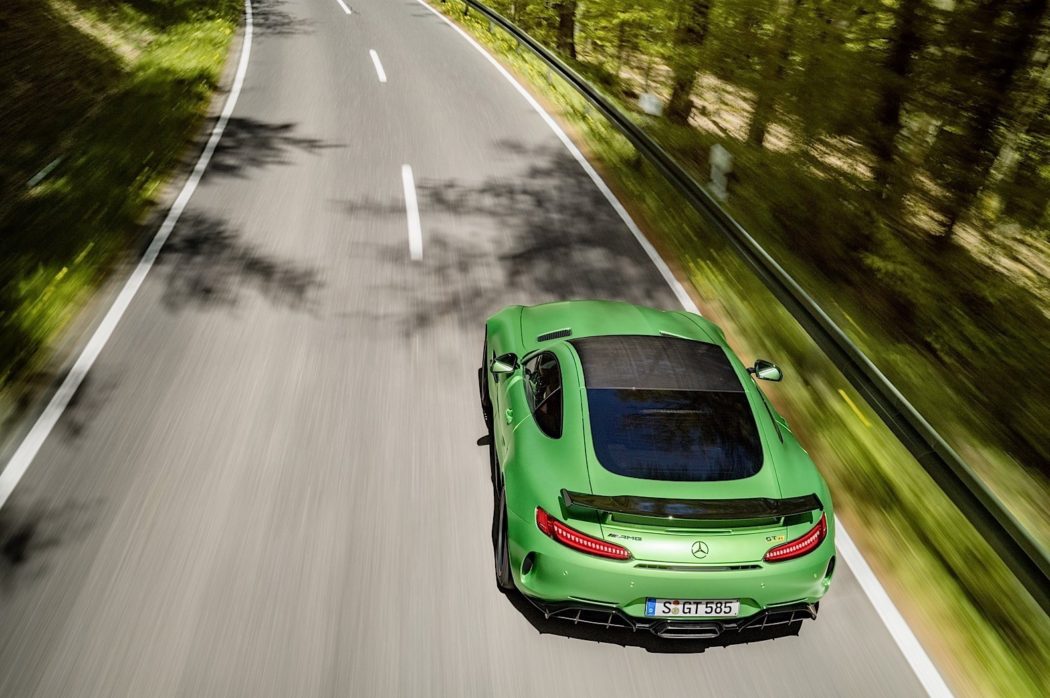 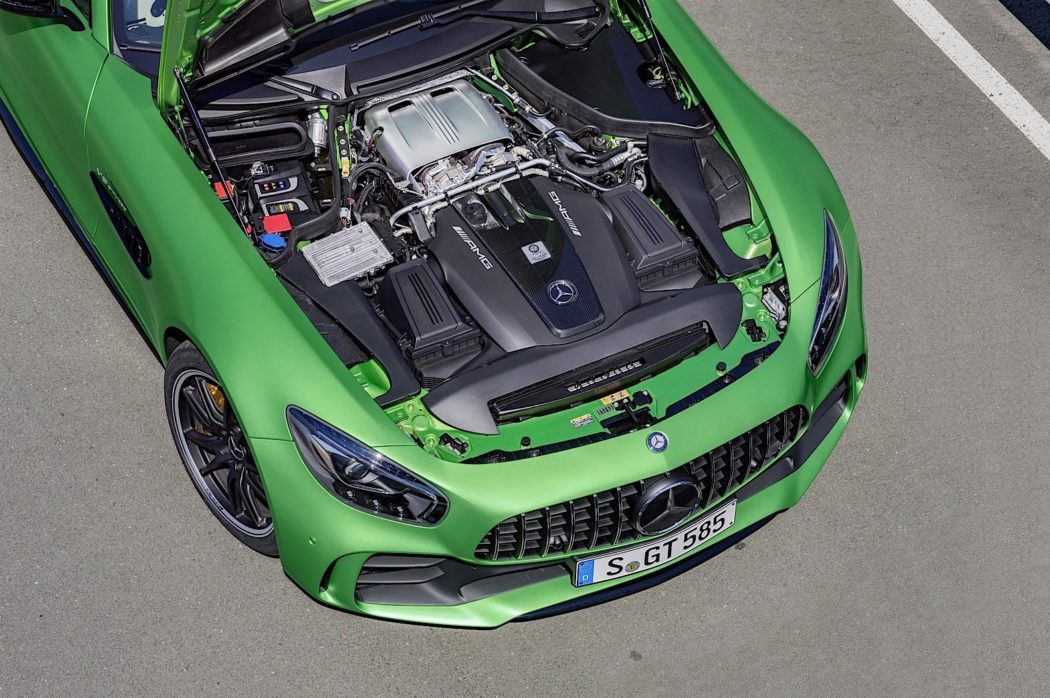 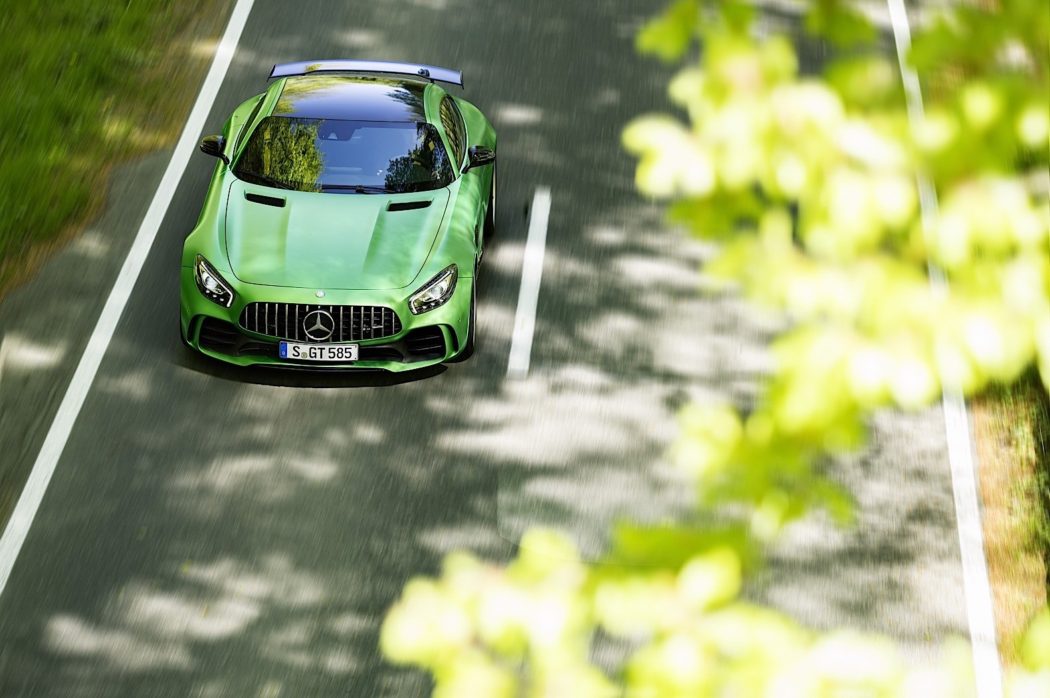 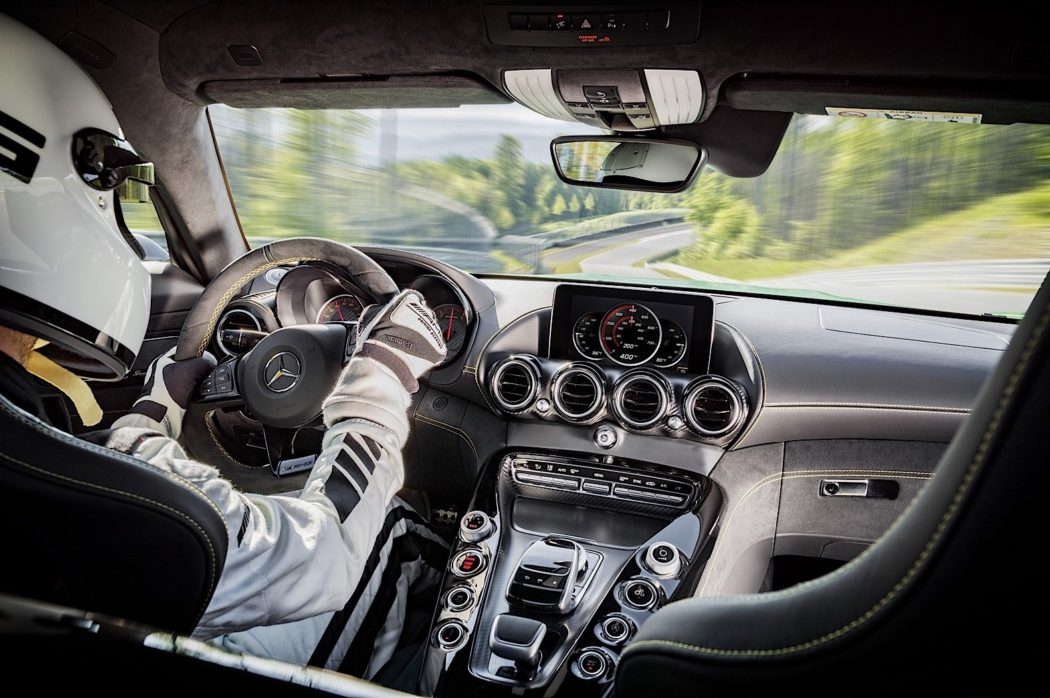 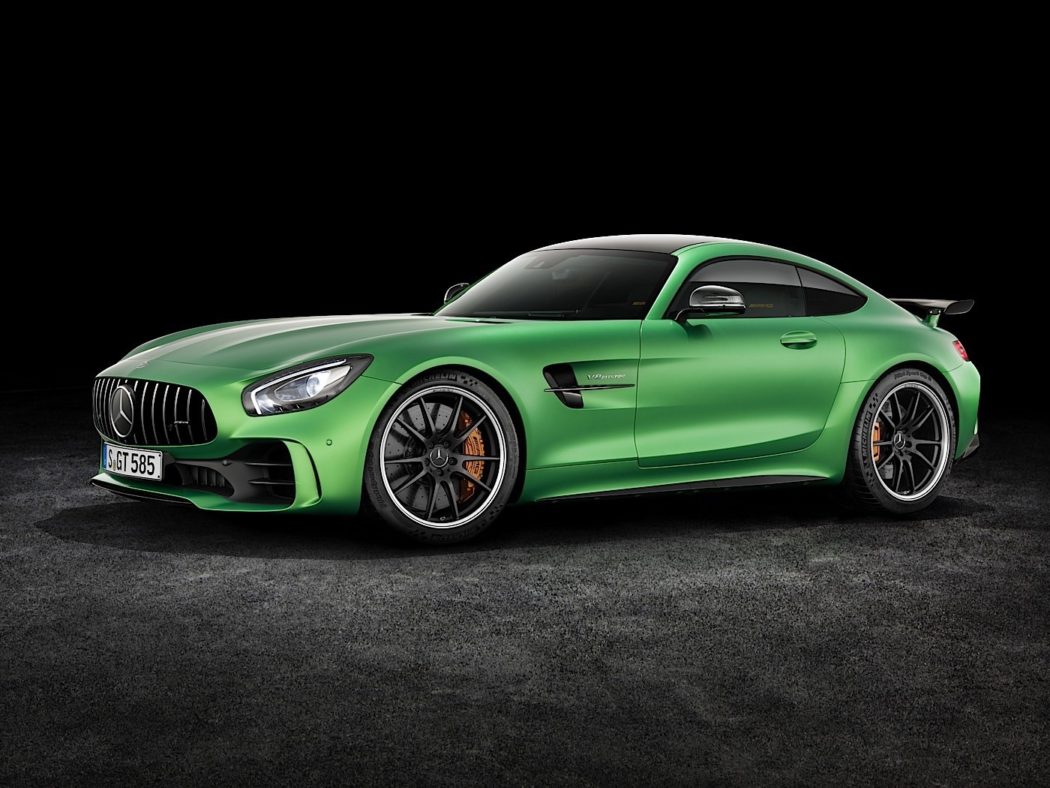 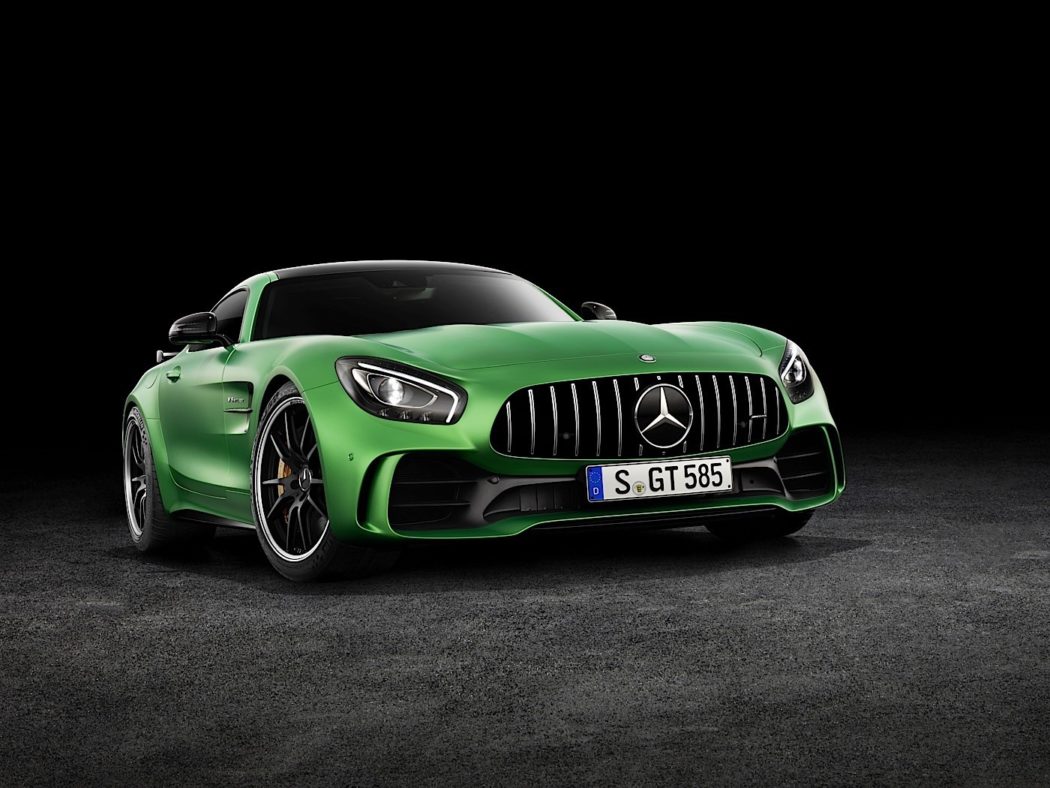 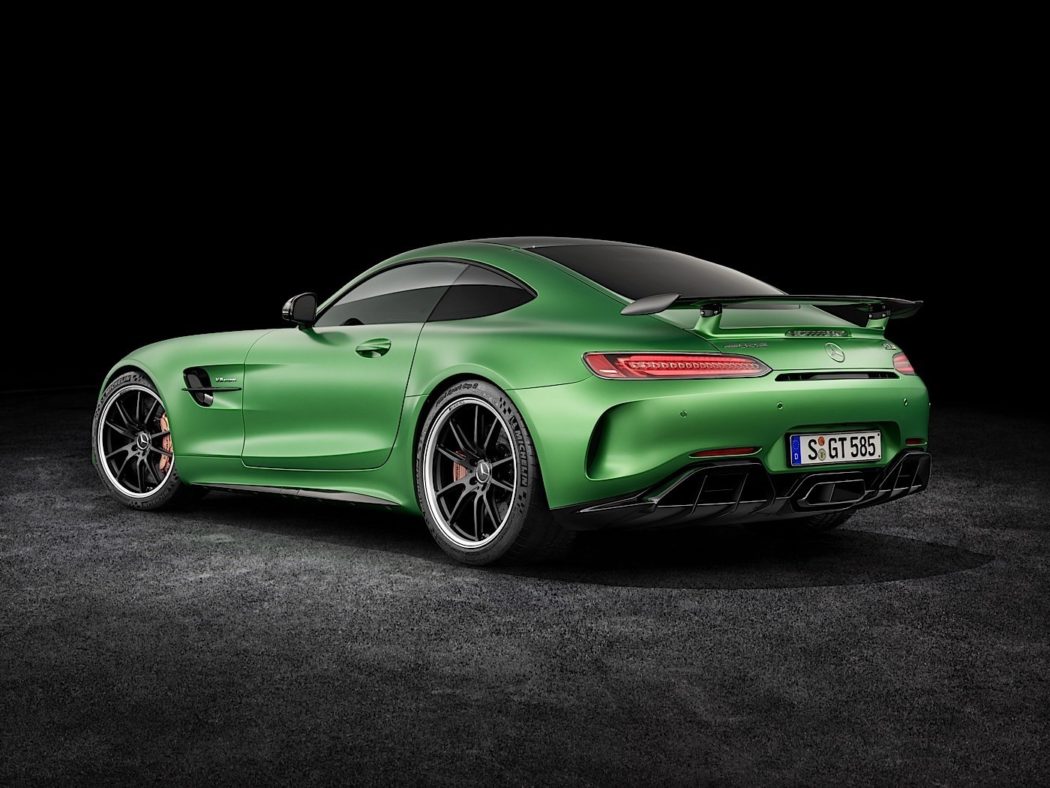 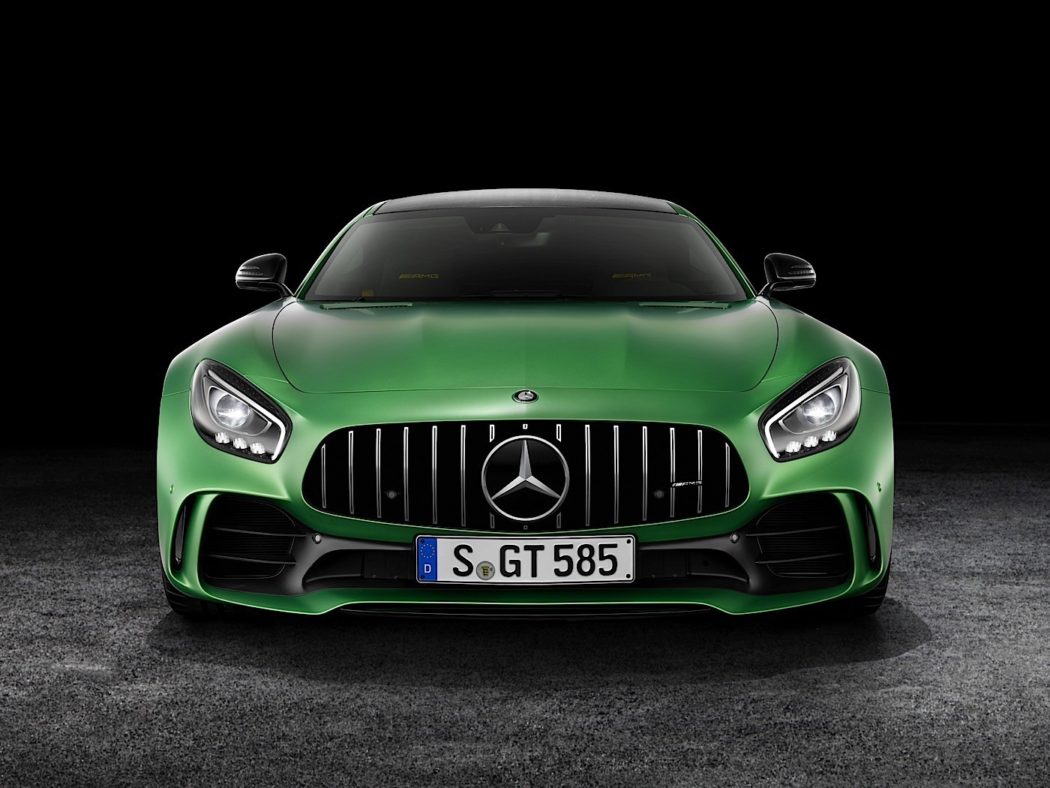 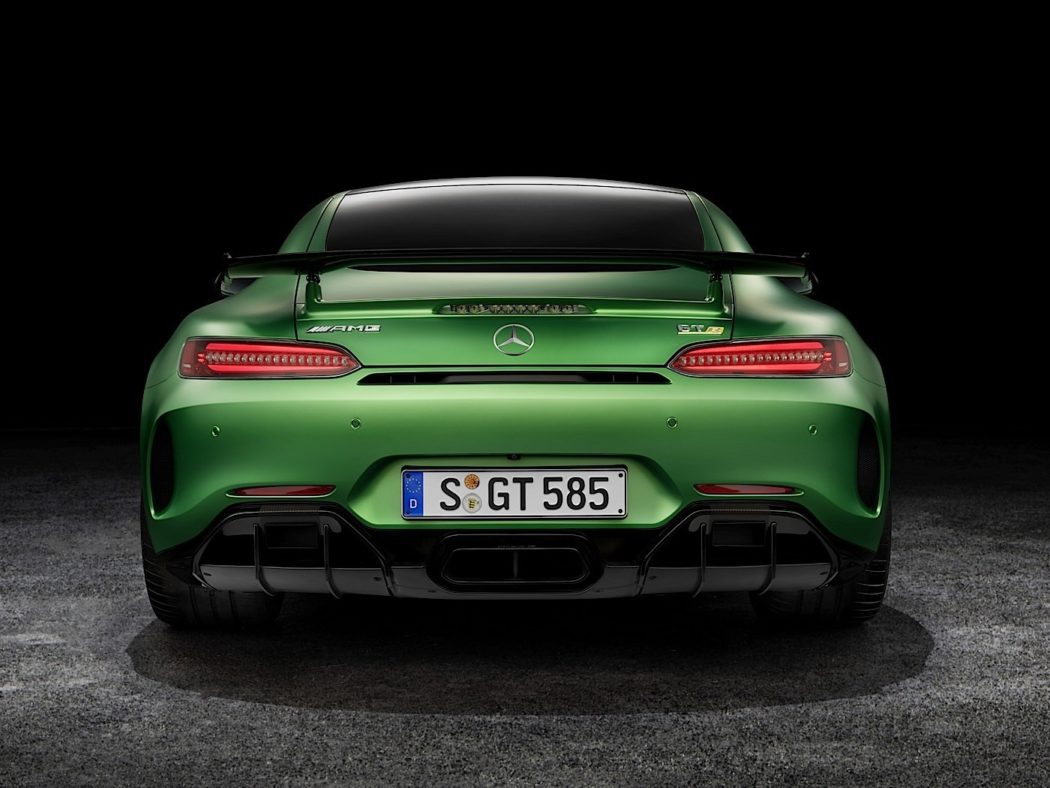 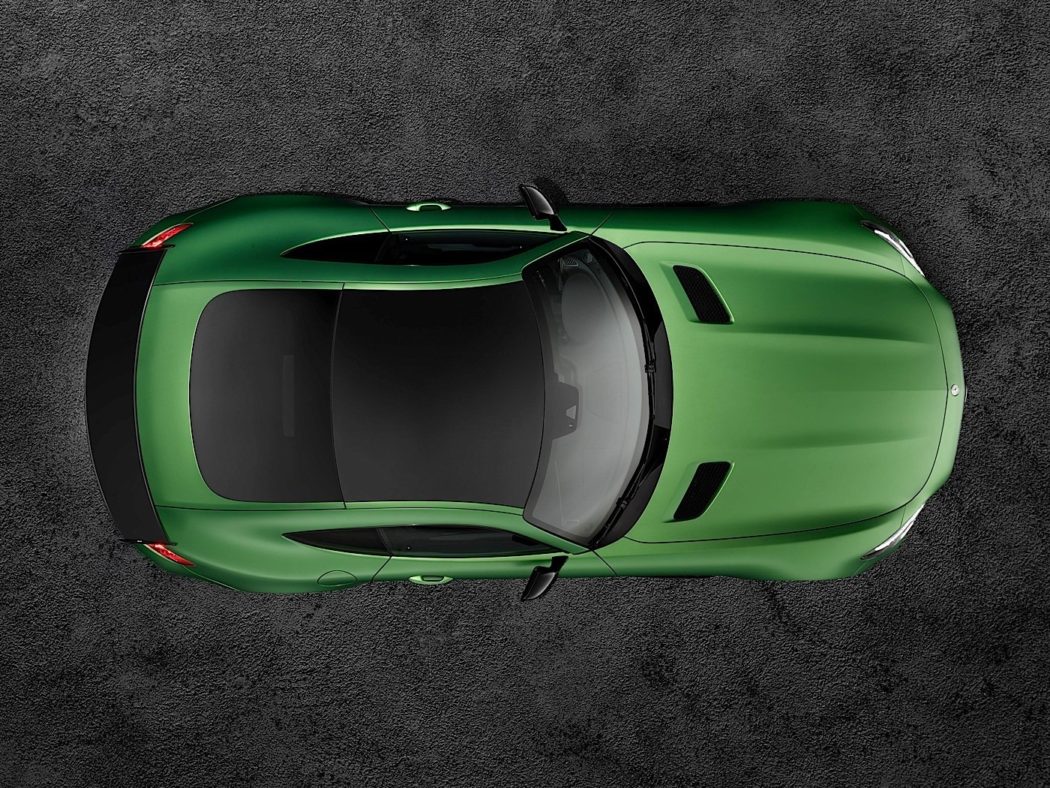 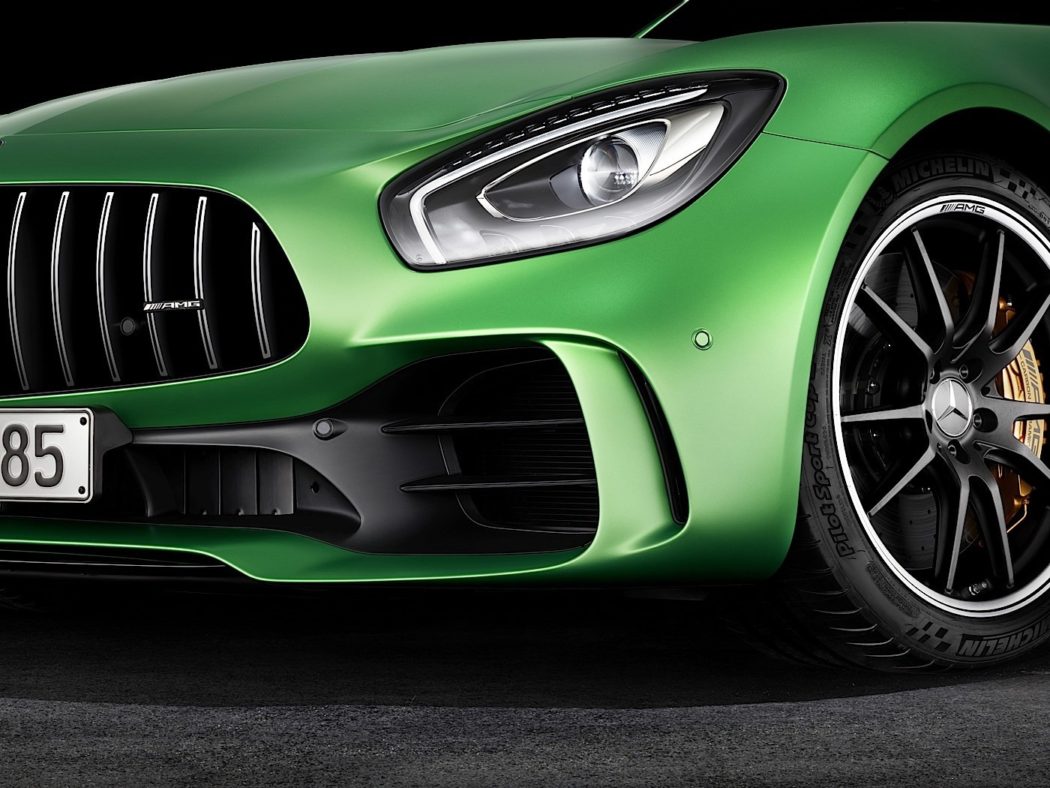 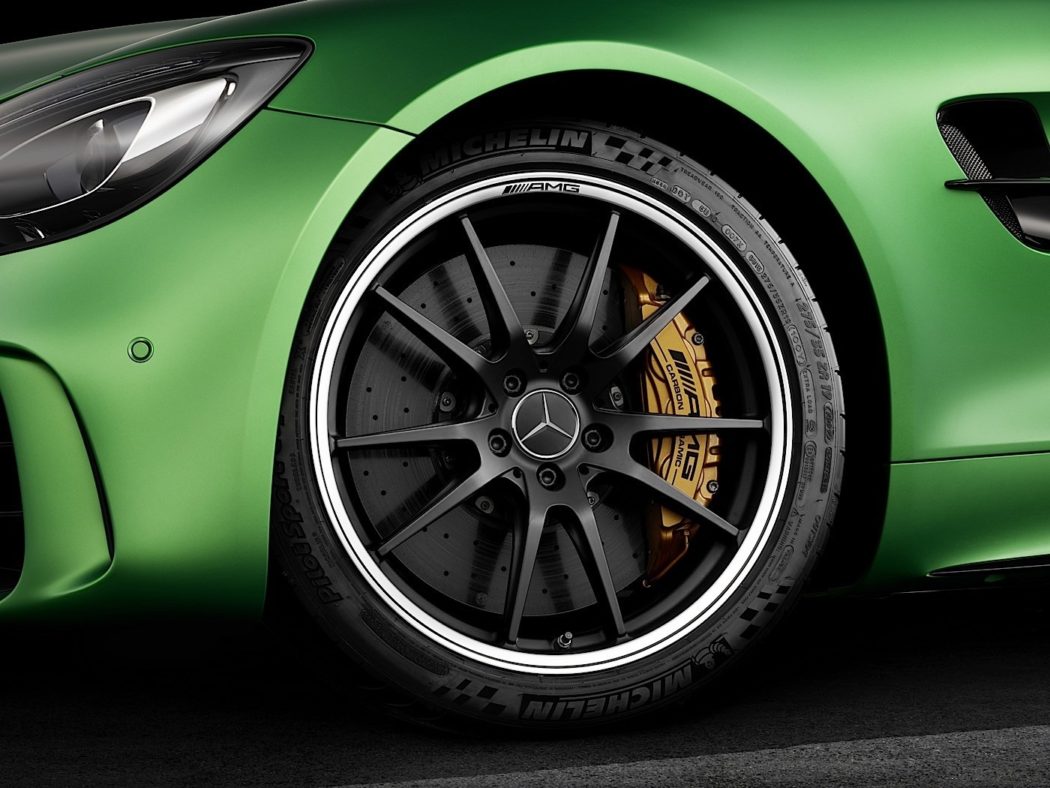 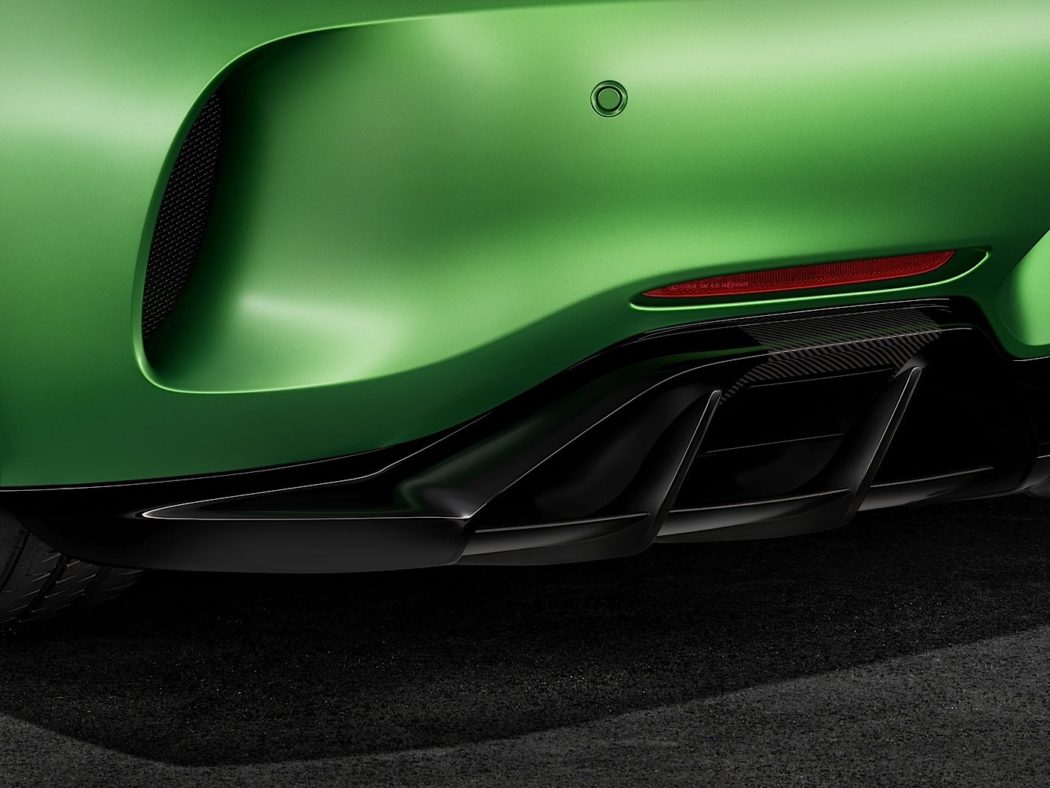 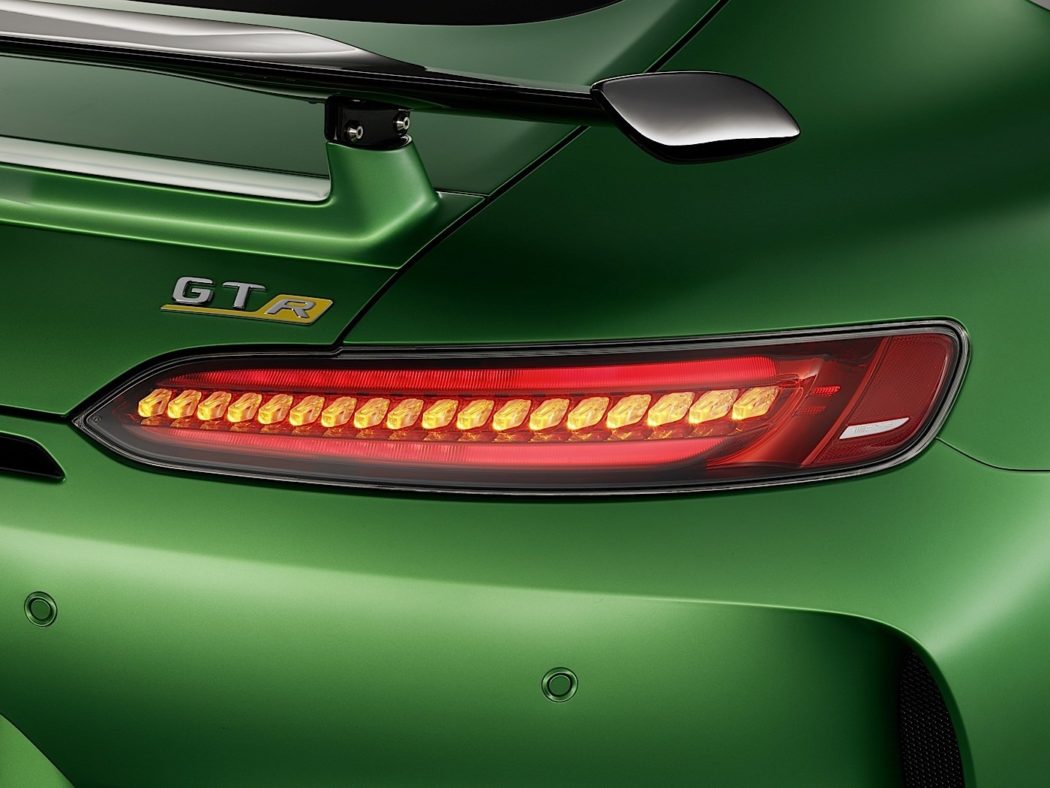 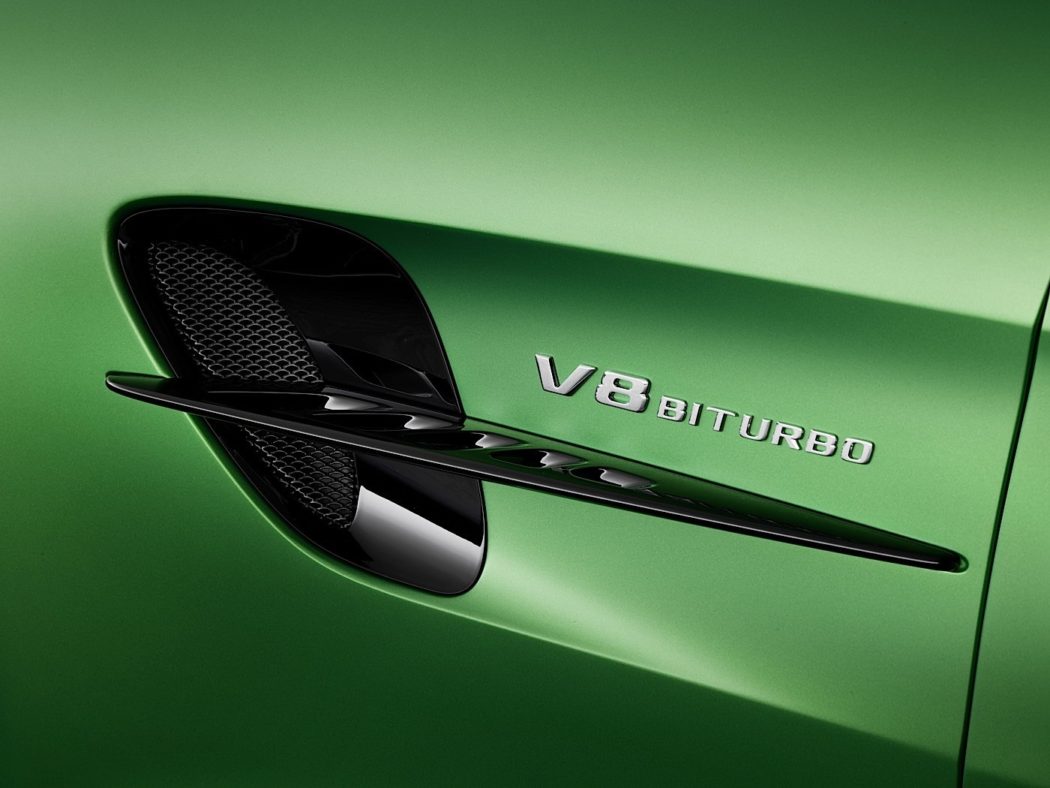 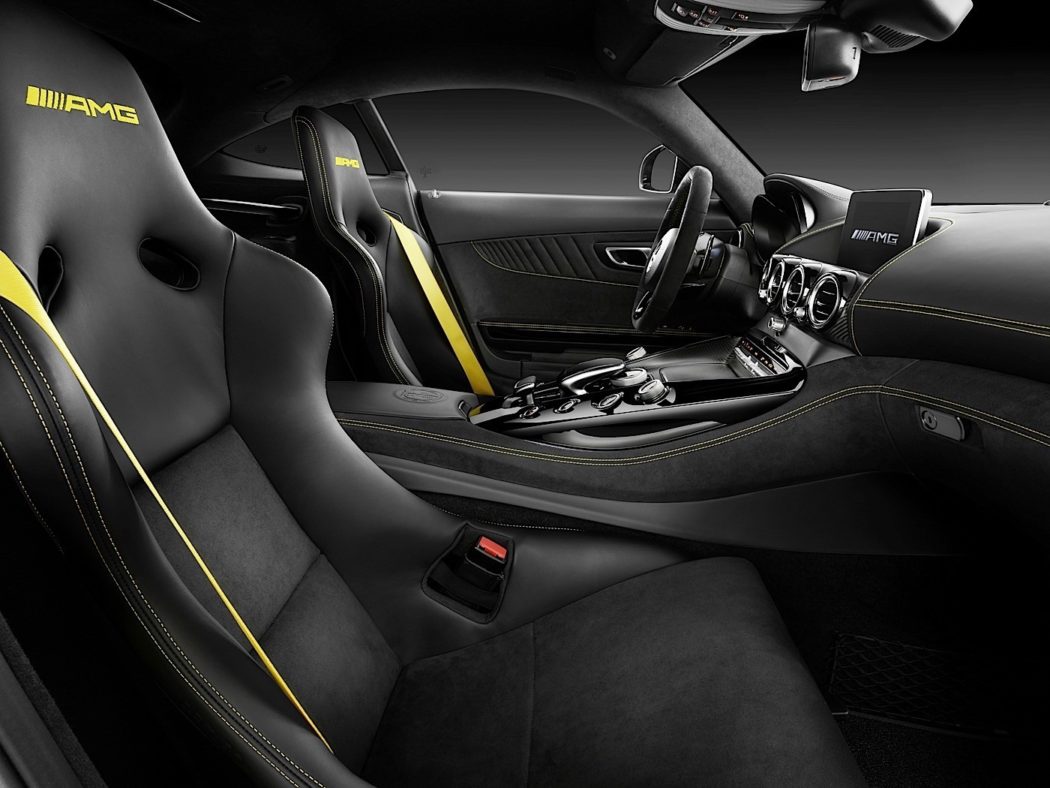 A more manic follow up to the Mercedes-AMG GT and GT S has always been a sure thing. After all, the GT’s predecessor, the SLS, had a hardcore, factory widebody Black Series version that was as badass as it looked. Well, the powered-up GT isn’t called a Black Series, and its exterior alterations aren’t quite as radical, but the Mercedes-AMG GT R (Note the lack of a hyphen, pedants and Nissan lawyers…) is still the undisputed new hotness from Affalterbach.

Outside, several key pieces of bodywork, including the flared front and rear fenders and the roof, have been replaced with carbon fiber bits, while a retractable front splitter (which automatically deploys above 50 mph when the driving mode is set to “Race”) resides below a new grille inspired by the AMG GT3 and original 1952 300 SL racecars. In back, there’s a fixed rear wing, an aggressive diffuser and a pair of center-exit tailpipes, while wider lightweight wheels (19” fronts, 20” rears) wearing Michelin Pilot Sport Cup 2 tires provide the rolling ability and grip in the corners (Revised suspension, optional carbon-ceramic brakes and four-wheel-steering – an AMG vehicle first – also serve to enhance the GT R’s handling capabilities.).

Under the skin, AMG engineers treated the 4.0L twin-turbo V8 to new turbochargers, a reprogrammed ECU and other tweaks to elevate total output to 577 horsepower and 516 lb.-ft of torque, while enhancements to the 7-speed dual-clutch transmission deliver the quicker shifts needed to sprint to 62 mph in a claimed 3.5 seconds on the way to a 198 mph top speed. Thankfully, the GT R isn’t going quite that fast at the Goodwood Festival of Speed (where it’s now on display), so you’ll be able to get a good look at it there, or in the included pictures and video below co-starring Mercedes-AMG Formula 1 driver Lewis Hamilton; unfortunately for those of us here in the States, we’ll have to wait awhile to get our first taste of the Mercedes-AMG GT R, as it isn’t coming here until sometime next year as a 2018 model.