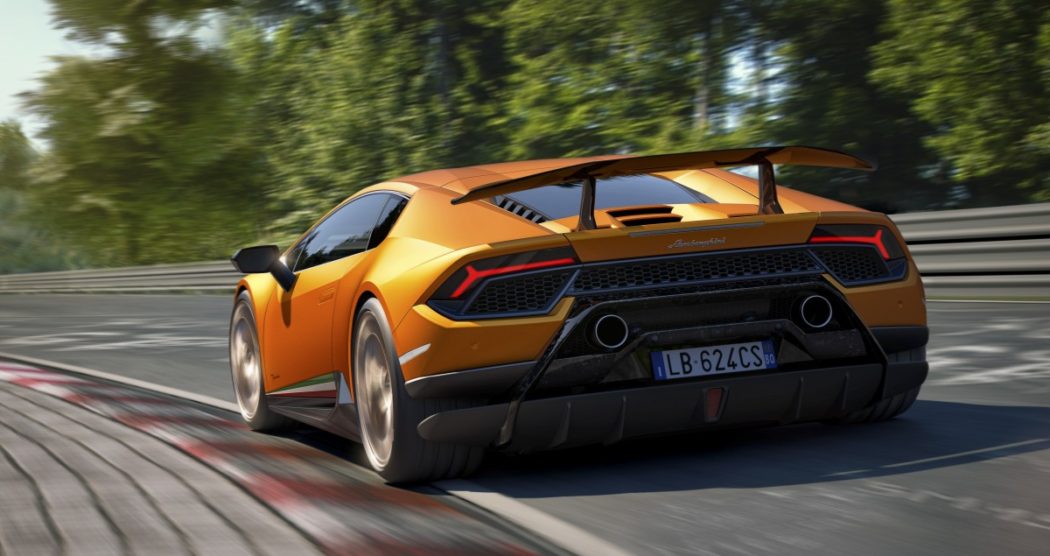 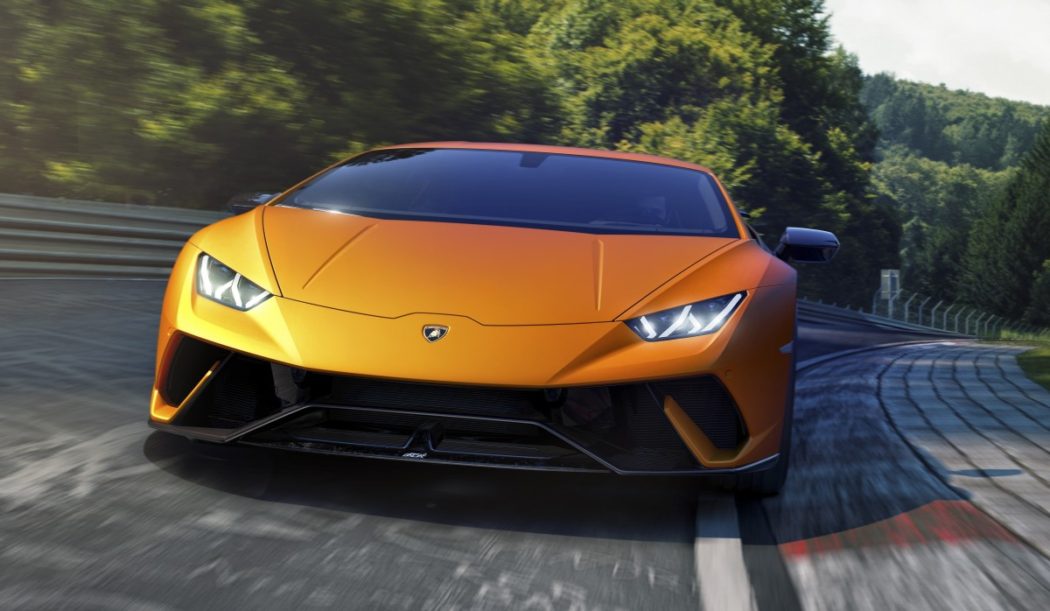 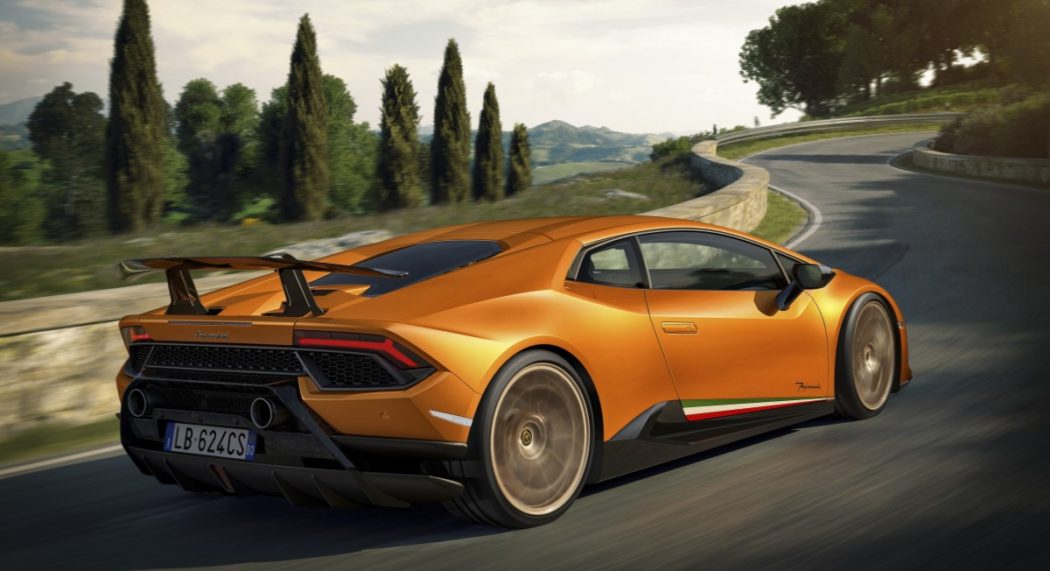 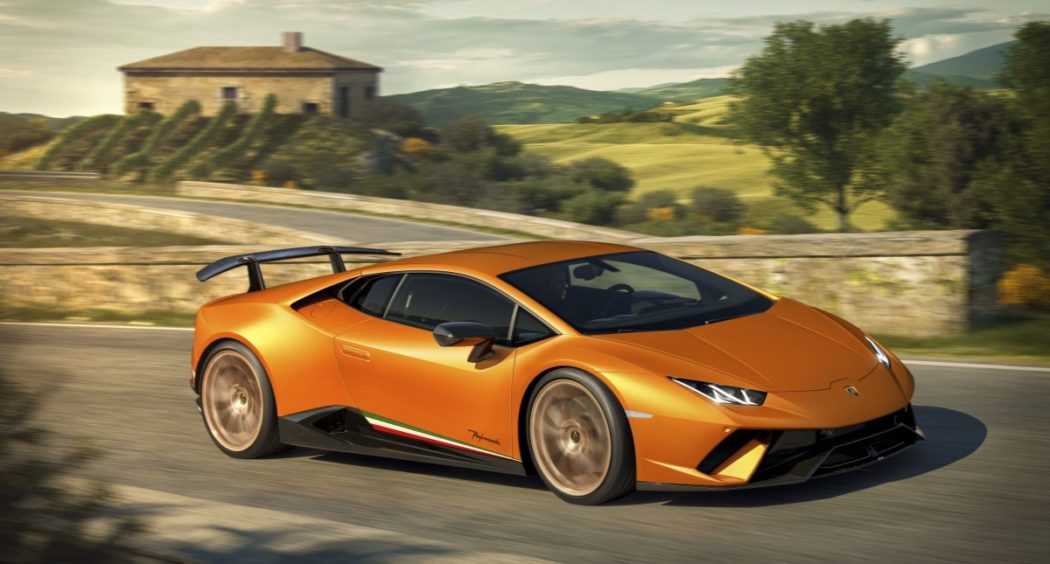 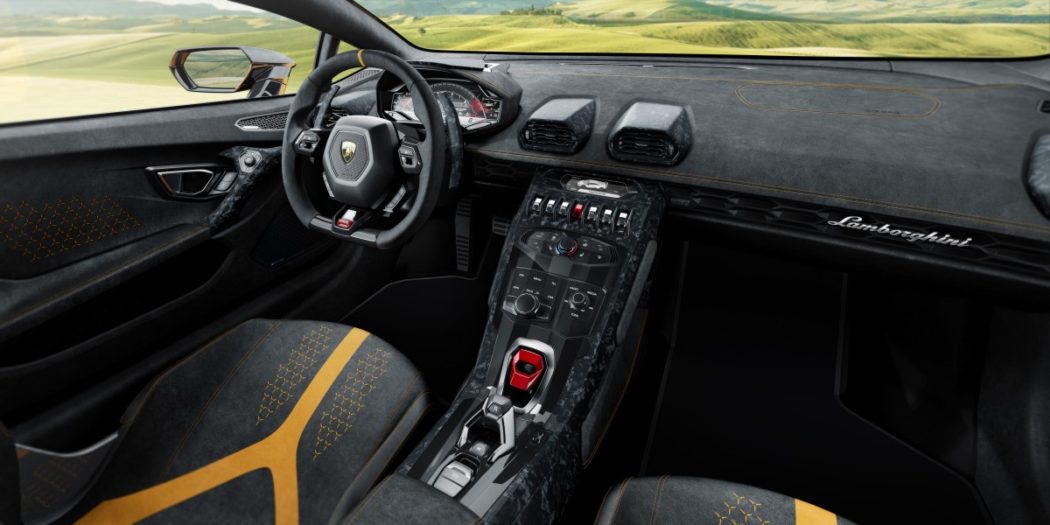 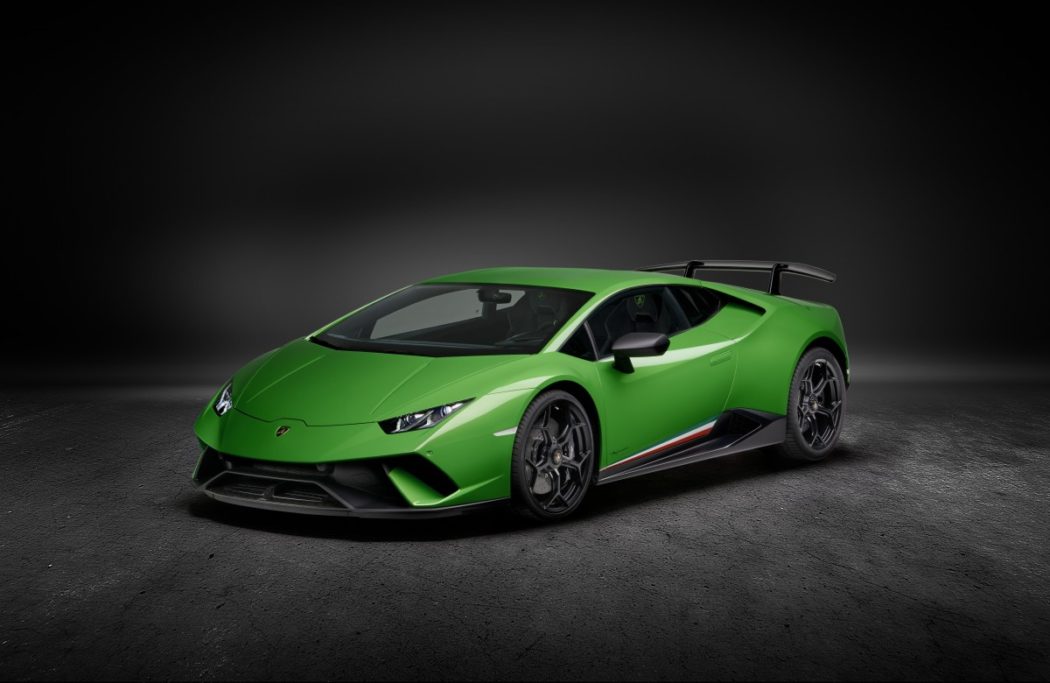 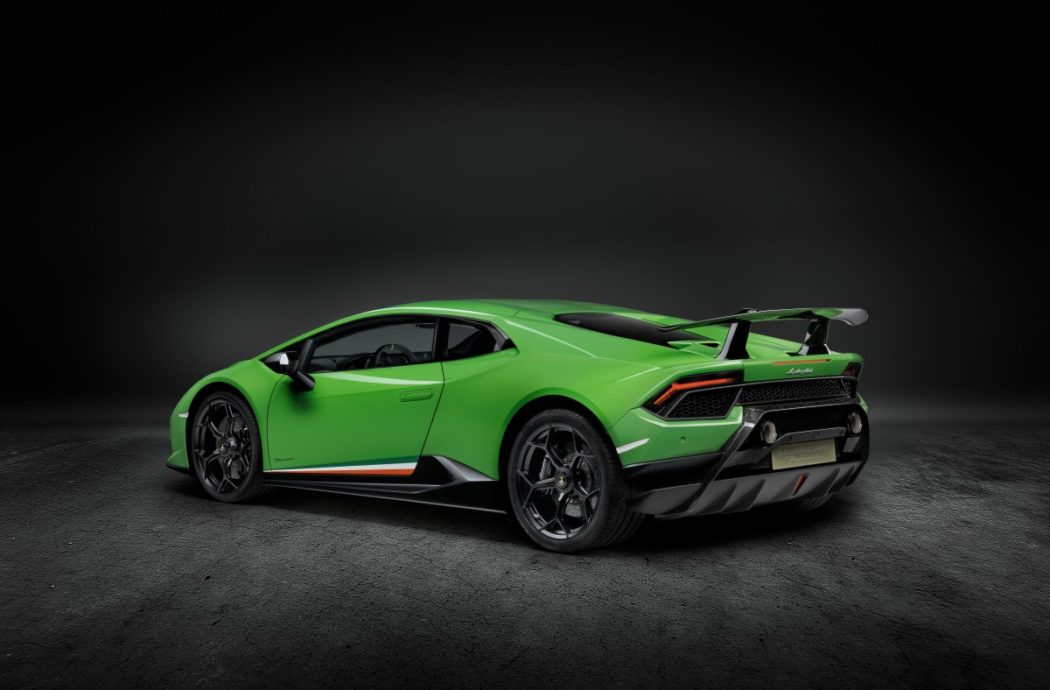 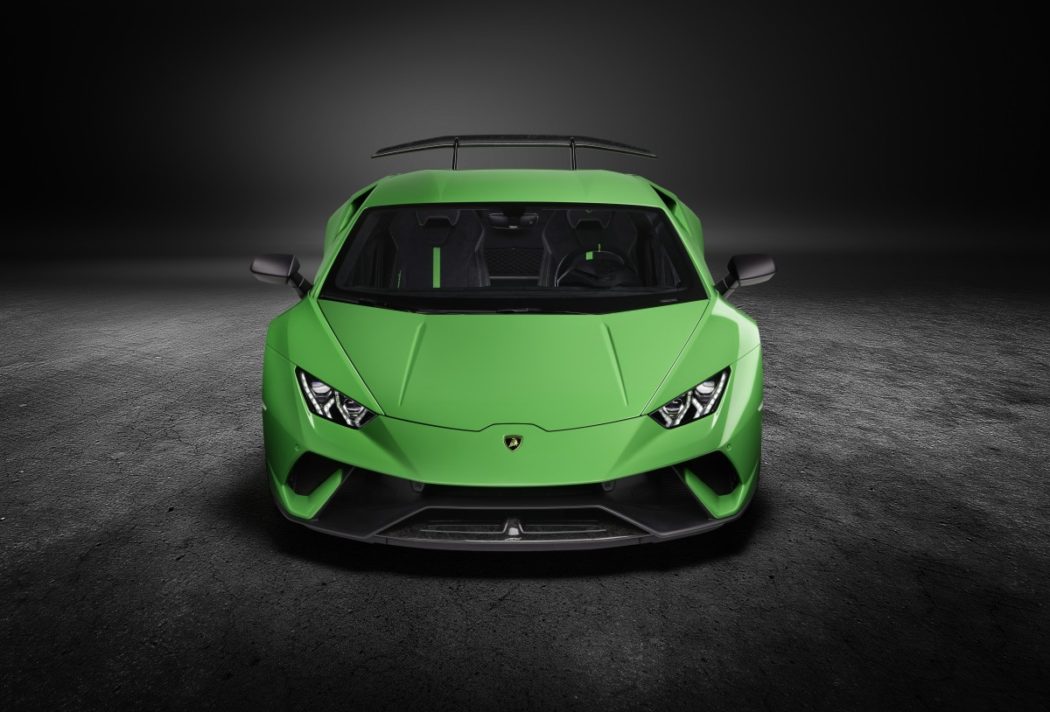 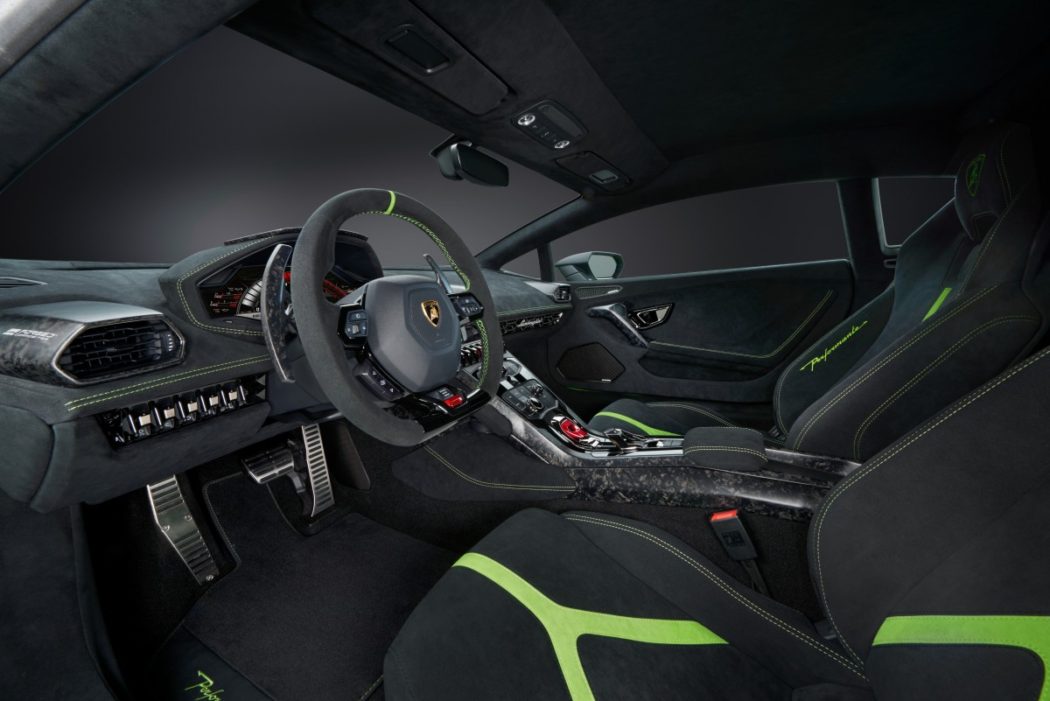 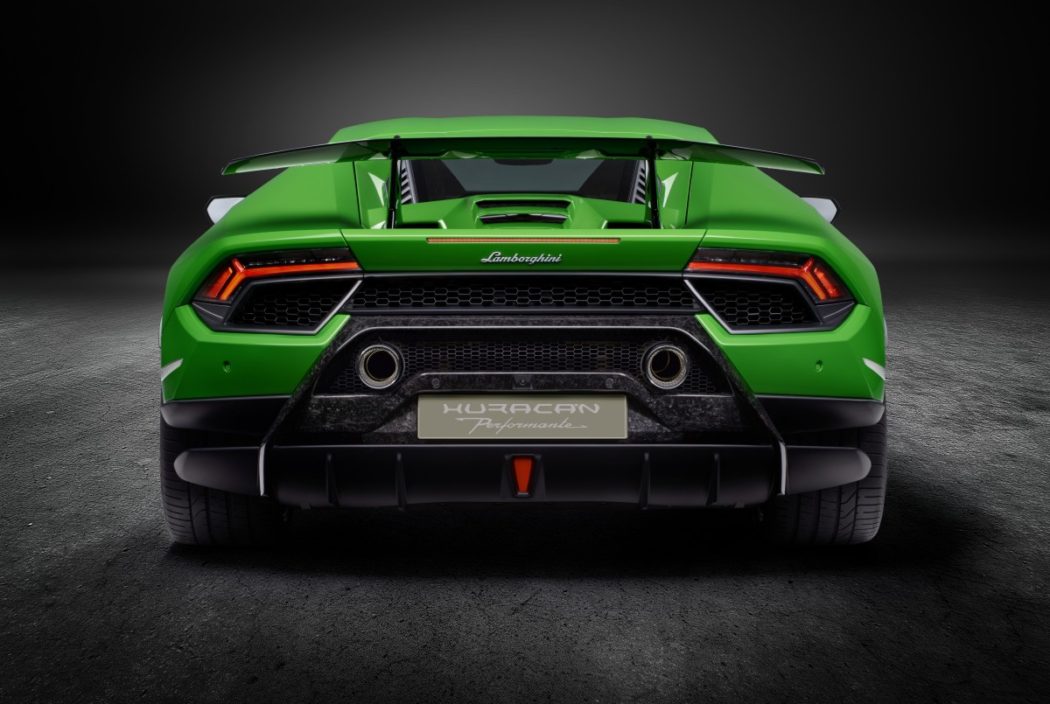 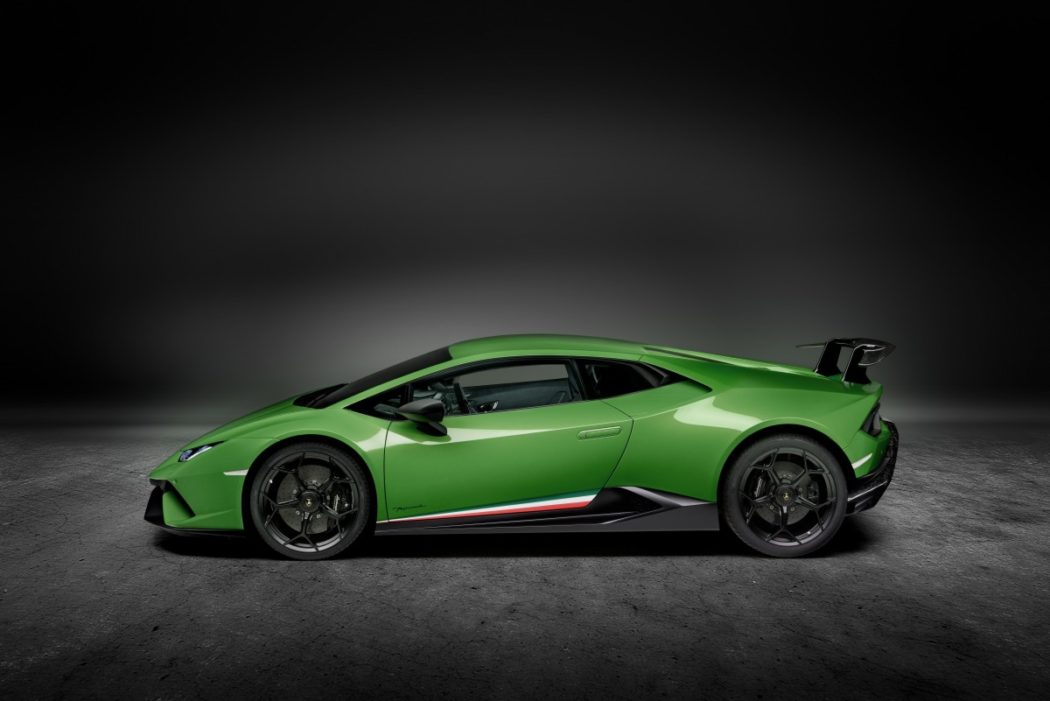 The Lamborghini Huracan, even in standard form, is a potent piece of machinery. So imagine one with more power, less weight, and a clever active aerodynamics package. On second thought, don’t, because Lamborghini already has, and will be producing it under the name Huracan Performante.

Much of the Performante recipe reads the same as the one that was applied to the vehicle that could most truthfully be called its predecessor, the Gallardo Superleggera: Less mass (88 pounds, thanks in most part to the company’s trick new forged composite manufacturing process for some exterior parts like the new front and rear fascia), more power (640 horsepower and 443 lb.-ft of torque from the 5.2L V10), and a more responsive chassis setup (stiffer springs and anti-roll bars plus optional magnetorheological dampers). But the Performante packs a new party trick in the form of front and rear active aero systems that use power-actuated flaps to redirect air through and around various ducts; the two flaps tied to the rear wing can even operate independently, improving cornering stability and performance.

And speaking of performance, Lamborghini says this hotter Huracan can hop to 62 mph in 2.9 seconds and top out at 202 mph, the latter being the same as the base model. As for pricing, expect it to start at a hefty $274,390 when the first copies land on U.S. soil later this year.