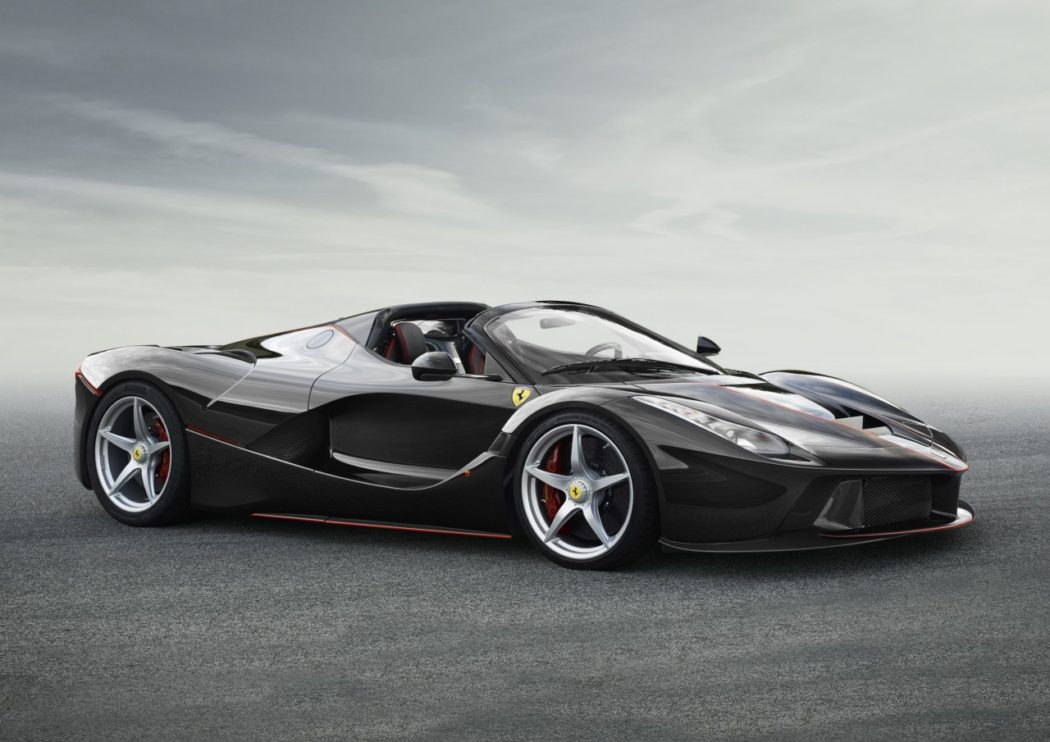 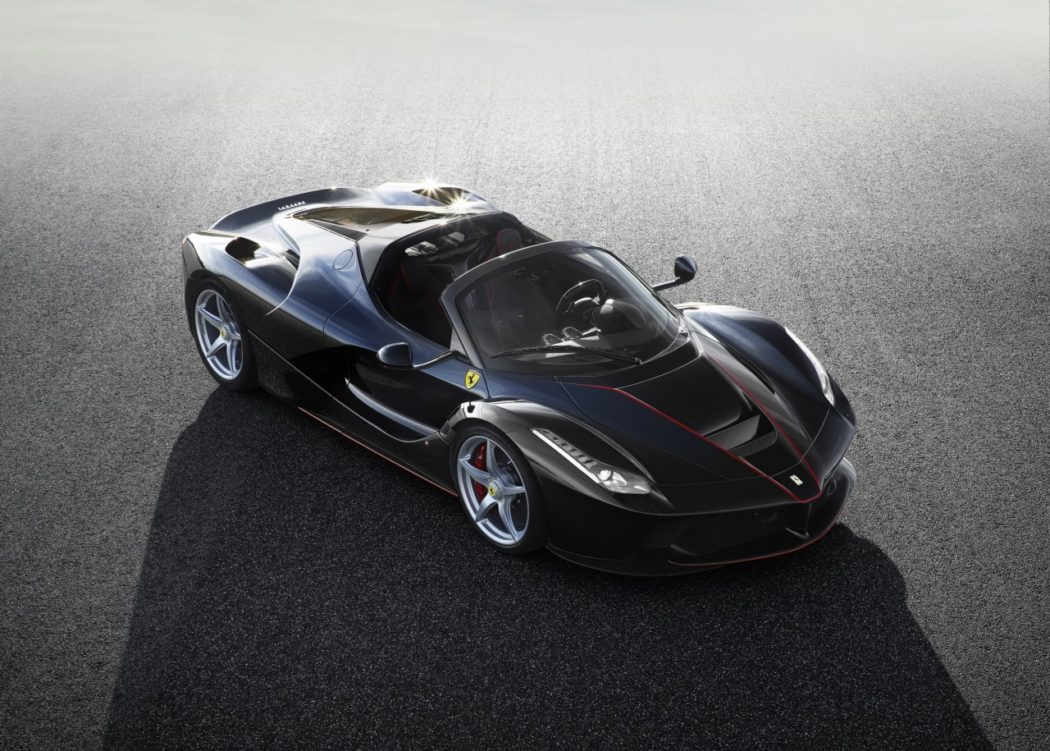 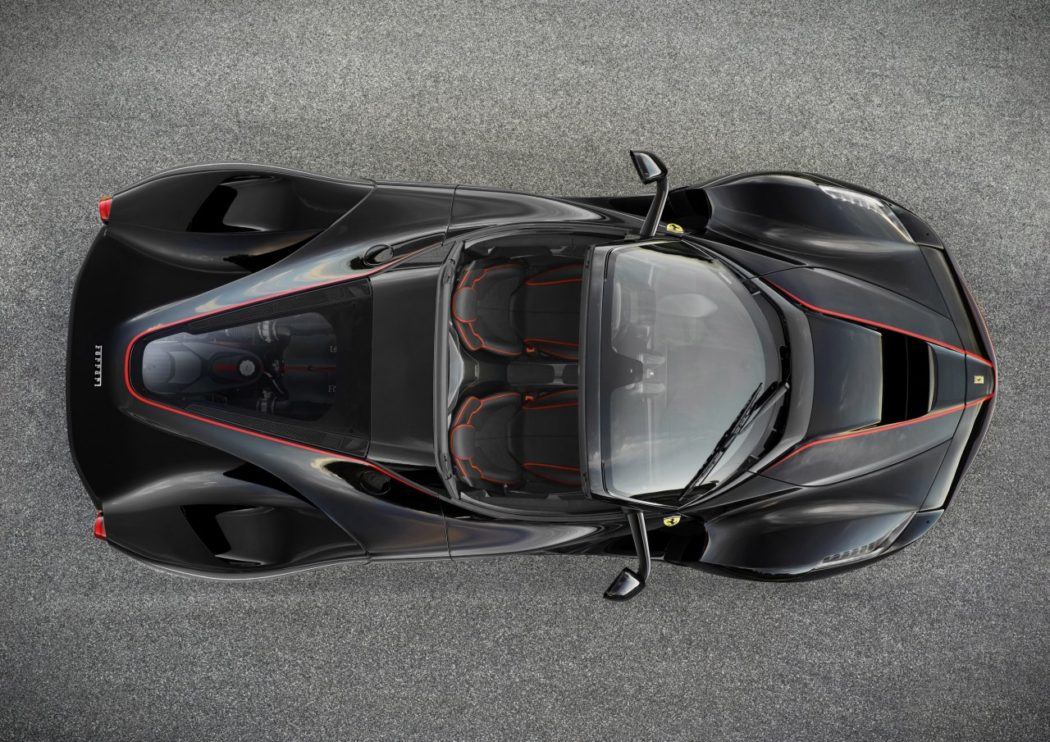 Although the Ferrari LaFerrari and McLaren P1 are regarded as faster and more potent than the Porsche 918 Spyder, they’re lacking two of the German hybrid hypercar’s key features, one being all-wheel-drive and the other being a removable roof. Both of those attributes make the Porsche much more of a four-season speed machine than its rivals, but Ferrari is ready to stake a stronger claim to summer motoring bliss with the 2017 LaFerrari Spider.

As you might expect, the LaFerrari Spider (or Aperta; the company hasn’t released its official name yet) shares nearly all of its swoopy bodywork with the coupe version. Also carried over is the howling 6.3L V12/electric motor tag team that’s good for 949 horsepower. The main difference, of course, lies in the detachable center section of the roof, which Ferrari says will be available as a hard carbon fiber panel or a folding fabric-wrapped unit. The company also says it has made a variety of revisions to the chassis and the aerodynamics to compensate for the loss of a rigid lid.

While Ferrari isn’t saying what the selling price is (word on the street is it’s about $1.4 million, which represents a 40% premium over the coupe), it is saying that it will only build between 150 and 200 LaFerrari Spiders, and all have already been sold; rumor has it the company has been showing the car privately to potential buyers for months, if not years. That’s the bad news; the good news is, perhaps this will light a fire under McLaren’s arse to come up with a topless P1…