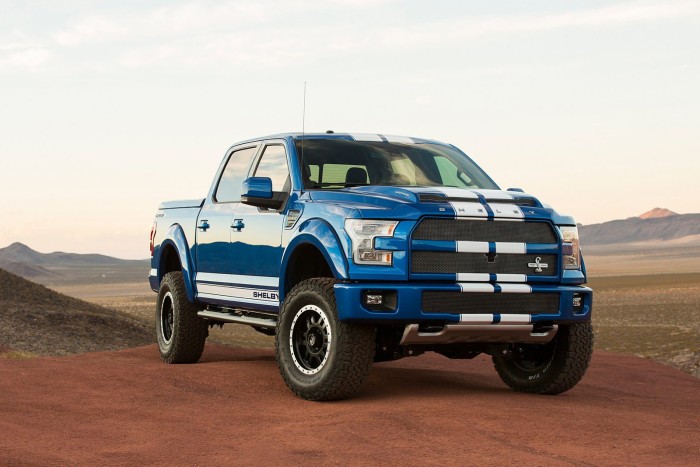 Off-roading geeks are all a-tingle in their no-no regions regarding the 2017 second-generation Ford F-150 Raptor. That’s understandable, since the new truck has Fox Racing suspension bits and other chassis goodies similar to those on its predecessor, plus an aluminum cab and bed, a 450+ horsepower twin-turbo V6 and an exclusive (for now) 10-speed automatic transmission. But let’s pretend you can’t wait until the middle of next year to take delivery of your ’17 Raptor, or maybe you refuse to believe a Raptor without a V8 – no matter how ballsy the boosted V6 that is under the hood is – is worthy of the name. If you fall into either or both categories, Shelby American is ready to help. 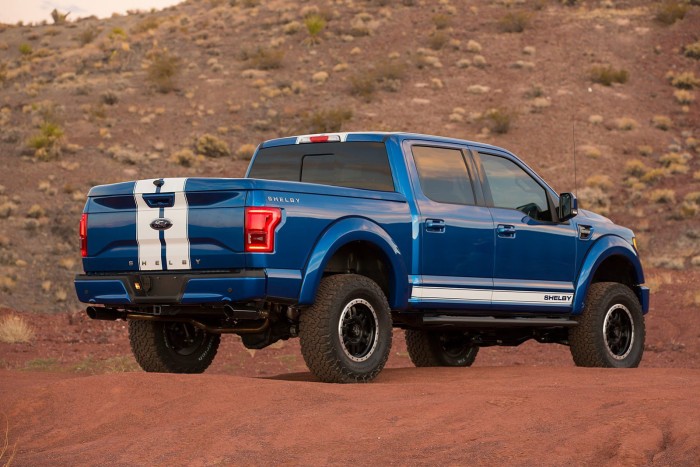 The 2016 Shelby F-150, like the new Raptor and all current-gen F-150s, boasts an aluminum cab and bed bolted to a steel chassis. To that alloy body, Shelby adds new front and rear bumpers, fender flares, a custom grille insert, hard tonneau cover and a power-bulge ram air hood, as well as a top and side stripe package. The package also adds a lift kit with Fox Racing shock absorbers with 2.5” internal bypass reservoirs, plus a set of skid plates and differential guards and a set of 18” Shelby wheels wearing BFGoodrich All-Terrain K02 tires. In other words, this pumped-up Ford pick-‘em-up can certainly take care of itself when the geography gets rough. 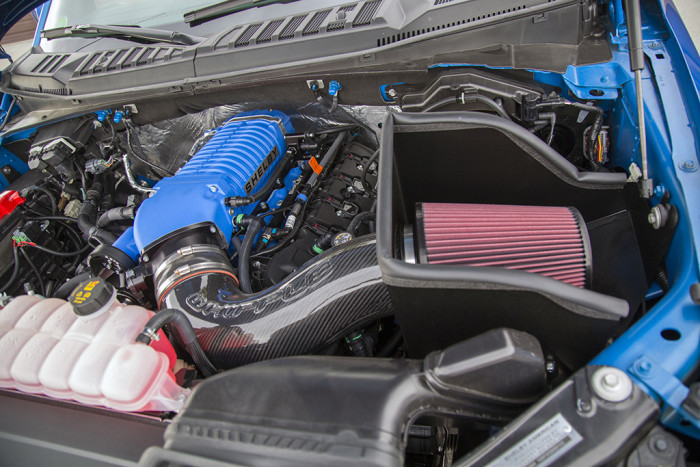 Of course, this wouldn’t be a modern Shelby American creation if there wasn’t at least a little more moxie under the hood, and you’ll find a lot more under this hood. The stock 5.0L V8 has been fitted with a cold air intake system, a high-flow billet aluminum throttlebody, high-flow fuel injectors, a Borla dual exhaust system and a sizable Whipple supercharger with an aluminum intercooler, all of which Shelby says is sufficient to elevate output to 700 horsepower. That will get this truck moving in a big hurry, but you’ll have to write a big check to make one of the 500 Shelby F-150s scheduled to be built yours: The price of the conversion including the donor truck is $98,995. If that’s too pricey for you, Shelby will gladly sell you a naturally-aspirated 395 horsepower version though, with an MSRP of $85,995 turn-key, odds are you can scrape together another $13k without much drama anyway. 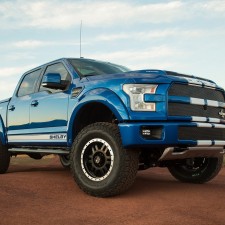 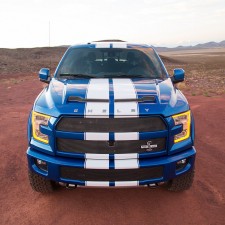 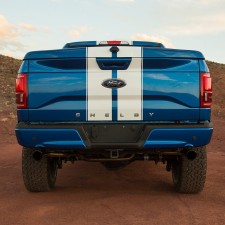 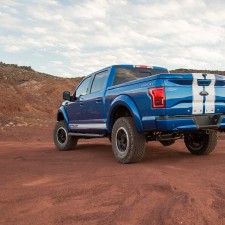 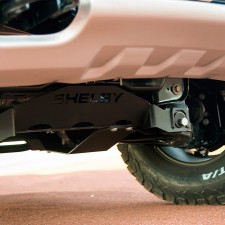 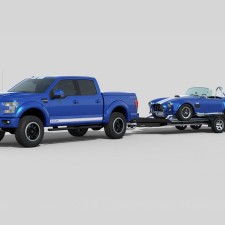 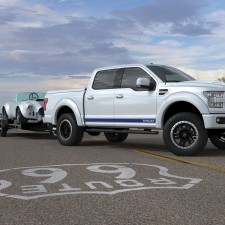 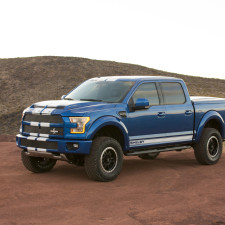 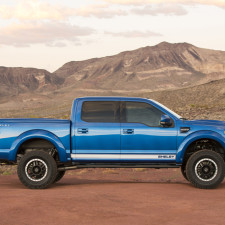 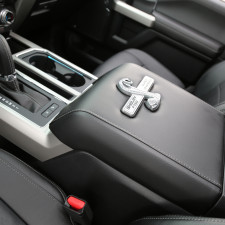 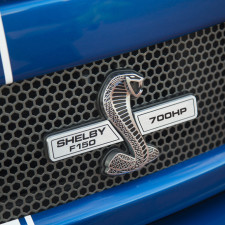