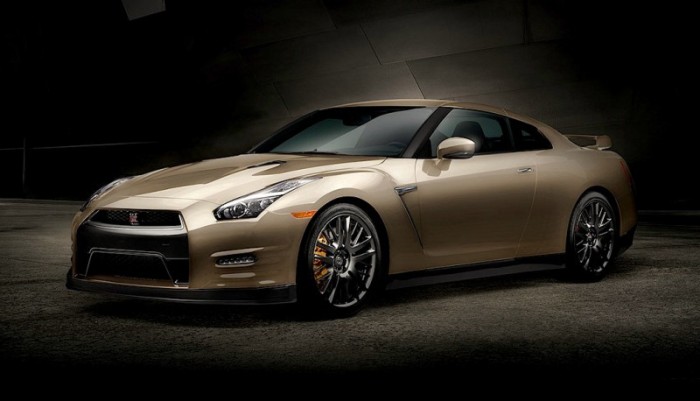 In 1971, America’s first muscle car era was winding down, but across the Pacific, Japan’s high performance heyday was just beginning to hit its stride, because that was the year Nissan introduced the 2-door Skyline GT-R. Now popularly known, like other C10-chassis Skylines, as the Hakosuka (which roughly translates to “box Skyline”), the original GT-R coupe (The model debuted as a 4-door sedan in February 1969.) immediately proved to be a formidable weapon on the street and the track. Four generations of Skyline GT-R followed, while the current R35 GT-R (now a standalone model series) has led at least a few people who have driven it above reasonable and prudent speeds to wonder whether or not the laws of physics need some amending. 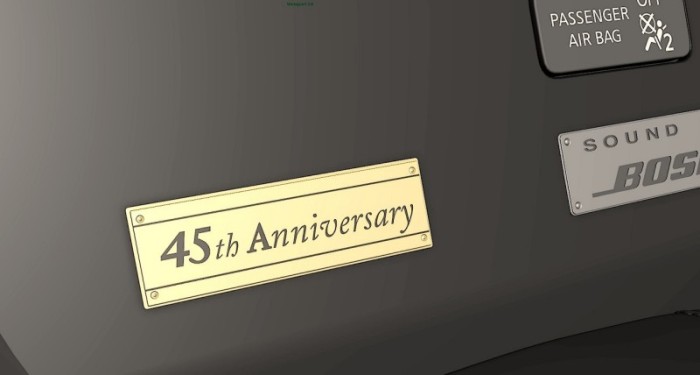 To celebrate this lengthy legacy of speed, Nissan is producing a special limited edition GT-R for the 2016 model year. The Nissan GT-R 45th Anniversary Gold Edition is based on the Premium trim level, and wears a special exterior color called Silica Brass (the same color that was applied to the R34-based 2001 Skyline GT-R M-Spec) and a commemorative dashboard plaque. Additionally, like all non-Nismo 2016 GT-Rs, the 45th Anniversary Gold Edition’s 3.8L twin-turbo V6 makes 550 horsepower (a five horsepower gain over ’15 models), and it features the Premium’s new 20-spoke Rays wheels.

Want one? You’ll have to act fast, because no more than 30 examples of the special anniversary package will be imported to the U.S. And you’ll have to have at least $102,770 (a $1,000 upcharge over a regular GT-R Premium) on hand. Almost makes you wonder what they’ll do for the GT-R’s 50th birthday in 2021…