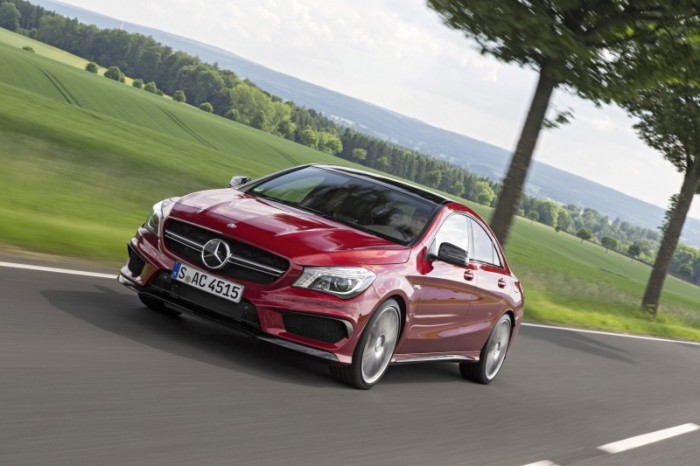 In the last couple of years, Mercedes-Benz has moved the farthest down-market it ever has here in the U.S. by introducing a pair of small, four-cylinder-only, transverse-engine model lines: The CLA “four-door coupe” and the GLA crossover. And while many a Mercedes-Benz freak gags at the mere notion of front- and front-based-all-wheel-drive compacts wearing the hallowed Three-Pointed Star, few people are willing to front on the musclebound AMG versions of these starter Benzes, the CLA45 AMG and GLA45 AMG. And for the 2016 model year, they (along with the related, not-for-Yankee-consumption A45 AMG and CLA45 AMG Shooting Brake) are getting even more muscular. 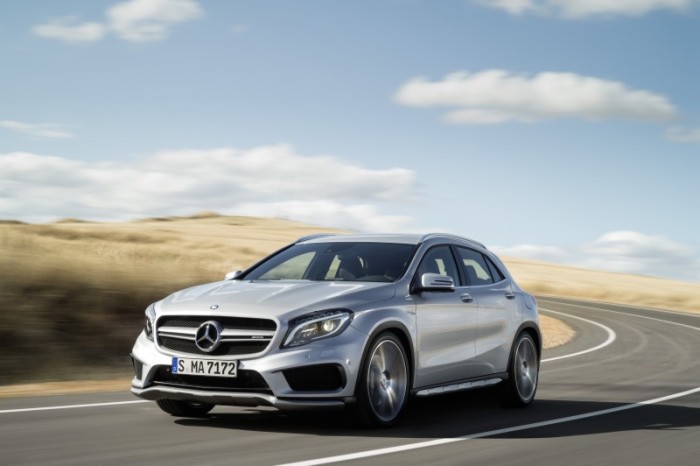 Changes to the hand-built turbocharged 2.0L inline-four (codenamed M133) have yielded appreciable bumps in both power and torque; peak output is now 375 horsepower (up by 20) and 350 lb.-ft of torque (an increase of 18). In terms of specific output, that translates to an even-more-absurd-than-before 187.5 horsepower and 175 lb.-ft per liter of displacement. Couple that extra pep with 4MATIC AWD and shorter, more closely spaced top five gear ratios for the 7-speed dual-clutch transmission and you will, say AMG’s mad scientists, be able to hit 60 mph from a dead stop in just 4.1 and 4.3 seconds in the CLA45 and GLA45, respectively. Alas, the top speed for both models is still capped at 155 mph, though ordering the new AMG Dynamic Plus package (which also adds even sportier suspension tuning, additional modes for the electronic driver aids and a mechanical LSD for the front axle) will raise it to 167 mph. Expect pricing and other info to drop closer to this dynamic duo’s October on-sale date.