By the late 1980s, the small, cheap, rear-drive roadster segment of the new car market had all but vanished. Thankfully, Mazda was willing to take a chance on the genre, by building a fun, stylish two-seat convertible that was a hoot to drive and, unlike the British and Italian standard-bearers of old, chock full of Japanese reliability. A quarter-century, three generations and almost a million sales later, the Mazda MX-5 (known as the Miata here in North America and the Roadster in Japan) is an icon. And this evening, the company unmasked the fourth-generation model, which will go on sale sometime next year as a 2016 model. 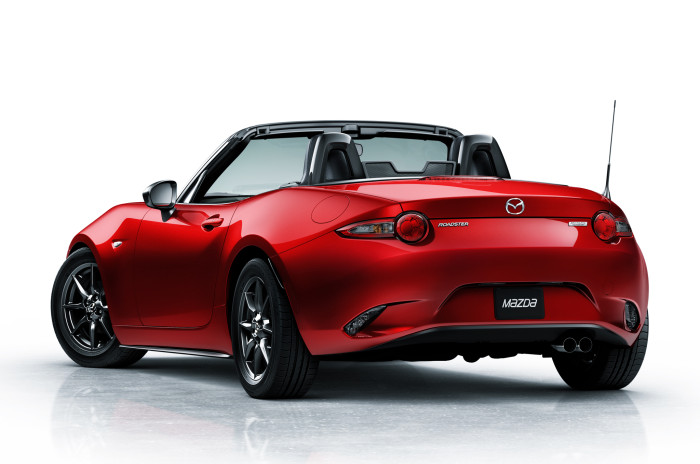 The new MX-5 (codenamed ND) features a lower, sloping nose and pronounced hips to emphasize its RWD configuration. The rear license plate mounts down low on the bumper for the first time, and we happen to think the car looks just as good with the top up as it does with the top down, almost like a shrunken Jaguar F-Type. And while no specifics regarding things like the powertrain were announced today, officials did let slip that the 2016 MX-5 Miata will be about 220 lbs. lighter than the current car, which is a result of Mazda’s Skyactiv engineering initiative that seeks out efficiency gains not just from a wispier body structure, but also less wasteful (but still fun) engines and transmissions. Needless to say, we and driving enthusiasts the world over are itching for our first taste of the new hotness. 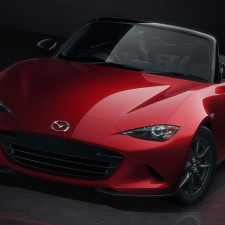 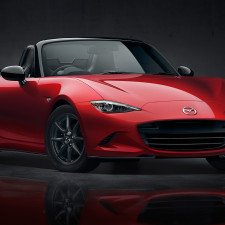 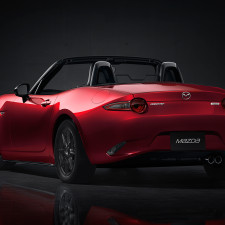 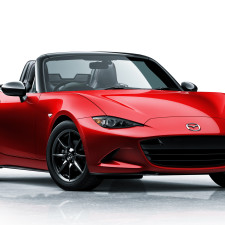 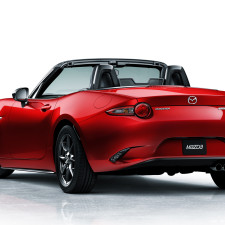 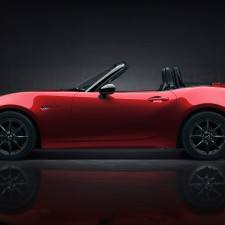 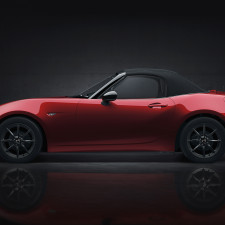 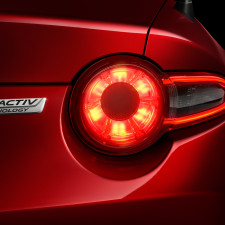 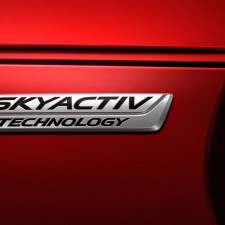 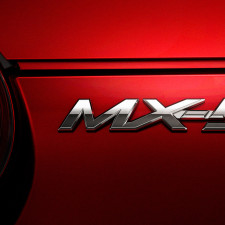 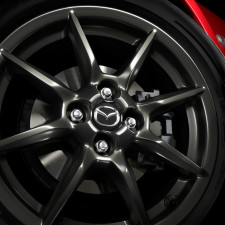 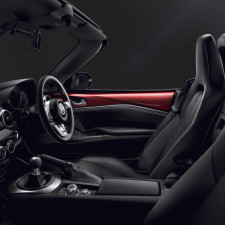 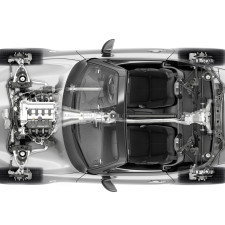 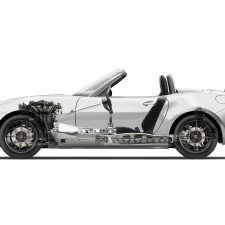 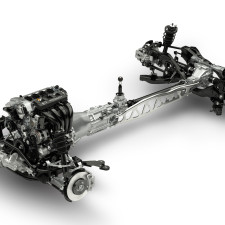