2016 Hennessey Venom F5 is Beyond Bonkers 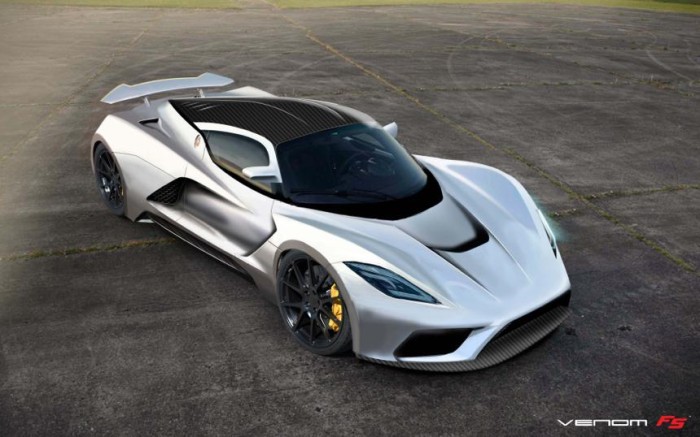 Although it may share a bunch of parts with the Lotus Elise/Exige, and it may not be the fastest production car ever in the eyes of the Guinness World Records people, there’s no denying that the Hennessey Venom GT is an incredible automobile. The mere idea of a Texas tuning shop building a 1,200+ horsepower hypercar that can go blow-for-blow with a Bugatti Veyron and all of the engineering might that its parent company (Volkswagen) was able to muster seems laughable, yet that’s exactly what John Hennessey and his team have been able to do. And they did it with a Mesozoic-tech two-valve-per-cylinder pushrod V8 (and two big-ass turbochargers) because, you know, ‘MURICA… 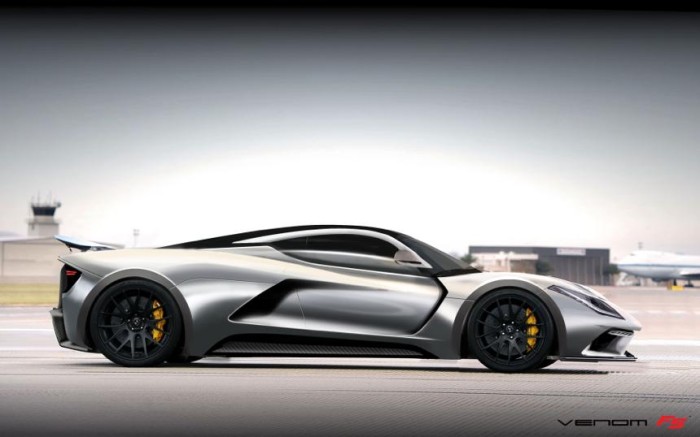 But there’s no way Hennessey could ever top the Venom GT, is there? Actually, it appears that there is: Meet the Hennessey Venom F5, with F5 referring to the highest number on the Fujita tornado rating scale. The overall shape is similar to that of the GT, but the F5’s skin has been resculpted to reduce aerodynamic drag while still providing roughly the same amount of downforce. A retractable rear spoiler and rear diffuser will also work to keep this car planted at insane speeds. 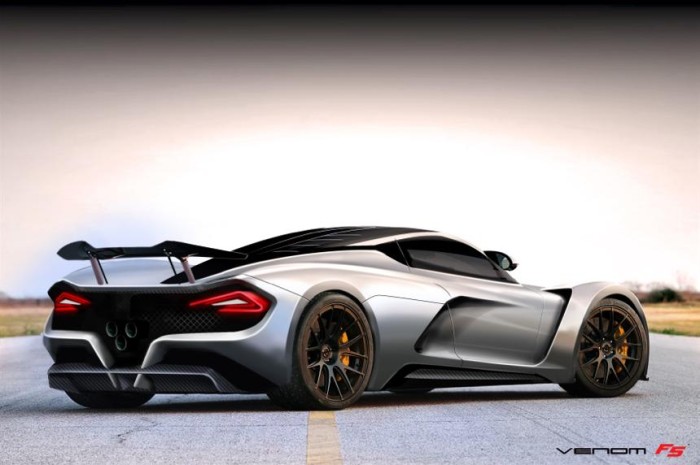 And with a projected 1,400 horsepower, you’d better believe the Venom F5 will be capable of insane speeds. Hennessey says they hope to top 290 mph with this thing, but concedes they’ll likely have to go to the Bonneville Salt Flats to do so. When that record attempt happens relative to the car’s 2015 in-the-metal (Composite?) debut and 2016 beginning of deliveries is yet to be determined, though there’s apparently no need to wait on the price: $1.2 million. Call us crazy, but that seems like a steal.