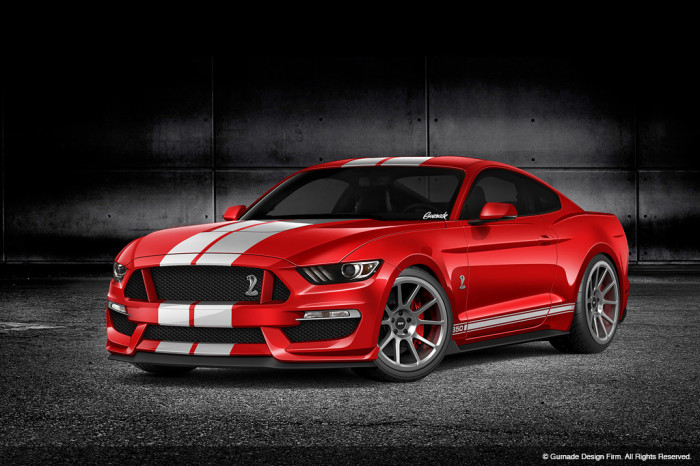 The new Ford Mustang builds on the successful formula established by the current car by adding a new engine (an optional EcoBoost turbocharged 2.3L inline-four) and independent rear suspension on all models. However, there is one notable subtraction from the present generation: The Shelby GT500 and all the rubber-atomizing hijinks to which its supercharged 5.8L V8 inevitably lead. Instead, early adopters who want enough horsepower to get them into trouble will have to make do with the GT and the lightly-updated 5.0L “Coyote” V8.

However, Mustang freaks who are willing to wait an extra model year will be rewarded with the availability of a new above-GT model. And it too will wear a name that’s a callback to Shelby Mustangs of old (though it might not actually have Shelby in the name): GT350. As the smaller number implies, it won’t be the chock-full-o-horsepower monster that the GT500 is; instead, it will be a track-day- and canyon-carving-focused machine in the vein of the recent Boss 302 and crosstown rival Chevrolet’s latest Camaro Z/28.

But instead of using the Camaro’s formula to produce 500-ish ponies (more displacement), the GT350 is expected to use a more exotic version of the Coyote (codenamed Voodoo) with a supercar-style flat-plane crankshaft, which we’re guessing will spin to somewhere in the vicinity of 8,000 rpm. Add to that a Nürburgring-honed suspension setup, beefy brakes and looks that are even a little similar to the superb rendering by Gurnade seen above, and you have a muscle car that should have no trading blows with a typical European super coupe. Of course, when pics and info pertaining to the real thing drop, you can bet you’ll be able to find them here.