Even though many teeth have been gnashed and hands have been wrung over Ferrari jumping on the industry-wide engine-downsizing-and-turbocharging bandwagon for its newest mid-mounted V8 model, the 488 GTB, it’s still an incredible machine. Of course, it would be even more incredible if it was also available with a folding convertible hardtop like the 458 from which it’s evolved (and the McLaren 650S, for that matter) to make it a true all-season supercar (minus AWD, of course). Thankfully, Ferrari agrees. 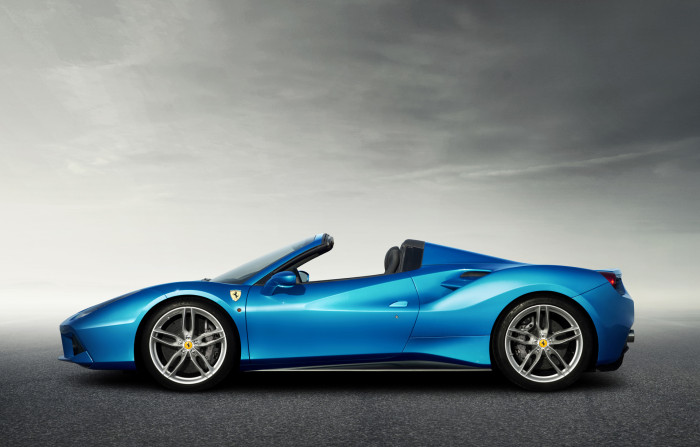 The 2016 Ferrari 488 Spider (Why did they stick with the “Spider” nomenclature and not revert to the “GTS” suffix to match the coupe’s “GTB?” Haven’t a clue; we gave up on looking for a method to Maranello’s modern model naming madness a while ago.) looks, unsurprisingly, like a 488 GTB with a retractable roof. That means the overall shape is pretty much the same as that of the 458 Spider, but with relocated and reshaped scoops, vents and character lines. However, the aluminum spaceframe chassis underneath has been thoroughly revised, so much so that Ferrari claims it’s 23% stiffer than the 458 Spider’s already rigid skeleton. 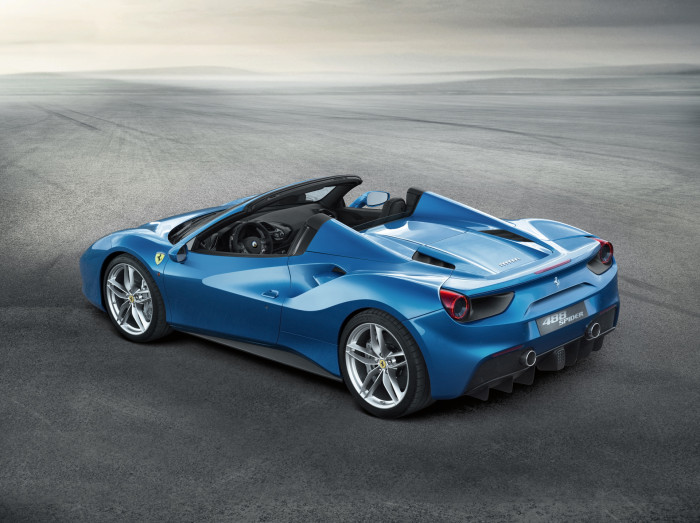 That extra firmness is a very good thing, not just because it allows for suspension tuning that’s even more on par with that of the coupe, but because it can help rein in the 3.9L twin-turbo V8’s 661 horsepower and 560 lb.-ft of torque. Those figures, incidentally, are the same as those of the enclosed car, while the claimed performance figures – 0-62 mph in 3.2 seconds and a 203 mph top speed – are just a hamster’s nosehair slower than the GTB’s corresponding digits. Further details (including, presumably, pricing info) will be announced when the 488 Spider makes its in-the-metal debut at the Frankfurt Motor Show in September. Until then, these pretty pictures and this all-too-short video will have to tide us over. 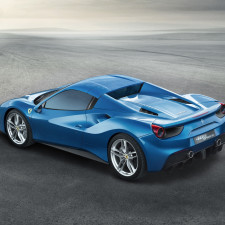 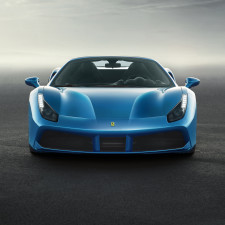 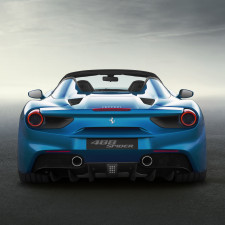 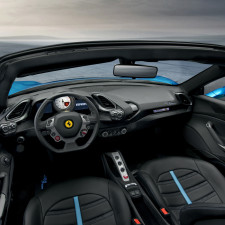