The Ferrari 458 Italia (and its professional kickboxer sister, the 458 Speciale) is, by far, the best mid-engined “cheap” Ferrari in history. However, as stupendousas its naturally-aspirated 4.5L V8 is, the winds of change are blowing through Junior Supercarville; thanks to increasingly ambitious fuel economy and emissions mandates by governments at all corners of the globe and a horsepower war that just keeps on raging, atmo engines are falling out of favor, while turbocharging (and, in the case of the new Acura NSX, turbocharging and hybridization) is becoming increasingly fashionable. Not wanting to be left behind, the lab rats in Maranello have, as predicted last summer(though off by a model year), created the massively-updated 458 you see here: The 2016 Ferrari 488 GTB. 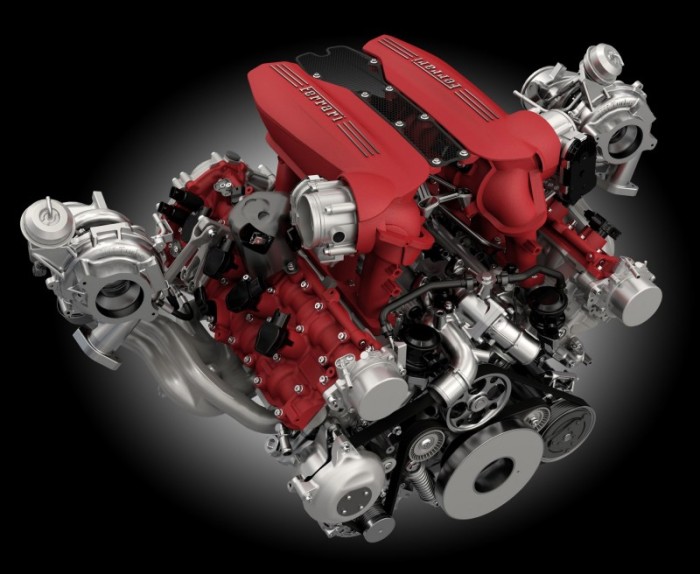 In a return to a model-naming-convention of old, the “488” in the name refers the displacement in cubic-centimeters of each of the 3.9L twin-turbo V8’s cylinders; the “GTB” is short-hand for Gran Turismo Berlinetta, a label that has, for many moons, been Ferrari-speak for coupe, so we’re guessing the inevitable open-top version will be called the 488 GTS (although given some of the rather zany monikers the company has cooked up in the last decade or so, it’s probably just as likely to be called something like 22 Jupiter $ Buttmunch…). That engine, incidentally, is rated at 661 horsepower and 561 lb.-ft of torque. Not only do those figures represent increases of 64 and 163, respectively, over the mighty 458 Speciale, but they also smash the McLaren 650S’s peak outputs by 20 horsepower and 61 lb.-ft. The lone transmission remains a 7-speed dual-clutch unit. Clearly, the custodians of Enzo’s legacy mean business. 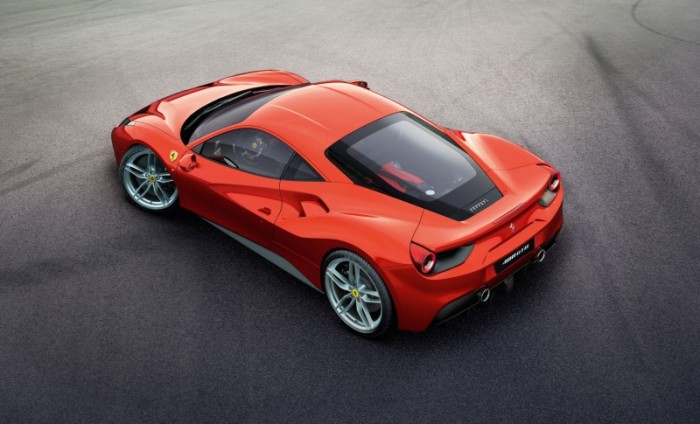 Ferrari says that that extra punch is enough to chuck the 488 GTB – which is easily distinguishable from its predecessor on the outside via new front and rear fascias, a new front trunklid and large scoops in the quarter panels that help satisfy the twin-scroll turbos’ voracious appetite for air – to 62 mph in 3 seconds flat and on to a top speed somewhere beyond 205 mph. And thanks to a claimed downforce increase of a massive 50%, the 488 GTB managed to lap the company’s private test track at Fiorano in a minute and 23 seconds, or about half a second faster than the 458 Speciale’s best time. Yeah, this thing is a monster…a monster that will be on public display for the first time at next month’s Geneva Motor Show. Consider yourselves warned… 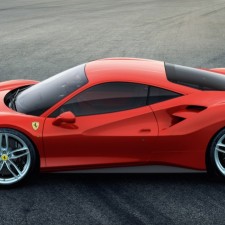 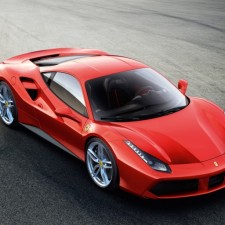 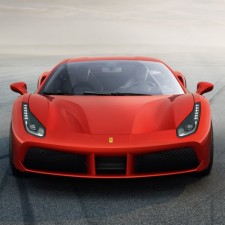 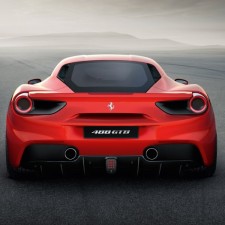 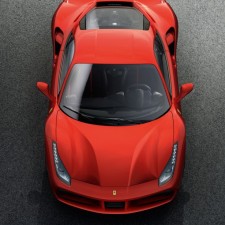 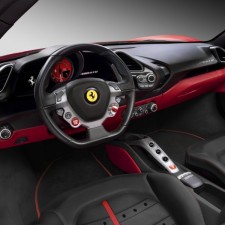 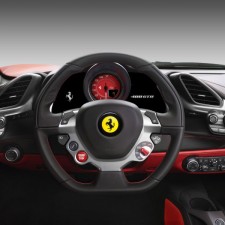