2016 Chevrolet Camaro Slims Down but Muscles up [w/ Video] 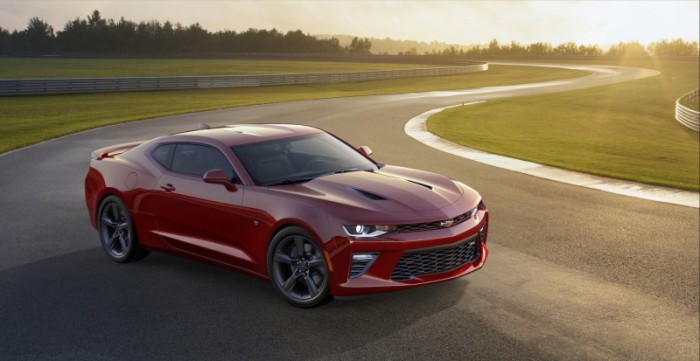 When GM pulled the plug on the Chevrolet Camaro (and its corporate sister, the Pontiac Firebird) at the end of the 2002 model year, we all thought, “Well, so much for the Mustang’s last direct competition.” Thankfully, the General came to its senses and introduced a retro-riffic fifth-generation Camaro as a 2010 model. But even though it looked, well, bitchin’ and featured such goodies as a detuned LS3 cribbed from the Corvette and the first independent rear suspension in the model’s history, it was a bit of a pachyderm. Being based on a large-ish sedan (specifically the Holden VE Commodore/Pontiac G8) will do that, so the development team’s hands were a bit tied in that regard. But what would happen if they had a lighter, more limber platform to work with? The answer is the all new 2016 Chevrolet Camaro. 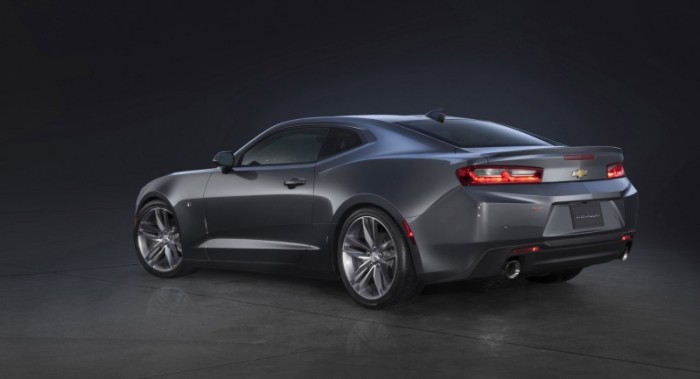 Yes, we did say all new. Certainly the styling leans far more toward “evolution” than “revolution,” but there are some clear visual giveaways that this is a whole new pony car: The LED-intensive front lighting, the sculpted hood, Corvette–aping taillights, and a decidedly more fastback roof profile that subtly nods to the early Gen 2 Camaros. Inside, the 2+2 cabin is still super-intimate in terms of outward visibility, though at least a rearview camera is standard across the board; the camera’s pictures are piped to a massive center stack touchscreen display, on which you can control all sorts of vehicle systems and functions via Chevrolet MyLink. 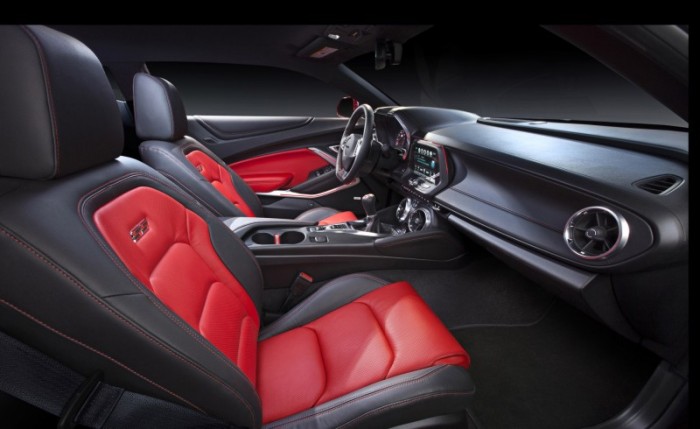 But the big news is where you can’t see: The sixth-generation Camaro has dropped the Dad-Bod-on-wheels Zeta platform for the slim-and-trim Alpha architecture that provides the bones for the Cadillac ATS and CTS. The result is a bare body shell that Chevy says is a full 133 lbs. lighter than that of the Camaro5, while total curb weight is down by more than 200 lbs. Overall length has dwindled by 2.3” (to 188.3”), the wheelbase has shrunken by 1.6” (to 110.7”), and width has diminished by 0.8” (to 74.7”), so maneuverability should be improved a fair amount. A Drive Mode Selector, super-lightweight suspension arms and (optional on the range-topping SS) GM’s famed Magnetic Ride Control dampers will also help the new Camaro change direction faster than a muscle car should be able to do so. 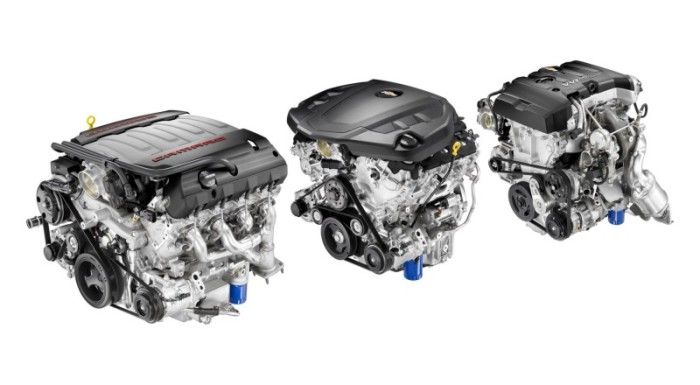 As for engine choices, variety carries the day. Starting at the bottom, there’s a turbocharged 2.0L inline-four (the first Camaro four-banger since 1985 and the first ever factory turbocharged Camaro mill) rated at 275 horsepower and 295 lb.-ft of torque; contrast this with Ford’s positioning of the Mustang’s EcoBoost 2.3L four as the mid-level powerplant. Next up there’s an all new 3.6L V6 featuring direct injection and cylinder deactivation and producing 335 horsepower and 284 lb.-ft. Finally, there’s the king of the hill (for now…) SS and its 6.2L LT1 V8, making a very-stout 455 horsepower and 455 lb.-ft. All three engines can be matched to either a 6-speed manual or an 8-speed automatic transmission, the latter featuring paddle shifters. 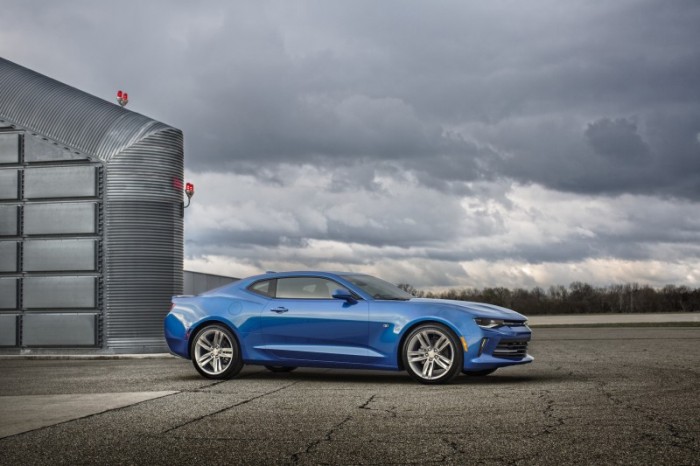 No pricing or performance specifics have been announced yet, and we’re guessing it won’t be until the car’s autumn on-sale date draws nearer that those digits are made public. And with a fresh new Camaro and Mustang on the scene, we now can’t help turning our eyes toward Chrysler and wonder what it has in store for the next Dodge Challenger. This is gonna get goooood… 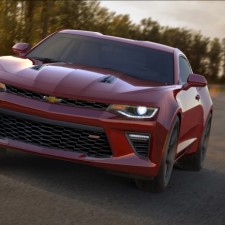 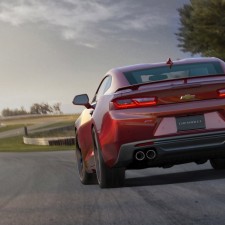 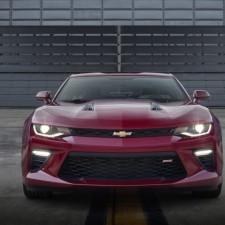 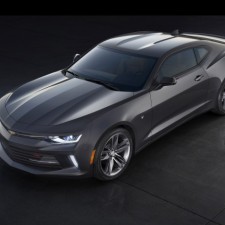 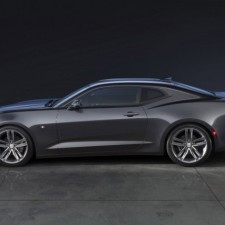 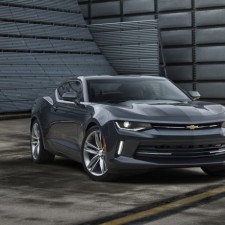 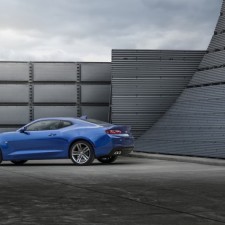 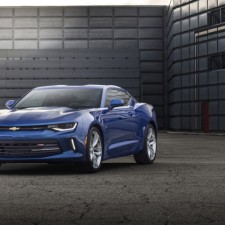 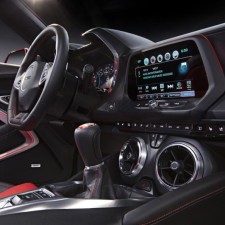 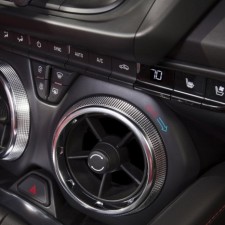 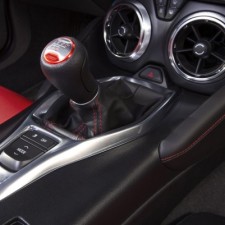 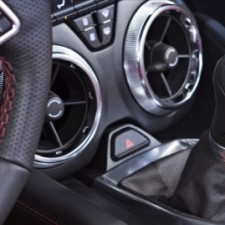