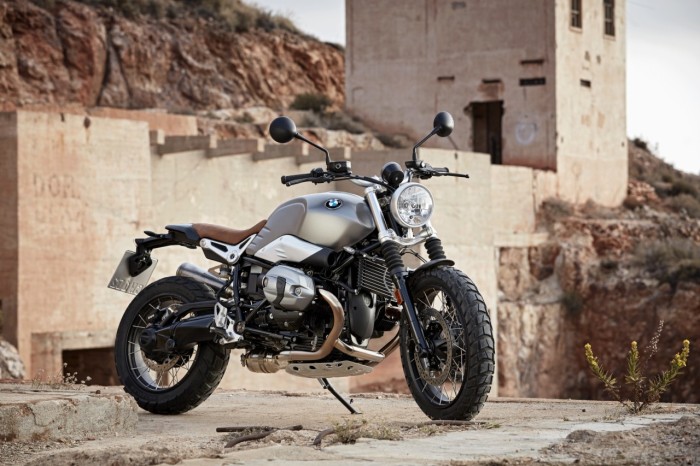 The scrambler subspecies of motorcycle is red hot right now, particularly among the OEMs. Consequently, it was pretty much a matter of when, not if, BMW would cook up its own soft-roading sport bike. And the motorcycle in question – the 2016 BMW R nineT Scrambler – is sure to be a front-runner in this fast-growing segment. 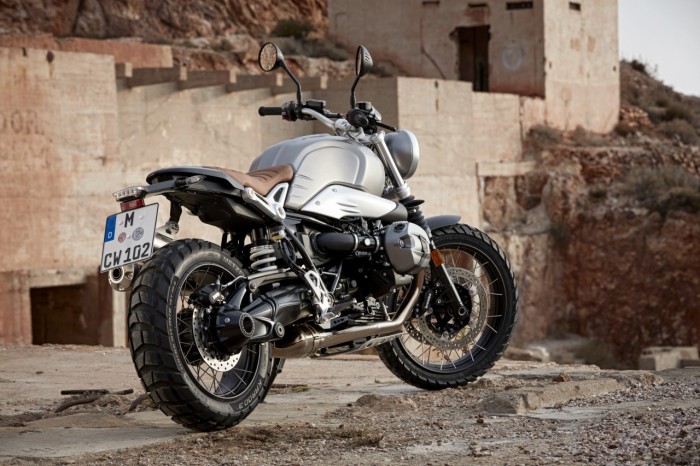 Based, as you’ve probably suspected, on the regular R nineT, the Scrambler uses the same basic frame and gets power from the same 110 horsepower 1,170 cc air-cooled flat-twin driving the rear wheel via a propshaft. In other words, it adheres to the classic BMW Motorrad formula. But there are some significant changes, even compared to the standard R nineT. First up, there’s a 19” front wheel rather than a 17” one, which is still the size of the rear wheel (though the rear tire is 10 mm narrower). BMW has also replaced the R nineT’s inverted front fork with a conventional one, which has helped increase both the wheelbase and the amount of suspension travel. 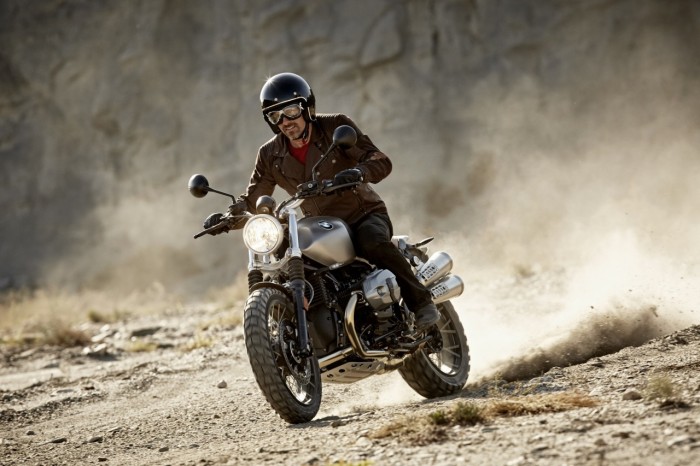 Furthermore, the seat is about 1.4” higher (32.3” off the ground), but also slightly narrower. The handlebars are a bit closer to the rider and the footrests have been lowered, while the exhaust system and various wires and hoses have been reroutedand fitted with skid plates to make them less vulnerable to damage if the underbelly of the bike comes in contact with an obstacle. On the whole, it sounds like the R nineT Scrambler is an altogether more comfortable and more capable motorcycle than the one on which it’s based, and that sounds good to our ears. 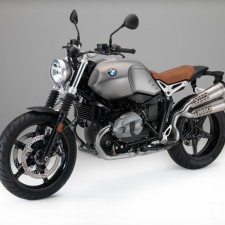 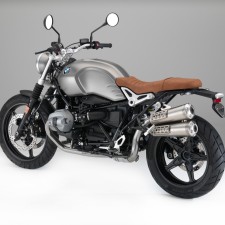 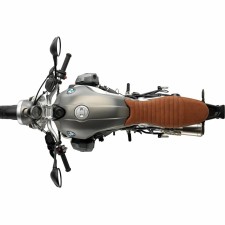 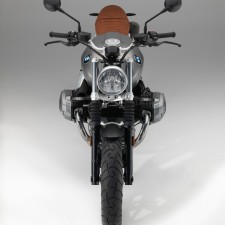 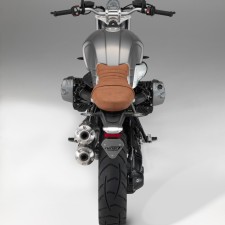 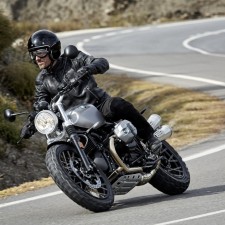