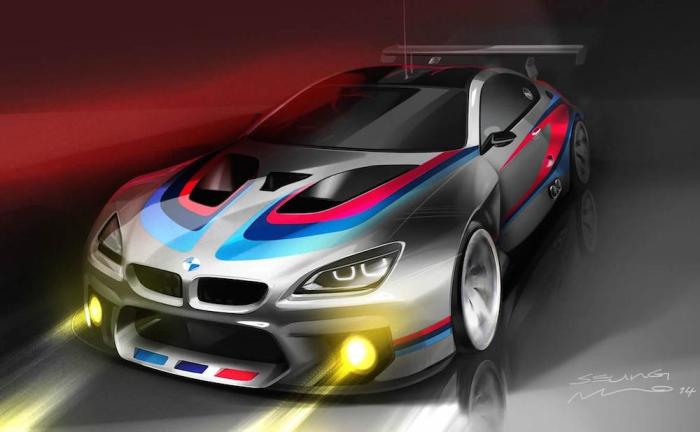 As GT3 racecars go, the BMW Z4 GT3 is an odd duck. For one, it’s powered by a V8 engine, whereas the roadgoing Z4 is only available with inline-fours and inline-sixes. And while it can hold its own against other GT3s in the turns, it tends to fall flat on its face on the straightaways regardless of which series in which it’s running. Same has been true of the Z4 GTE, the modified version that runs in the Tudor United Sportscar Championship’s GT Le Mans class.

However, the roadster-derived racer will be put out to pasture after next year in favor of the M6-based machine seen here in official renderings from BMW. Unlike the Z4, the M6 GT3 will use an upgraded version of the production model’s engine (the S63 4.4L twin-turbo V8); like the Z4, it will be available to customers worldwide to use in any series that uses the FIA’s GT3 rule package, including Pirelli World Challenge and TUSC GT Daytona, which will adopt GT3 regulations verbatim starting with the 2016 season. Pretty good timing, huh?