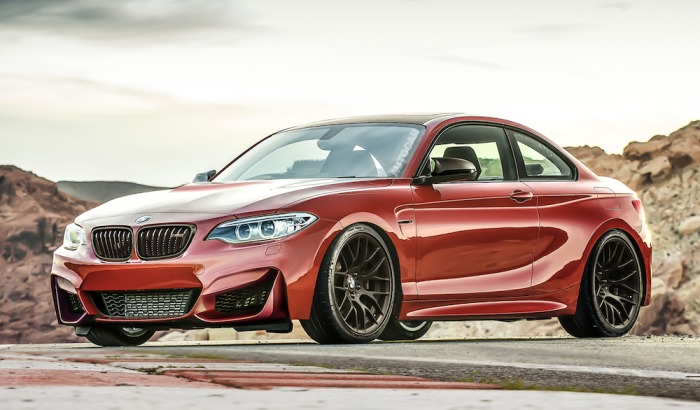 As automotive instant collectibles go, few made within the last decade can hold a candle to the BMW 1 Series M Coupe. Granted, the current M235i is nearly as fast, but its much greater abundance, styling that’s basically identical to that of the more pedestrian 2 Series models, and the fact that it isn’t a full-blown M Car conspire to make it altogether less special. However, BMW and M GmbH have something special waiting in the wings and, if these renderings from Autocar are any indication, the M2 (as it will most certainly be called) will look as spectacular as it will perform. 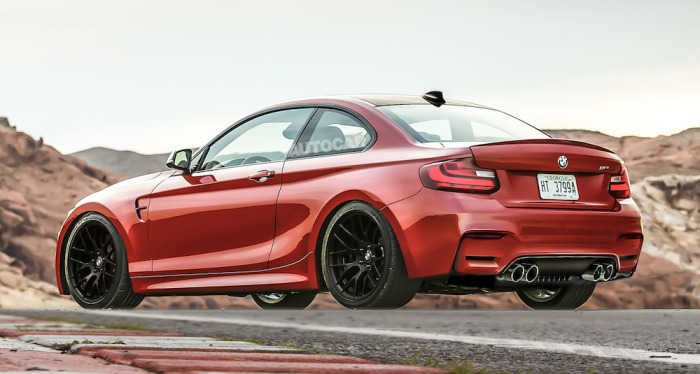 Flared fenders have been found on many M Cars over the years, and Autocar’s forecast of the M2 doesn’t disappoint in this regard, teaming them with chubby wheels and tires, M3/M4-like fascias front and rear, and a ground-hugging stance. A completely-new turbocharged 3.0L inline-six (different even from the one powering the M3 and M4) producing somewhere between 370 and 400 horsepower and a choice of a 6-speed manual or 7-speed dual-clutch transmission should help scoot this super coupe to 62 mph in around 4.4 seconds and onward to a computer-capped 155 mph top speed. Uggh…this is going to be one excruciating wait…