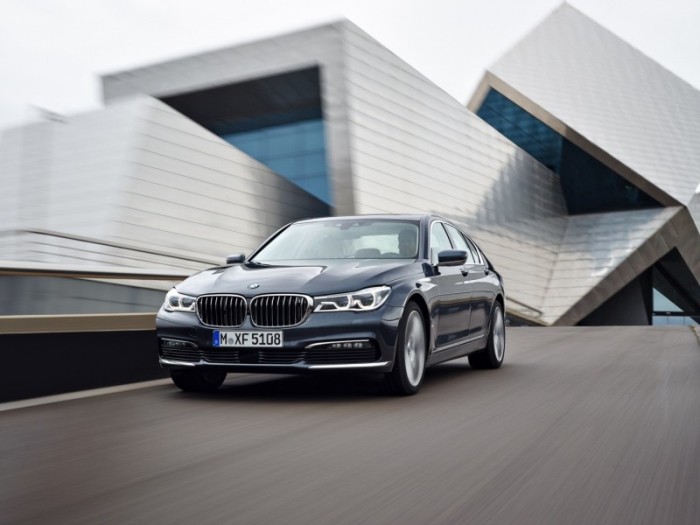 Although BMW has been billing itself as the builder of “The Ultimate Driving Machine” for decades now, it has also been building large luxury sedans in the form of the 7 Series for almost as long. And while the biggest passenger car BMW has to offer might not be the sort of corner-carving grin-summoner that its smaller sedans are, it’s generally regarded as a more engaging drive than the average Mercedes-Benz S-Class, Lexus LS and so on. And the new sixth incarnation of the Bavarian barge packs some upgrades that ought to make it even lighter on its feet. 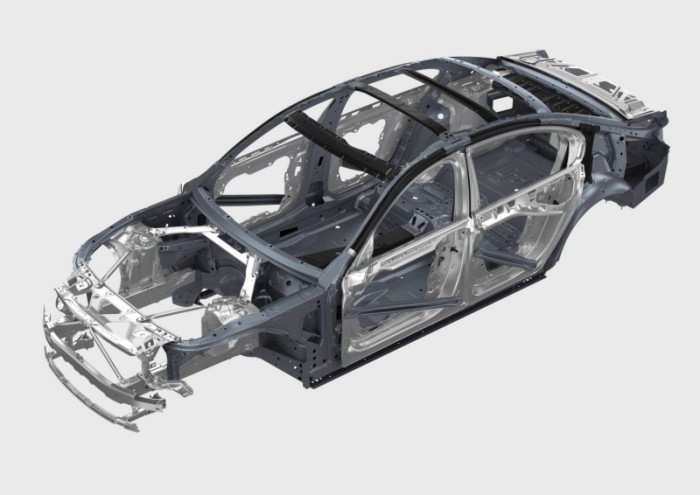 For starters, the body shell of the 2016 BMW 7 Series (which is slightly larger than its predecessor and, at least here in North America, long-wheelbase-only) is made primarily of steel and aluminum; however, several key components – mostly around the door openings – are made of carbon fiber. The addition of the composite to the materials mix dovetails with the company’s use of the stuff on its various i and M models, and helps drop overall curb weight by about 190 lbs. compared to a comparable current gen 7er. Agility (and, it must be said, comfort) is further enhanced by Active Comfort Drive with Road Preview which, like the similar system fitted to the S-Class, uses a pair of forward-facing cameras and other sensors to scan the road ahead for rough spots and adjust the air suspension system and adaptive dampers to cope with them before the car actually passes over them. 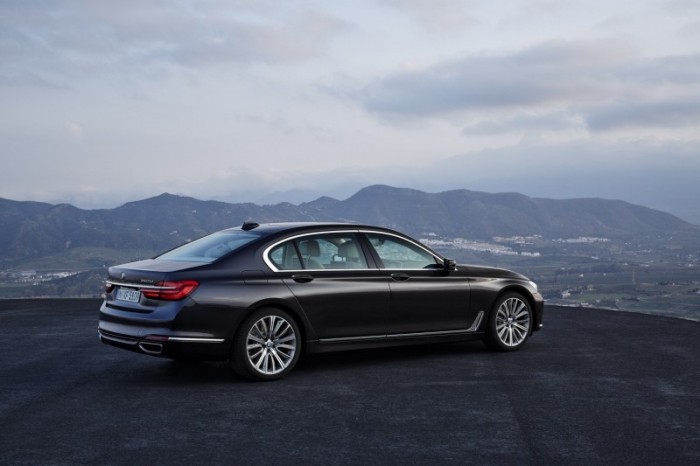 As for the drivetrains that will be causing you to pass over those rough spots, they look pretty familiar: The starter 7 Series for our market, the 740i, uses a turbocharged 3.0L inline-six rated at 320 horsepower, while the 750i features a 4.4L twin-turbo V8 making 445 horsepower. Both engines are married to an 8-speed automatic transmission, and xDrive AWD is standard on the V8 and optional on the six. And sometime next year, the 740e xDrive – an AWD plug-in hybrid version featuring a turbocharged 2.0L inline-four and a projected 23 mile electric-only range – will land on our shores. 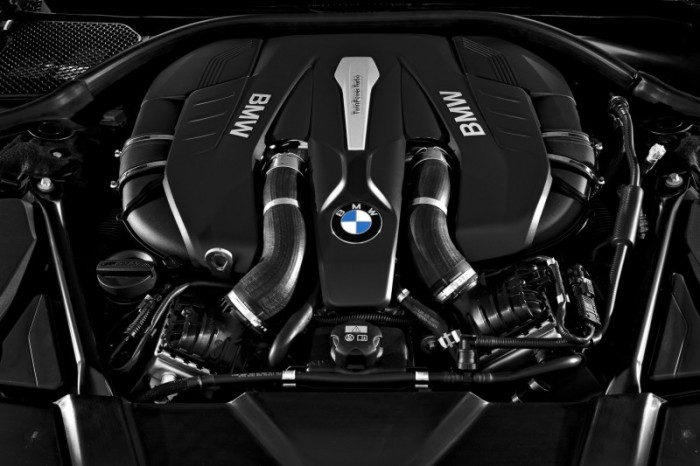 Additionally, the latest big BMW features such nifty features as gesture-based control for the audio, climate and telecommunications systems, wireless charging for smartphones and other portable doodads, and a Panoramic Sky Lounge LED Roof. Unfortunately, many of the new 7’s other way-cool features – namely laser headlights and the ability to pull itself into and out of your garage without anyone in it via the push of a button on the key fob’s touchscreen – will not be coming here any time soon, because “One nation under lawyers” and all that good stuff. 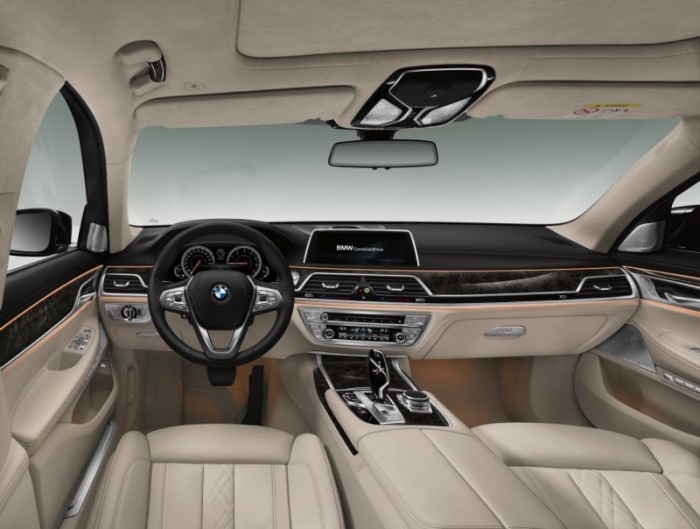 However, if you don’t mind driving into your garage the old fashioned way and want to make one of these big Bimmers yours, be ready to shell out a minimum of $81,300 (plus destination and handling) for a zero-options 740i, and $97,400 (plus D & H) for a 750i xDrive. Those figures are right in line with the ones the 7’s competitors command, so you can bet there are a lot of sleepless nights in Stuttgart, Ingolstadt and Toyota City in the months and years ahead. 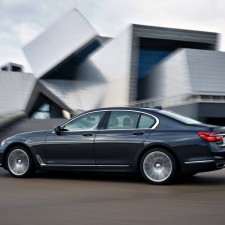 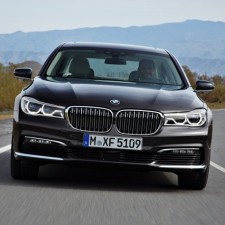 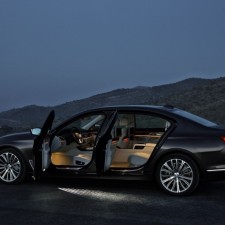 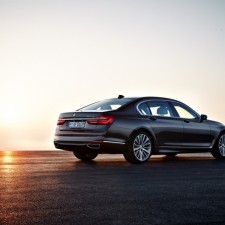 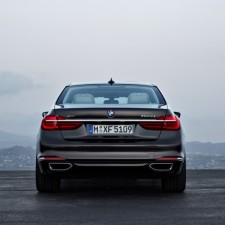 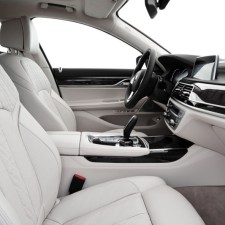 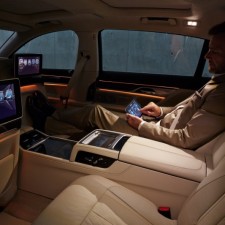 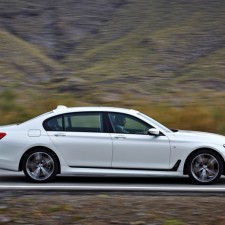 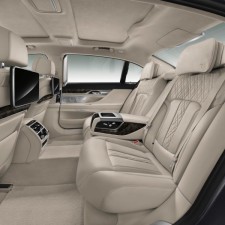 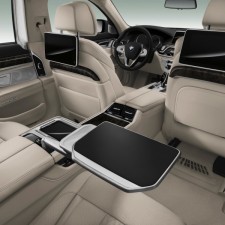