Up until the mid-1980s, Alfa Romeo was routinely mentioned in the same breath as BMW as a maker of fine, fun, rear-wheel-drive European sport sedans. Unfortunately, chronic financial woes finally drove the beloved Italian brand into the (comparatively) cash-flush arms of the Fiat conglomerate in 1986, and the wildly-entertaining 75 (Milano to us Yanks) – with its gutsy V6 and rear-mounted transaxle for better weight distribution – was replaced with a succession of front- and front-based-all-wheel-drive midsize sedans. These cars were, by many accounts, still snappy, but to call them serious rivals to the 3 Series (and the many pretenders to its throne which have come along since) was far-fetched. But now, after decades of waiting, the Alfisti of the world once again have a RWD four-door to call their own…and the Germans have some severe headaches in their immediate future. 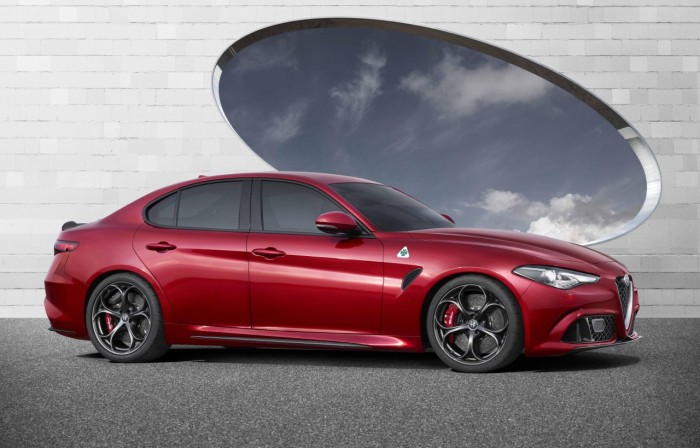 It’s called the Alfa Romeo Giulia (reviving a name the company used on sporty compact models from 1962 to ’78), and while it may look incredibly sexy, it’s much more than just a pretty face. It utilizes a shortened version of the platform on which the current Maserati Ghibli and Quattroporte are built, with 50:50 front-to-back weight distribution, a torque-vectoring differential and, at least on the Giulia Quadrifoglio seen here, an automatically-adjusting front splitter. 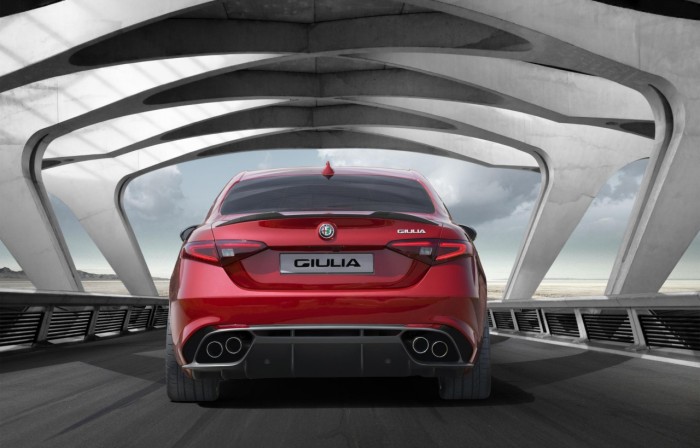 And in addition to the aforementioned active splitter and other styling tweaks compared to less potent Giulias, the Quadrifoglio is expected to feature a Ferrari-developed 3.0L twin-turbo V6 generating 510 metric horsepower (503 horsepower on SAE’s scale). Alfa says that will launch the hottest of Giulias to 62 mph in 3.9 seconds. As for other engine options, transmissions and other stats (as well as when it will be in showrooms over here), Alfa Romeo is remaining coy on those for the time being. However, based on what we’ve seen and heard so far, we have every reason to believe that the lives of M3 and C63 AMG owners are about to get noticeably more depressing.