2015 Shelby Super Snake is One Way to Skin a Hellcat 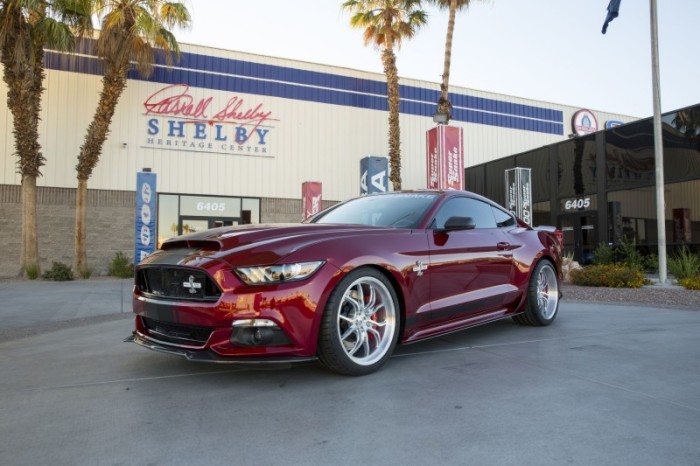 Dodge’s blower-whine wonder twins – the Challenger SRT Hellcat and Charger SRT Hellcat – easily rule the modern OEM-built muscle car roost. However, if you include aftermarket tuners in the mix, the demonic Dodge duo’s dominance dwindles dramatically. And the latest threat to that dominance comes from the desert outside Sin City. 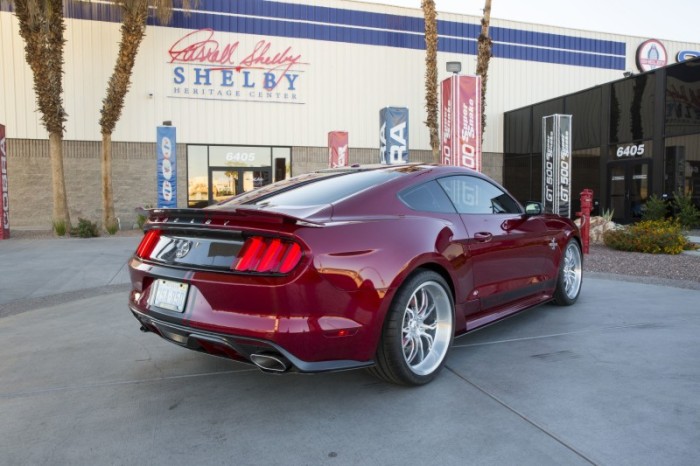 Now, you might recall Shelby American already revealed a Shelby GT tuning package for the all-new Ford Mustang back in January. Well the new Shelby Super Snake is essentially a Shelby GT that’s spent even more time at the gym. There’s a different carbon fiber hood with an extra-wide scoop and power bulge, a Super Snake windshield banner decal, and Super Snake badges for the grille, front fenders and rear fascia, in addition to all of the GT’s exterior goodies. The interior story is similar, too, with reupholstered and embroidered seats, a carbon fiber auxiliary gauge pod atop the dashboard, and a short throw shifter for the 6-speed manual transmission (Because it’s now based on a Mustang GT rather than a GT500, this is the first Super Snake to feature an optional 6-speed automatic transmission.), to name the highlights. 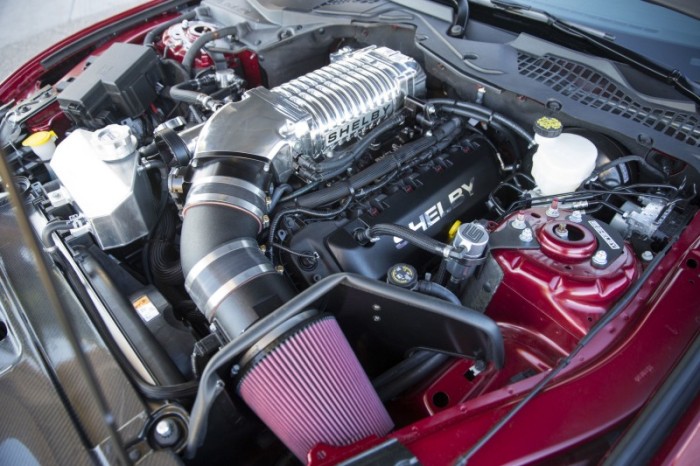 Of course, the real highlights of the Super Snake package reside under the skin. There’s an upgraded suspension, Wilwood brakes with 6-piston calipers, a 3.73:1 final drive, strengthened halfshafts, Borla exhaust system and a collection of engine upgrades (chief among them a Kenne Bell or Whipple supercharger) that extracts more than 750 horsepower from the 5.0L V8. So this is one Mustang that will go fast in more ways than one: Shelby will perform a mere300 Super Snake conversions during the 2015 model year, and will charge $49,995 (plus the cost of a donor 2015 Mustang GT) to do so. Best of luck, Hellcat drivers… 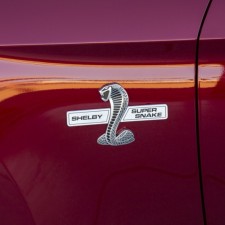 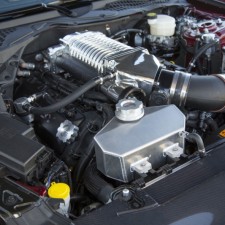 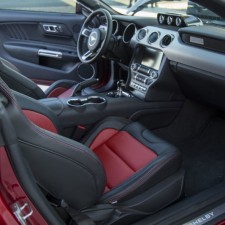