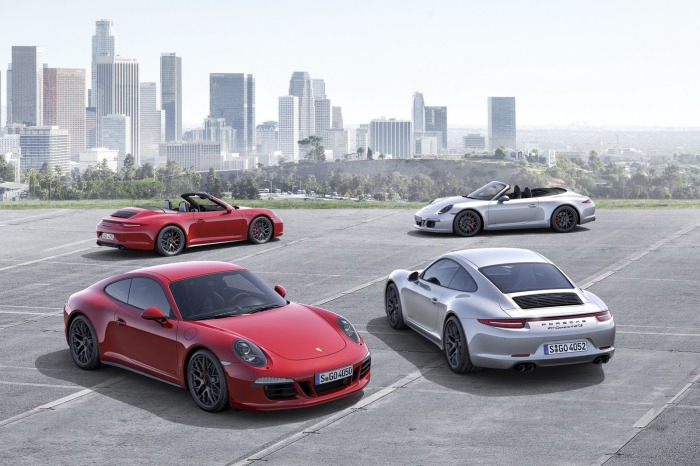 It’s not a very big metaphorical leap from the Porsche 911 Carrera and the 911 Carrera S, but there is a pretty sizable one between the 911 Carrera S and the GT3. If only there was some sort of intermediate step between the well-rounded 400 horsepower former and the snarling, laser-focused 475 horsepower latt…what’s that? Porsche is taking care of it? Huh. Real Jürgens-on-the-spot, those guys… 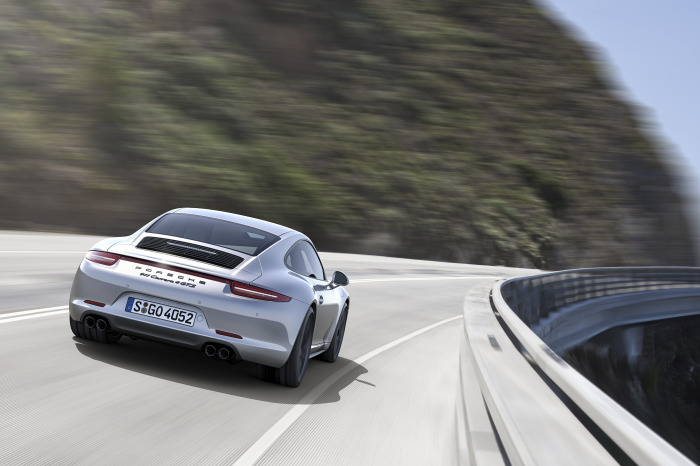 The 2015 911 Carrera GTS – and its AWD stablemate, the 911 Carrera 4 GTS – is, unlike the GT3, available in both coupe and convertible forms, though even the rear-drive models use the four-paw 991’s flared rear fenders. There are further exterior revisions (such as a new front bumper, 20” center-lock wheels and “GTS” lettering on the engine cover and doors), plus a four-seat interior (provided the two rearmost seats are occupied by representatives of the Lollipop Guild) adorned in acres of Alcantara. 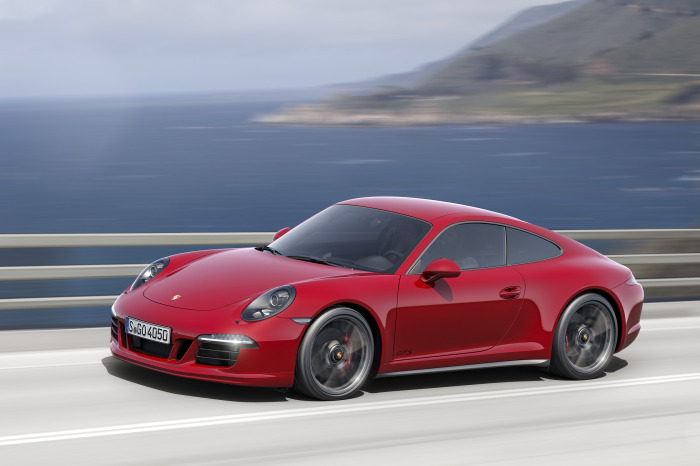 As for what will be pressing you into those seats, that responsibility falls to a Carrera S-sourced 3.8L flat-six that’s been fitted with that model’s optional Powerkit as standard equipment. The resulting 430 horsepower is transmitted to the tires via either a 7-speed manual or 7-speed PDK dual-clutch transmission. Sales are set to begin sometime next month (we’re guessing during or shortly after the Los Angeles Auto Show), with base prices ranging from $114,200 for a 911 Carrera GTS Coupe to $132,800 for a 911 Carrera 4 GTS Cabriolet. 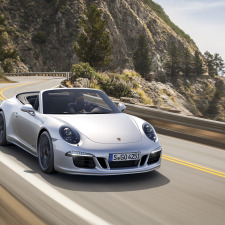 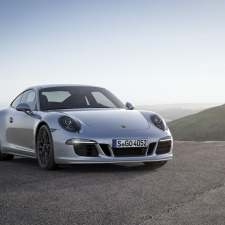 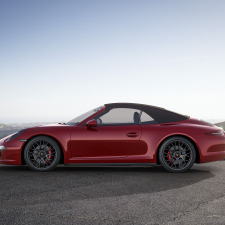 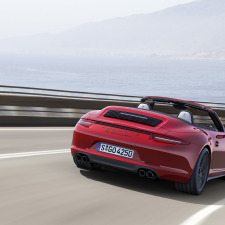 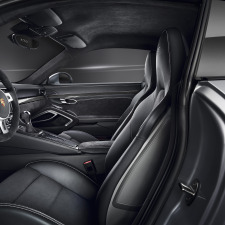 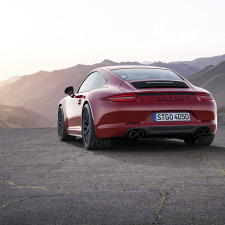