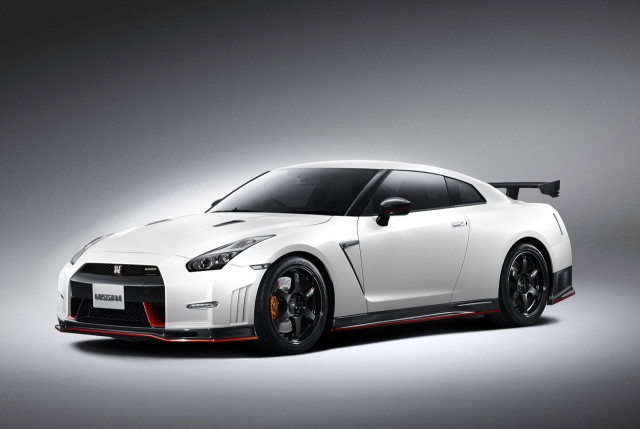 Prior to 2008, the name “Nissan GT-R” conjured up images of a fat-fendered Skyline coupe with a fire-breathing twin-turbo straight-six and a high tech AWD system. With the arrival of the R35 GT-R for the 2008 model year, the car affectionately known as Godzilla branched off from the Skyline’s evolutionary path, becoming a supercar all its own. And it is a truly super car, capable of wiping the floor with European exotics costing much, much more.

Of course, as the aftermarket tuners of the world have proven, Nissan leaves a lot of performance potential on the table. Sure, the company has released a couple extra-strength GT-Rs like the Black Edition and the Track Edition, but not a truly hardcore, sharper, more powerful, super-stiff crazypants version. Not until now, that is: Say “Konichiwa!” to the worst news Porsche, Ferrari and friends have received in a long time, the 2015 Nissan GT-R Nismo. 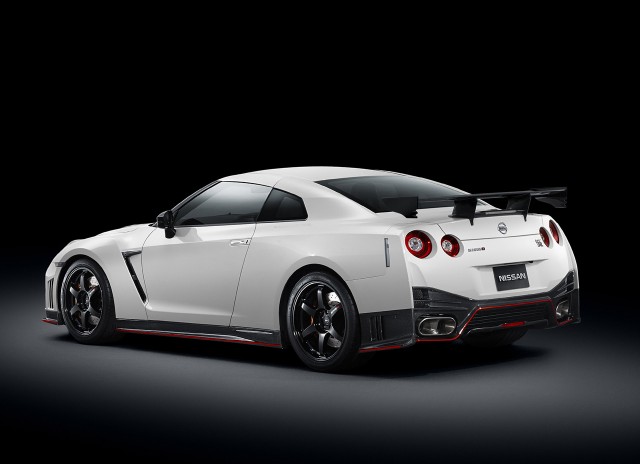 The new front fascia features a carbon fiber splitter and extractor vents ahead of the front wheels, while the back features a sizable carbon fiber spoiler on the decklid and reshaped carbon fiber lower fascia/diffuser. The extended side skirts are also carbon fiber and, like the splitter and diffuser, feature a thin red stripe that encircles the vehicle. The black exterior mirrors also feature red stripes, while the Nismo logo adorns the front grille insert, rear fascia, and each of the gloss black 20” forged RAYS wheels. Cover it in a snazzy livery and some sponsor decals and it could easily pass for a GT racecar. 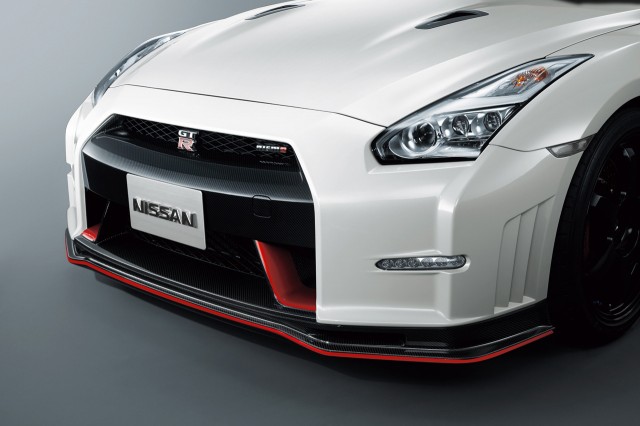 Speaking of racecars, the GT-R Nismo’s suspension setup is claimed to be derived from that of the factory-backed GT-R that contested the 2012 24 Hours of Nürburgring. The rear anti-roll bar is a hollow 17.3 mm piece designed to save weight and increase roll stiffness, while the front suspension has stronger bolts holding the hubs assemblies on and additional links to provide better straight-line stability and more consistent caster during hard cornering. The springs and electronically-controlled Bilstein dampers at all four corners have been re-tuned, and many of the standard GT-R unibody’s spot welds have been supplemented with chemical adhesive to further boost chassis rigidity. 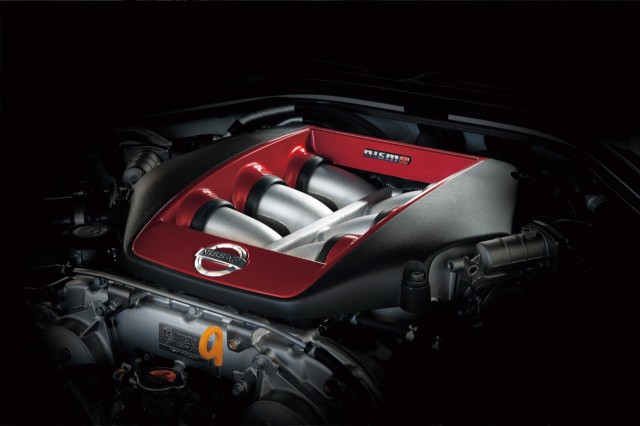 And you’re going to be needing that extra rigidity with that extra power under the hood. The 3.8L twin-turbo V6’s turbochargers are a bit bigger, and air’s path into the engine and the ignition timing for each cylinder have been optimized. The result is 600 horsepower (up 55 from regular GT-Rs) and at least 479 lb.-ft of torque, while the horsepower peak is now reached at 6,800 rpm rather than 6,400. No word if any upgrades have been made to the 6-speed dual-clutch transmission or the all-wheel-drive system.

There’s also no word if there’s any truth to the rumor from a few months ago that the GT-R Nismo will be able to blitz to 60 mph from a standstill in two seconds flat. However, we do know that it can lap the Nürburgring Nordschleife in just a skosh over seven minutes and eight seconds, as demonstrated below by Nissan factory driver Michael Krumm. You can see more than a few times where the former Super GT GT500 champ was glad to have the extra downforce provided by the Nismo-specific aero package (Nissan says it adds 220 lbs. of downforce at 186 mph.). Expect this dish of three-alarm automotive wasabi to hit Nissan dealers in most international markets (though U.S.-bound examples will apparently be bereft of the booty-hugging carbon-fiber-shelled Recaros destined for everywhere else; stupid NHTSA side airbag mandate…) during the first half of 2014, and expect it to be way, way cheaper than other track-ready sports cars like the Mercedes-Benz SLS AMG Black Series and Ferrari 458 Speciale. 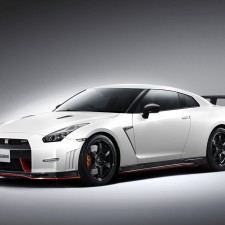 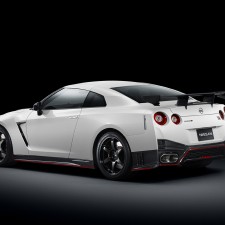 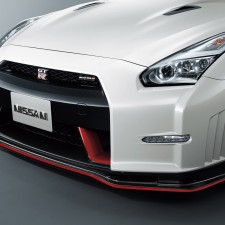 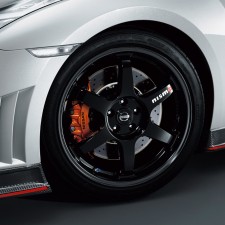 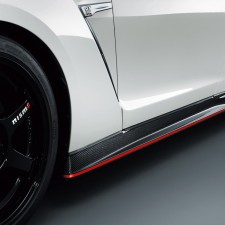 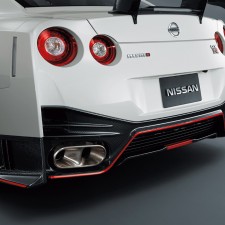 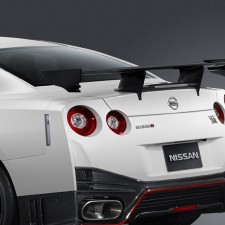 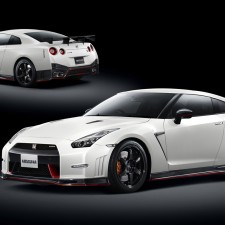 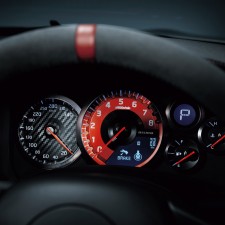 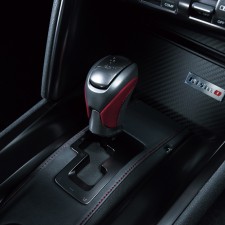 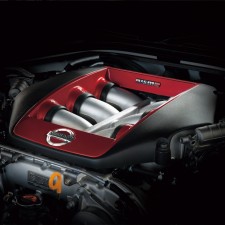 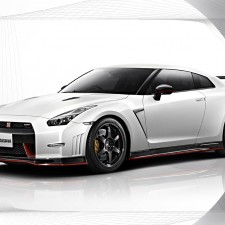